Andy Ruiz Jr vs. Chris Arreola: Will you pay to watch it?

By Dan Ambrose: Andy Ruiz Jr will be looking to salvage his career this Saturday night against Chris Arreola in a pay-per-view fight on Fox Sports in Carson, California.

This is the first step of Ruiz’s journey to get a trilogy fight with Anthony Joshua, which will pay him millions.

Although Ruiz says he wants to beat Joshua to win his titles, one gets the sense that what it’s really about is getting another big payday.

Former IBF/WBA/WBO heavyweight champion Ruiz (33-2, 22 KOs) and his promoters have been taking flak from boxing fans for selling his comeback fight against 40-year-old Arreola (38-6-1, 33 KOs) on Fox PBC Sports PPV for $50.

It’s not just the fact that it’s a low-level fight to be selling it on PPV; it’s also the timing. The pandemic is still raging across the United States, and it looks odd that a subpar heavyweight match-up like the Ruiz – Arreola fight would be sold on PPV.

Ruiz lost his last fight against Anthony Joshua in 2019, and he looked terrible in that fight, trying to get around the ring while weighing in the 280s.

Ruiz dumped his trainer Manny Robles after the fight, which didn’t go over well for fans.  Now, Ruiz is with Canelo’s trainer Eddy Reynoso, who has helped him trim down to 257.

We don’t know how many buys that organizers of the Ruiz-Arreola card need to break even. It won’t be surprising if it’s around 200,000. If they need more than that, you got to wish them luck.

Arreola’s last big victory was arguably 12 years ago when he defeated Jameel McCline in the fourth round in 2009. All Arreola’s victories since then have come against less than spectacular opposition.

“I’m ready to prove to not only the world but to myself that I’m capable of becoming a two-time heavyweight champion of the world,” said Andy Ruiz Jr.

“After this fight, we’re going to get the victory; we’re going to be victorious, stay grinding, stay disciplined just like Canelo does. We got to have our mentality like that.

“Besides doing everything that the man is doing, Canelo is training hard, staying disciplined, working on every single thing, the fundamentals, trying to perfect every single punch, doing a lot of head movement.

“Like I say, staying disciplined is the most important thing in this boxing game. What is going through my mind when the fight is getting closer is getting those belts back, man,” said Ruiz.

Andy’s chances of winning another world title against the Joshua vs. Tyson Fury fight winner are not good. The blueprint is out to beat the short-legged Ruiz by using movement and a stiff jab to keep him from getting on the inside.

With Ruiz’s talent, he can win another world title, but he won’t likely do it against Joshua or Ruiz. He needs to fight WBA ‘regular’ champion Trevor Bryan.

Ruiz: Arreola is trying to take my kid’s cheerios

“As I said, the guy in front of me [Chris Arreola] is trying to take the cheerios away from my kids. That’s what motivates me as well. I’ve got to win.

“We’re gladiators in there. I’m either going to kill him, or he’s going to kill me. That’s why we’ve got to work hard, stay disciplined, and do exactly what we do in the gym in the ring.

“All the young cats that are out there that have some fights that are going to fight soon, stay disciplined, stay dedicated. As I said, this is not a sport that is forever.

“So we’ve got to give it all we have until we achieve our goal and not to make the same mistakes that I’ve done. Once you have it and become the champion of the world, you’ve got to work hard, stay disciplined.

“You don’t want to regret it when you lose or anything like that as I did. Thanks to God, I got back down and got back up.

“That’s exactly how it is in the world. Sometimes we lose, sometimes we win, but we’ve got to get back fighting,” said Ruiz Jr.

You can’t feel too worried about Ruiz’s kid losing his cheerios, considering that Andy’s net worth is $10 million, according to Celebrity Net Worth.

Those numbers will likely be increased by a million or so for Ruiz after Saturday’s fight with Arreola. So, there’s little chance that Ruiz’s kid will go hungry without his cheerios.

Ruiz has got enough money never to work another day for the rest of his life and still live like a King in his castle in Southern California.

Andy determined to stick with the game plan

“What am I going to do differently against Chris Arreola than I did in any of other fights?” said Ruiz Jr. 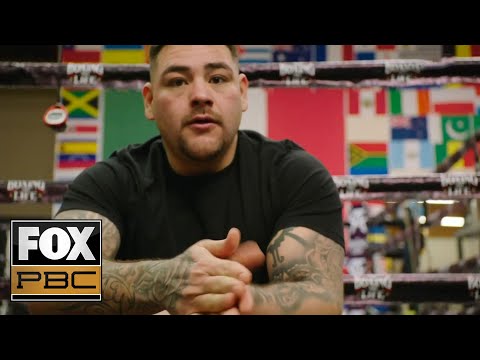 “Just stay disciplined, as I said. I think that’s my favorite word right now, ‘Disciplined,’ because that’s something I’ve been lacking my whole professional career.

“We’ve got to execute every single thing that we do in the gym and inside the ring on fight night. Make sure you buy the pay-per-view, tune in, go buy your tickets.

“As I said, this is going to be an all-action fight with a lot of fireworks—two Mexican heavyweights fighting for the glory.

“It was so hard to get out of bed, man. I was sore from having done 10 rounds of sparring yesterday.

“I had to run the hills. I didn’t want to get up, but you know what I did? I prayed to God to give me the strength to give me another day.

“What do you know? I’m here. The hard thing was getting out of the bed, getting ready, and showing up.

“I showed up, did the workout, and this is the warm-up, baby. All this hard work and dedication for not just this fight but for all the fights that are coming” said Ruiz.

It’s no secret what Ruiz’s game plan is for the Arreola fight, so he doesn’t need to be guarded about it. Ruiz will put pressure on Arreola from start to finish and look to take him out with combinations.

“He’s training very hard and looking good physically. I believe this will be one of his best training preparations for his career,” said trainer Eddy Reynoso about Andy Ruiz Jr.

“Mentally, I see him focused, motivated, and excited in becoming world champion once again. And return Andy to the form everyone wants to see inside the ring.

“I believe we’re working very hard to achieve that goal. We must have good chemistry, and we are all working very excited.

“We’re a winning team, and it’s helped Andy change the bad habits that he expressed that he used to have. His body is changing physically, and he’s working on his technique,” said Reynoso on Ruiz’s transformation.

It’s a bit surprising that Ruiz has been blowing off training days with Reynoso like he’d done with his past trainers because he’s coaches that are every bit as good as Eddy, if not better.

Where to watch Andy Ruiz Jr vs. Chris Arreola

Ruiz vs. Arreola will be taking place at the Dignity Health Sports Park, Carson, California. The fight will be shown on Fox Sports PBC pay-per-view for $50. 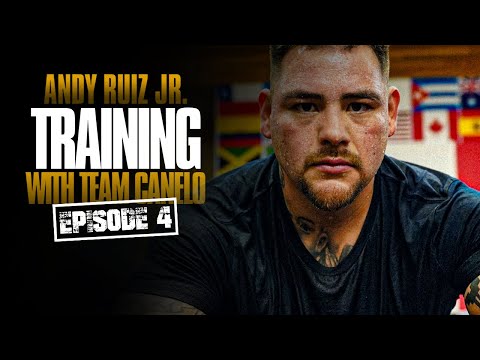