Liam Smith battles Magomed Kurbanov on May 8th in Russia 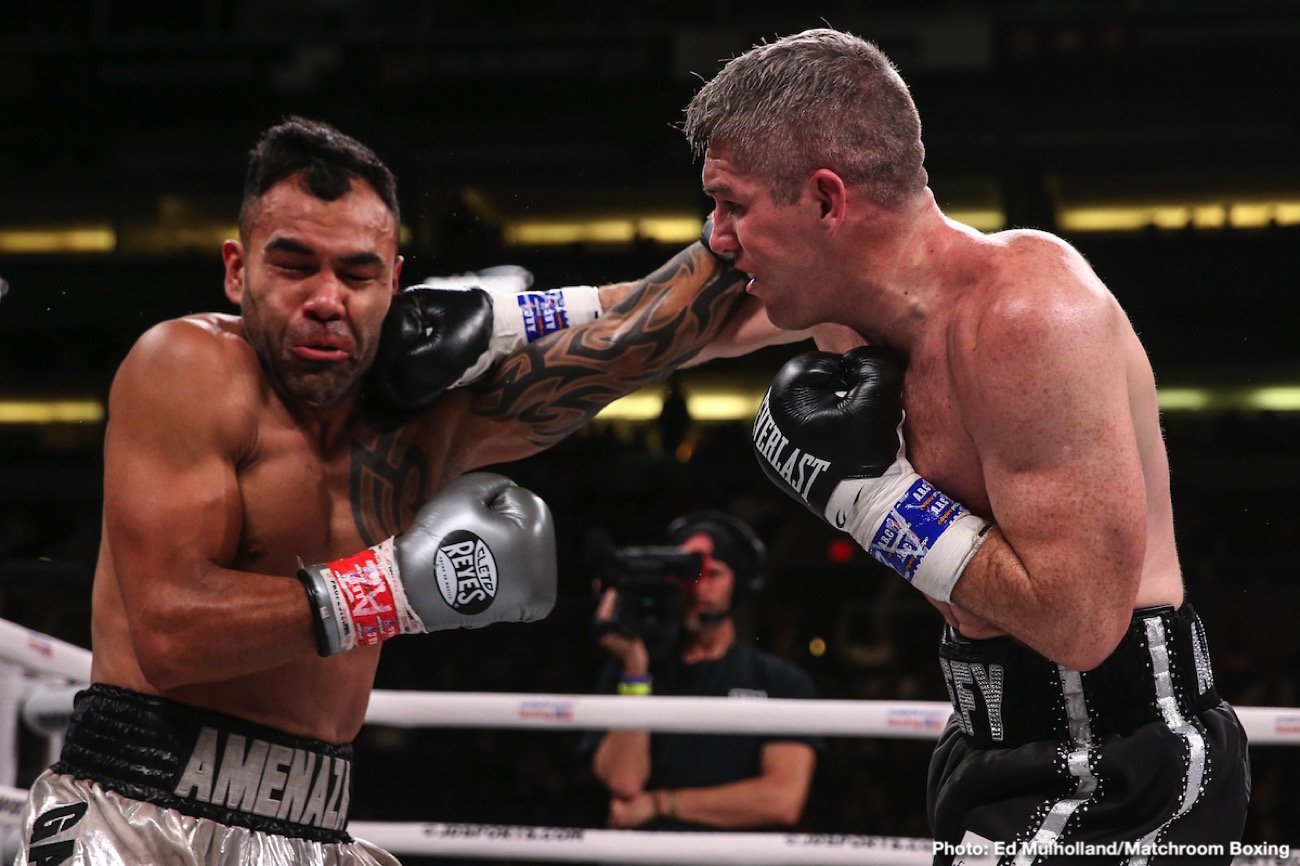 By Charles Brun: #3 WBO 154-lb contender Liam ‘Beefy’ Smith will be taking on a dangerous opponent in #6 Magomed ‘Black Lion’ Kurbanov in a 12 round fight on May 8th in Ekaterinburg, Russia.

At this point in Liam’s career, it isn’t easy to know what he’s got left in the tank. If he can get a title shot against WBO 154-lb champion Brian Castano, it’s hard to see him beating him.

Castano is like a punching machine with an incredibly high work rate and a superior engine. Besides his lack of power, the problem that has held Liam back during his career is his engine not being up to par. If Smith gets in there with Castano, it’s difficult to see him being able to fight hard enough to win.

The 25-year-old unbeaten Kurbanov (21-0, 13 KOs) will have his WBO International junior middleweight title on the line when he defends it against the 32-year-old Smith.

Whoever emerges as the winner of the Kurbanov vs. Smith fight will likely get moved higher in the WBO’s rankings. Currently, the #1 spot at WBO is vacant, with the inexperienced Tim Tszyu at #2.

Five years ago, Liam Smith held the WBO 154-lb title after winning the strap in 2015.

Unfortunately, after a short one-year reign as the WBO champion, Liam lost the title to Canelo Alvarez by a ninth-round knockout in September 2016 in a fight in front of 50,000+ fans at the AT&T Stadium in Arlington, Texas.

When Smith did step it up to try and win back his WBO 154-lb title against champion Jaime Munguia in July 208, he was soundly beaten by a one-sided 12 round unanimous decision.

The Munguia fight was the last time Smith fought a high-caliber world-class fighter, and that was three long years ago. Since then, Smith has been spinning his wheels, wasting time-fighting against Eggington, Roberto Garcia, and Lozano.

Those fights chewed up the last two years of Smith’s career, giving him nothing to show for those wasted years.  The Lozano and Garcia fights were both at 160 for Liam Smith, which is odd because he fights at 154.

Did Smith fancy the idea of fighting at middleweight? He doesn’t pack a punch even at 154, and you would think that fighting at 160 would be a terrible idea.

Kurbanov can make a name for himself by beating the old lion Liam Smith on May 8th and show the boxing world that he’s someone that could win a world title.

With that said, it’s a considerable step up for Kurbanov, who has fighting obscure opposition throughout his short six-year professional career. Sadly, the biggest name on Kurbanov’s resume is past his prime, Diego Chaves, who was forced to go the distance against in winning a 12 round decision in 2019.

Eddie Hearn spoke recently about matching Liam with Kell Brook, but the fight didn’t happen. That would have been a nice one for Smith if he could have gotten it, but it looks like there’s no chance of it happening now.


« Tyson Fury: I am like bionic action warrior, I can’t be beat