By Jeff Henninger: Eddie Hearn is hinting that the May 8th unification fight between 168-lb champions Canelo Alvarez and Billy Joe Saunders is heading to AT&T Stadium in Arlington, Texas, for this DAZN clash.

Hearn says the Canelo vs. Saunders bout will be “very close” to where last weekend’s match between Juan Francisco Estrada vs. Roman ‘Chocolatito’ Gonzalez took place staged in Dallas, Texas.

It’s still not official that Canelo – Saunders will be taking place in Texas; Hearn talking about wanting to stage the fight in that state is a dead giveaway. It doesn’t make sense to take Canelo to Florida again because his fan base is Texas, California, and Nevada.

While it may not seem like a big deal to the average casual boxing fan for the Canelo-Saunders fight to be staged in Texas, it does mean quite many hardcore fans that follow the recent news.

Last Saturday, WBC super flyweight champion Chocolatito Gonzalez found himself on the receiving end of a controversial 12 round split decision in his rematch against WBA champ El Gallo Estrada in Dallas, Texas. Many fans felt that Chocolatito should have won that fight by at least 2 to 4 rounds.

Interestingly, one of the judges gave Estrada a wide 9 rounds to 3 victories with his 117-111 scoring for the fight, which was an absurd score.

On Sunday, it was learned that the World Boxing Association had given the judge a temporary suspension, but that’s not going to change the fight results.

Estrada still has a controversial win over Chocolatito, and that victory is all that counts. For fans in the dark about this, Estrada is promoted by Hearn, who also promotes Canelo.

As a result, for Hearn to bringing the Canelo vs. Saunders fight to Texas, it’s hard not to see this as potentially bad for Billy Joe in terms of his chances of winning a decision.

It wouldn’t be a big deal if Saunders had some pop in his punches because then he could take the judges out of the equation, but he has very little power.

With his anemic 46.67% KO rate, Saunders is strictly a finesse fighter who looks to win decisions by out-boxing his opponents. If Saunders can’t count on winning a decision against Canelo in Texas, what’s the point of going there?

“I must have said it under my mask! I think I had a mask on,” Hearn said to Fighthub about the location for the Canelo-Saunders bout. “It’ll be here in America.”

With the pandemic making it impossible to stage boxing events in front of fans in the UK and most areas in the U.S, Texas has become a popular destination to stage fights because they’ve been lenient about having large crowds attend events. As a result, we’ve seen these fights staged in Texas during the pandemic:

Hearn has talked about wanting to stage the Canelo vs. Saunders fight in Las Vegas and Miami, but it looks like he’s got his sights set on staging it in Texas. 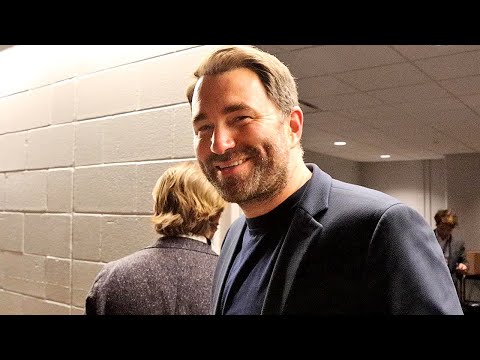 If it does take place in Texas, as we can hope for is the scoring for the fight; if it goes to a decision, it makes sense.

Canelo already has a black eye for his opponent’s choice for his last fight in selecting Avni Yildirim to defend his WBA/WBC 168-lb titles against instead of facing David Benavidez, Caleb Plant, Jermall Charlo, or Gennadiy Golovkin.

The casual fans who say that Canelo was FORCED to defend against Yildirim because he was his mandatory with the WBC were wrong. Canelo wasn’t forced to face Yildirim. He wanted to fight him. As the WBC Franchise champion, Canelo can bypass mandatory challengers indefinitely.

WBC president Mauricio Sulaiman said recently that Canelo didn’t have to fight Yildirim because his Franchise would have allowed him not to take that fight, but he wanted to face him.


« Liam Smith battles Magomed Kurbanov on May 8th in Russia