Derek Chisora and Joseph Parker agree to fight on May 1st 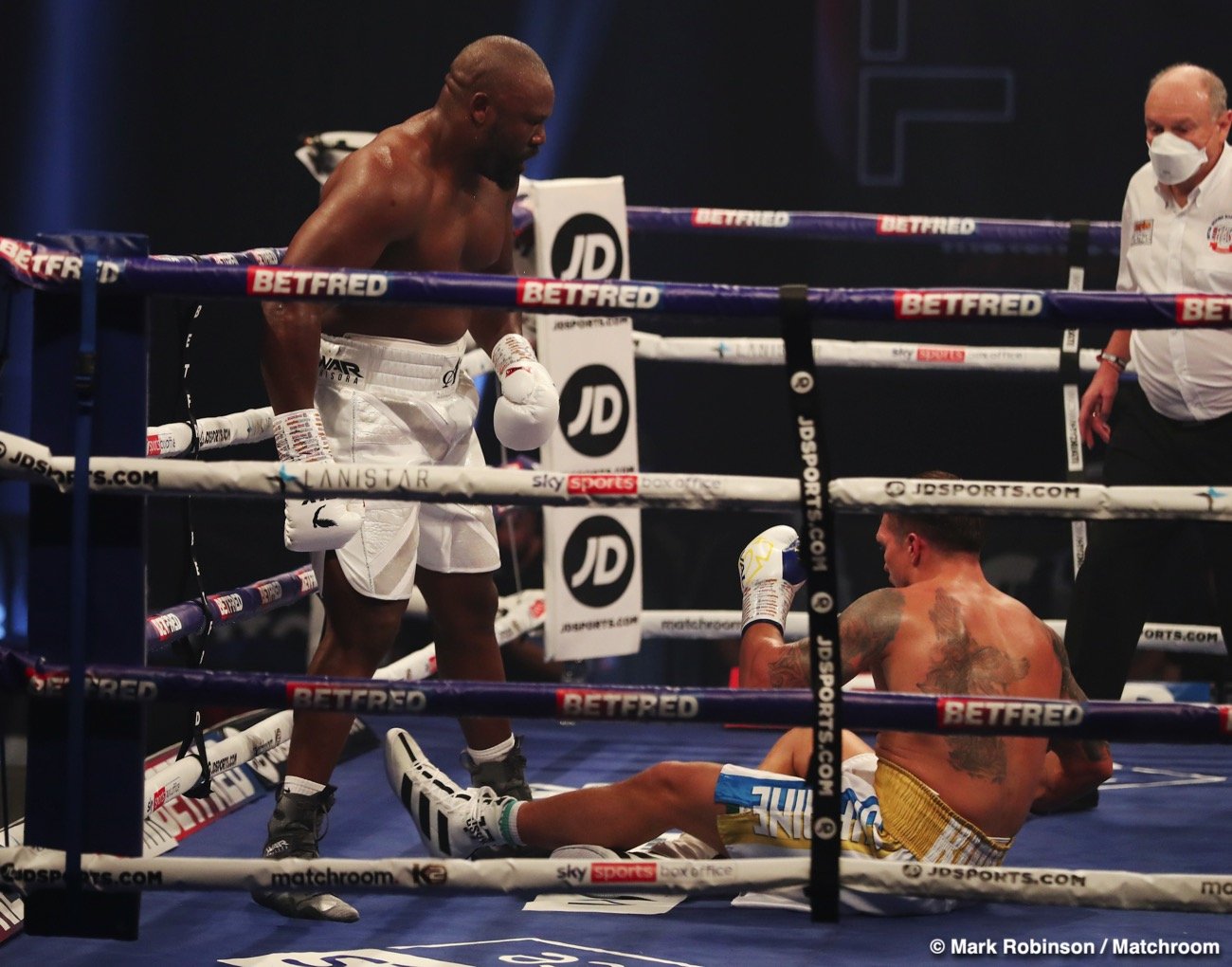 By Barry Holbrook: Heavyweight contenders Dereck Chisora and Joseph Parker had a Facetime conversation on Thursday, agreeing to a fight on May 1st.

It’s unknown if the fight will be shown on Sky Sports pay-per-view. That won’t make a lot of Brits happy, but it’s a fight that could lead to a world title shot for the winner.

This is a must-win for both fighters, as they’re at a point in their respective careers where they can’t afford another loss.

Former WBO heavyweight champion Parker, 29, has been on the comeback trail for the last three years since losing consecutive fights to Anthony Joshua and Dillian Whyte.

Chisora: “I’m ready to rock and roll, you tell me, man,” said Chisora to Parker in their Facetime conversation on Thursday. ”

Parker: “I’m ready to rock & roll too, seriously. I’m ready to have a great fight with you, and for you to entertain us.

As the saying goes, ‘better late than never.’ Two years ago, Parker was scheduled to face Chisora on October 26th, 2019, but the fight was canceled abruptly after Joseph pulled out, saying that he’d been bitten by a spider.

That excuse didn’t go over well with boxing fans, many of which saw it as a case of Parker getting cold feet.

Since then, Parker has continued his comeback trail with wins over Shawndell Terrell Winters and Junior Fa. Parker didn’t look good in his last fight against Fa, beating him by an unimpressive 12 round unanimous decision last month on February 27th in Auckland, New Zealand.

Chisora, 37, looked good in a losing effort against Oleksandr Usyk on October 31st. Usyk pulled out a narrow 12 round unanimous decision in a fight that some boxing fans felt that Chisora should have won.

If Chisora hadn’t gassed out, he would have gotten the ‘W’ for sure, as he was the better man during the first half of the contest.

Going off the last performances for both fighters, Chisora has to be considered the favorite to win. He’s still punching as hard as ever, and he’s got a better gas tank than Parker.

This is going to be a really hard fight for Parker if he’s not able to perform better than what we saw from him in his win over Fa.

« Devin Haney and Jorge Linares in advanced talks for May fight