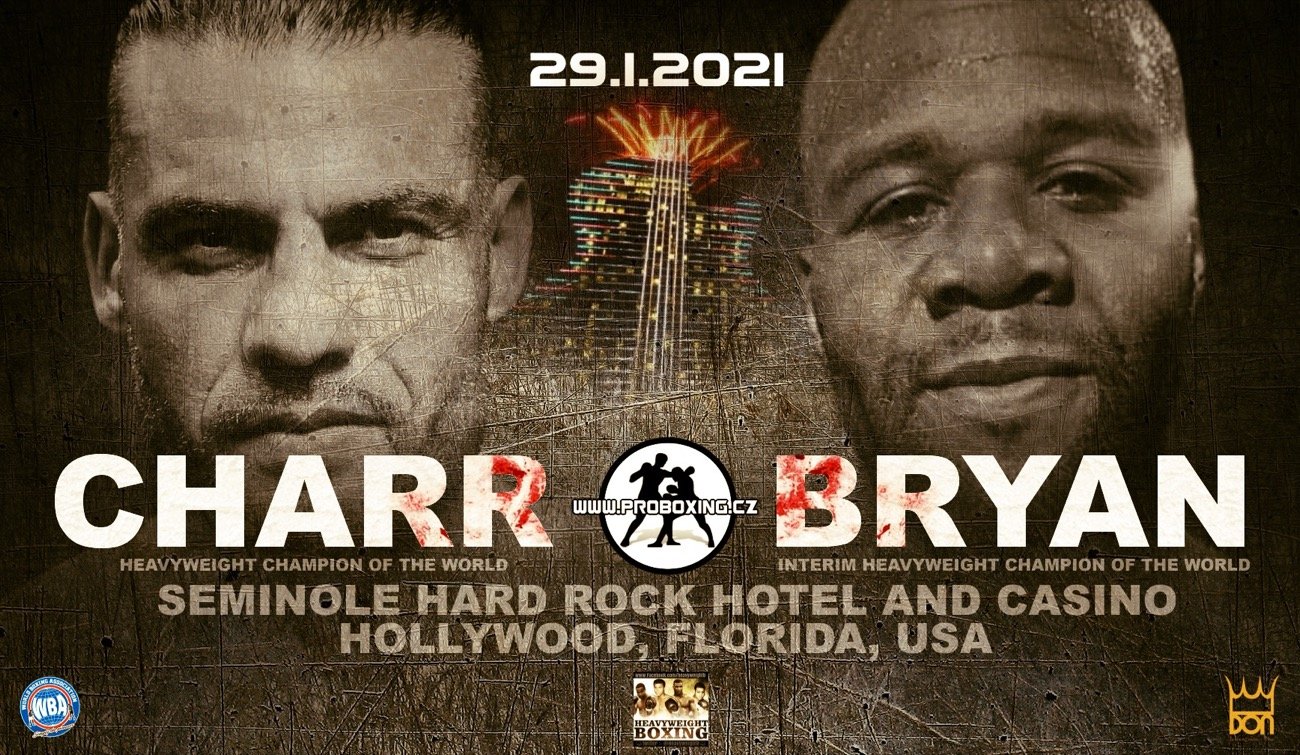 By Ian Aldous: The long-awaited blockbuster bout between Anthony Joshua and Tyson Fury isn’t the only heavyweight clash that’s been on the cards for the past year.

This Friday night, in a Don King Productions presentation, live on FITE!, Manuel Charr (31-4) battles Trevor Bryan (20-0) in a bout that has implications towards the Joshua/Fury megafight.

In all likelihood, the winner will be in prime position to challenge AJ or Fury as the WBA’s mandatory challenger – and collect the lucrative payday that accompanies that type of contest.

Ignoring the madness and stupidity of the WBA’s multitude of world titles – Charr is ‘regular’ champion; Bryan is ‘interim’ champion; and Joshua is ‘super’ champion – this is a heavyweight battle with a lot at stake.

The thirty-one year-old, Bryan, hasn’t fought since late-2018 when stopping the glorified cruiserweight, BJ Flores. Inactivity has been an even bigger problem for his German-based Lebanese opponent. He last fought in November of 2017 when defeateing Alexander Ustinov. Both men collected their spurious WBA trinkets with the respective wins, and neither have been defended.

Making considerations for the issues of staging fight cards in the current global circumstances, a final date of January 29th 2021 was mandated for the fight to take place.

WBA president, Gilberto Mendoza, stated in a press release that, “should any or both of the fighters (Charr and Bryan) fail to sign the contract, they will lose their position as champion or/and mandatory challenger.”

To add to the difficulties, Charr’s entry to the U.S. has been anything but straightforward. The thirty-six year-old has had the major stumbling block of obtaining a Visa to enter the U.S.

Injuries and a positive test for a banned substance in 2018 have kept Charr out of the ring for over three years. He was suspended by the sanctioning body for six months, however, disputes and complications with the ‘B’ sample meant he kept hold of his WBA title.

Charr’s promoter, Erol Ceylan, revealed earlier this month that the venue purported to host the January 29th card hadn’t been booked. Several accusations from Charr, via his verified Instagram account, aimed at King have muddied the waters on if the fight would actually take place at all.

Trevor Bryan’s camp believe the stories emanating from Germany to be false, and that Charr is doing everything in his power to avoid the fight without being stripped of his title.

As fight week began, Charr finally secured his travel Visa and it appeared his very late arrival may save the bout. However, barely even a day later, King sent a request to the WBA asking them to sanction a heavyweight title bout between Trevor Bryan and former WBC heavyweight champion, Bermane Stiverne. This would allow Charr to become ‘champion in recess’ – further clouding the WBA title picture.


« Sullivan Barrera moving down to 168