Ryan Garcia: I got to put Gervonta Davis to the side

By Pete Strauss: Ryan Garcia has some regrets about needing to put his longed for the contest against Gervonta ‘Tank’ Davis to the side so that he can face Manny Pacquiao in an exhibition match, but he can’t put turn down this opportunity.

Garcia, 22, counts on the 26-year-old Tank Davis still being there and willing to fight him after he finishes his event with Pacquiao. Tank (24-0, 23 KOs) doesn’t need to worry about Ryan losing badly to Pacquiao, as their fight isn’t expected to be a real one.

It’ll likely be more shadow boxing than fighting between Manny and King Ryan. No one will get hurt in the type of fight that Ryan and Pacquiao will have if they stick with the rumored plans of their matching being an exhibition.

Even if the fight is just an exhibition level bout, it will allow Ryan to trade punches and be seen inside the same ring with Pacquiao.

Ryan Garcia putting Tank Davis to the side

“I’m trying o figure out my next move and where to place this King piece [interim WBC interim lightweight title],” said Ryan Garcia to ESPN.

“If I told you what’s going to happen, you wouldn’t believe me,” said Garcia about his not so secret plans to face Manny Pacquiao in an exhibition match.

“I wish I could [tell you]. What I will say is, I have to put Gervonta on the side for this fight.

“It’s a much bigger fight,” said Ryan about his exhibition match against 42-year-old Pacquiao. “And it’s the biggest opportunity that I can. It’s an honor that I’m coming close to a deal to make this.

“I could go down the list of the greats that I look up to. I also learned what they did not do right, when it comes to inside and outside.

Hopefully, Gervonta doesn’t hold a grudge against Ryan for walking away from their fight. There’s a certain amount of trust that Tank will need for him to turn his attention back to Ryan after he finishes his event with Pacquiao.

The question is, will Ryan back out of another fight with Tank Davis in the future? Is this who Ryan is? In other words, is Ryan just using Tank’s name for clout?

“I’m not naive to say that he doesn’t matter. Of course, Teofimo matters,” said Garcia. “What doesn’t matters is belts. I wear this belt because it looks good. Doesn’t it look good?

“I know the truth. The truth is, you’re not the champ until you beat the toughest people in the division. You give what the people want. I’m trying to be the people’s champ.

“I’m taking on the best fighters as soon as possible because that’s what I stand for. And I’m always going to stand for that.

“If people want to say, ‘Oh, he got this and that.’ That’s fine, the truth always comes out. The world will see who the better fighter is the more we fight,” said Ryan.

Knowledgable boxing fans believe Teofimo Lopez is the #1 guy at 135 after his victory over Vasily Lomachenko. With that said, there are not enough casual fans that know of Teofimo for him to be seen as the top guy at lightweight.

He’s still too much of a newbie in the boxing world for him to be viewed as THE champion at 135. If Teofimo sticks around at lightweight long enough to beat the other three king, he’ll be seen as the #1 guy.

But right now, Teofimo is pretty much viewed as a fighter that beat an old and injured Lomachenko.

“Man, honestly, we just have to see with time,” said Ryan Garcia when asked if he believes Tank Davis really wants to fight him. “I know I will KO Gervonta Davis in two rounds, and he knows that.

“He senses that. And I’m being generous,” Ryan said upon being questioned about his second-round knockout prediction of Gervonta.

“In the first round, I might let him survive s just so I can fulfill my promise. You know how I know he’s scared? He’s saying I’m on steroids. That shows you that he’s really scared. Come on now, I don’t need anything,” Ryan said.

The way that Ryan is talking, he doesn’t seem believable about the things he’s saying. He looks and sounds like a troll, just trying to get attention by saving jarring things to shake people.

Ryan would be believable if he didn’t back out of the Tank fight the way he did.

“Canelo Alvarez, he definitely wins,” Ryan said when asked who wins in a hypothetical fight between Floyd Mayweather Jr and Canelo if the two were both in the zenith of their careers. 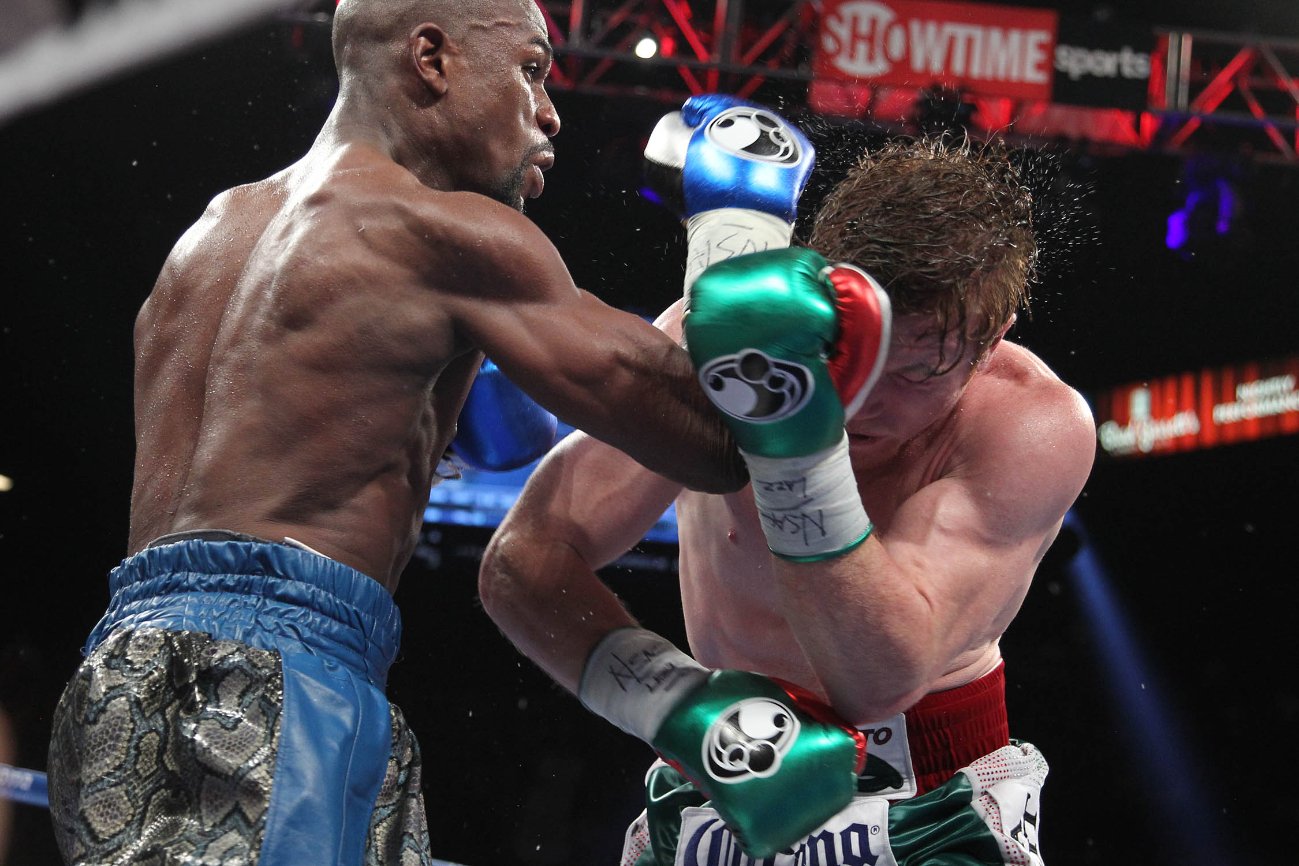 “In his prime, Canelo is way smarter and knows how to maneuver in the ring way better,” said Ryan about his belief that a prime Canelo beats a prime Mayweather.

“He [Canelo] knows how to use his presence way better. Now, Floyd, once he passed a certain level, don’t let it fool you.

“He’s a very wise man. So he knows when and where and who to fight at what time and what style to win it at. I don’t have no problems with Floyd winning those fights.

“What I had a problem with Floyd was how he represented himself when he got to the top, you know? He put out the image of glorifying money. 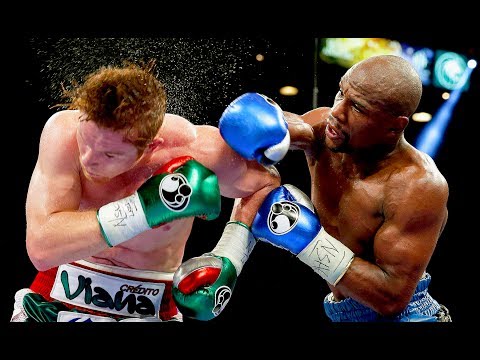 “I don’t like that. And I like the image, ‘Hey, I got the money now. I made it out but now look it. I’m still a great example.’ He never made that transition. That’s the only thing I got to say about Floyd’s career,” Ryan added.

If a prime Mayweather tried to slug with the 168-pound version of Canelo that we see now, of course, he’d lose. It’s doubtful that Mayweather would fight Canelo that way, though.

“It don’t really have no play,” Garcia said about Mayweather having a lot of persuasion over Davis. “A lot of people say, ‘You should take your time, you should try to make the [Tank Davis] fight bigger.’

“I don’t fight for the dollars. When I get this opportunity, I’m going to go for it. The people want to see it now, so I’m shooting for it. But sorry people, I’m going to have to put it on hold.

“There’s a much bigger and better fight out there,” said Ryan Garcia about his exhibition match against Pacquiao.

“Two rounds, baby. You heard it here first,” said Ryan in predicting a second-round knockout of Tank Davis. “If he doesn’t end up fighting me sooner rather than later, his legacy will forever be tainted. Remember that,” King Ryan said.

It’s hard to buy into what Ryan is saying about him not fighting for money with the way he’s all over the Pacquiao exhibition match. If Ryan isn’t fighting for money, he’ll donate half of his purse to charity rather than pocket it.