Henry Garcia: “I totally agree with my son, he can KO Tank Davis in two” 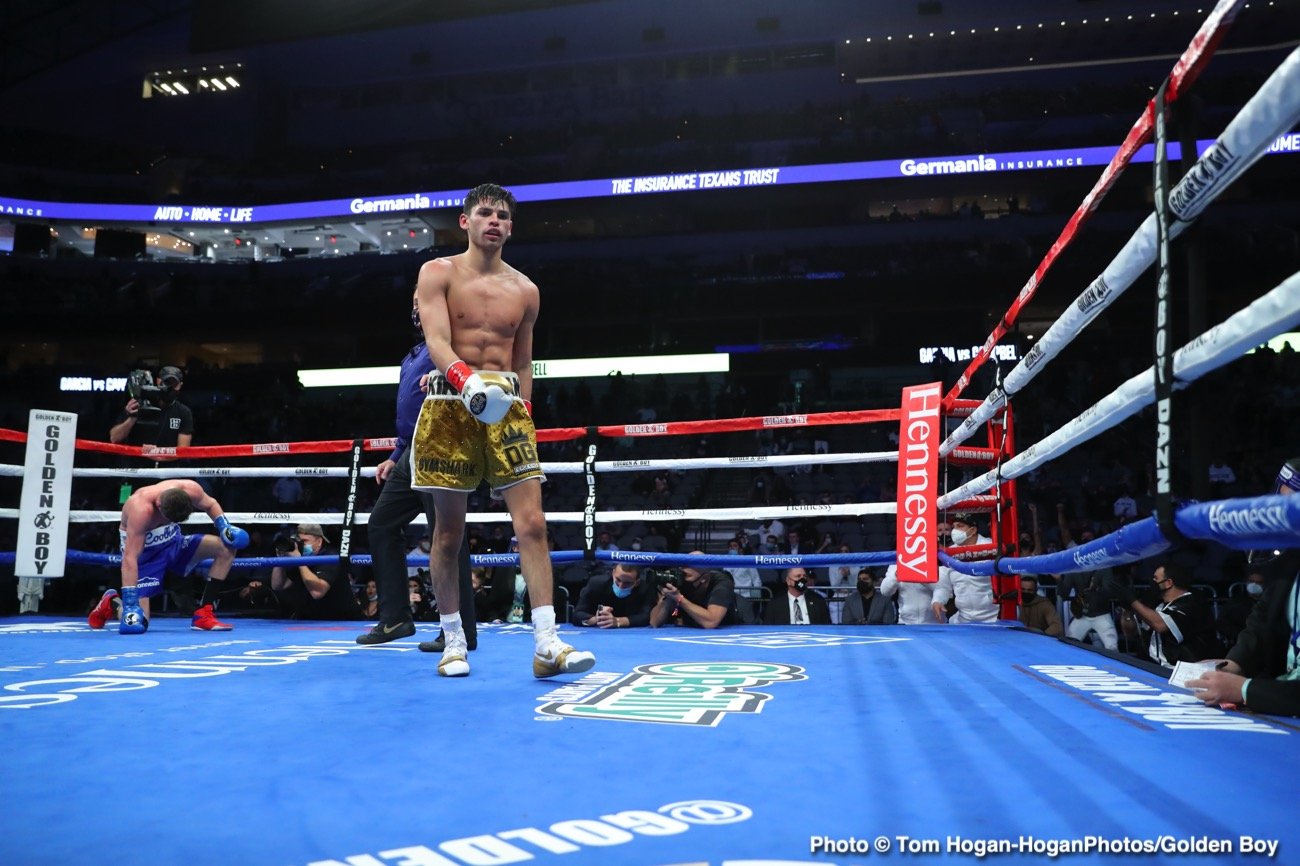 Ryan Garcia’s father Henry Garcia has backed his son’s two round prediction of Gervonta Davis and says he is confident he’ll overcome his compatriot.

Garcia called out Tank immediately after stopping Luke Campbell on January 2 and made a bold prediction to knock out the Floyd Mayweather protege in two rounds, as talk mounts over a potential showdown this year.

Garcia’s father and assistant coach, Henry says he is keen to see the pair face-off and has backed his son to fulfill his promise.

“It’s building up, let’s put it that way and it is going to happen,” Garcia told Pro Boxing Fans.

“We do not want to have people wait so long, wait years and years like Pacquiao and Mayweather.

“I said ‘Ryan, I would recommend you waiting’, but now that he’s 22, I have all the confidence in the world that Ryan is going to put on an excellent performance and become victorious.”

Asked if he supported Ryan’s two round prediction of Davis, Garcia added: “I totally agree with my son, I will always back up my son.

“If that’s what he foresees in the fight, he’s capable of doing it. I told him don’t worry if it doesn’t happen, don’t worry, I said but stay on task, which is becoming victorious.

“But for some reason Ryan’s got that in his mind, all he needs is two rounds so hey, I’m with him on that.”

Despite his mandatory status, Garcia has urged Haney to face Teofimo Lopez and despite holding the WBA ’Super’, IBF, WBO and WBC ‘Franchise’ titles following his win over Vasiliy Lomachenko in October, Henry says the Brooklyn man cannot call himself the king of the division until he has faced all of his rivals.

“I know he beat Lomachenko, but think about it, Lomachenko is actually a 130 pounder, he’s a Junior Lightweight, he’s not a true Lightweight.

“You can to a Junior welterweight but not Welterweight, because you have to have the height in order to consider yourself like king and you’ve got to beat everybody.

“So if Teofimo beats Haney, if he beats Tank and if he beats Ryan, then I’m going to say you are the king and same goes for Ryan, if Ryan beats Tank, Haney and Teofimo, then he’s the king and it goes on an on, but do not call yourself the king unless you’ve beaten everybody.”