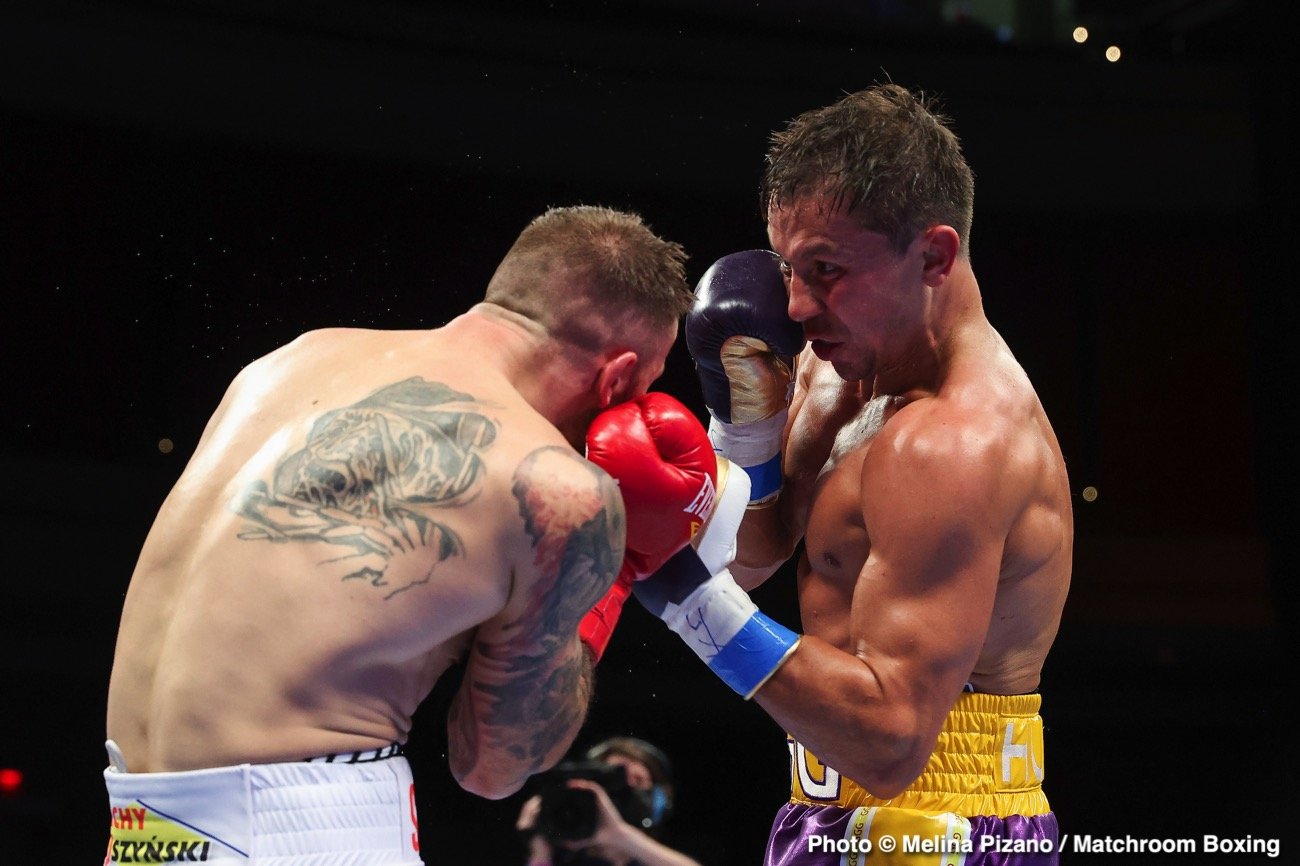 By Jim Maltzman: Oscar De La Hoya is still interested in coming out of retirement to challenge IBF middleweight champion Gennadiy ‘GGG’ Golovkin for a fight.

The 47-year-old De La Hoya surprisingly said that he wouldn’t be an easy walk in the park, unlike Golovkin’s last opponent Kamil Szeremeta, a fighter GGG destroyed in seven rounds on December 18th.

De La Hoya hasn’t given up on wanting to take on one of the best fighters in the sport when or if he comes out of retirement in 2021.

That fight looked scripted in some boxing fans’ eyes, and it looked like Tyson and Jones were just sparring at half-speed. It’s different from what De La Hoya wants to take part in for his comeback.

He’s looking for a real fight, and he could be barking up the wrong tree if he’s successful in getting Golovkin or a similar elite-level boxer to agree to fight him.

“He can be a possible prospect out there for me. Absolutely, why not,” said De La Hoya to Fighthub about him facing Golovkin in his comeback.

“Look, they weren’t nice,” said De L hoya about Golovkin’s comments about how he could get badly hurt if they fought.

“He’s a fighter, he’s got to protect his own image. I mean, he’s obviously still a dangerous fighter because he hits hard but I mean, come on, I’m not a walk in the park like the guy he fought the other day. That’s for sure,” said De La Hoya in rating himself above Golovkin’s last opponent Szeremeta.

It would be fun to see De La Hoya come back against the 31-year-old Szeremeta (21-1, 5 KOs) to show boxing fans that he’s capable of beating a fighter like him.

Unlike Mike Tyson, De La Hoya hasn’t gotten into shape yet, and he’s shown any clips of him working out. It’s hard to take De La Hoya seriously because he’s still looking out of shape with a ‘Dad’ body and a receding hairline.

Earlier on Saturday, a clip of 64-year-old Sugar Ray Leonard was working out and hitting a guy wearing a bodysuit. Leonard looked blazing fast still, throwing combinations impressive for someone that age.

Although De La Hoya is almost 20 years younger than Sugar Ray, he doesn’t look anywhere near the kind of shape he’s in.

The question a lot of boxing fans have is, why is De La Hoya coming back? Is it a one-off so that he can get a big payday, or does he really believe he can beat one of the top fighters in the sport?