By Jeff Aronow: WBC super flyweight champion Juan Francisco Estrada got some bad news on Tuesday with the World Boxing Council ordering him to begin negotiations with his #1 mandatory Srisaket Sor Rungvisai for a fight that will be taking place in early 2021.

Estrada and Matchroom Boxing were hoping to set up a rematch with WBA 115-lb champion Roman ‘Chocolatito’ Gonzalez for early 2021. There’s a lot of interest from boxing fans in seeing Estrada (41-3, 28 KOs) and Chocolatito (50-2, 41 KOs) fought in 2012 in an exciting fight that fans are still talking about after all these years.

We’ll see if a step aside deal can be made to get the former WBA super flyweight champion Rungvisai (49-5-1, 42 KOs) to step aside. If Rungvisai can wait until the second half of next year to face the Estrada vs. Gonzalez winner, the fans would see the fight that they’ve been waiting for in the last eight years.

The problem with Estrada facing Rungvisai ahead of the Chocolatito fight is the high risk of losing. Rungvisai is a huge puncher, and he’s got the potential of beating Estrada.

Estrada has previously fought Rungvisai twice, losing the first in 2018 and winning the rematch in 2019. The rematch was close, with Estrada winning a narrow 12 round unanimous decision. That fight was an odd one in which Rungvisai didn’t look motivated in the first half of the contest.

When Rungvisai turned up the heat on Estrada and began to pressure him like mad in the last six rounds, he dominated him. It was similar to their first fight in February 2018 that Rungvisai won by a 12 round majority decision. 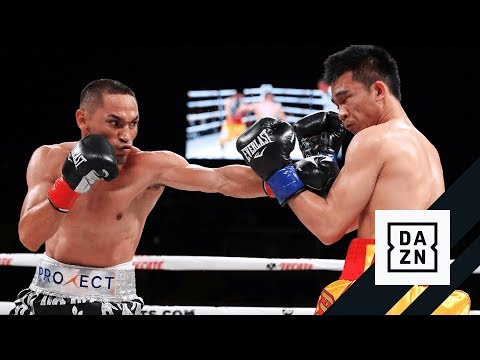 What appeared to help Estrada beat Rungvisai in the rematch was the large pro-Estrada crowd at the Forum in Inglewood, California. Estrada seemed to fight harder with the fan support, and Rungvisai looked uncomfortable. If the two fight a trilogy in early 2021, it’s likely there won’t be a crowd present for the fight. Without fans, Estrada may struggle and lose again to the much harder punching Rungvisai.

Chocolatito recently defeated Israel Gonzalez by a 12 round unanimous decision last month on October 23 at the Gimnasio TV Azteca, Mexico City, Mexico. Chocolatito-Gonzalez took place on the undercard of the Estrada vs. Carlos Cuadras II rematch. The card was shown on DAZN.

Chocolatito, 33, is no stranger to Rungvisai, who twice beat him in 2017. In the first fight, Rungvisai won a controversial 12 round decision. In the rematch in September 2017, Rungvisai easily knocked out Chocolatito in the fourth round.

You can say that Rungvisai has Chocolatito’s number, and he might have Estrada’s as well, which is why the Mexican star’s management will likely try and delay the third contest with the Thai fighter. There’s too much risk involved in defending against Rungivsai ahead of a bigger money rematch with Chocolatito.


« Jaron Ennis vs. Thomas Dulorme on December 12th on Showtime