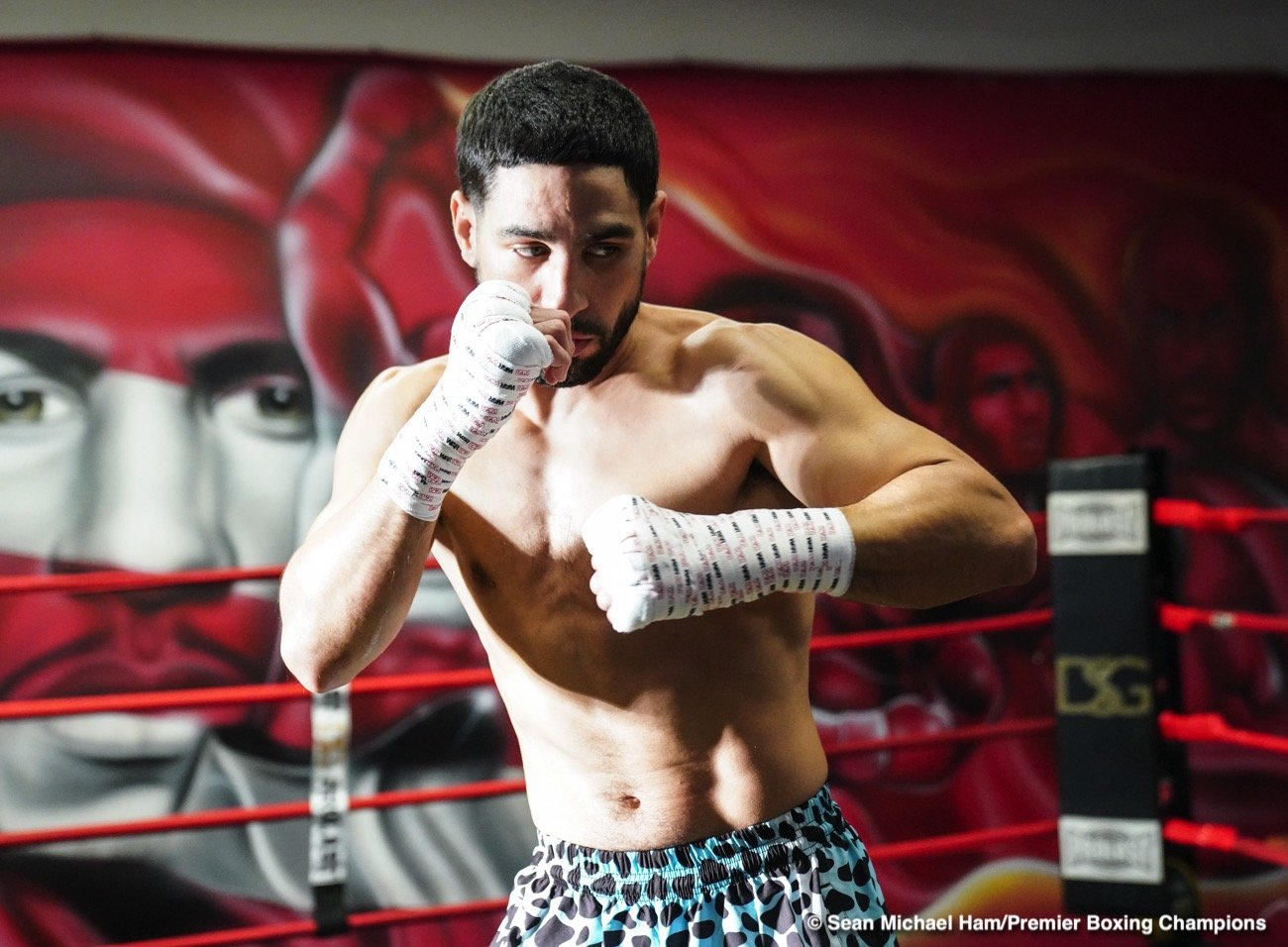 By Barry Holbrook: Danny Garcia is ready to deal IBF/WBC welterweight champion Errol Spence Jr his first defeat next Saturday on December 5th in front of a limited size crowd at the AT&T Stadium in Arlington, Texas.

Although Garcia (36-2, 21 KOs) is the underdog in the fight, he’s not worried about that. He’s confident that he can go out there and beat the undefeated Spence (26-0, 21 KOs) to become a two-time welterweight champion.

Garcia, 32, and Spence are headlining on Fox Sports pay-per-view five days from their long-awaited fight. They were supposed to fight earlier this year on PPV on January 25th, but Spence’s car crash altered those plans.

Is Spence the same fighter?

Additionally, the combination of Spence needing to lose weight, the desire to have a crowd, and the pandemic pushed the fight with Danny ‘Swift’ to December 5th.

Garcia will tell the boxing public a lot about whether Spence is the same fighter he once was before his car crash last year in October. 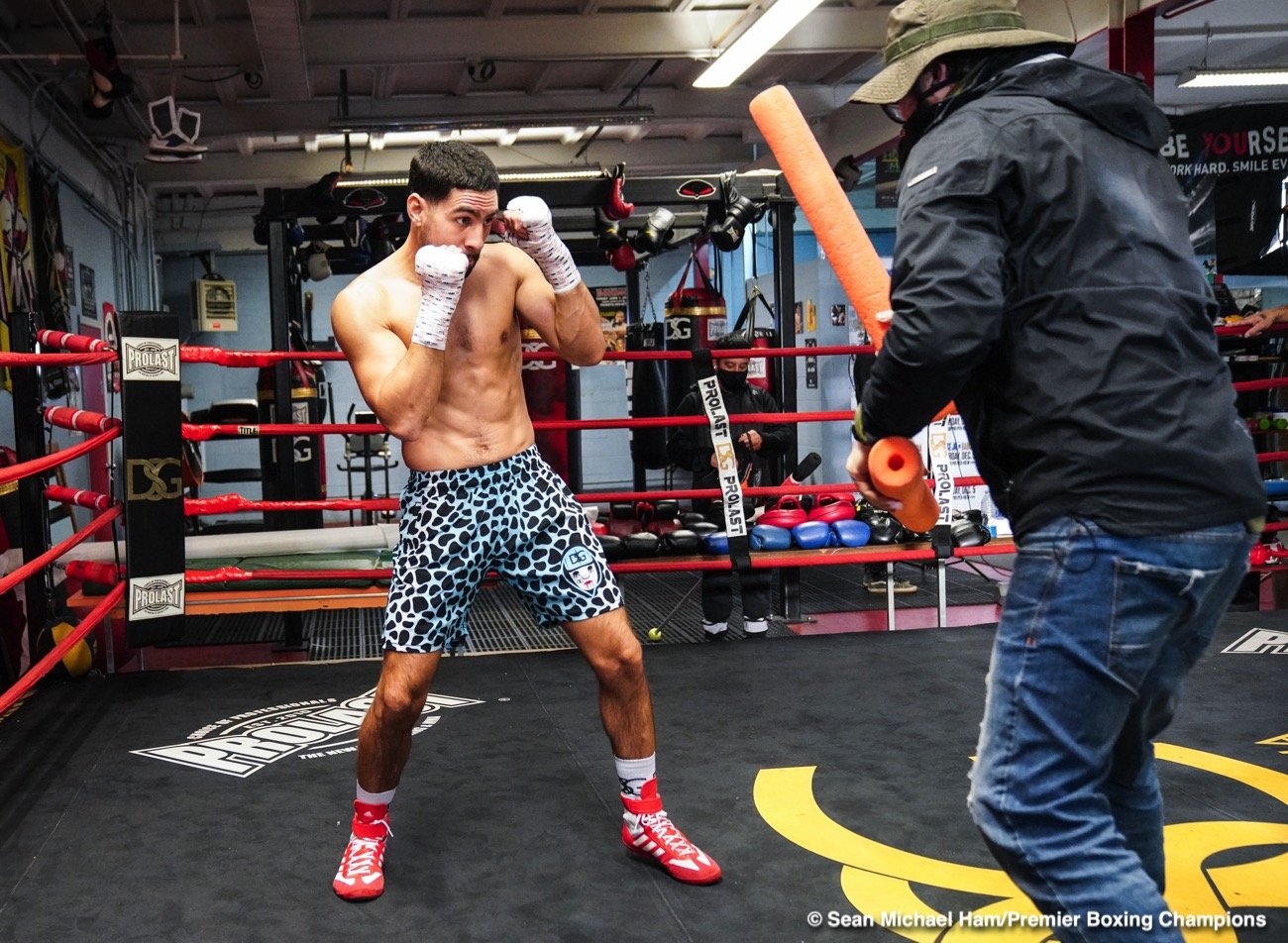 The accident makes it impossible to predict with any degree of certainty a winner for the December 5th contest between these two big punchers.

We know that Spence, before his crash, would have an excellent shot at defeating the flat-footed former two-division world champion Danny, but things are different now.

Spence didn’t look that good in his last fight before his accident against Shawn Porter, and most fans would agree that could have been Errol’s first loss.

Garcia doesn’t buy the excuses Spence made after that fight, saying that he brawled with Porter because he wanted to beat him at his own game. According to Danny, Porter made Spence fight, and it wasn’t a matter of choice.

Spence can’t dominate from outside

“My weight is great, and I haven’t even been on a diet,” said Danny Garcia. “Just working hard, that’s it. It’s usually not. I’ve been working so hard that it’s been coming off.

“The fight was [previously] set for January 25th. Things happened, and now we’re here. That’s how I look at it. I don’t look at it any other way.

“I don’t know. And I know I’m ready, and that’s all that matters,” Garcia said when asked if Spence is making a mistake fighting him in his first bout back from his car accident. “My mind isn’t really worried about him.

“I just make sure I’m prepared 110%, and once I’m ready, that’s all that matters,” Garcia continued. “I feel like that’s not going to work against me because I’m bigger and stronger than Mikey [Garcia],” Danny said when asked what happens if Spence stays on the outside and jabs all night like he did against Mikey Garcia.

It’s widely believed that Spence is going to try and box Danny in the same way he did against Mikey Garcia last year.

Between the punishment that Spence took against Porter and his car crash, he’s not going to want to go to war with the big-punching Garcia.

The car crash could have shaken something loose with Spence, and he’s not going to chance-it by slugging with Garcia, who is a monstrous puncher.

Garcia will need to close the distance quickly for him to force Spence to brawl with him, seeing that he will try and use his reach advantage.

Danny is also going to need to increase his punch output, as he’s struggled with his low punch output in his losses to Keith Thurman and Porter.

“Even though Mikey and I have similar styles with countering and being patient, but I’m a lot more busier than him, I’ve got a great chin, and I’ve got way more power than him, and I take my chances,” said Garcia.

“I’m ready for whatever he [Spence] brings to the table. That would be the regular thing to do in boxing; if someone is coming at you, you jab them. That’s basic stuff. I got a great jab myself.

Spence has never been a great mover during his career, seeing that he’s been the stronger puncher. In this case, Errol will have finally met his match in the power department in Danny Garcia.

All these years, Spence hasn’t had to use footwork to beat his opponents, and it’s been relatively easy for him until his last fight against Porter.

If Spence tries to keep Garcia bottled up on the outside like he did Mikey, it might not work.

You can bet that Danny has been working exclusively on cutting off the ring with his sparring partners to get ready for a more mobile Spenc on December 5th. 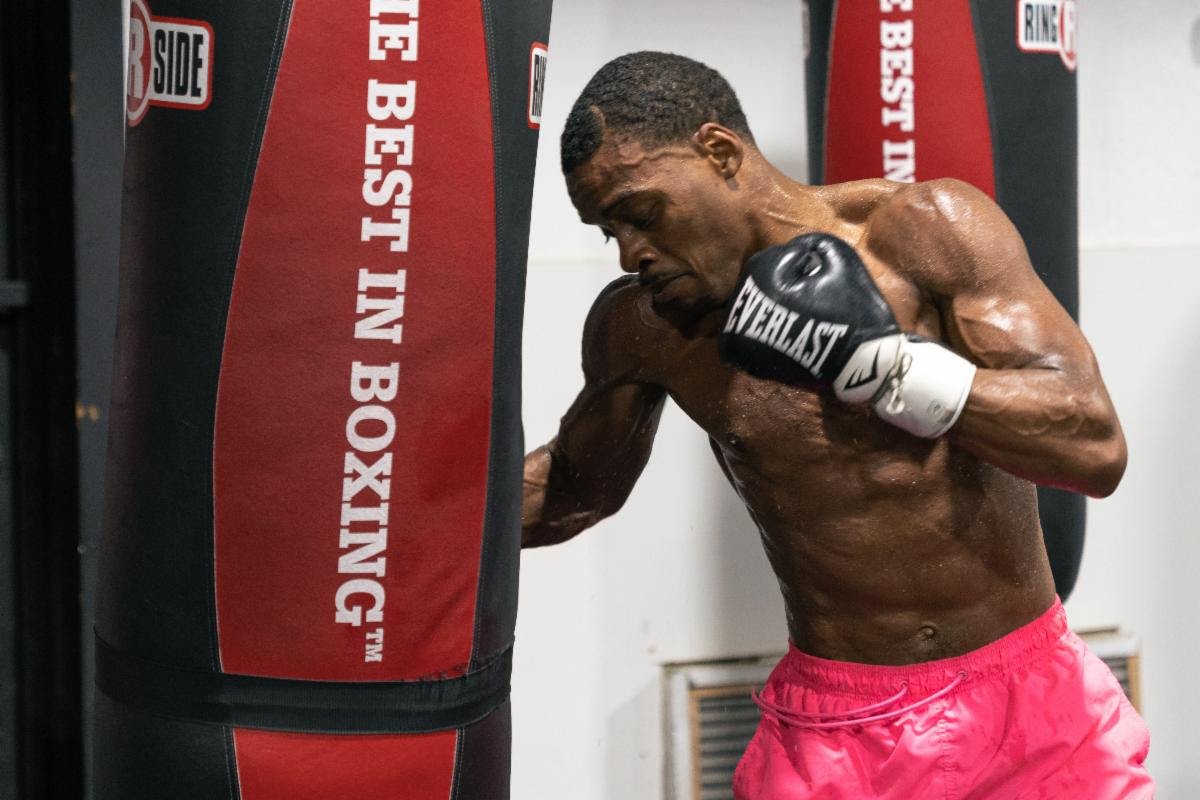 Anybody can be beaten, says Danny

“I feel like Porter made him fight,” Danny Garcia said of Spence. “He says he fought his fight. I really believe, and I’ve been in there with Porter, he forced him into that fight.

“You know, he [Spence] was uncomfortable all night, and that’s why he was getting hit a lot. So we got to go in there and fight my fight and make him uncomfortable and land my punches.

“He likes to fight on the inside too,” said Danny about Spence. “On the inside, I have strong hard punches, especially out of the blocks.

“When my feet are under me, I produce a lot of power. I just got to be smart and be me, that’s it. Anybody can be beat. On December 5th, he has to see me,” said Danny Garcia.

It’s quite true that any fighter can be beaten, and we that in Spence’s last fight against Porter.

Yeah, Spence won the fight on two of the judges’ scorecards, but the boxing public had Porter winning. Spence met his match in that fight, and he was lucky to escape with a controversial 12 round split decision.