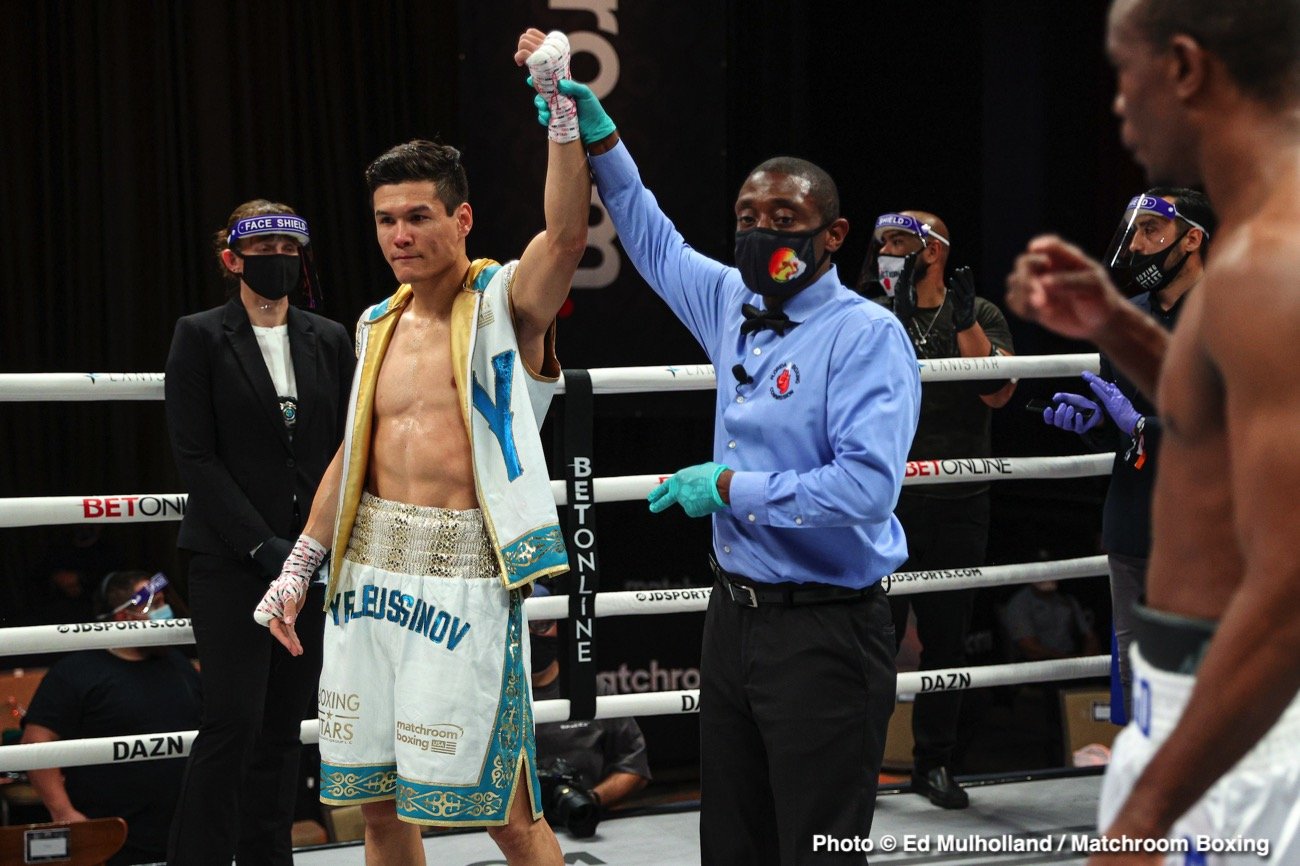 By Dan Ambrose: Eddie Hearn is interested in matching unbeaten Daniyar Yeleussinov against the highly-rated Vergil Ortiz Jr if possible. The Matchroom Boxing USA promoter Hearn says he would like to see the 2016 Olympic gold medalist Yeleussinov (10-0, 6 KOs) take on Ortiz Jr (16-0, 16 KOs).

Fighting on the undercard of the Daniel Jacobs vs. Gabe Rosado fight, Yeleussinov, 29, dropped the 37-year-old Indongo (23-3, 12 KOs) twice en route to stopping him in the second round on DAZN at the Seminole Hard Rock Hotel and Casino, in Hollywood, Florida.

The 22-year-old Ortiz Jr is promoted by Golden Boy Promotions, and he currently holds the WBA Gold welterweight title. That’s arguably the World Boxing Association’s tertiary title at 147. The question is, would Golden Boy CEO Oscar De La Hoya be willing to let Ortiz Jr take on a talented fighter like Yeleussinov? 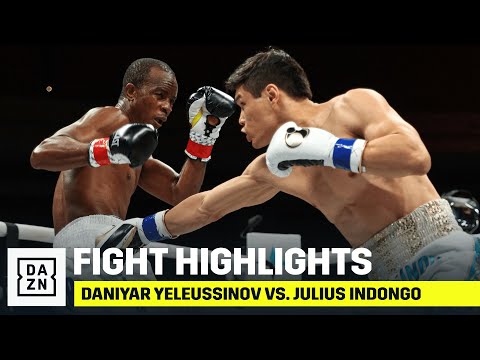 Ortiz, 22, hasn’t fought anyone with the type of talent that Yeleussinov possesses during his four-year professional career, and he might not be ready for that big of a step up in class.

Although Ortiz holds the WBA Gold strap at welterweight, that’s little more than a trinket title. He hasn’t beaten anyone of note as of yet during his carer.

Hearn needs to push the 29-year-old ‘Kazakh Thunder’ Yeleussinov fast due to his age and his late start in the pro game. Unlike the typical prospect, Yeleussinov doesn’t need the long drawn out grooming that other fighters require due to his extensive amateur career in Kazahstan.

“I think I’m ready,” Yeleussinov said when asked if he believes he’s ready for a world title shot. “And I think I’m a tough guy too, and have power and speed.

“I have experience in amateur career, and two-time Olympian and world champion. Now I think I’m ready for a big fight and big names. Now I’m closer to the big fights, and ready for the big fights,” said Yeleussinov.

The performance by the southpaw Yeleussinov last Friday night against Indongo showed that he’s ready to take on the top welterweights in the division. 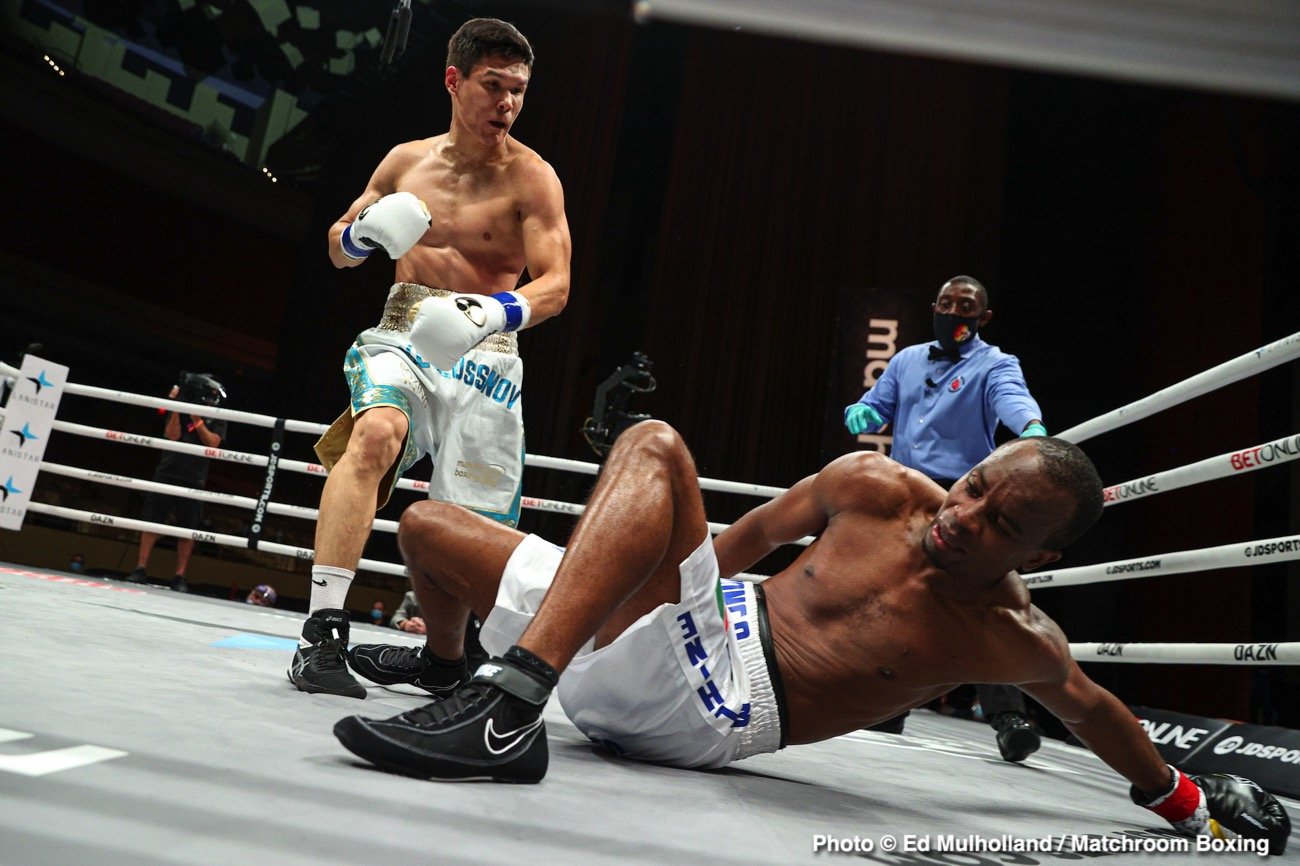 Yeleussinov still isn’t ranked in the tier by any of the four sanctioning bodies right now, so it might be difficult for Hearn to lure Ortiz Jr and his promoter De La Hoya to make that fight.

It would an excellent match-up in 2021 if Golden Boy were to take Hearn up on his offer to make the Yeleussinov vs. Ortiz Jr fight.

The future of Daniel Dubois »