Saunders scolds Dubois – ‘Get carried out of the ring’ 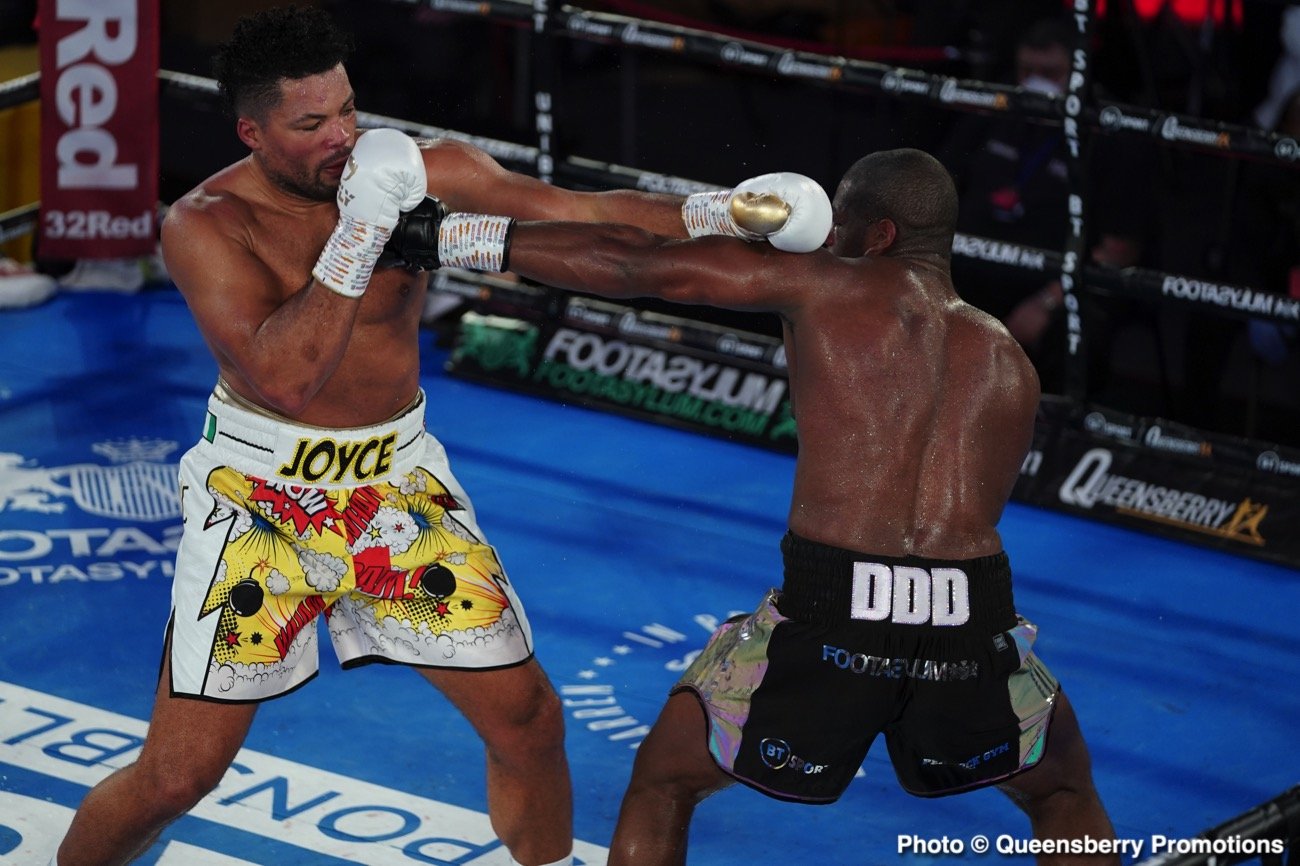 By Jeff Aronow: Billy Joe Saunders is disappointed in Daniel Dubois (15-1, 14 KOs) for his decision to quit in the 10th round last Saturday in his heavyweight fight against Joe Joyce (12-0, 11 KOs). WBO super middleweight champion Saunders says Dubois should have been “carried out of the ring” instead of quitting in the 10th round.

Dubois, 23, was injured with a reported fractured left eye socket, and he could no longer deal with pain by the 10th. Hence, he took a knee, and the fight was stopped.

Saunders feels that Joyce should have endured the pain like a warrior, but he chose not to.

A lot of boxing fans, boxers, and even former fighters agree with Saunders. They think Dubois should have stayed in there until the bitter end and gone out on his shield like a warrior.

Dubois could no longer see out of his completely swollen left eye, and he was starting to get hit by Joyce’s right-hand shots. Up until the tenth, Joyce had thrown jabs exclusively, as he didn’t want to throw a right and get countered. 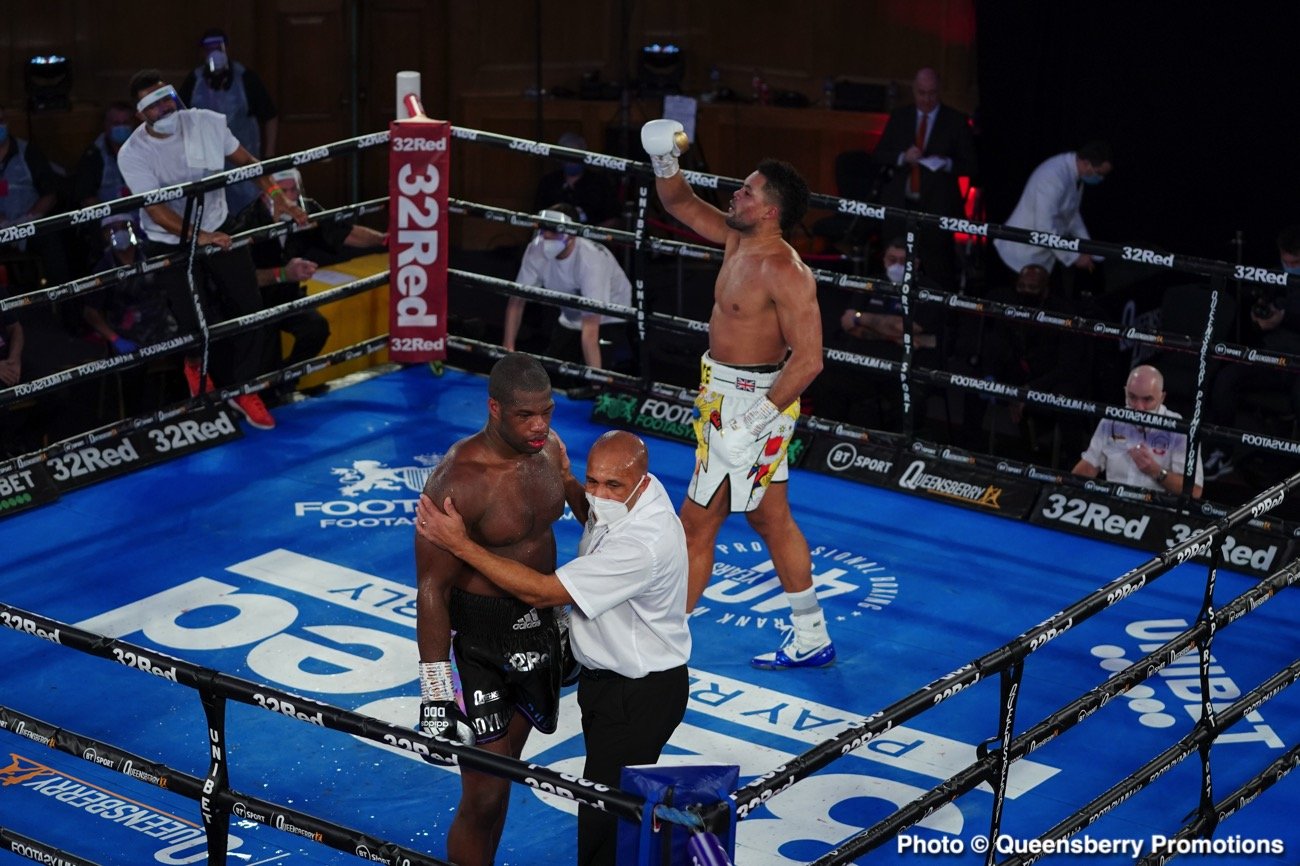 When Dubois could no longer see out of his left eye, Joyce started to unload with his right. Dubois might have seen the writing on the wall and opted to get out before Joyce finished him.

“I want to talk about Daniel ‘DDD’ Dubois and Joe Joyce. Can people stop talking about DDD now?” said Billy Joe Saunders. “He’s a great fighter, and I already told Sam Jones and members of Daniel’s team, if it goes past the first half of the fight, Joyce would win it.

“He stepped up to the market, he took his chance, and it was against all the odds. Frank [Warren] wanted his man to win. Let’s give the man credit. Let’s see who Joe Joyce is fighting next, and let’s look forward to Joe Joyce’s next payday.

“And let’s look forward to who he’s fighting. I want to see him fight [Oleksandr]. Dereck Chisora is another big fight, but give the man some credit. Daniel Dubois can come again, but last night I wasn’t shocked.

“But you don’t [quit]. You go out on that [your shield]. Fighters know what it’s like to walk in that ring, and you know what it takes to get inside those ropes,” said Billy Joe.

Some boxing fans might disagree with Saunders, who hasn’t been in the thick of things during his career. He’s missed his chances to prove himself against Canelo Alvarez, Gennadiy Golovkin, and Demetrius Andrade. 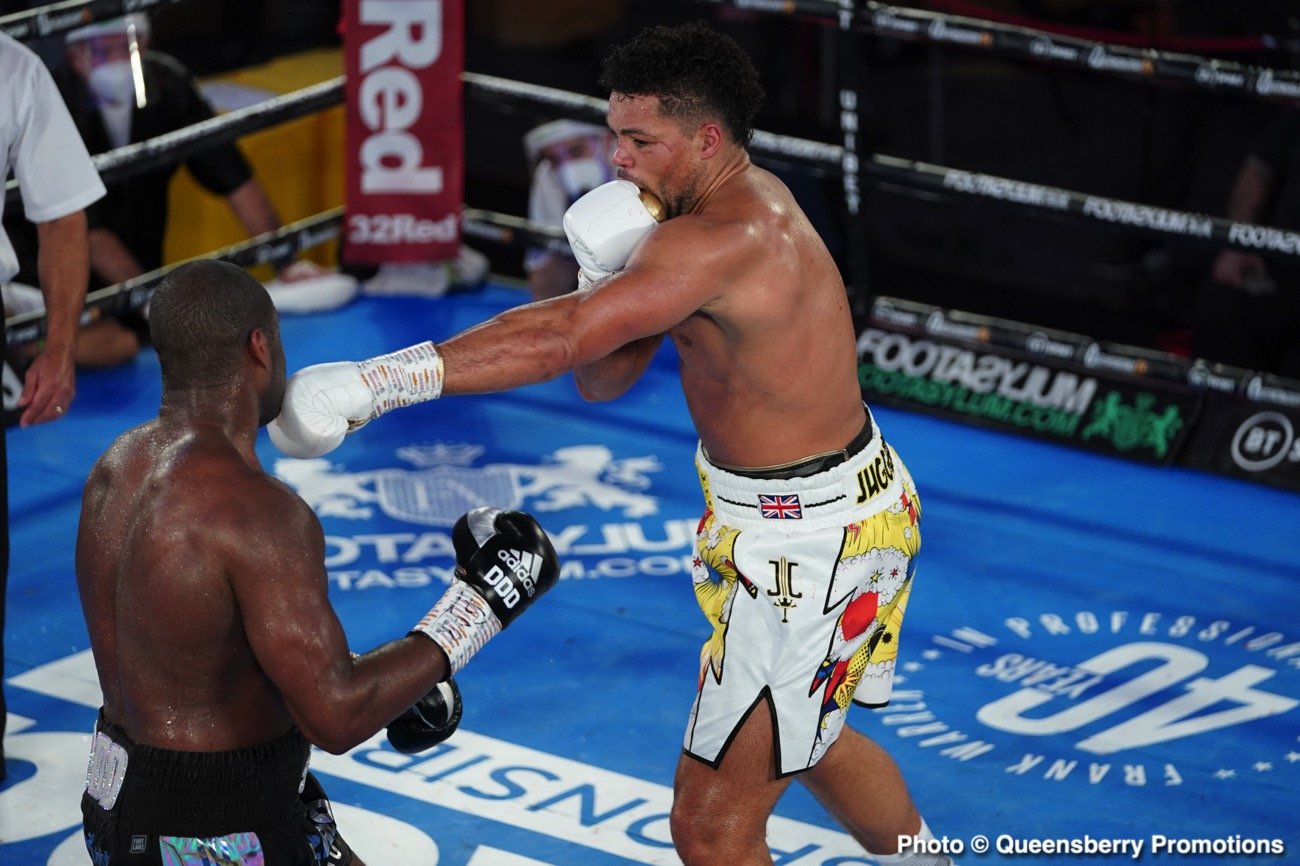 Billy Joe says Dubois should get carried out of the ring

“I’m never going to criticize a man if he’s seriously injured, but get carried out of the ring, brother,” said Billy Joe.

“Get carried out of the ring. It’s not just all give knocking people unconscious, and then your eye goes, and then you want to get out,” said Saunders.

“I’ve got all the time in the world for DDD, and he can come again, but it’s going to be a long, long, long road back from that. My main concern is let’s give Joe Joyce some credit.

“The man’s an Olympic silver medalist, and he’s done everything. Let’s face it; he’s come through the odds, he’s done the job. So my personal opinion is, if it were one to five, it was going to be Dubois to win.

“After that, Joyce has got that pedigree, and he’s come through. They both got taken out to the middle of the sea, and they both got chucked off that ship.

“There was only one man that swam back, Joe Joyce. Fair play, Joe. I’m looking forward to your next fight. Well done to the team. Take your hat off to him. Daniel can come again.

“Frank [Warren] is very good at building fighters. I know Frank very well, and I think somewhere in his heart he’s going to be a little bit disappointed. 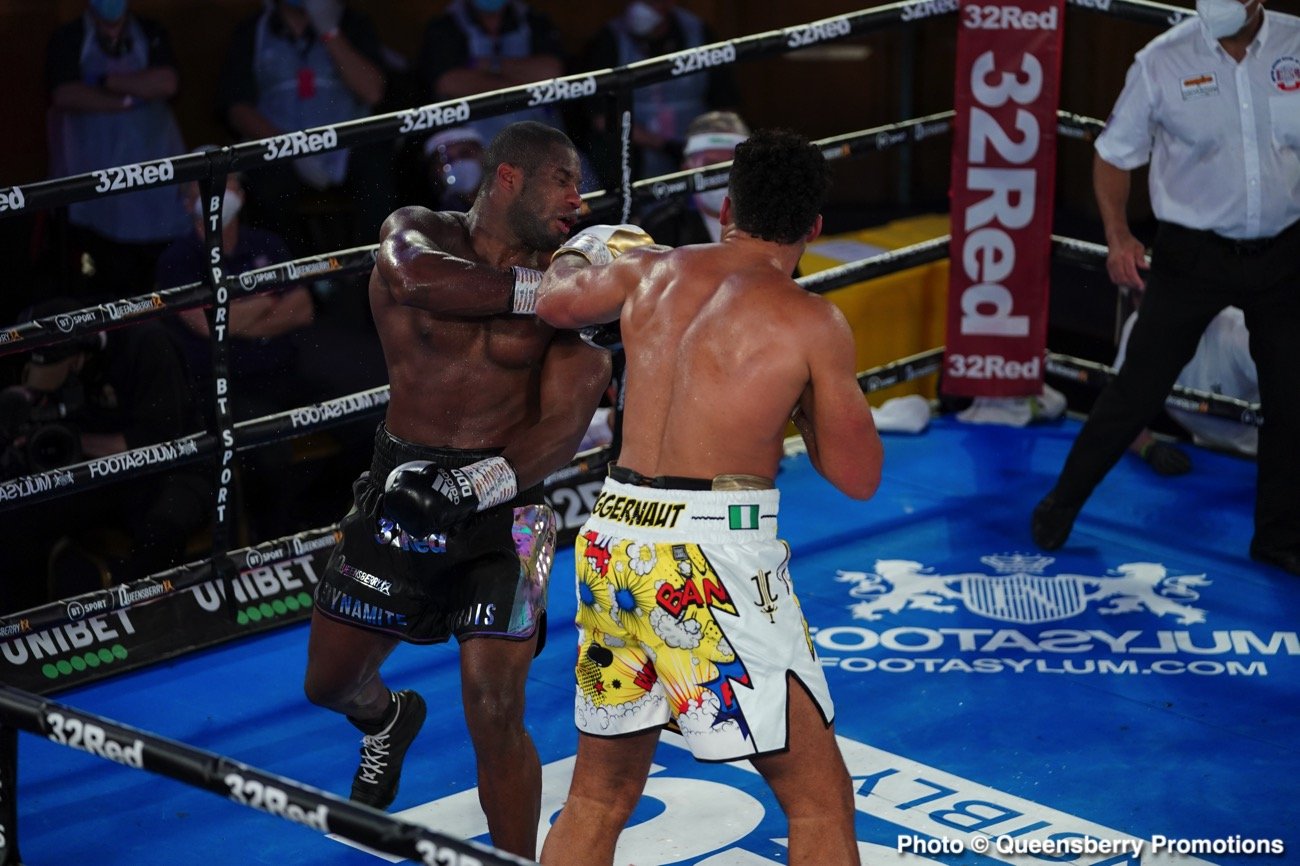 “But Joe Joyce, you are the man. You did your job as you were supposed to do,” said Saunders.

Dubois is only 23, and he has a lot of time left in his career if he’s able to come from the eye injury. But if he had stayed in there, who’s to say what kind of damage could have occurred?