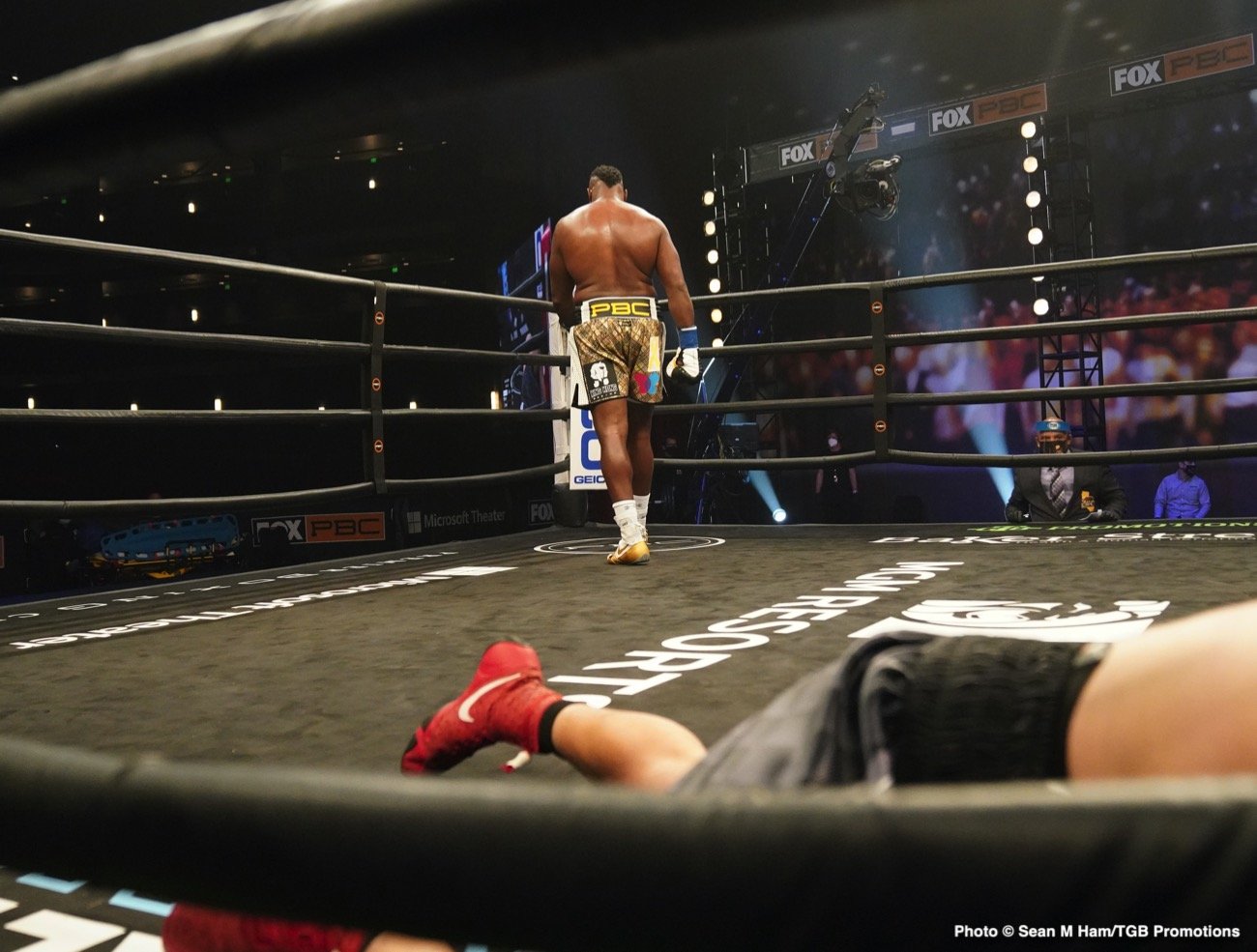 According to The Athletic, the CSAC wants the 30-year-old Flores to attend a hearing with them to answer questions about his loss. For Flores (18-3-1, 16 KOs), this was another quick knockout defeat.

Given those defeats, it’s hard to understand why Ortiz’s management chose to select Flores for ‘King Kong’ Luis to fight last weekend. Surely, they could have found someone good enough to give Ortiz some badly needed rounds some that he could get the rust out from his 12-month layoff from boxing.

The knockout’s speedy nature didn’t help Ortiz gain anything from the fight other than to look good in the eyes of casual boxing fans, who aren’t familiar with Flores’ past knockout defeat. 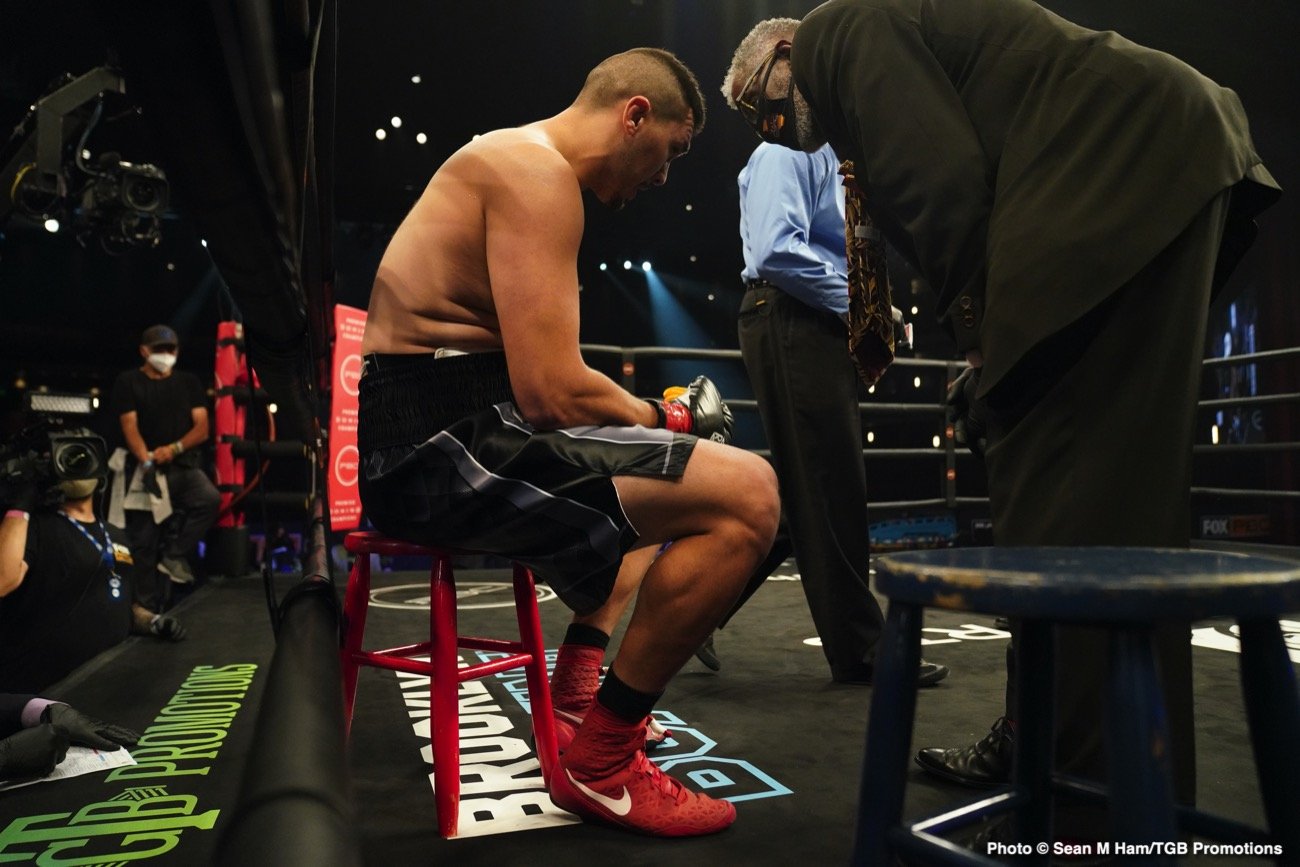 The 41-year-old two-time former heavyweight world title challenger Ortiz (32-2, 27 KOs) stopped Flores with a right to the midsection in the first round in a shockingly fast knockout.

Ortiz’s body shot didn’t look that powerful, but it was hard enough to keep Flores down. The referee Thomas Taylor then stopped the fight at 45 seconds of the first round.

It’s unclear what the CSAC commission expects Flores to say to them. In looking at the replay, the body shot that Ortiz landed could, in theory, have done the damage that it did to Flores. It was a nice shot in an area that would have hurt a lot of fighters.

Obviously, some boxing fans are suspicious about how Flores went down so easily, but there’s no way of proving that the punch didn’t hurt him.

Suppose Ortiz needs to focus more on fighting opposition that doesn’t have a history of being knocked out quickly like Flores. Going into the fight, it seemed like a waste of time for Ortiz to face Flores, considering his quick knockout losses to Martin and Parker.

With Flores’ history of early knockout defeats when facing B-level heavyweights, the Ortiz contest had early knockout written all over it. Ortiz should be fighting the top 15 contenders rather than fighters in Flores’ class.

If Ortiz can stay active in 2021 and beat two or three top contenders, he could be in a position to challenge for a world title in 2022. But it’s not going to help Ortiz if he continues to fight guys like Alexander Flores.

He’s too old to be fighting lesser opposition, and he needs to maximize the amount of time he has left in his career.

« Crawford vs. Brook: Kell predicting a ‘massive upset’ on Saturday