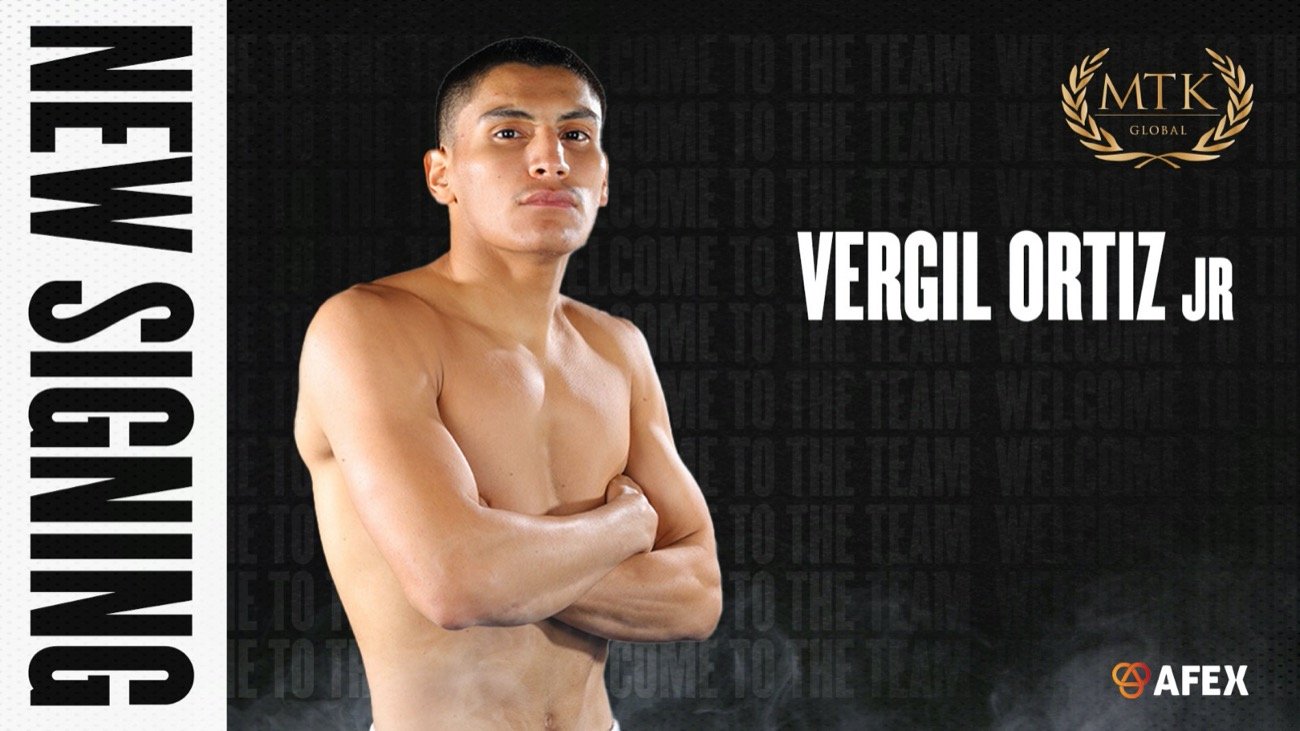 MTK Global is delighted to announce the signing of undefeated welterweight star Vergil Ortiz Jr – thanks to a strategic partnership with highly-respected US boxing figure Rick Mirigian.

Knockout king Ortiz Jr (16-0, 16 KOs) becomes the first new signing following the partnership between MTK, as advisors, and Mirigian as manager, which will see the two parties working together with Ortiz Jr over the next five years in a manager and advisor role.

Ortiz is ranked number two with the WBO and number five with the WBC and has won all 16 of his fights by knockout, including wins over the likes of Samuel Vargas, Brad Solomon, Antonio Orozco and Mauricio Herrera.

It sees MTK Global continue their expansion into the US, after signing world champions Jamel Herring and JoJo Diaz, and rising stars Lorenzo Simpson and Jonathan Lopez earlier in the year.

Speaking on the announcement, Vergil Ortiz Jr said: “I’m very excited to sign with MTK as an advisement group with manager Rick Mirigan, who also happens to be the manager of my favourite boxer Jose Ramirez. I’ve heard great things about Rick and MTK and I’m looking forward to the future.”

MTK Global CEO Bob Yalen said: “We are proud to be partnering with Rick Mirigian to work with the incredible Vergil Ortiz Jr.

“Rick is one of the leading boxing figures in the US, and what he’s managed to achieve in the sport shows that he’s guaranteed to be a valued strategic partner for MTK Global.

“Ortiz has had a sensational career so far and he’s destined to become a world champion, so we’re extremely excited to now be working with this superstar.”

Manager Rick Mirigian said: “There are plans for Ortiz to be the face of the 147 pound and a superstar in the near future. We want to build Ortiz outside of the ring and bring in landmark endorsement deals, and look to help put on major fights around him at Cowboy Stadium.

“I’m blessed and grateful to him and his team for giving me the chance to help guide this next chapter of his career, I will give them my all.”

Further news on the ground-breaking partnership with Mirigian will be announced in the coming days.

Alexander Povetkin out of hospital, rematch with Dillian Whyte on Jan.30 »