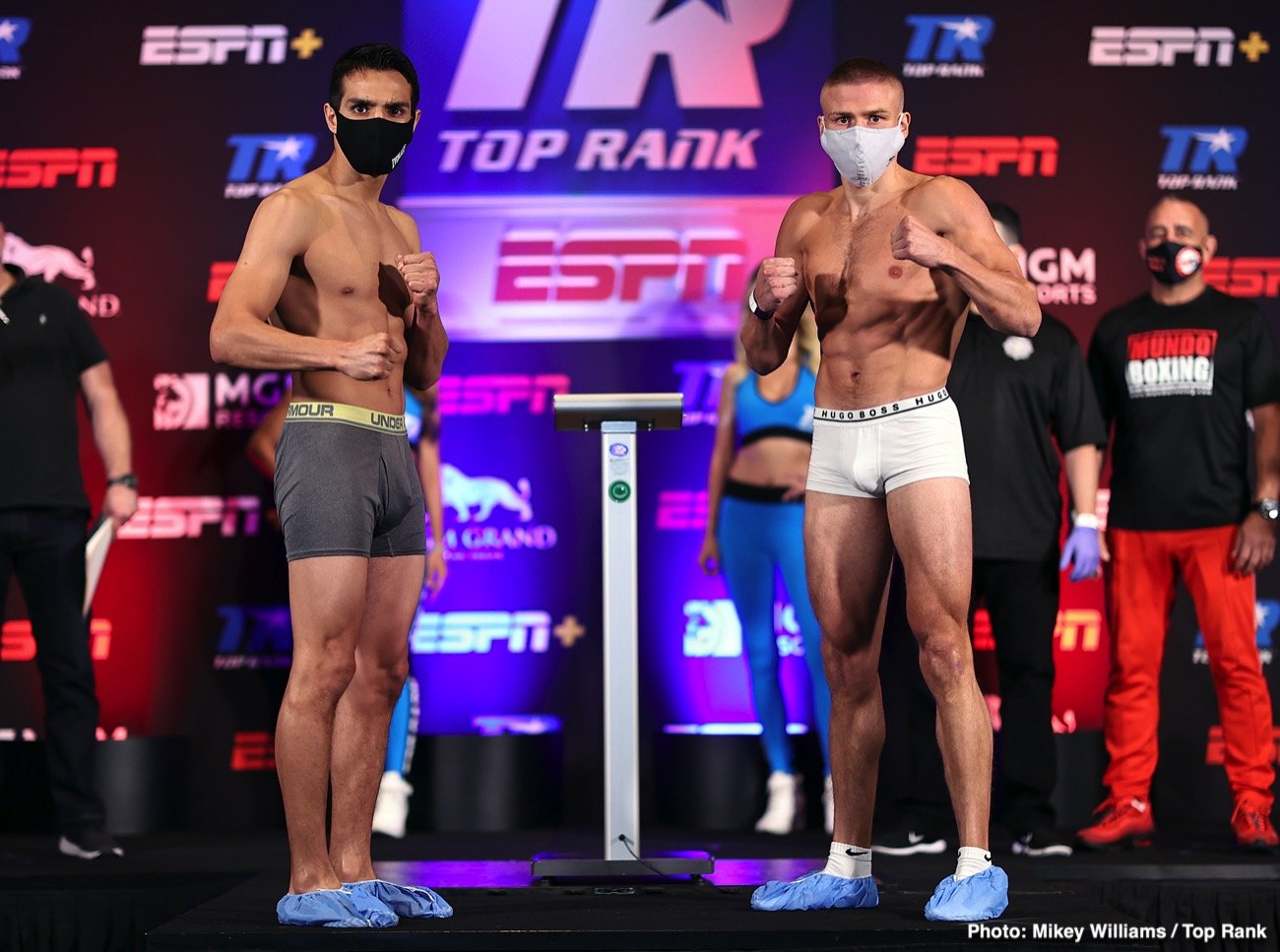 By Jeff Aronow: Ivan ‘The Beast’ Baranchyk weighed in at 139.6 pounds for his 12-round fight against #2 WBC Jose Zepeda this Saturday night on October 3 on ESPN+ at The Bubble in Las Vegas, Nevada. 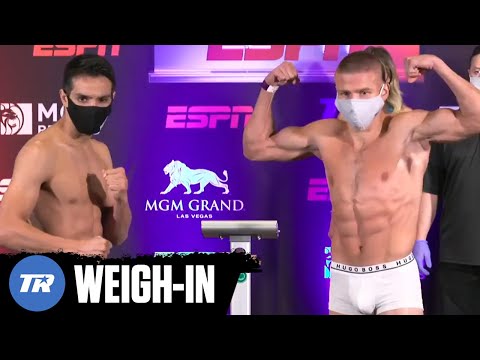 Zepeda (32-2, 25 KOs) weighed in at 139.9 lbs. Both guys looked in great shape and ready for battle. Up for grabs will be the vacant World Boxing Council Silver light-welterweight title.

It’s important for 4 IBF, 6 WBC Baranchyk, 27, to win this fight if he wants to get a title shot against WBC 140-lb champion Jose Ramirez. Actually, there’s a good chance that the WBC title will become vacant after Ramirez faces IBF/WBA 140lb champ, Josh Taylor, in a unification clash.

All four belts will be on the line when those two champions meet up in 2021. The winner and the loser of the Taylor-Ramirez fight are expected to move up to 147 and go after WBO welterweight champion Terence Crawford.

Baranchyk was dropped twice in the sixth round of that contest, which took place in the semifinal of the World Boxing Super Series tournament.

Although the Belarusian Baranchyk fought remarkably well from rounds seven through twelve, the two knockdowns in the sixth proved to be too much of a deficit for him to make up.

Ivan got sloppy against Taylor

He got sloppy, and you don’t want to do that against a highly switched fighter like Taylor. after the first knockdown, Baranchyk left himself open for a big shot from Taylor by swinging wildly. 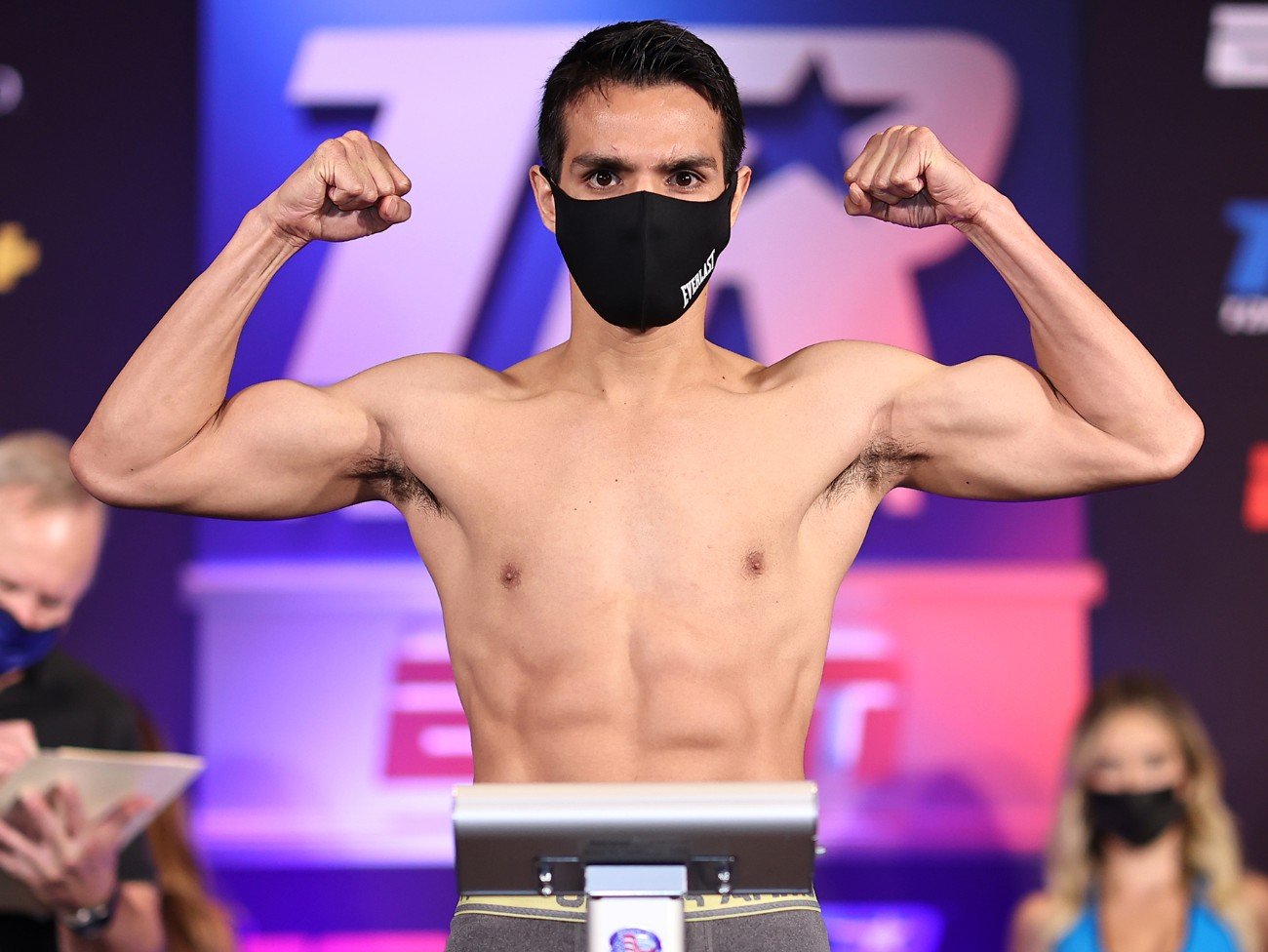 After the sixth round ended, Baranchyk collected himself mentally and fought a smart fight from the seventh on and he gave Taylor a lot of problems. Unquestionably, Baranchyk gave Taylor a harder fight than Regis Prograis did in the WBSS final.

Baranchyk was in a tough position, to begin with by taking the fight with Taylor in his hometown of Glasgow, Scotland in front of a huge pro-Taylor crowd. Literally, Baranchyk walked into a lion’s den and he was up against it, with him fighting Taylor under those conditions.

Also, Baranchyk wasn’t sure until four weeks before the match that the fight with Taylor would take place due to the WBSS’ financial issues that it was having.

The Beast wasn’t sure if WBSS final would happen

It had to be tough on Baranchyk to train with him not knowing if the tournament would continue or not.

On top of all that, Baranchyk didn’t have his trainer Pedro Diaz. In effect, it was the perfect storm Baranchyk sailed into that night against Taylor. What could go wrong did go wrong. 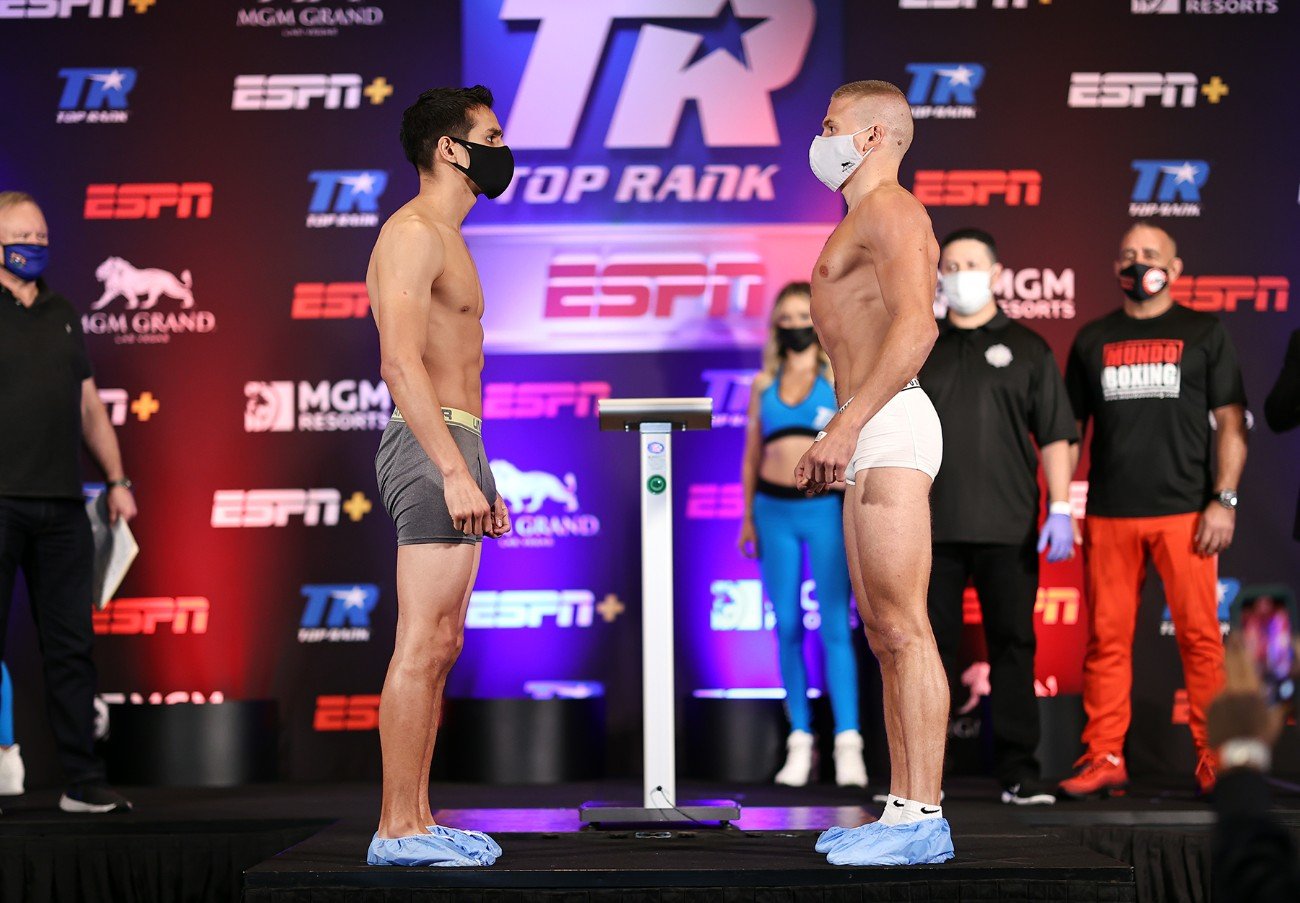 Since losing to Taylor, Baranchyk has fought once, beating 39-year-old Gabriel Bracero (25-4-1, 6 KOs) by a fourth-round knockout last year in October at Madison Square Garden in New York.

That was an impressive win by Baranchyk in dismantling a high caliber fighter, but it looked like Bracero has aged a little bit in recent years from the guy he used to be.

“He showed he can push through significant adversity and a s—ty camp and still perform at a high level,” Baranchyk’s promoter Lou DiBella said to Yahoo Sports news.

“He’s the most exciting guy in the whole 140-pound division.  I really do think he’s a beast. He punches like a mule. He’s more skilled than people give him credit for and he’s a top-level guy.”

It would have been an arguably more interesting WBSS final if Baranchyk had been the one to take on Regis Prograis rather than Taylor. Baranchyk and Prograis would have been like to rams going to war at center stage and not giving an inch. boxing fans would have loved to see those two guys go at it. 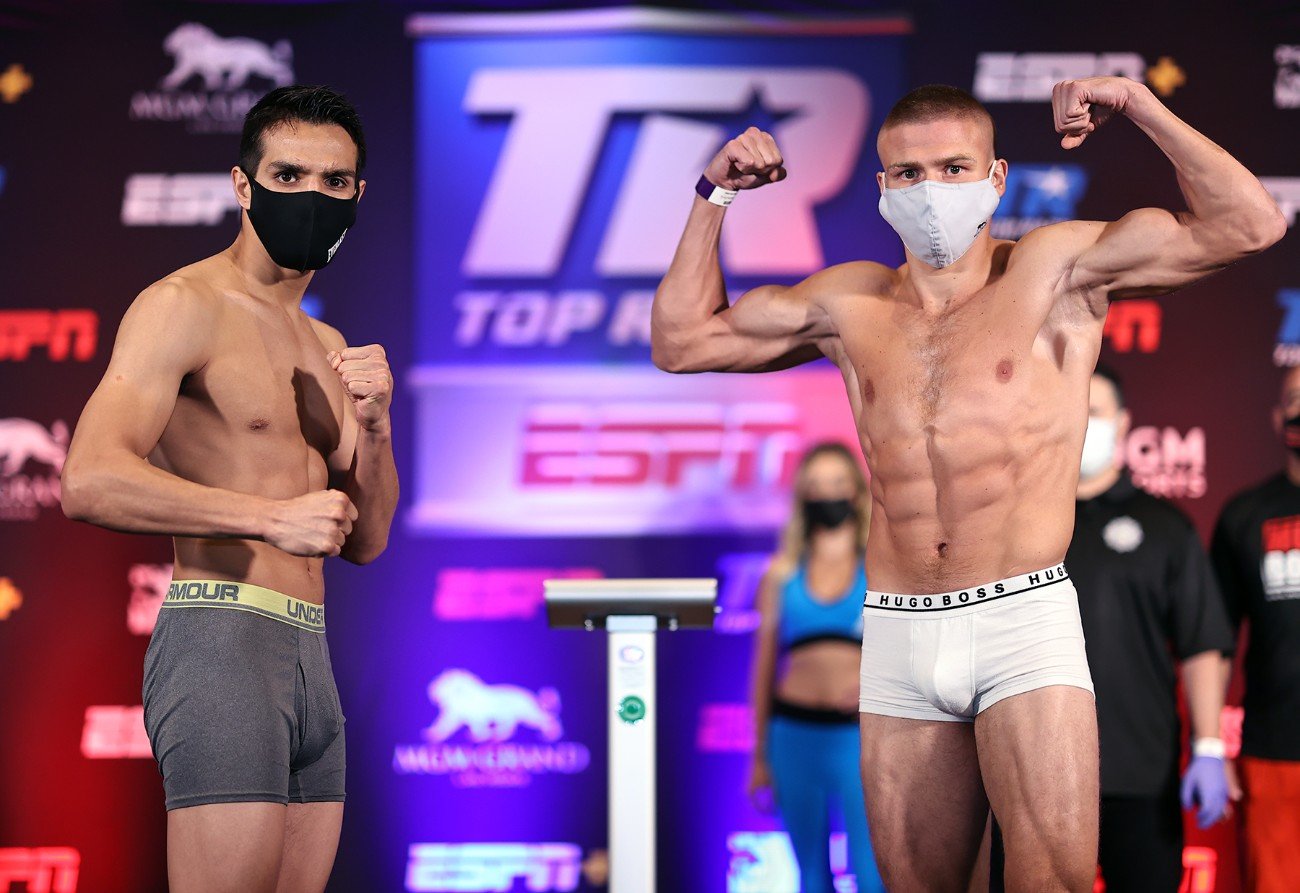 Last year, Zepeda lost a controversial 12 round majority decision to WBC light-welterweight champion Jose Ramirez in February 2019 in Fresno, California. The fight took place in Ramirez’s hometown, and many boxing fans believed that Zepeda had done more than enough to get the win.

Boxing News 24 scored the fight for Zepeda eight rounds to four, but it wasn’t a shock that he 2012 U.S Olympian Ramirez got the nod. He’s very popular in Fresno, and it was always going to be tough for Zepeda to win the fight if it went to a 12 round decision.

Zepeda has looked superb since that loss, beating Jose Pedraza and Kendo Castaneda by decisions. Both of those fights were one-sided affairs, with Zepeda dominating from start to finish.

Five years ago, Zepeda suffered a second stoppage loss to Terry Flanagan in a battle for the vacant WBO lightweight title in July 2015. Going into that fight, Zepeda was seen as the favorite in the eyes of a lot of boxing fans, and he very likely would have beaten the British fighter to win the WBO belt.

Unfortunately for Zepeda, the injury occurred, and Flanagan got lucky. Rather than staying at 135, Zepeda moved up to 140 and has lost only one fight in that weight class to Ramirez.

The win for Zepeda over Jose Pedraza last year in September was especially impressive. Zepeda dominated the highly talented Pedraza, beating him by a one-sided 10 round decision. For Zepeda to be able to beat a fighter with Pedraza’s ability easily says a lot about him. 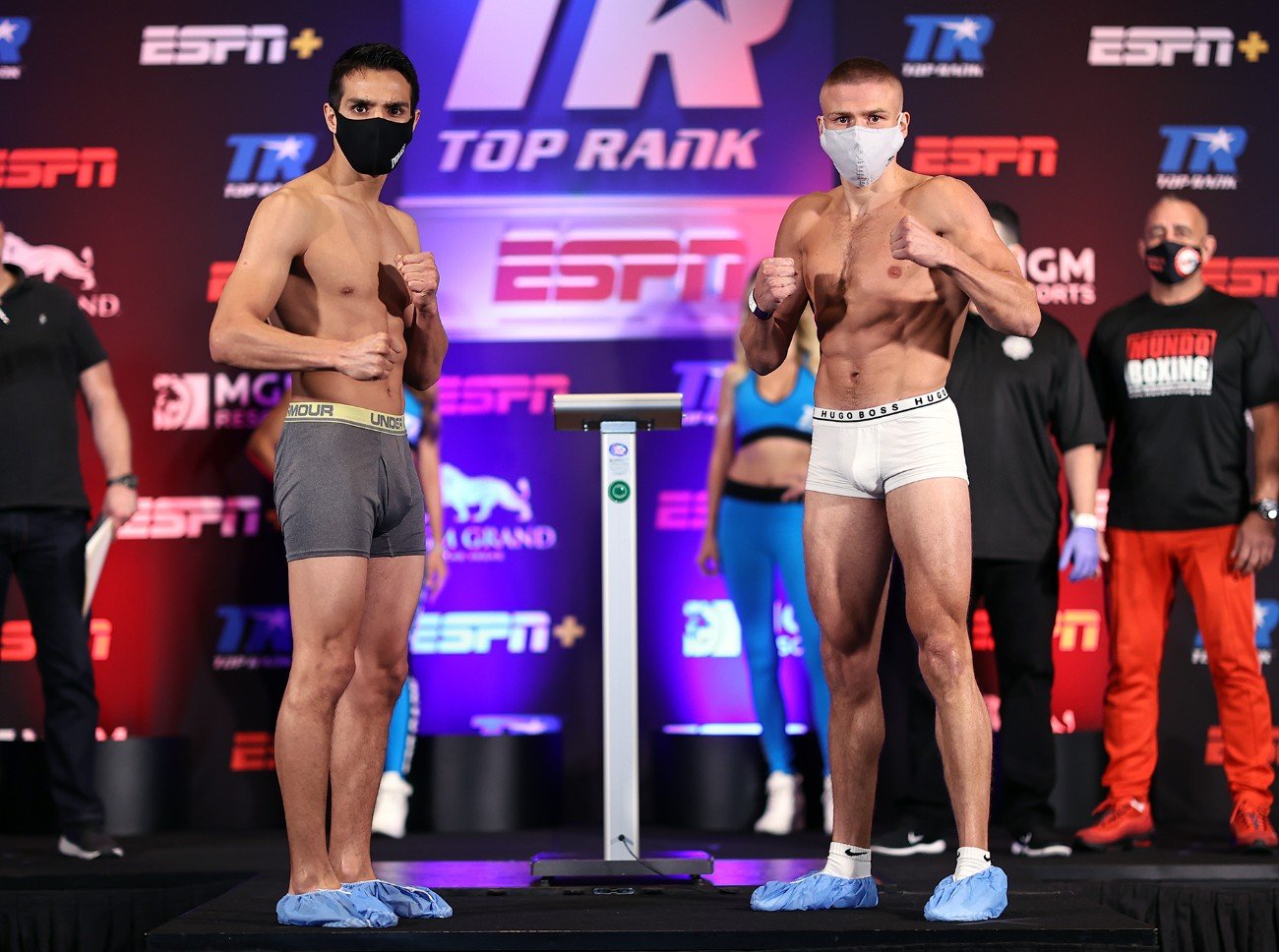 Other weights on the Zepeda vs. Baranchyk card for Saturday


« Jermall Charlo wants to fight again in 2020, hoping to unify