Haney agrees to $1.5M with no stipulations for Russell Jr fight 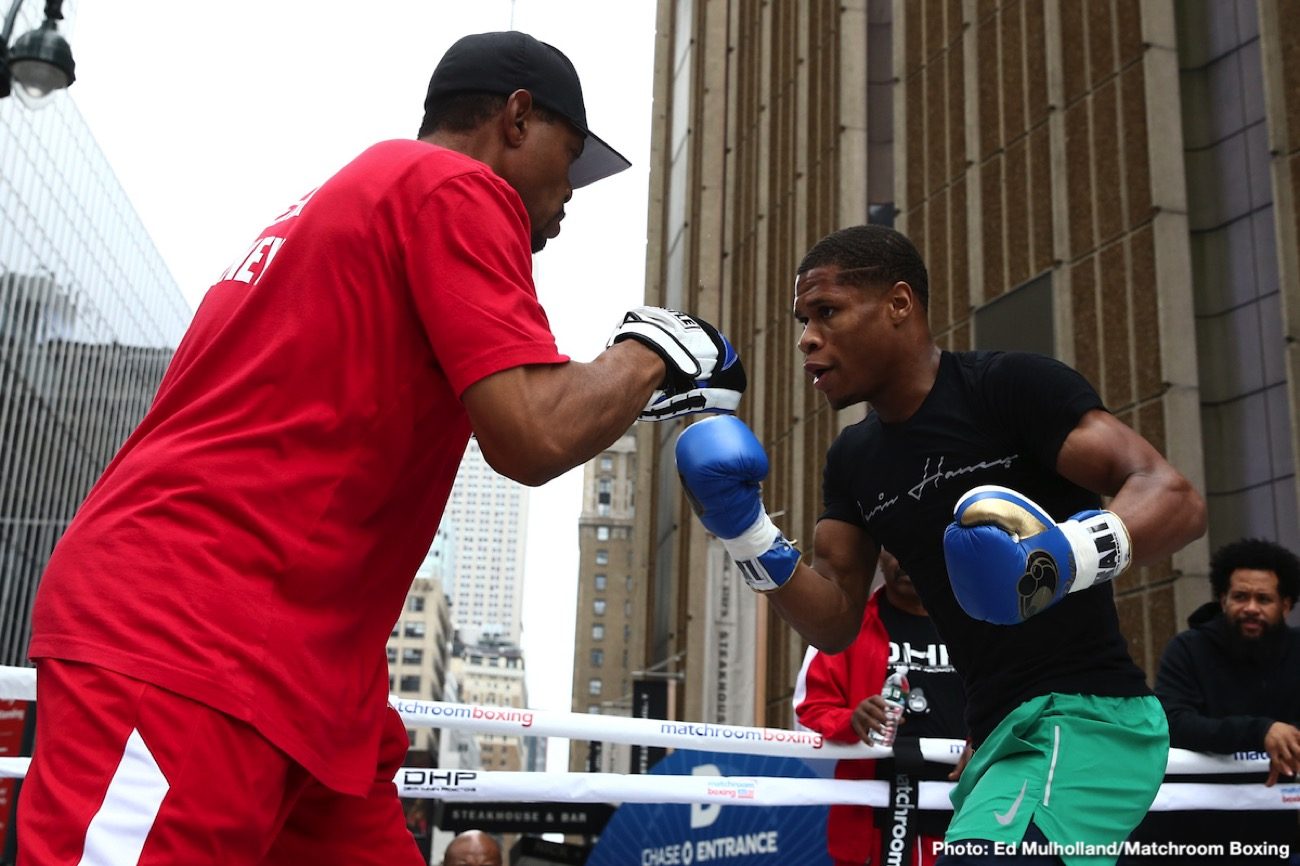 By Chris Williams:  Devin Haney says he’s agreed to the fight against Gary Russell Jr for $1.5 million, without the extra stipulations that he had wanted. The only stipulation will be the rematch clause.

Russell Jr (31-1, 18 KOs) told WBC lightweight champion, Haney, on Monday that he won’t agree to face him with the extra stipulations that he wanted, which was for him to fight another time on DAZN.

Gary Jr has no problems facing Haney on DAZN, but he has no interest in signing a contract that states that he much fight on DAZN an additional time.

It’s unclear if it was Devin’s idea to try and get Russell Jr to agree to the additional fight on DAZN. If so, then that’s not going to fly with Gary.

Haney agrees to the $1.5M with no stipulations

Russell Jr is already doing Haney a colossal favor by moving up two weight classes to fight him at 135 rather than asking for a catchweight. 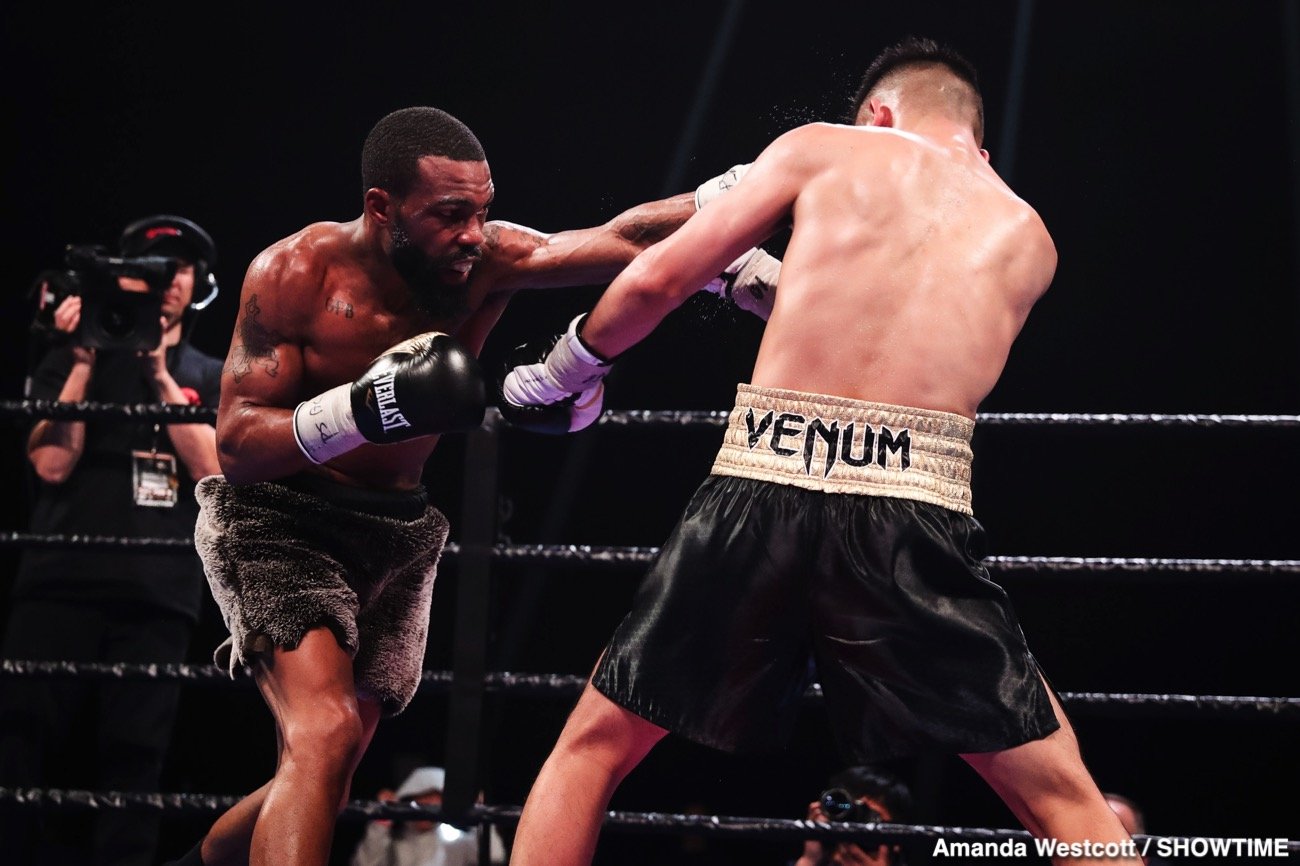 Haney (24-0, 15 KOs) and his promoters at Matchroom Boxing shouldn’t worry about the extra stipulation they wanted Russell to agree to.

If Haney loses the fight, which is entirely possible, Russell Jr will be tied in with the rematch clause. Since Russell Jr isn’t Haney’s WBC mandatory, he’s got no choice but to face him a second time if he beats him.

I got the 1.5 @mrgaryrusselljr no stipulations rematch clause only.
I’m ready to beat yo ass!!! @EddieHearn @DAZN_USA

What’s strange about this back and forth stuff between Haney and Russell Jr is the fact that Eddie Hearn hasn’t been talking about the fight. Where is Hearn? When it comes to the Haney-Russell Jr fight, Hearn has been missing in action. What does that tell you?

Usually, Hearn is talking nonstop about fights that he’s excited about that involve one of his fighters, but he’s not doing that here.

Chris Williams suspects that Hearn might not fancy the idea of Haney facing a talented fighter like Russell Jr, because this is an advanced opponent.

Haney is an excellent talent, but he’s also been arguably shielded from the dangerous guys during his five-year professional career. There’s nothing wrong with Haney’s management feeding him soft opposition because he’s still young.

It might not be a good idea for Haney to face a guy with the amount of ability that Russell Jr possesses. We’re talking about the best fighter in the 126-pound weight class.

“I don’t play with my business and nothing is personal. @mrgaryrusselljr @EddieHearn,” said Devin Haney on Twitter. “Ima beat all the CAP out of Gary, WATCH! & when I beat the dog s*** out of him, watch him make every excuse in the book as he did with Loma,” said Haney.

It’s up to Haney and his promoters at Matchroom Boxing USA to make the fight with Russell Jr. It’s all well and good that Haney is saying that he’ll face Russell for $1.5 million with no stipulations, but it’s up to his promoters to make it happen.

If Hearn isn’t all in for the Haney vs. Russell Jr match, then he might drag his feet and not make the fight. Thus far, Russell Jr, 32, has made it easy for Haney by agreeing to his $1.5 million offer and to fight him on DAZN.

Russell Jr has agreed to all that on top of him coming up two divisions to face Devin. What else more can Russell Jr do to make the contest with Haney happen?

Haney, 5’8″, will have a 3 ½” height advantage over the 5’4 ½” Russell Jr, but that doesn’t mean anything. Russell Jr just beat the 2012 Olympian Tugstsogt Nyambayar by a one-sided 12 round unanimous decision on February 8th.

Nyambayar is 5’7″, and almost the same height as Haney, and with similar boxing skills. Russell Jr took Nyambayar to school and out-boxed him the entire fight. Gary showed in that fight that he can negate height and reach with ease. 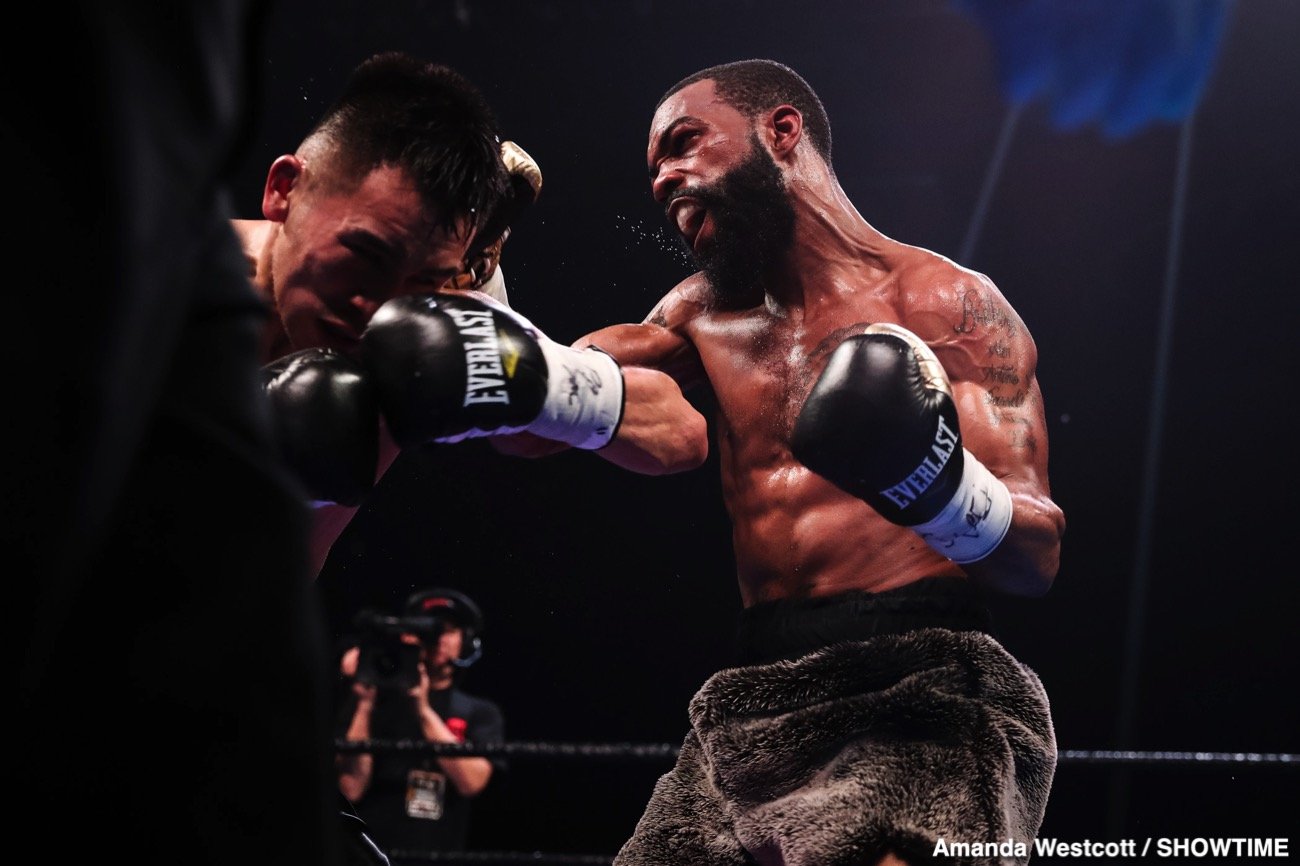 It don’t work that way. If y’all want to make this fight, make it the 1.5 with the only stipulations that should be in the contract is the rematch clause because how do you like it when I scorch his little a**.”

The experience that Russell Jr has over Haney, both as an amateur and a professional, will be essential. Haney hasn’t fought any credible opposition during his career, and he’s going to be taking a monstrous step up against Gary.

What we saw from Haney in his last fight against Alfredo Santiago was a flustered, lost young fighter, falling apart literally. Santiago put Haney under pressure, and he suffered a shoulder injury.

Once Haney was injured, Santiago put it on him and was landing at a high pace. Haney was lucky to get out of the fight with his perfect record intact, considering how badly injured he was.

Devin will look bad if he backs out

Devin is going to look bad if this fight doesn’t happen, seeing that he’s talked so boldly on social media. Russell Jr sees the stipulations that are coming from Haney’s side as a sign that he’s getting ready to duck the fight.

By adding a lot of stipulations, Haney can tell the fans, ‘See, Russell Jr didn’t want that smoke. He wouldn’t agree to the contract. What can I do?’

“I’m a free agent. I will come over to DAZN to fight Devin,” Russell Jr said. “If that’s where you want to do the fight at, I’ve already talked to Al [Haymon].

“We can fight wherever you want the fght to be. Whatever network you want it to be on, we can make it shake. But all that extra s*** you’re talking, you can miss me with that. Devin, get your s*** together,” said Russell Jr.