By Dan Ambrose: Gervonta ‘Tank’ Davis and Leo Santa Cruz will be moving off their previously scheduled October 24th date to Halloween on October 31st on SHOWTIME pay-per-view at the Alamodome in San Antonio, Texas.

According to The Athletic’s Mike Coppinger, Premier Boxing Champions will be taking advantage of crowds being allowed back in this Texas-based fight.

The downside of staging Davis-Santa Cruz, which arguably isn’t a pay-per-view worthy fight, on October 31st is the competition that it’ll have for that date.

They’ll be competitive with the UK fight between heavyweights Oleksandr Usyk vs. Dereck Chisora on DAZN and Sky Box Office and IBF/WBA bantamweight champion Naoya Inoue vs. Jason Moloney on ESPN+.

Boxing fans in the U.S will have to pay to see Inoue-Moloney on the ESPN+ app and subscribe to DAZN if they want to watch the Usyk-Chisora heavyweight clash.

A strategic move by PBC

Moving Davis vs. Leo Santa Cruz off the October 24 will help the event bring in gate money by being staged in front of live fans at the Alamodome in San Antonio, which has a seating capacity of 72,000.

Placing the Davis-Santa Cruz card at the Alamodome is a good idea because Leo has many fans in that area, even though he’s from California. Davis is from Baltimore, so he probably won’t help much in attracting fans.

In the co-feature, former WBA light-welterweight champion Regis Prograis will be fighting Juan Heraldez. Prograis is from New Orleans.

Ultimately, it’s a good move for Tank Davis vs. Santa Cruz to move off the October 24th date because the popular UFC star Khabib Nurmagomedov will be fighting on pay-per-view.

Davis and Santa Cruz have never fought on PPV before, and it’s wacky to put this fight on PPV in the first place, especially with the weak undercard that comes with it. 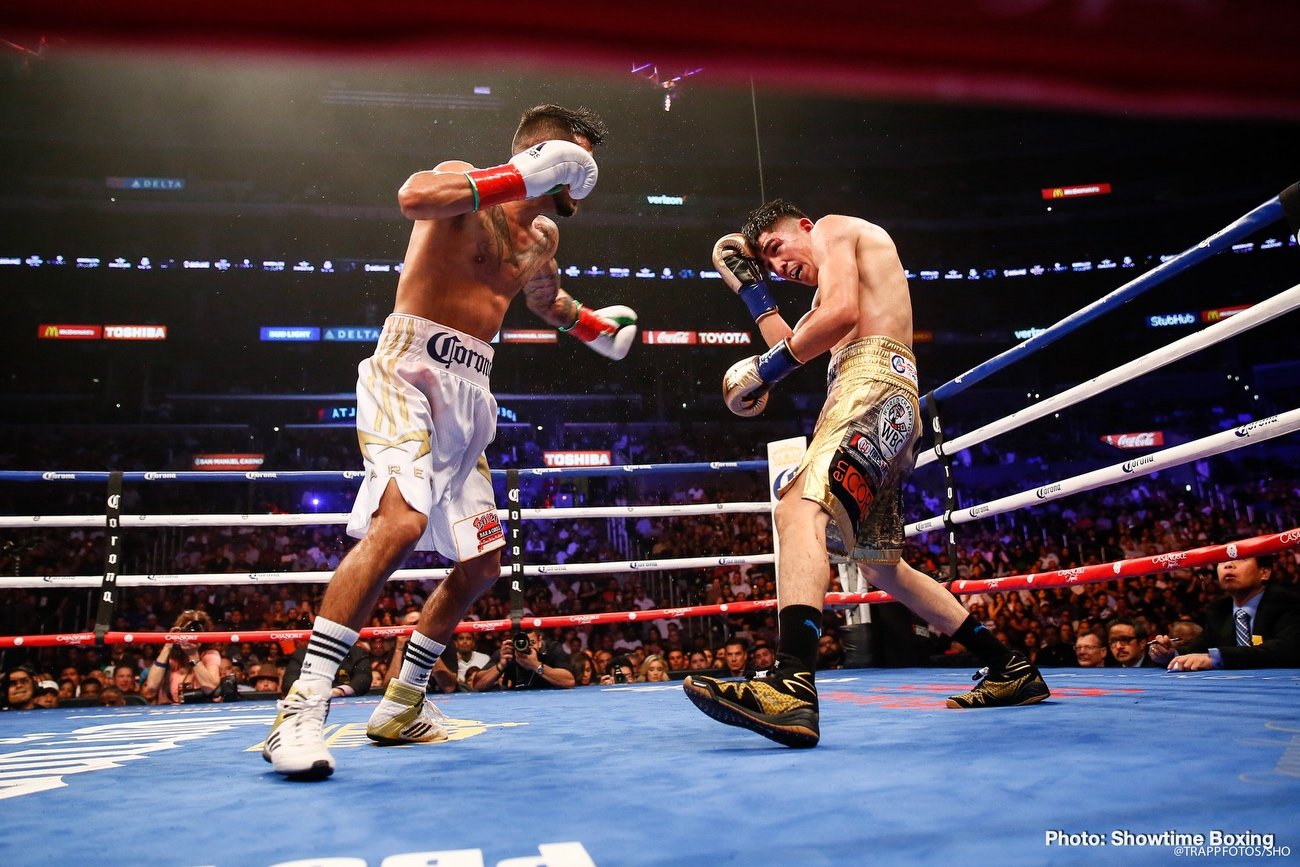 Fans are being asked to pay a lot of money just to see Davis fight Santa Cruz and watch an undercard filled with less popular fighters.

“SOURCES: Gervonta Davis vs. Leo Santa Cruz is moving from Oct. 24 to Oct. 31 and SHO PPV will be held with fans at San Antonio’s Alamodome.

“Shrewd move by PBC finding a way to generate gate revenue and also moving off date occupied by UFC 254 with Khabib,” said @MikeCoppinger.

“When Gervontaa appeared on the podcast with me and @pugboxing, he insisted his fight with LSC wouldn’t land in Mohegan Sun. He was right.”

Hopefully, PBC isn’t expecting huge PPV numbers for the Santa Cruz (37-1-1, 19 KOs) vs. Tank Davis fight because it’s not likely to do a huge amount of buys. Santa Cruz, 32, hasn’t had a serious fight against an A-level opponent since his rematch with Carl Frampton in 2017.

When Frampton and his team attempted to negotiate a trilogy match, Santa Cruz balked and chose not to take it. Santa Cruz looked weak in choosing not to fight Frampton a third time, as the rubber match would have proven who the better fighter was between the two.

Frampton had beaten Leo in their first fight in July 2016 in New York, and then Santa Cruz avenged the loss in beating Carl by a 12 round decision in 2017 in Las Vegas.

What also looked bad is Santa Cruz not accepting the challenge to face WBC featherweight champion Gary Russell Jr, who has been calling him out for the last two years without success.

Many boxing fans were surprised when Santa Cruz chose to agree to the fight with Gervonta Davis, as they figured he’d chicken out.

They’d already seen Santa Cruz steer clear of Russell and Frampton, and they naturally figured he’d avoid Tank Davis as well. But the money was too good for Santa Cruz not to take the Tank Davis fight, which is probably the only reason he’s taking the fight.