By Allan Fox: Floyd Mayweather Jr is volunteering to help improve former WBC heavyweight champion Deontay Wilder’s skill-set if he’s open to assistance from him. The former four-division world champion Mayweather, who rates himself as TBE, wants to help ‘The Bronze Bomber’ Wilder (42-1-1, 41 KOs) before he faces Tyson Fury in their trilogy match.

If Wilder to have any chance of defeating Fury, he’s going to need to have someone like Mayweather give him some pointers. Whatever Wilder’s current coaches have been teaching, it’s not working. Fury has proven to be the better fighter in both of their fights thus far, and that’s not going to change without outside help from someone like Floyd.

Wilder and WBC heavyweight champion Fury still doesn’t have a date for their next fight, but it could occur in early December in the new Allegiant stadium in Las Vegas, Nevada.

“Tyson Fury’s solid, he’s got skills. Deontay Wilder’s got bombs, but we can make his skills a lot better. I’m here to help fighters, even Wilder. I’m here, all he’s got to do is let me know what he wants do and we can make it happen,” said Mayweather to ClubShayShay.

Maybe Wilder, 34, is too proud to take Mayweather up on his offer, as he would be putting himself in a position where he would be viewed as needy.  If Wilder agrees to Mayweather’s help, the whole world will see, and that might make ‘The Bronze Bomber’ look like he’s desperately in need of help.

Sadly, Wilder is in dire need of help for Fury’s third fight because he’s looked totally overmatched in the first two fights.

It’s a bad look on Wilder’s part for him to be laying low all this time, not talking to the media, and failing to respond to Fury (30-0, 21 KOs) goading him on social media. Fury seems to be taking it easy on Wilder a little as of late, but he can’t continue to hold back if he wants to promote the fight.

Wilder needs to realize that he’s got to speak to the media if he wants the trilogy match with Fury to bring in many PPV buys. It’s not going to do well if Wilder is playing hush mouth all the way up to the fight. Boxing is show business, and Wilder needs to do his part to help make his third match with Fury successful in the promotion department.

Mayweather (50-0, 27 KOs) isn’t so impressed with the ring record of WBC minimumweight champion Wanheng Menayothin (54-0, 18 KOs), who has not only beaten his own record but has smashed it in the process. Some boxing fans are now calling Menayothin ‘TBE’, which doesn’t sit too well with Mayweather.

“Right now they got a fighter over in Asia that’s 54-0 and they say, ‘This is the new TBE.’ He’s 54-0 and only beat one world champion? This is who y’all are trying to call TBE? Y’all are some comedians,” said a bitter sounding Mayweather.

The fact of the matter is, Menayothin has the best record of all time, and he’s only 34-years-old. Menayothin has got a lot of time to not only add on to his own unbeaten record but perhaps even finish his record with over 60 victories.

Menayothin will make it difficult for anyone to think of Mayweather when they talk about records if he goes beyond 50 wins with no losses. No one has gone as far as the talented Menayothin, and he seems to have a lot left. 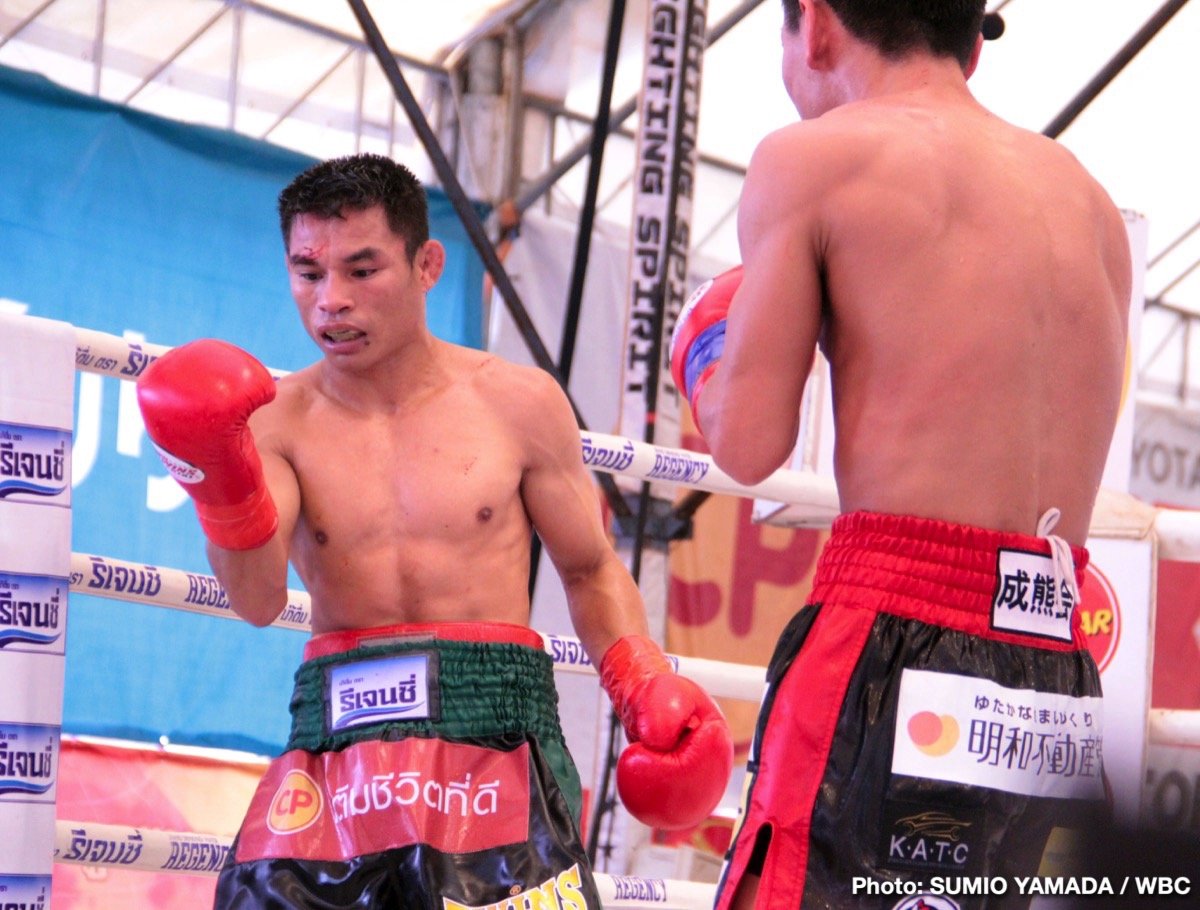 Menayothin has held down the WBC title since 2014, and he’s successfully defended his title an incredible ten times during that period.

He’ll be making a title defense next against Panya Pradabsri (34-1, 22 KOs) on November 27h, and he’s expected to win that fight without any issues.

If Mayweather wants to have the best record of all time, he’s going to need to come out of retirement and fight to try and keep up with Menayothin because he’s already well ahead of him.

Mayweather says he’s accomplished more than any other boxer

“I accomplished more than any fighter in the history of boxing. [Leon] Spinks beat Muhammad Ali when he only had seven fights. Norton beat Ali all three times. And I love Ali. Sugar Ray Robinson had 200 fights? I still beat more champions than him,” said Mayweather.

It’s already been established that Menayothin has done more in his career than Mayweather. Still, if he wants to bring in Sugar Ray Robinson and Muhammad Ali into the equation, Floyd is just a glutton for punishment. Robinson (173-19-6, 109 KOs) and Ali had better careers in terms of their popularity.

Those two were really well-liked by the boxing public, and one reason for that is they entertained with their way of fighting. Robinson and Ali didn’t try and do the minimum to win fights as we’ve with Mayweather, and they didn’t hunt for over-matched opposition by picking out non-boxers to fight the way Floyd has.

For example, Mayweather’s last two fights have been against MMA fighters Tenshin Nasukawa and Conor McGregor. On top of that, Mayweather is rumored to be looking to fight Youtuber Logan Paul next in a boxing match. You wouldn’t have seen Sugar Ray Robinson and Muhammad Ali stoop to that level to cherry-pick soft jobs like Mayweather.

Floyd was a good fighter, but he wasn’t an entertainer like Sugar Ray Robinson and Muhammad Ali. Those guys weren’t content to stand back and jab their way to dull wins. Ali and Robinson were looking to entertain the fans and give them their money’s worth. That’s what separates them from Mayweather.