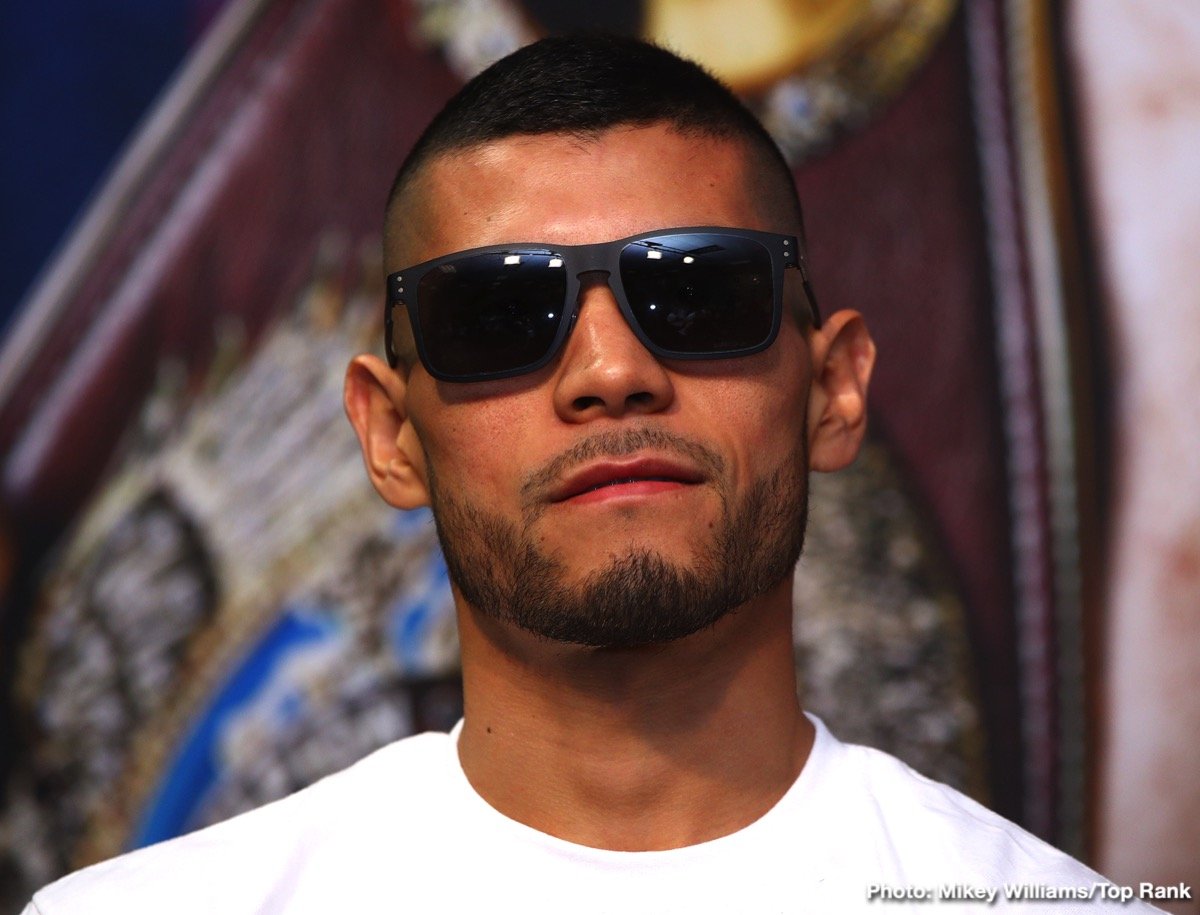 Saucedo (30-1, 19 KOs) claimed a unanimous decision over Sonny Fredrickson inside ’The Bubble’ at the MGM Grand in June and Barboza Jr said a showdown would make sense for both of them.

“I would love to fight Saucedo, that’s the fight that I really want,” Barboza Jr told Pro Boxing Fans.

“The whole 140lbs division is on standby, because Ramirez and Josh Taylor have to do their thing and figure out their situation and fight to unify and move up so we’re all kind of basically in line waiting and waiting for them [to fight].

“So I think Saucedo makes a lot of sense for both of us, because he needs me to get back to the top where he was at and I need him to boost myself to the next level and I think a fight is very possible in October or September.

“The thing is I gotta get my fight in before we fight, because I’m not going to wait until September because I haven’t fought, he just fought so he got that fight in so now I’m going to get mine.

“But, definitely if everything goes good with this fight, the next fight hopefully we can get it on, because that’s a fight I definitely  want.

“I think he needs me to get back to where he was at when he challenged for the title and I need him to prove that I deserve to be a champion already and I deserve to get that title shot.

“So we both need each other and I think on top of that I think the fans kind of need a fight like that because it’s going to be a great fight.

“You know Saucedo’s style, you know my style, so we’re going to clash and I’m looking forward to it, I’m excited.”

The Californian registered three wins in 2019, knocking out William Silva inside five rounds in November in Las Vegas.

The 28-year-old, who is ranked in the top 10 by both the WBC and WBO says he would also be open to a clash with Regis Prograis, who saw a bout with Maurice Hooker fall through prior to the COVID-19 pandemic as well as two-weight World champion Jose Pedraza and WBO mandatory Jack Catterall.

Barboza added: “Regis [Prograis] is always a good name if it was a meaningful fight for a title eliminator or something I’d definitely do it.

“That’ll be definitely someone I would love to fight him, for a belt or even for a title eliminator.”

Catterall is awaiting a shot at Jose Ramirez’s belt, however the unified champion is set to defend his titles against Viktor Postol on August 29 in a rescheduled clash.

Ramirez is also targeting an undisputed battle with Josh Taylor and Barboza Jr has urged the Brit to accept step aside money to allow an undisputed fight to materialise.

“I think all the mandatory fighters for the IBF, WBO, WBC and WBA,” the 28-year-old said.

“I think they should take a little step aside money and let Ramirez and Taylor fight, let the winner vacate those belts and we all start fighting for them.

“I seen something where Jack Catterall said ‘Im not going to wait, I want Ramirez,’ bro just take a little step aside money.

“Let them do their thing and let’s just get it on after with whoever we fight.

“Let these dudes do their thing man, because it just sounds like their destiny is already set, that’s if they both win their fights.”