By Charles Brun: Carl Frampton needs a new opponent for his August 15 fight date due to his previously scheduled adversary Vahram Vardanyan having difficulties getting into the UK. Carl will be fighting at the BT Sport Studio, in Stratford, London, England.

Mike Coppinger is reporting the news on the 33-year-old Frampton’s opponent problems.

Frampton (27-2, 15 KOs) and his team don’t have much time to find him a replacement in the next nine days before Aug.15.

Not much time to find Frampton a replacement

With only a week and a half to go before Frampton’s fight this month, you can’t expect his handlers to find a quality opponent before he’s set to fight on August 15.

Be that as it may, Frampton’s original opponent Vahram Vardanyan was a warm-up level, stay-busy guy for him to stay sharp while getting ready to challenge WBO super featherweight champion, Jamel Herring.

Frampton’s handlers found Vardanyan for him to fight to give him another confidence booster after his loss to Josh Warrington in December 2018. 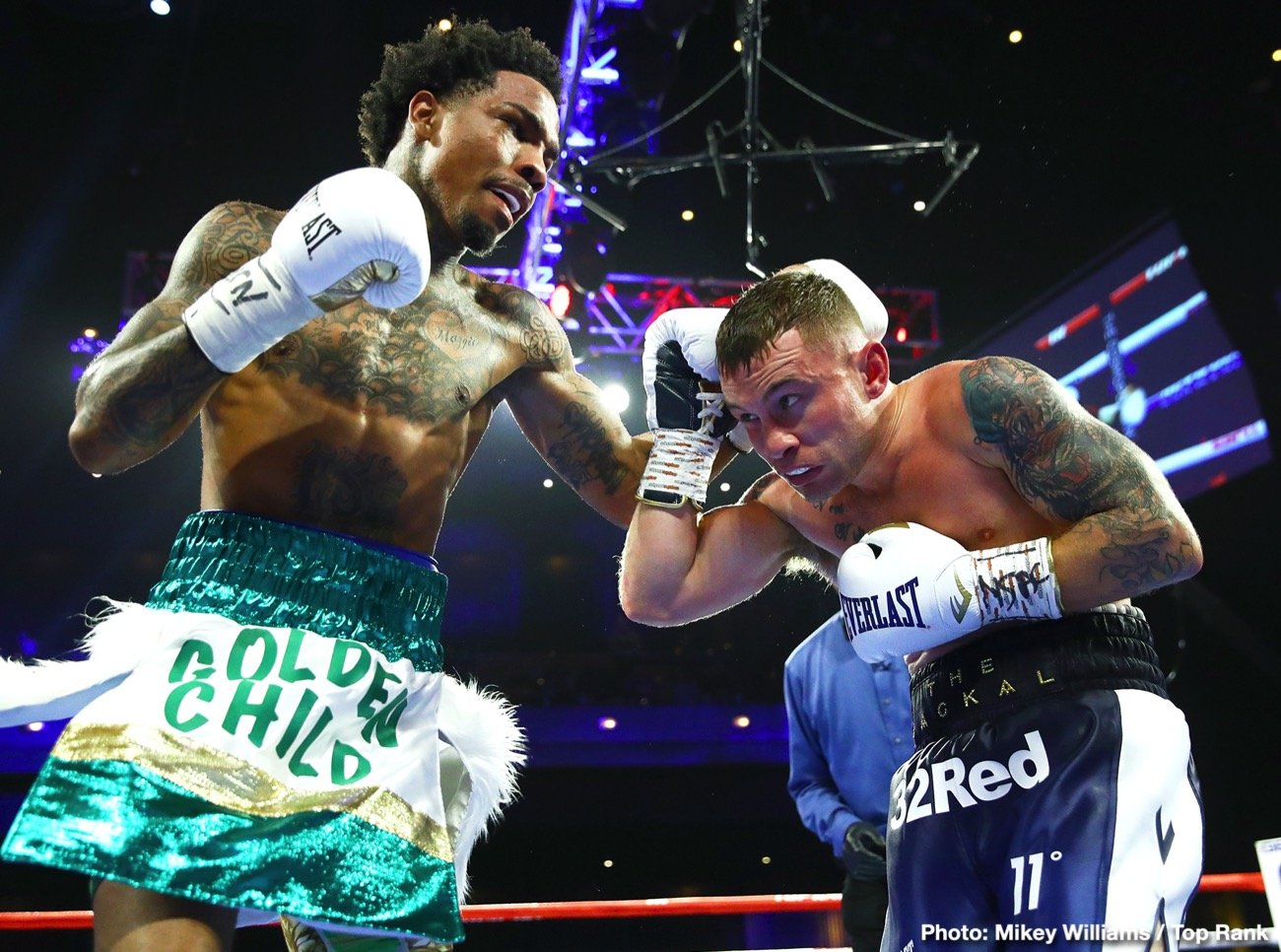 Although Frampton was fed a soft touch in Tyler McCreary last November, he’s now being matched against another easy opponent to make sure he doesn’t lose before challenging for a world title against WBO 130-lb belt holder Herring.

Of the FIVE super featherweight champions, Herring is viewed as the weakest link of the bunch, and perhaps the only one Frampton is capable of beating.

The other 130-lb champions are as follows:

“My hands are fine. They probably look a little worse than they are, but they’re fine,” said Frampton to BT Sport. “I’ve got a plate in my left hand, and I’ve got a screw in my right hand. My left hand, you need to smash that with a sledgehammer for it to break or a massive ornament or something like that.

“I’m doing this because of the drive and motivation to become a three-weight world champion. People keep talking about my age and the stage of my career where I’m at, but the opponent that I want after this fight is Jamel Herring, and he’s a year and a half older than me,” Frampton said.

Carl has an excellent shot at winning the WBO 130-lb title from Herring if he can get the fight before one of the other contenders. #1 WBO-ranked Shakur Stevenson has expressed interest in facing Herring for his title, but it appears Top Rank is saving Jamel for Frampton. However, they can’t wait forever.

It would be best for Carl to take it easy in the next nine days to make sure he doesn’t go down with another nagging injury before his tune-up on August 15. Coming up lane yet again would be catastrophic for his career. 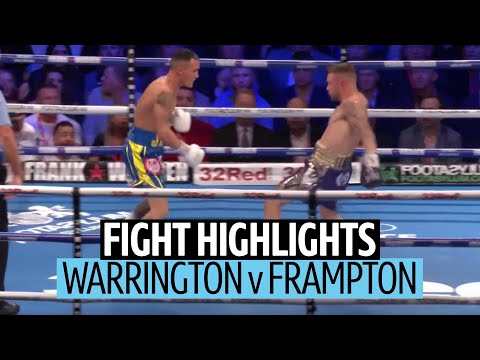 If Frampton suffers another hand injury that puts him on the shelf, Top Rank will likely give Stevenson the green light to face Herring. Frampton will have lost his best chance to win a belt at 130 to become a three-division world champion.

While Frampton is an excellent fighter, he’ll have problems against a young talent like the 2016 Olympic silver medalist Stevenson.

“So time isn’t on his side either,” continued Frampton in talking about 34-year-old Herring. “I’m pretty sure the fight will happen at some point, and I’m confident that I can get the win.

“I’ve been training for eight weeks, so I’m in reasonable shape. I’m fit and focused on the fight. I need to win it, and then it’s on to the big one against Herring at the end of the year.

“There are so many big fights that haven’t happened because of what’s going on. I was unlucky to be one of those fights. I’m pretty confident at some point that it will happen, but again, I can’t take my eye off the ball here for a second.

“I have an opponent to deal with as well in a couple of weeks, and I have to get past him first,” said Frampton. 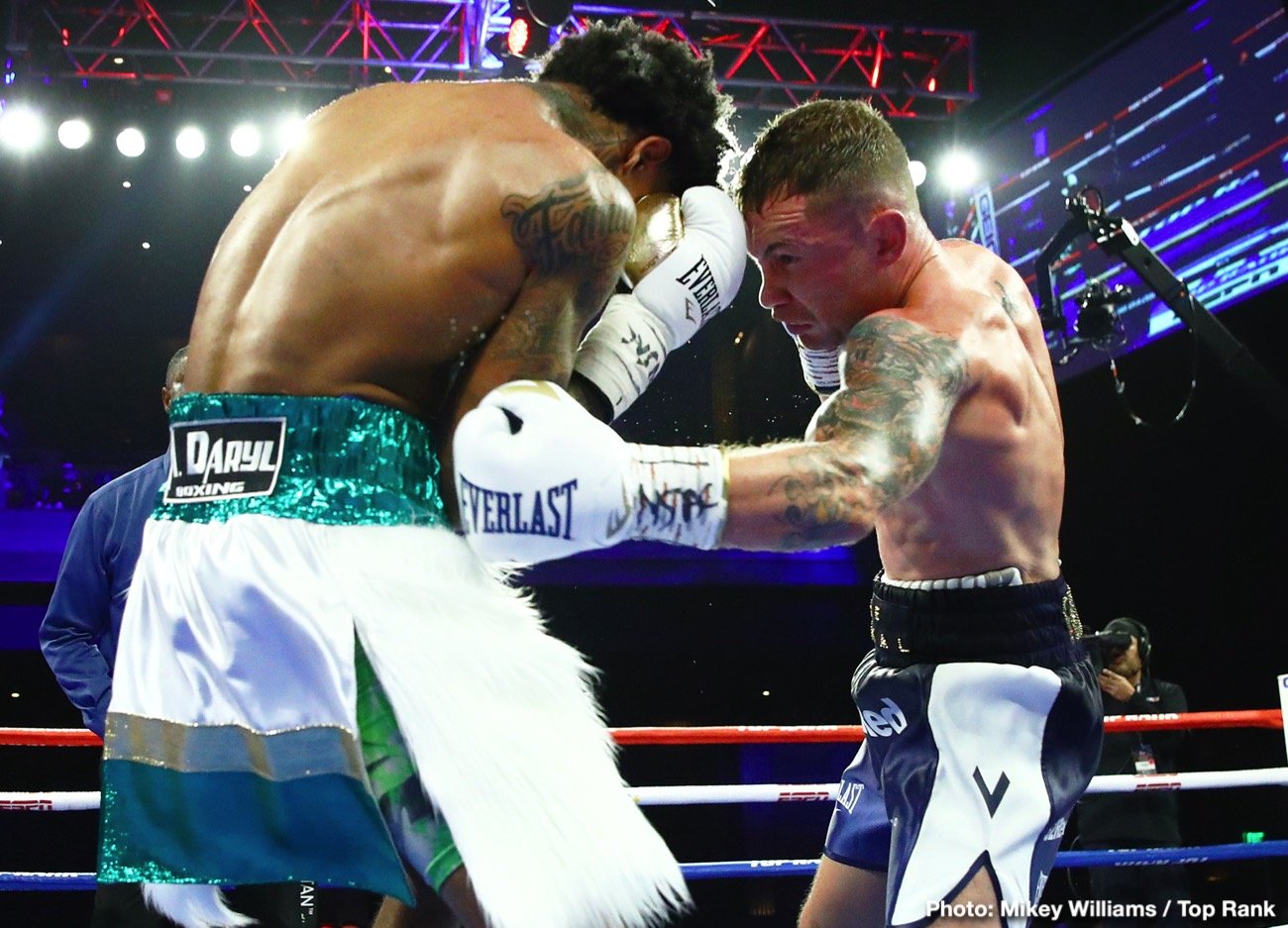 There’s no point in Frampton comparing himself with Herring because they’re two different fighters in terms of their physical health. Herring is a young 34, whose body isn’t riddled with injuries the way Frampton’s is, and he’s still fighting at a high level.

Jamie Moore likes what he sees in Carl

“You know, especially in the stage Carl’s career is at that it would take a big of motivating, but he self-motivates himself,” said Frampton’s trainer Jamie Moore.

“He has had setbacks in the past, and he’s learned to deal with them well. He just took a big deep breath and dusted himself down, and said, ‘I’m going to get there. This is what I’ve got to do.’

“So he has to come through this and get through it properly to make sure he wins, and the opportunity will be there for him to fight Herring. You always have to ease your way into it again and make sure the injuries are well healed up.

“I was comfortable. I’d like to see him have this fight, come through with no hand injuries and no damage, and get the Herring fight. It’ll be a massive fight. If he can beat Jamel Herring, there are huge fights out there for him.

“I want him to walk off into the sunset with his wife and kids and live happily ever after,” said Moore. 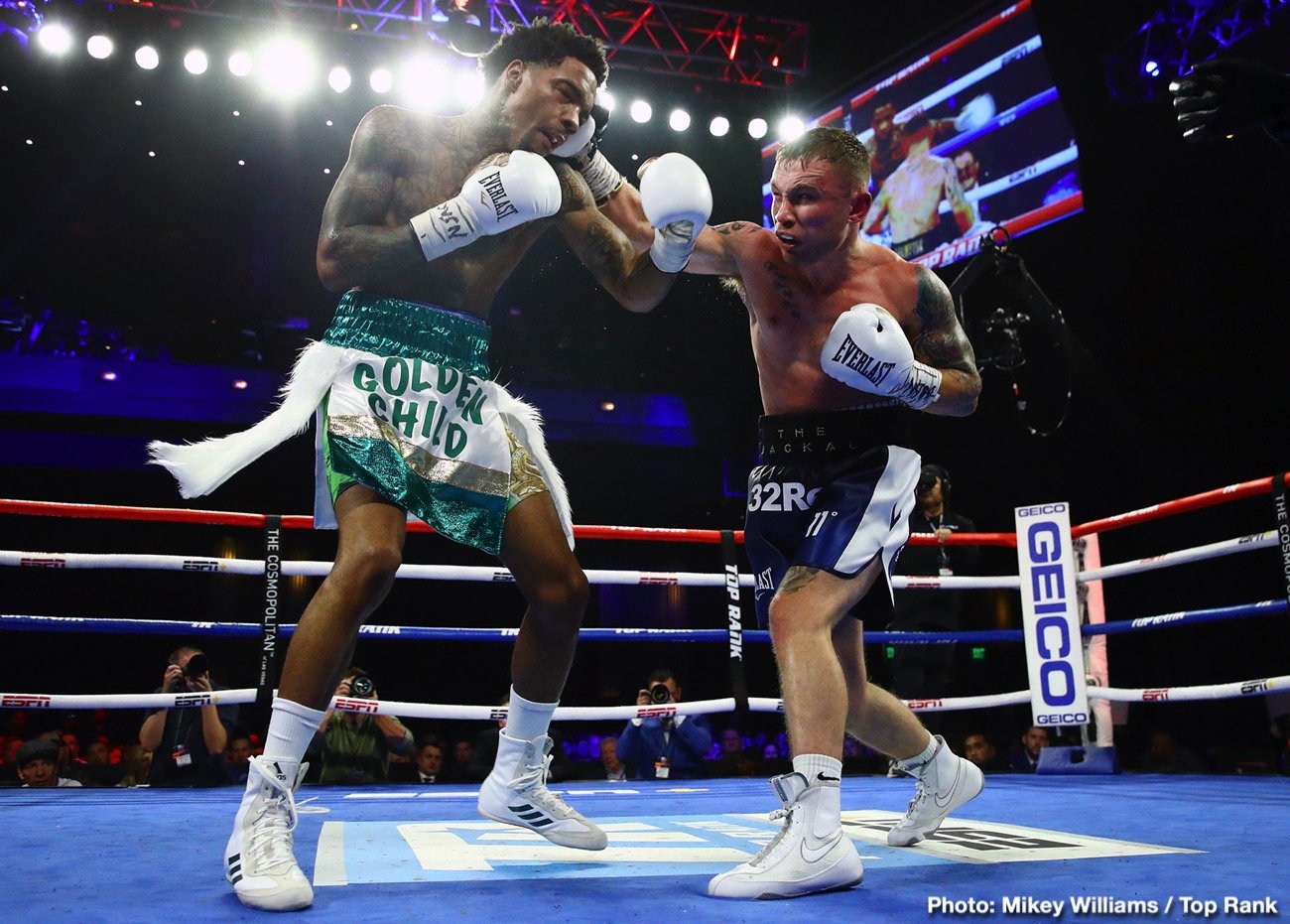 If Frampton beats Herring, he’ll be in a position to potentially face someone like Gervonta ‘Tank’ Davis, who is fighting WBA 130lb champ Leo Santa Cruz on October 24. Frampton vs. Tank Davis would be a great unification fight at 130, and there would be a lot of fan interest.

The co-feature bout between two-time Irish Olympian Michael Conlan (13-0, 7 KOs) and Sofiane Takoucht (35-4-1, 13 KOs) is still on. Conlan-Takoucht is expected to be a mismatch, however, as the 34-year-old Frenchman Takoucht is coming off of a second-round knockout loss to IBF featherweight champion Josh Warrington on October 12 last year in Leeds.

Warrington, with his 33% KO percentage, isn’t considered a puncher, but he had no problems crushing Takoucht in two rounds. Either Takoucht was caught with a shot that he didn’t see coming of he’s packing glass for a chin. It might be a little of the latter.

Conlan is still unbeaten, but his promoters at Top Rank need to be careful in who they match him against in the future because he’s vulnerable. If they put him in with a talented guy like Murodjon Akhmadaliev or Rey Vargas, he’ll likely lose.