By Chris Williams: The negotiations between Vasily Lomachenko and Teofimo Lopez have ground to a halt over the $1.2 million offer that was made to the talented ‘El Brooklyn’ for their October 3 fight.

If ESPN and Top Rank don’t have the money to pay Teofimo, then he needs to be replaced as soon as possible with a quality opponent.

WBC lightweight champion Devin Haney would be an excellent replacement fighter for Lomachenko (14-1, 10 KOs) to fight on October 3 on ESPN, as long as Top Rank’s brass are on board with it.

Haney’s management is interested in matching him against Yuriorkis Gamboa, but that fight holds little appeal to the boxing public in the U.S.

They haven’t negotiated that fight yet, so Haney could, in theory, move on if he’s given an offer from Top Rank to face Lomachenko. But for all that, Haney would probably turn up his nose at a $1.2 million proposal to face Lomachenko.

He would likely want over $2 million at the minimum to face the #1 pound-for-pound fighter in boxing in Lomachenko.

Haney (24-0, 15 KOs) is a risky opponent for the 32-year-old Lomachenko, as he’s starting to show signs of age. But if Loma is the top fighter in the sport like Top Rank believes him to be, then they should have no qualms about letting him face the unbeaten 21-year-old Haney.

It doesn’t look like Top Rank promoter Bob Arum will be increasing the offer made to the New Yorker Teofimo (15-0, 12 KOs) to get it to over $2 million, and he’s already looking to go in another direction.

Teofimo, 23, says the Lomachenko fight is still “going to happen,” but don’t be too sure of that. He wants a considerable increase over the current offer made by Top Rank, and it’s believed that the only way that’ll happen is if ESPN steps in and comes up with the extra dough.

“The fight is going to happen. Stuff like this sometimes takes a little longer to happen and that’s why it’s called “negotiating” for a reason. Dumb a****!” said Teofimo on his Twitter on Wednesday in lecturing his boxing fans for doubting the Lomachenko fight will happen.

This is what I was afraid of. Chris Williams smells weakness from Teofimo, and it looks like he’s going to cave on the $1.2 million offer rather than dig his feet into the sand until the bitter end.

Well, at this point, you have to assume that Top Rank and ESPN won’t pay Teofimo the money he wants for the Lomachenko fight.  If Teofimo wants the contest with Lomachenko, he may need to agree to the $1.2 million standing offer that was made to him or go kick rocks.

Teofimo can probably make considerably more facing Lomachenko in 2021 or 2022, but that would depend on the pandemic going away. In the latest news on the virus front, it doesn’t sound promising that the pandemic scourge will end soon.

With Lomachenko getting older by the day and already looking closer to 40 than his early 30s, Teofimo may need to bite the bullet and accept the $1.2M offer. It’s not the money that he wants obviously, but it’ll work out in the end if he beats Lomachenko. They would have a rematch, and Teofimo will make considerably more.

Haney thinks Lomachenko is ducking him

On Wednesday, Haney posted a picture of the top lightweights in the division, and he included the caption: “Donald Duck’s family.” Among those pictured was Lomachenko, which implies that Haney believes that he ducked him in the past.

It’s likely that Haney is referring to after Lomachenko won the WBC belt against Luke Campbell in 2019, he chose to accept the World Boxing Council’s Franchise tag, which freed him up from needing to defend the belt. 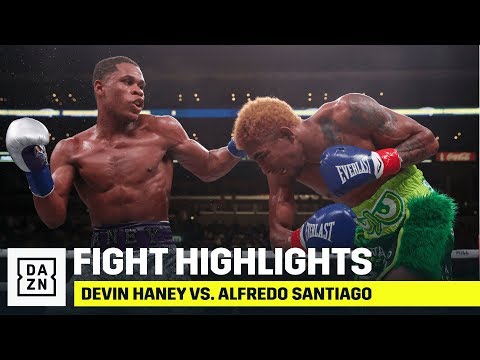 The right thing for Lomachenko to have done would have been to refuse the WBC when they offered him the Franchise title. Lomachenko also should have fought Haney to take care of his WBC mandatory commitment.

The fact that Lomachenko accepted the Franchise tag and failed to defend against Haney has ‘duck’ written all over it. How do you spin something like that?

Artur Beterbiev vs. Meng Fanlong on September 25 on ESPN+ »