Terence Crawford with few options for next fight in 2020 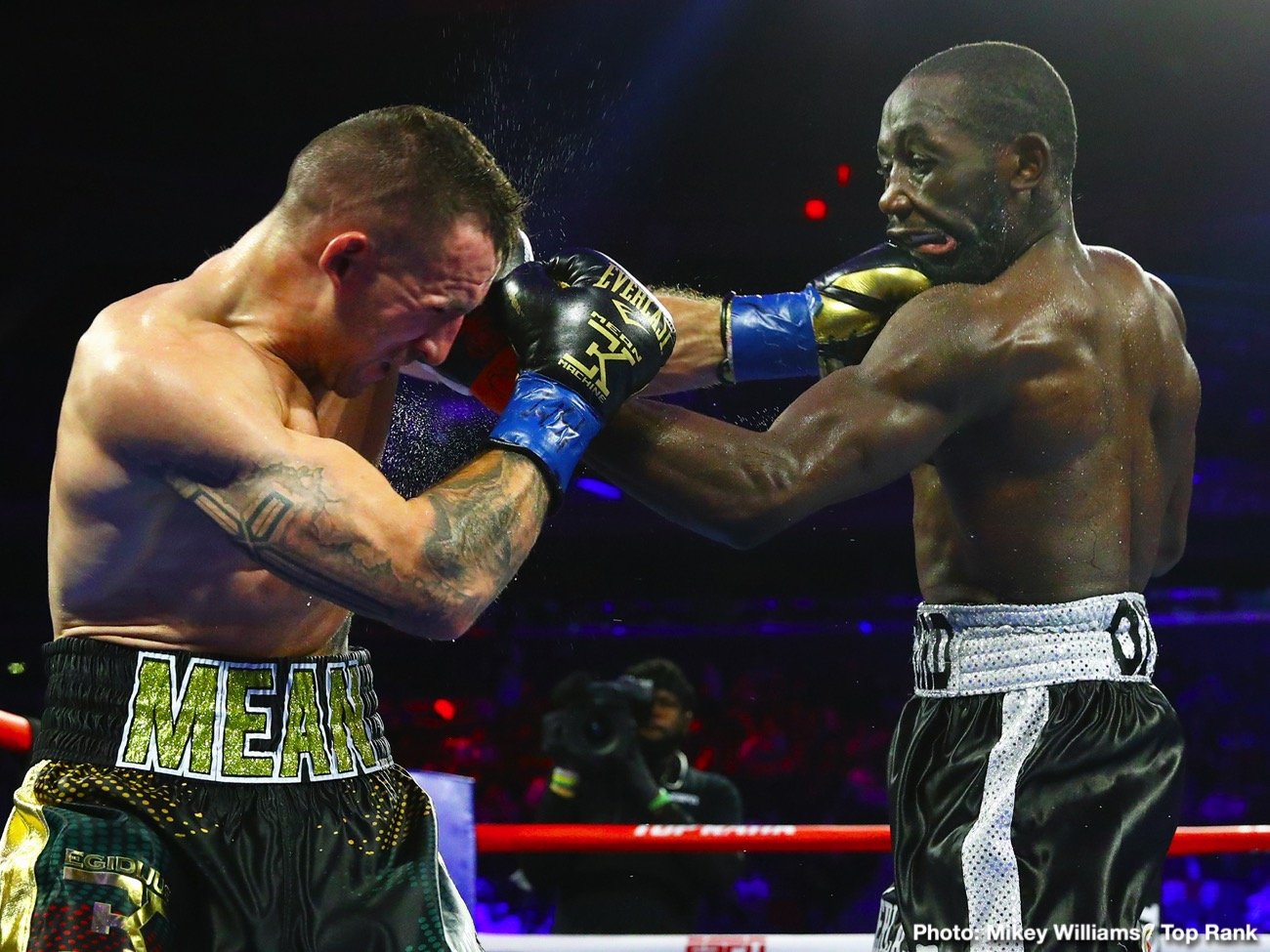 By Cris Williams: Top Rank will be looking to get Terence Crawford a fight before the end of the year, but the options aren’t so good. ESPN writer Mark Kriegel is hoping that the opponent for WBO welterweight champion Crawford (36-0, 27 KOs) will be someone good like Egidijus Kavaliauskas turned out to be.

Crawford would like to fight one of the PBC welterweights this year, but that’s a pipe dream. It’s not happening, and he can forget about Manny Pacquiao. The Filipino star will likely face Mikey Garcia if anyone this year.

The name keeps popping up as a potential opponent for Crawford’s next fight in the fall is #2 WBO Sergey Lipinets. The former WBO 140-pound champion Lipinets (16-1, 12 KOs) has won three contests in a row since moving up to the 147-lb division in 2018. He has recent wins over Erick Bone, Lamont Peterson, and Jayar Inson.

The 31-year-old Lipinets has a high ranking with the World Boxing Organization at welterweight, and he would be a lateral move for Crawford from his last fight against Kavaliauskas. Both guys have roughly the same amount of talent. The only loss Kazakstan fighter Lipinets suffered a 12 round unanimous decision to Mikey Garcia in March 2018.

That fight was a lot closer than the scores handed down by the three judges. Lipinets outworked Mikey, as you would guess, and his face was looking lumped up and bleeding at the end. The judges scored it for Mikey by the scores 116-111, 117-110 and 117-110. Boxing News 24 had Lipinets edging it.

“Terence Crawford, I haven’t heard a lot of news from him. We were just talking to Andre Ward on the way in for our first segment,” said Max Kellerman to ESPN. “I was talking to him about [Jose] Zepeda, and about [Jose] Pedraza. We were talking about guys that lost to Jose Ramirez at 140 pounds, and you have some thoughts about Terence Crawford related to 140 pounds?”

“They’re going to try and get him an opponent before the end of the year, so what else is new,” said Mark Kriegel to ESPN on Top Rank, looking for an opponent for Terence Crawford.

“They’re going to find a guy. Maybe the guy that they find will turn out to be better than expected like Egidijus Kavaliauskas was last time out.”

If Lipinets doesn’t get the fight against the 32-year-old Crawford, then Top Rank will need to make a decision. Vergil Ortiz, Jr., Shawn Porter, and Jaron Ennis have all called Crawford out, but he’s not said anything about wanting to fight them.

Ortiz, Porter, and Ennis are massive upgrades over Crawford’s last opponent Kavaliauskas, and he had all he could handle against that guy. Crawford has a high rating, but that’s based on wins over lesser guys than those three.

Ultimately, Top Rank will make the decision whether they want to throw Crawford in the deep end of the pool. Bob Arum has compared Crawford to Floyd Mayweather Jr and Sugar Ray Leonard with how he fights, but there’s a big difference in the opposition that he’s faced.

Leonard and Mayweather fought superb fighters during their careers. They didn’t wait until they were 33 to start facing top rung fighters finally. Crawford is lagging with his career, and it’s questionable whether he’ll ever face an elite opponent.

“I think the conversation on Crawford is missing the point,” said Kriegel. “Everyone keeps looking at the brand names at 147, which are mainly PBC. PBC earned that by signing those guys.

“But I think the fight out there that has the most impact on Crawford’s career, the great fighter who would prove him greater, is at 140 pounds. Suppose you have a unification between [Jose] Ramirez and Josh Taylor that would produce a four-belt, undefeated 140-pound champion.

“This would be a tested really excellent fighter just as Terence Crawford was a couple of years ago. He’d be facing a version of his former self. I think that would be an exciting fight,” Kriegel said about Terence.

Crawford facing the winner of the Ramirez vs. Taylor fight, still won’t be a colossal match-up. It doesn’t matter if Ramirez beats Taylor to unify the 140-lb division or vice versa.

Crawford fighting the winner of that match won’t be a huge fight. Taylor is from the UK, and he’s not well known in the U.S. Ramirez is from Southern California, but his fan base is regional rather than national. It would be a waste of time for Crawford to fight the winner of the Ramirez vs. Taylor fight if his objective is to have a big match-up.

Arum should keep his revenue streams moving in separate paths by having Taylor and Ramirez go after the IBF, WBA or WBC 147-pound titles, and leave WBO Crawford to continue to make defenses of his belt. It would be a good idea to one day match Taylor or Ramirez against Crawford, but that needs to happen after the fight marinates. If Arum is in too much of a rush to make those fights with Crawford, it won’t help him.

Right now, Crawford’s best opponent he’s faced was Yuriorkis Gamboa in 2014, and that was a guy that was fighting out of his natural weight class. 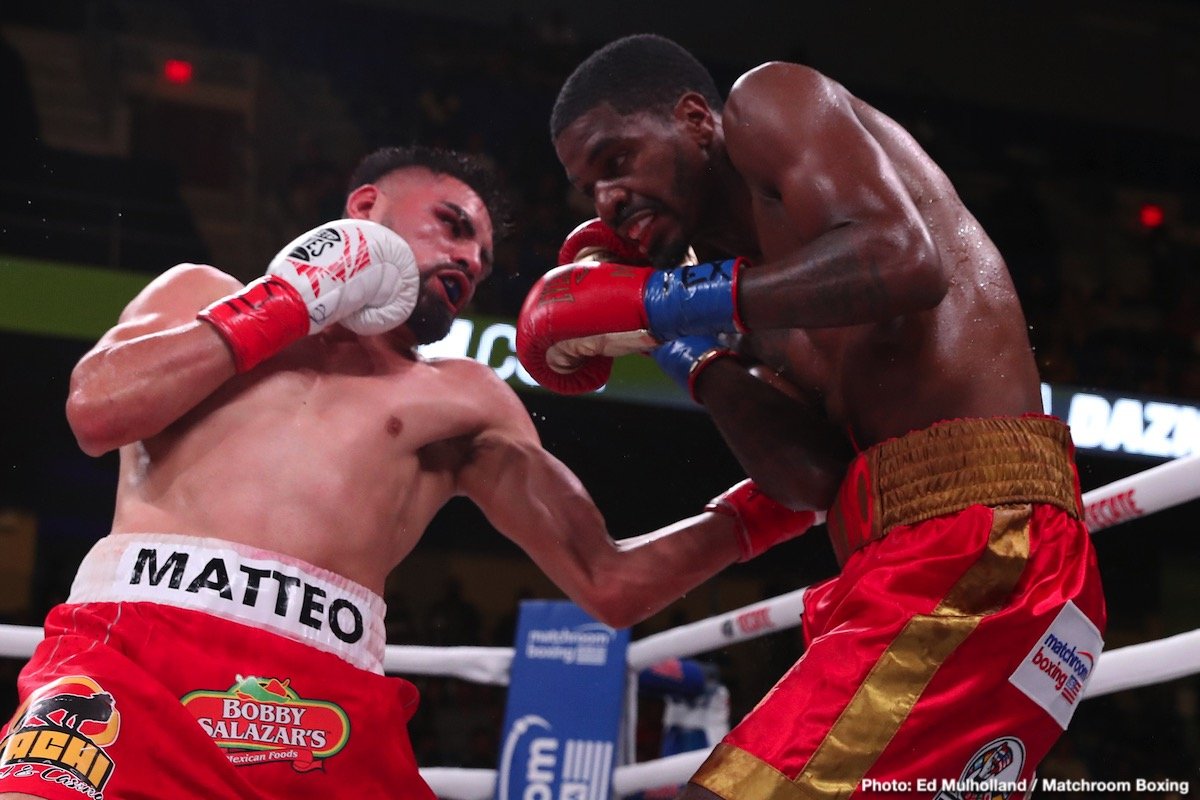 Crawford is running out of time

“Listen, by the time Danny Garcia and Errol Spence fight, he’ll be 33-years-old,” Kriegel continued about Crawford. “By the time Errol Spence is ready for him or not, who knows? But this is a fight that’s makeable and great enough for where Terence Crawford is in his career,” said Kriegel.

Crawford is going to have to sit and wait for a shot at Spence and Danny Garcia. Those fights might not happen until 2023 or 2024, given the situation with the pandemic. Crawford might be in his mid-30s by the time he gets a chance to fight Danny or Spence.

The question is, will Bud Crawford still be the same fighter his today by the time he faces those guys? If all Crawford cares about is money, then it won’t be a big deal if he loses to Spence and Garcia. He’ll at least get a big payday.