By Dan Ambrose: Oscar De La Hoya isn’t ruling out a fight between him and Canelo Alvarez taking place in early 2021. Smiling like the Cheshire cat, De La Hoya said, “You have to wait and see” to DAZN when asked if he’ll be fighting Canelo (53-1-2, 36 KOs) when he comes out of his 12-year retirement.

De La Hoya (39-6, 30 KOs) would get a considerable amount of money fighting Alvarez, 30, and he could use that revenue to help his company Golden Boy Promotions ride through this rough storm caused by the pandemic.

Oscar shouldn’t have any problems putting together a fight against Canelo, as long as the two are on good terms. There’s been a lot of talk in the media about how Canelo and De La Hoya don’t get on well. If that’s the situation, Alvarez might not want to face Oscar.

Canelo would be undermining himself by turning down a massive fight against De La Hoya, so he should, in theory, want to face him.

Things are still undecided yet with De La Hoya’s comeback, as he still hasn’t made up his mind. Right now, Oscar is sparring six rounds, and by September, he plans on increasing that to 12 rounds.

At that point, De La Hoya will begin fighting elite-level fighters during his sparring, and he says he’ll decide to come back or not.

“I’ve actually been training now for a couple of months, and I’m up t six rounds of heavy sparring,” said De La Hoya to DAZN on getting ready for his comeback. “I want to get up to 12 rounds.

“It depends on how I feel,” De La Hoya states. “Obviously, you know, my body can change from one night to another. I can get an injury; I can tear a muscle, I can, you never know. But right now, at this point, I’ve been running six miles every day.

“I feel good. It obviously has to do with the vitamins that I’m taking, the doctors I have, doing everything correctly, meaning resting, getting up early, and eating the right foods,” Golden Boy boss De La Hoya said.

“You take a look at Mike Tyson, the way his body looks, and how he feels. We’re living in different times now, and I feel great, I feel wonderful. Until I get to those 12 rounds of sparring, I can give you a definitive answer to how I’m going to feel and if I come back.

“Now, I have this motivation to just do it for myself and to prove to myself that I can do it. So we’ll see what happens,” said De La Hoya on his training for a comeback.

“I would come back in a real fight,” said Oscar. “Everybody that knows me knows that I go for the best right from the top. I remember taking three years when I fought [Ricardo] Mayorga in a comeback fight.

“So there’s no tune-up fights for me, no feeling out process. I want to go straight to whoever is the best out there. There’s a lot of variables that come into play. Suppose you look at the Pacquiao fight. That wasn’t me; I have to admit. Coming down from 160 to 147, and losing the muscle and. Obviously, no excuses. 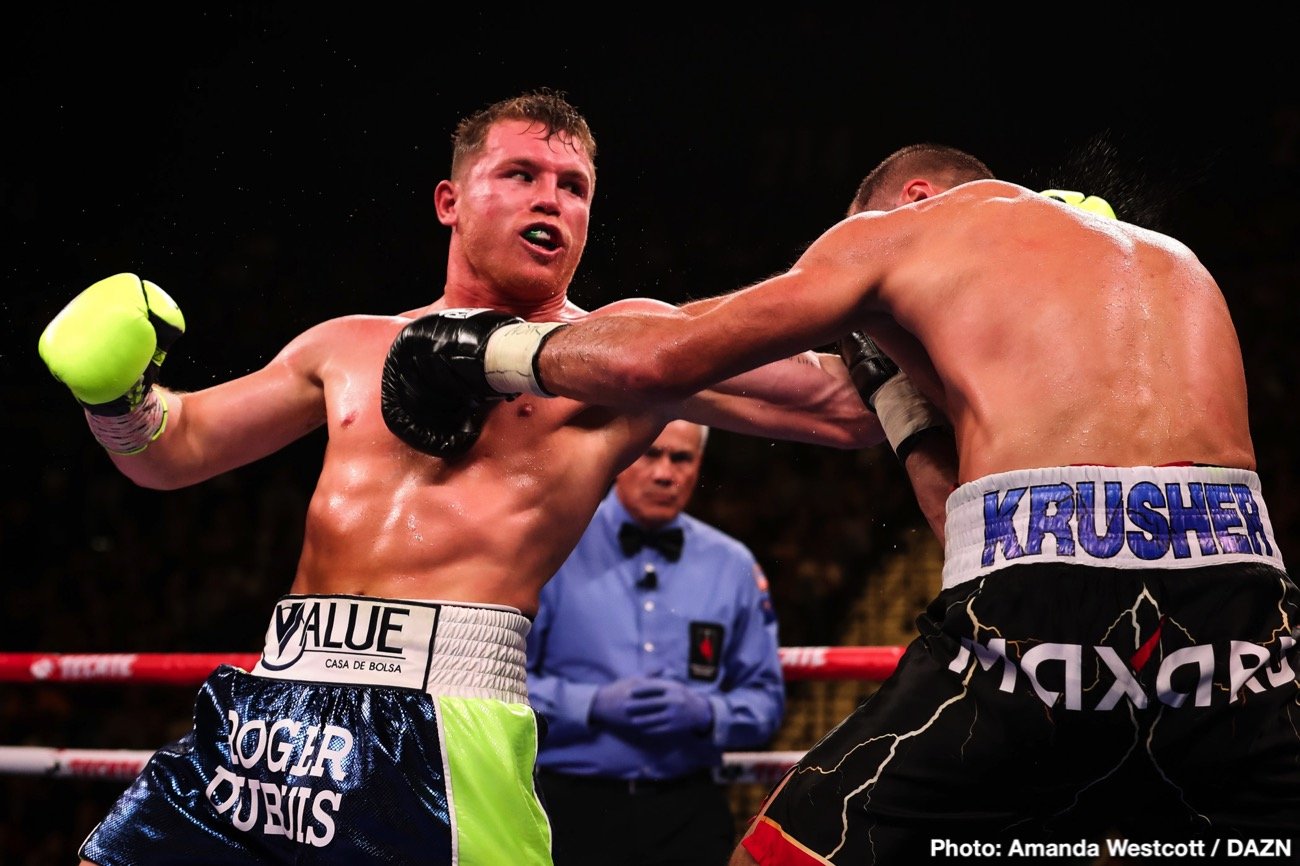 “Pacquiao is an amazing fighter, an amazing friend. He did a number on me, but it wasn’t me at 147. I was actually weighing 144, which I was a walking zombie. And I strongly feel that if I come down to 154, which I can, and I know I can.

“I can do something. I can do some damage to a few fighters out there. Skill is involved, and my power, you never lose power. Maybe my timing might be off a little, but that’s something I’m going to have to figure out when you’re up there.

“There’s a lot that’s going to come into play, and I strongly feel I can do it. I’m working with a small team in Pasadena. Nobody that the people would know out there that has a name, but they’re helping me out to make sure I get in shape, and I don’t get injured,” Oscar De La Hoya added on his comeback.

Oscar still looks in as bad a shape as he was a month ago when he first revealed the news of his comeback plans to Ring TV. As far as I can tell, De La Hoya hasn’t lost any weight.

“To make sure all those fibers, tendons, and muscles stay strong in order to take it up to the next level. That next level is starting my boxing camp and a serious boxing camp.

“Then we’ll take it from there. So it’s several levels I need to get by, and then step it up a notch. That notch is to spar with big-time fighters, fighters that have the experience, fighters who are championship caliber.

“The only person that comes to mind, and the only person I would ask if Floyd Mayweather Sr,” said De La Hoya on how he would train with.

“Floyd Mayweather Sr is the only trainer who could tell me to wake up at 5:00 in the morning, and he’s the only trainer that can push my buttons to make me work hard and smart. So I would go to him and humbly ask him to do this favor for me.

“By September, I’m hoping to spar 12 rounds on a regular basis, and by that time, I do want to make the decision on fighting in the first quarter of next year,” Oscar De La Hoya said.

“I don’t know,” said De La Hoya when asked if he would be interested in fighting Canelo Alvarez. “I’m crazy but not that crazy. Canelo is an amazing fighter, he’s the best, he’s a pound-for-pound champ, and he hits like a mule.

“You’re throwing me in the fire here. That’s a challenge. I never back down from anybody, but we’ll have to wait and see,” said De La Hoya.

September isn’t long from now, and De La Hoya still looks puffy around his jaws. This writer can’t imagine Oscar being in good enough shape to spar elite-level fighters at a high level by September.