Gamboa needs a top 15 ranking with WBC to challenge Haney 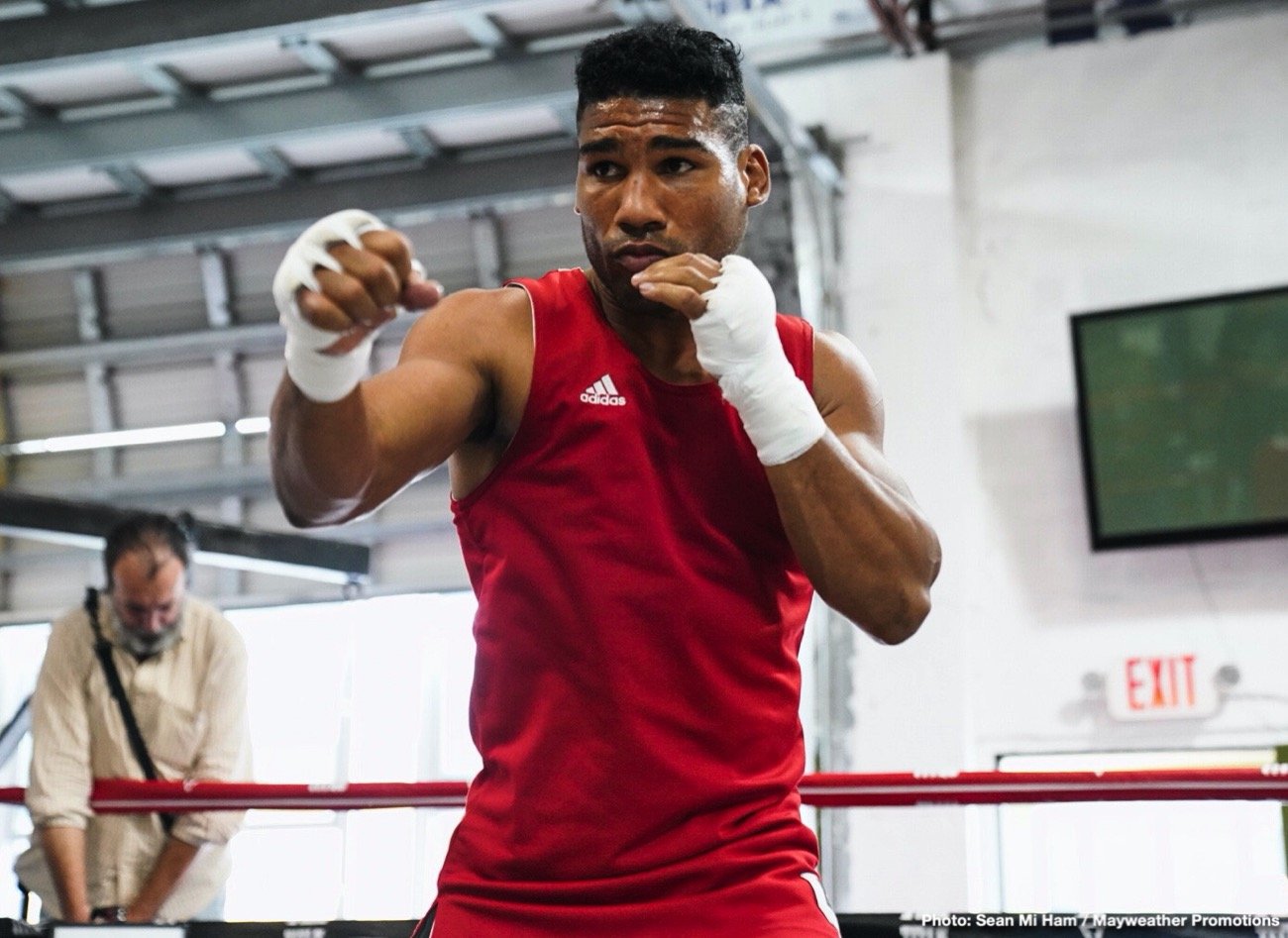 By Allan Fox: Devin Haney will need the WBC to step in and give Yuriorkis Gamboa a top 15 ranking for him to defend against the former IBF/WBA featherweight champion next. Promoter Eddie Hearn said they’ll ask the World Boxing Council to give Gamboa a top 15 ranking so that Haney can defend his WBC lightweight title against him.

Hearn seems very confident that the WBC will grant his wish, and we’ll soon see Gamboa ranked somewhere in the top 15.

Haney (24-0 15 KOs) is hoping to face the 2004 Olympic gold medalist Gamboa so that he try and beat him better than Gervonta ‘Tank’ Davis and Terence Crawford both did.

The 38-year-old Gamboa (30-3, 18 KOs) would be utilized by Haney as a measuring stick for boxing fans to compare him to Davis and Crawford.

Even so, it won’t prove as much as he believes it will, considering that Gamboa is coming off of a torn Achilles tendon in his 12th round knockout loss to Gervonta last December in Atlanta. That’s a bad injury that can take many months to come back from.

Devin’s dad, Billy Haney, is predicting that Gamboa will end up being his toughest opponent to date, and he’s hoping it’ll help him improve. This still a dangerous fight for Haney.

The Gamboa that we saw against Tank Davis had better punching power and hand speed than Haney, and he’s 38-years-old. For Gamboa to still have superior speed and power to Haney at his age, that’s impressive.

Hearn to ask WBC to give Gamboa a top 15 ranking

“He’s in the mix. I think he’s a good name,” said Hearn on Devin Haney, possibly facing Yuriorkis Gamboa next. “He’s a decent fighter up at lightweight. He’ll want the winner of Campbell vs. [Ryan] Garcia if it happens. 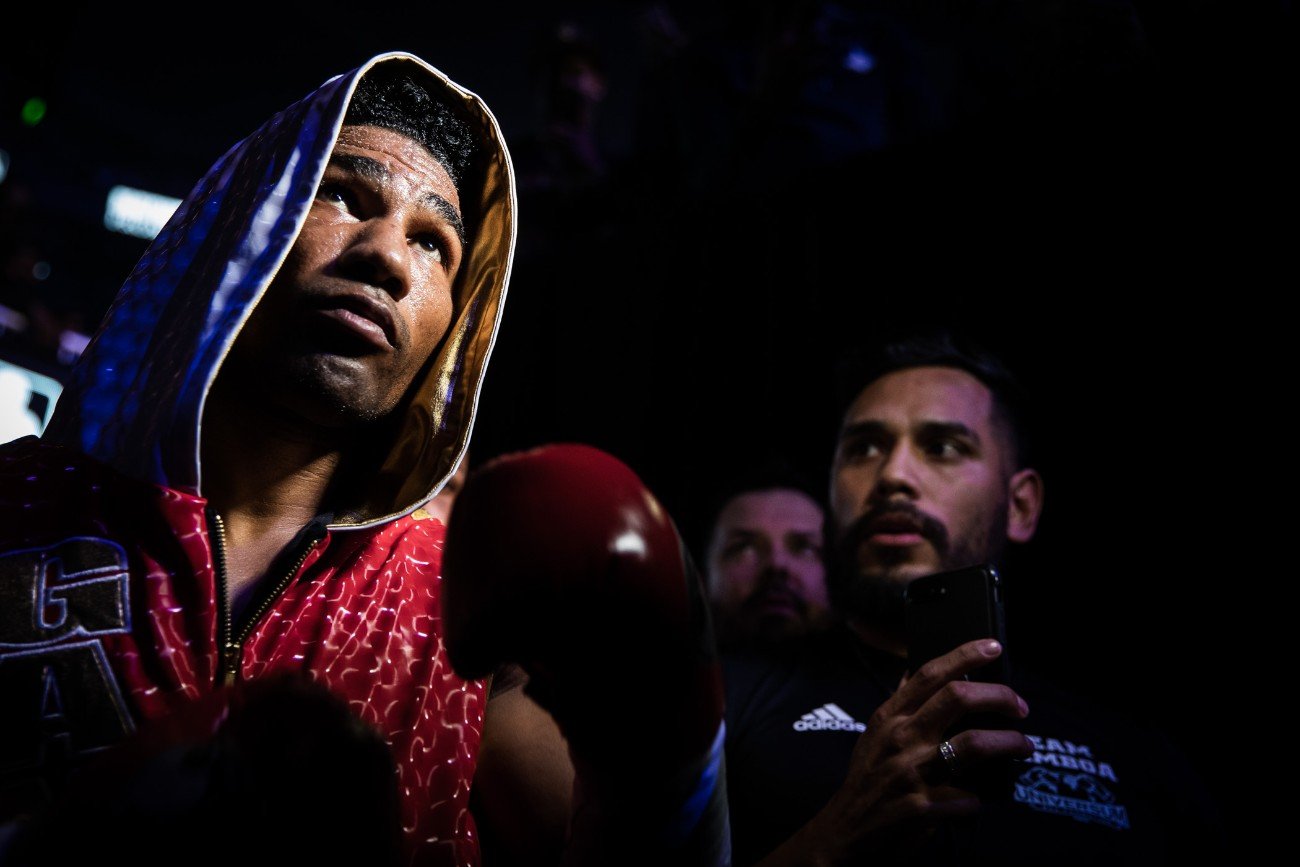 “We request that he go into the top 15, and the WBC would have to review that,” said Hearn when asked how Haney can defend his WBC 135-lb title against 38-year-old Gamboa if he’s not ranked in the top 15 with the World Boxing Council.

“I think his last performance against Gervonta Davis was decent enough to say he’s a world-class fighter. Obviously, he took him deep in that fight. I think he’s a good name and a decent test for Devin,” said Hearn.

If the WBC denies Hearn’s request, then Haney and his management will need to look in another direction. It’s hard to predict what the WBC will do, but Haney seems to get along well with Mauricio Sulaiman, the president of the WBC. He might go ahead and give Gamboa the top 15 rankings that he needs to challenge Haney.

For Gamboa, he’s getting consecutive title shots at 135, which is good for him. You don’t get too many 38-year-old fighters getting these type of opportunities unless they’re special. Gamboa was viewed as the Mike Tyson of the featherweight division when he first started out in 2007.

With Gamboa’s combination of speed and power, boxing fans saw similarities with him and Mike Tyson. Gamboa was on another level from his opposition at 126. If he’d stayed in that weight all these years, he would have had a better career. He might not have made more money, but he’d have won a lot of world titles.

“There have been talks about Gamboa, but we haven’t signed any contracts yet to fight Gamboa,” said Bill Haney to Fighthype on Haney’s next fight.

“There have been talks about it being Gamboa, but I don’t know how close they are to closing it. Of course, that involves attorneys and Tom Brown and those parties over there. As I said, I don’t see a lot of people raising their hands to stand up [to want to fight Devin].

“That would be Devin’s toughest fight, and that’s already been Crawford’s toughest fight,” said Haney about Gamboa. “That’s definitely Tank’s toughest opponent to date. Seven months ago, Gamboa fought with Tank. So it’s not that long ago,” Haney continued.

Bill Haney is right about Gamboa likely to be the toughest test of Devin’s career, but the young 21-year-old hasn’t fought anyone yet. Haney’s most stringent tests have come against Alfredo Santiago and Zaur Abdullaev. Those are not significant talents at 135.

As long as Gamboa’s Achilles has healed and been properly rehabbed, he should be a hard test for Haney. But right now, Bill and Hearn shouldn’t get too ahead of themselves. They need to make sure that Gamboa can pass a physical to confirm that his Achilles 100 percent before making the fight with Haney.

“So what they say is Haney hasn’t fought anybody to want to fight anybody,” said Haney. “They say, ‘what about this person?’ ‘That person isn’t good enough.’ Gamboa was good enough for Tank, and they sold out Atlanta.

“All the people that are talking, they want to see what Devin will do to the same person that you guys went out and watched the fight. Let’s see. With Tank, he knocks out most of his guys quickly.

“We need a measuring stick [to compare Haney with Tank], especially if the timing isn’t right on the fight. Devin has the world title. If you see someone complaining to the WBC that he [Gamboa] can’t fight him, then give me a call,” said Bill.

Gamboa fought a lot better against Tank than Jose Pedraza did, even after he injured his Achilles. Pedraza was completely overmatched against Tank and was getting batted around the ring the entire fight. Gamboa had his moments in every round and was landing a lot of hard shots on Tank.

Gamboa will come to fight

“Bring on Gamboa, who was just in Atlanta, did some amazing things in selling the place out,” Bill Haney said. “He did a wonderful job in Atlas in going down and doing that,” said Haney. “I said, let’s bring Gamboa back, a decorated amateur, a gold medalist and a world champion to boot along with being attached to the biggest names in boxing right now.

“So why not we bring him back, you know? He fought with an Achilles [injury against Tank Davis], so he’s not any laydown kind of dude. He’s coming to fight. Each and every time,” said Haney when told that Gamboa will go out on his shield. 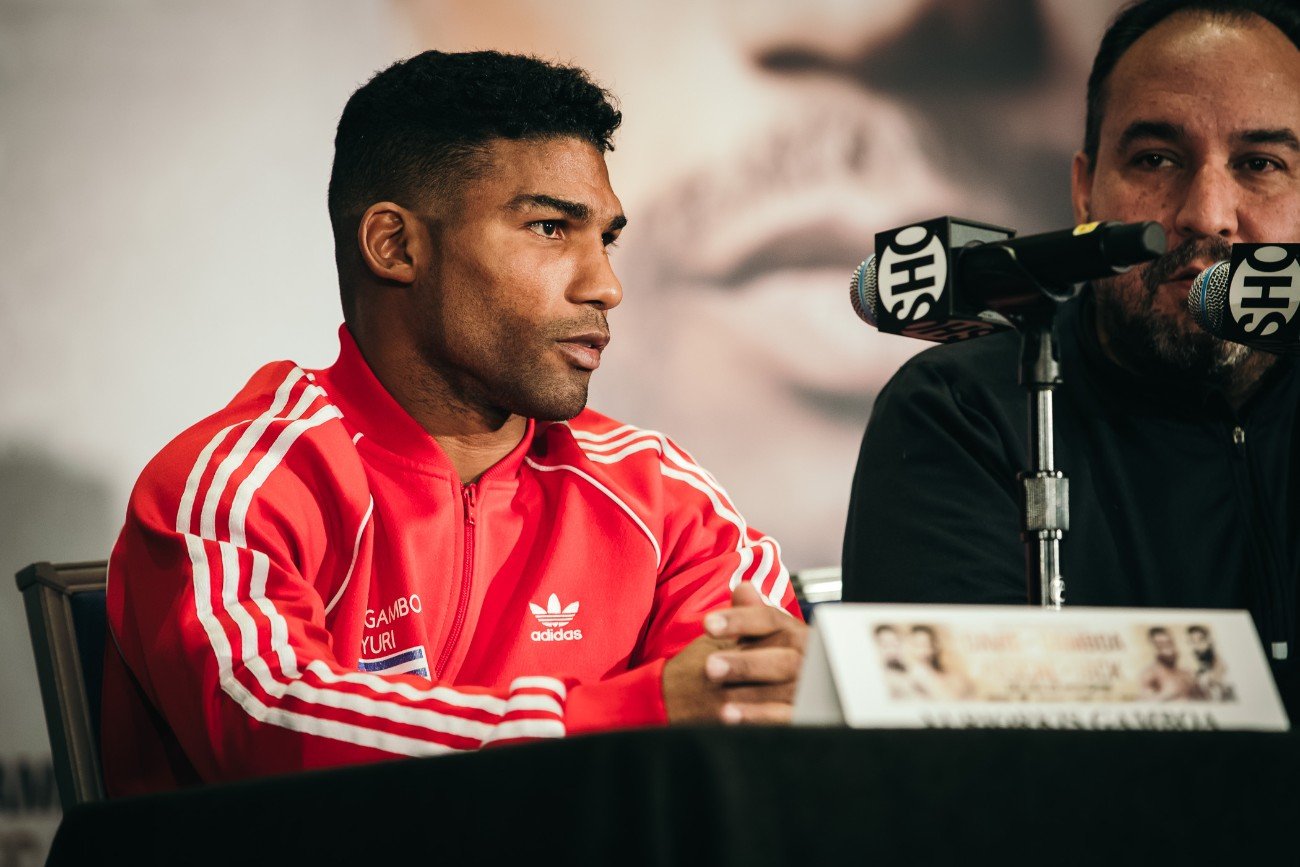 “It’s a great opportunity for Devin to develop more with that kind of fighter and that kind of fight. So the people can get into it and come out and watch. If that opponent happens, I don’t think we’ll have fans.

“So I would encourage people to watch and get a chance to see Devin Haney’s growth and see what a world-class athlete Gamboa is because that’s all he’s ever showed. He’s been a class act when he’s in the ring,” said Haney.

Gamboa will make it a fight against Haney, and he’s not going to just sit on the outside and let him pick him off with potshots. Haney likes to throw a lot of single shots in the Mayweather style.

That’s not going to work for him against Gamboa. He’ll need to throw combinations and expect to get hit back a lot. If Haney is hiding glass in his chin, Gamboa will expose that.