By Dan Ambrose: Oscar De La Hoya said earlier on Thursday that the lightweight fight between Ryan Garcia and Luke Campbell still isn’t done. There’s no word on why the negotiations have been dragging out.

A lot of boxing fans are already speculating that ‘King’ Ryan (20-0, 17 KOs), who some of them feel is ‘Diva,’ is asking for too much money. Ryan was supposed to headline earlier this month for Golden Boy’s card on July 4th, but he turned down the offer.

If Ryan prices himself out for the Campbell fight, it’s going to look bad. If Golden Boy is only able to negotiate matches for Ryan against low-level guys, then what kind of career is he going to have?

The two-time lightweight world title challenger Campbell (20-3, 16 KOs) is a tough opponent, and you can see why the 21-year-old Garcia would want to be paid well for this fight. There’s a lot of interest from boxing fans worldwide in the Garcia vs. Campbell fight, as the winner will be next in line to challenge WBC 135-lb champion, Devin Haney.

If Garcia loses to Campbell, it’s going to be a severe loss for him to digest, seeing that he’s been bragging about his talent on social media since he turned pro. Campbell is Ryan’s first real test of his career. Golden Boy should have put Ryan in with an opponent close to the same level that Campbell is at before making this fight.

Up until now, Golden Boy Promotions has been careful with the young Garcia, as they should be, putting him in with beatable opposition that he’s mowed down.

We’ll see what happens with Ryan Garcia when or if he faces Campbell, but Golden Boy will need to think about what to do with him if he prices himself out again.

“Certainly no deal is done,” said Matchroom Boxing promoter Eddie Hearn to Boxing Social on the Ryan Garcia vs. Luke Campbell negotiations. “I saw that from the WBC. This is the problem. Shane [McGuigan] calls me and goes, ‘What’s this?’ I go, ‘There’s nothing. We made an offer to Golden Boy, and they’ve asked for more money.

“We’re thinking about it, working it out. I believe that fight will happen. It’s a wonderful fight. So we’re in negotiations, and I think we’ll see that very soon,” said Hearn.

Eddie promotes the 32-year-old Campbell, and he wants him to so that he can challenge WBC 135-pound champion Haney. He’s another fighter that Hearn promotes. If Campbell beats Ryan, it would like Christmas coming early for Hearn this year.

It would be a huge plus for him, given that Campbell hasn’t been able to win when facing the tougher opposition. Ryan isn’t in the same league as the guys that Campbell has lost to in the past in Vasily Lomachenko and Jorge Linares. So even if Campbell beats Ryan, it doesn’t mean that he’ll defeat Haney.

Is Ryan Garcia the next Jeff ‘Left Hook’ Lacy?

Additionally, they’ll have a lot of thinking to do if Ryan takes the fight and loses badly to Campbell, as many boxing fans are already predicting will happen. Should Golden Boy hold onto Ryan, hoping that they can polish him and turn him into a serviceable fighter, or do they release him as a lost cause?

Ryan could turn into another Jeff ‘Left Hook’ Lacy and go nowhere with his career. For the fans that remember Lacy, he was a fighter similar to Ryan Garcia, who had just one punch in his arsenal, his left hook.

Lacy did well against lower-tier opposition, and he looked like the real thing. But when his management put Lacy in with Joe Calzaghe, he suffered an embarrassing 12 round decision. From that point on, Lacy’s career was never the same.

Lacy looked more talented than Ryan does now, so it’s an unfair comparison. Lacy had some pop in his right hand and good boxing skills. 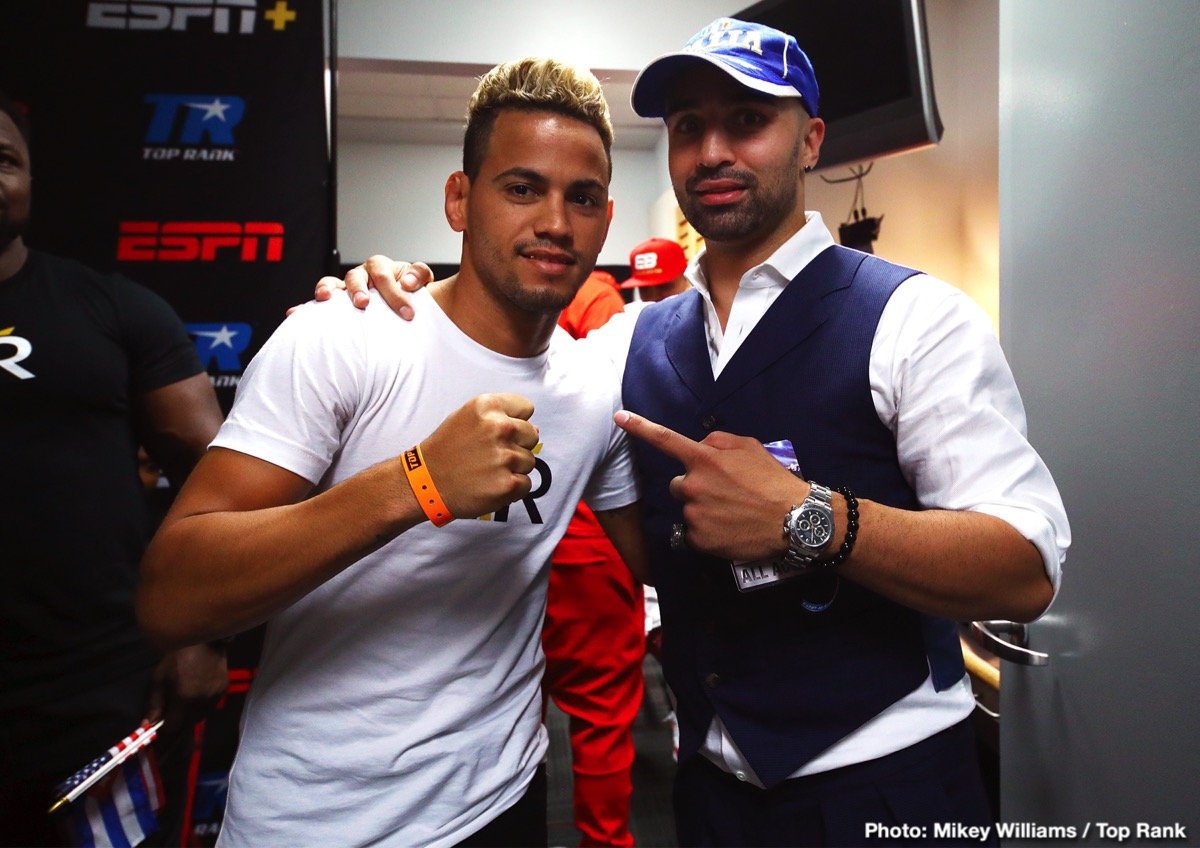 In other news, Paulie Malignaggi has been removed as the expert analyst for Showtime, according to Mike Coppinger. He’s been replaced by Abner Mares. He’ll be working Showtime’s Angelo Leo vs. Tramaine Williams fight this Saturday as their expert analyst.

As for why Malignaggi has been replaced, it was due to a “string of controversial comments,” said Coppinger.

It’s unclear what the former two-division world champion Malignaggi said that led to him being removed, but he’s not been shy about giving him views about fighters that he suspects are using PEDs in the past. It could be anything.

Malignaggi stood out among the Showtime broadcasters, as he came across as the most knowledgeable, entertaining, and unpredictable. He talks fast, and he helped make the broadcasts fun.

It’s more than a little surprising that Showtime would remove Malignaggi. The broadcasts won’t be the same without Malignaggi. Mares did a fair job working the PBC on Fox shows with Shawn Porter, but he didn’t stand out on the show.

Gamboa needs a top 15 ranking with WBC to challenge Haney »