By Sean Jones: Canelo Alvarez and his promoters at Golden Boy Promotions are in a tough position for his next fight on September 12 on DAZN. Canelo (53-1-2, 36 K.O.s) needs a good enough opponent to please the broadcasters at DAZN, but there’s not much money to lure a good fighter.

The gate money won’t be there for Canelo’s fight on September 12 because it’s going to take place without a crowd.

That’s a loss of $8-10 million, which would have helped pay for a suitable opponent along with the undercard. Canelo can’t count on that money, and that’s going to leave very little green leftover after the Mexican star gets his $33 million purse.

Eddie Hearn of Matchroom Boxing says Canelo is simply going to have to find a less-expensive opponent that they can afford. Who can Golden Boy get that won’t be rejected by DAZN?

These are the fighters that will attract an audience for Canelo’s next fight:

Those are fighters that will want to be paid well as the opponent for Canelo, and they’re not going to be signed on the cheap. 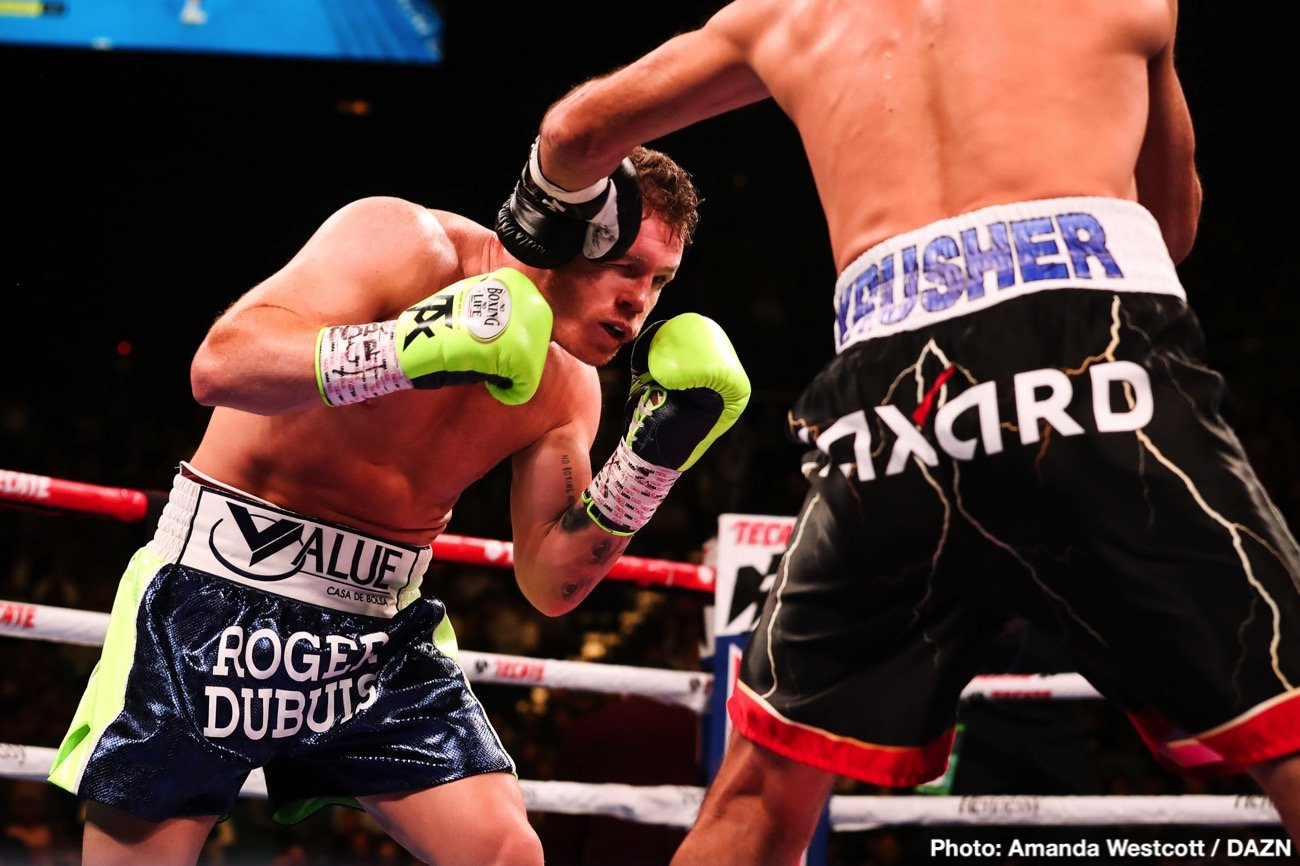 “Probably not because they’ll be too expensive,” said Eddie Hearn to Sky Sports Boxing when asked if Canelo will pick a British fighter for his next fight in September.

Golden Boy has had no luck with getting British fighter Callum Smith to agree to an offer earlier, and he wouldn’t be a good match-up size-wise for Alvarez. Callum is too big. Billy Joe Saunders, the originally agreed upon opponent for earlier this year, probably won’t accept a revised offer that is lower.

Hearn promotes Saunders and Callum, and he would know more than anyone that they’re out of Canelo’s price range now.

Hearn didn’t mention super middleweight John Ryder, who gave Callum all he could handle in their fight last November. Ryder is from the U.K., and he’s not exactly in the position to ask for a lot of money for a match against Canelo.

With Ryder coming off of a loss to Callum, he can’t demand a lot of money to fight Canelo without being laughed out of the negotiating room. What would keep Ryder from getting the fight with Canelo is DAZN.

They’ve got to know that the U.S. boxing fans would have no interest in seeing Ryder as Canelo’s opponent on September 12. Yeah, the hardcore boxing fans in the U.S. know who Ryder is, but not the millions of casuals.

In other words, there won’t be enough interest from fans in the States to see Canelo defending against a fighter coming off of a loss.

DAZN will want Alvarez to face a real opponent

“When you’re losing eight or ten million on the gate not being there, you’ve got to fight a way to save that money,” Hearn said about Canelo and Golden Boy Promotions.

“Canelo might take a little bit less, but they’re going to need a cheaper opponent. But at the same time, the broadcasters are going to want to make sure that it’s a real fight. It’s very difficult to keep everybody happy,” said Hearn. 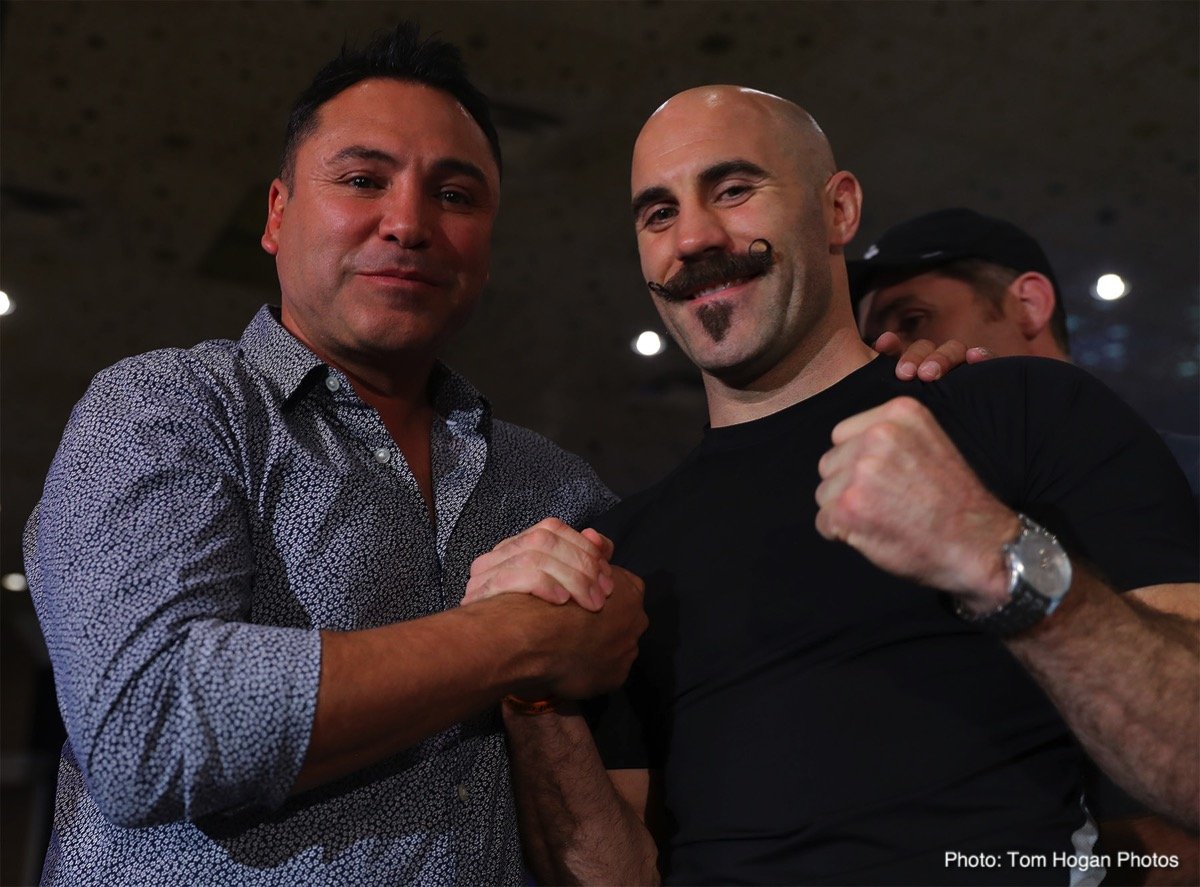 If DAZN is strict about who Canelo fights, as well they should be, then he won’t be able to battle a run of the mill contender. That means you can forget about David Lemieux, Anthony Dirrell, Willie Monroe Jr, or Gary ‘Spike’ O’Sullivan. Believe it or not, those are probably the guys Golden Boy is looking at for their pool of potential opponents for Canelo.

A perfect option for Canelo to fight would be Sergiy Derevyanchenko, who is coming off of a controversial 12 round decision loss to Gennadiy Golovkin last October. Derevyanchenko is deserving of a fight against Canelo or any of the champions. He’s well-liked by fans.