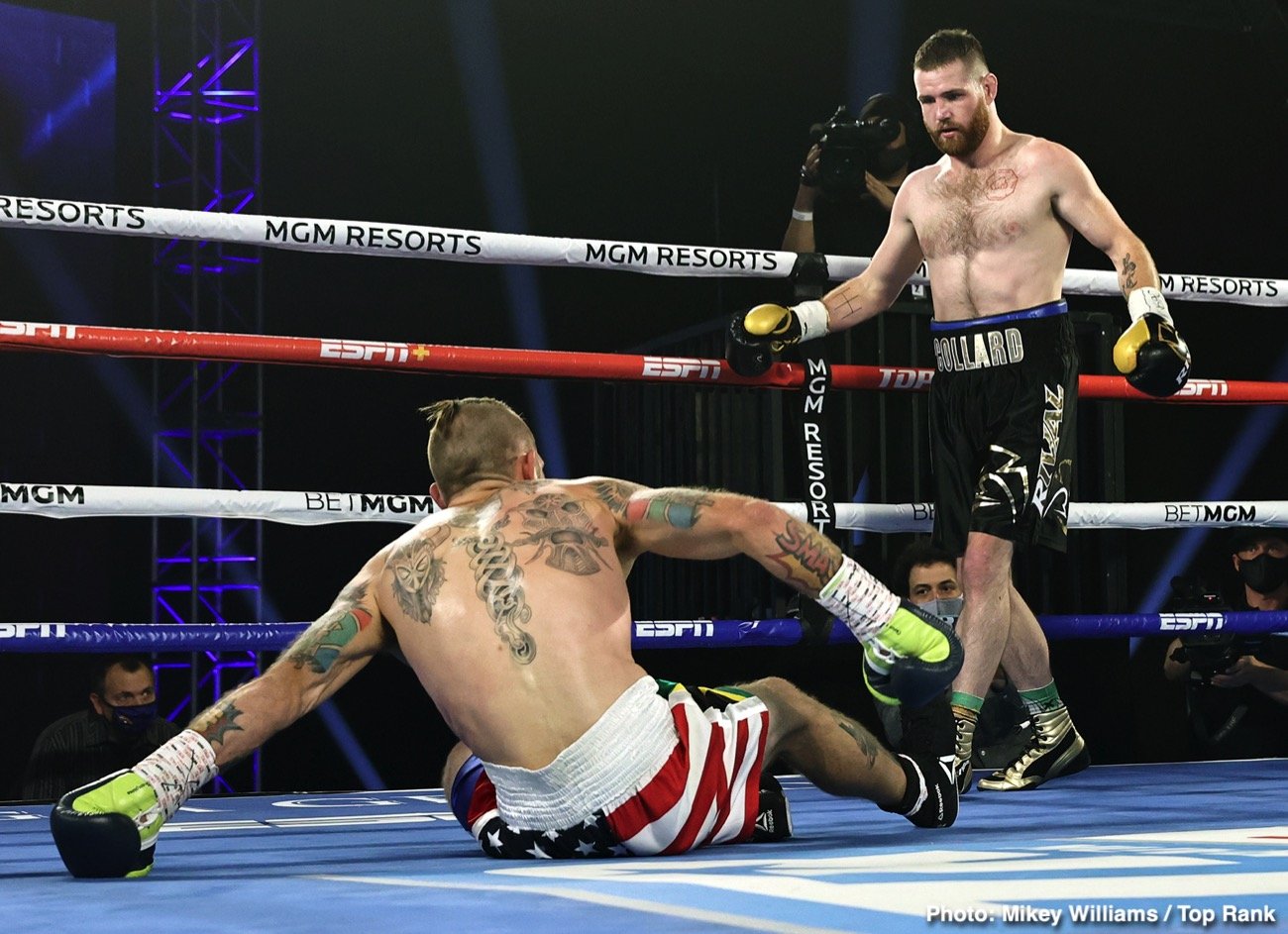 By George Goddiess: Clay Collard is the feel-good story of boxing amid all the bad news that has overwhelmed us this year. He has won seven of his last eight bouts in the boxing ring, including four victories to start this year.

He went viral with his win over Raymond Guajardo back in February. Both fighters went down in the opening round, and Collard surged to stop him in the second round. After taking out the undefeated Guajardo, he defeated 6-0, David Kaminsky, less than a month ago on ESPN.

Since then, he has garnered the attention of boxing insiders and fans alike. This week leading up to the fight, he was featured in Sports Illustrated by Chris Mannix and on ESPN.com in an article from Steve Kim.

Collard at 27 has come up the hard way as he made his debut in mixed martial arts before he graduated high school. He made it to the UFC in 2014 and debuted against future world champion Max Holloway.

After several defeats, he was dropped by the promotion and continued to fight in the cage. He boxed in his younger years and got back into it by debuting in 2017 but had a rocky start with a 4-2-3 record but his persistence and activity has paid off. Despite having technical flaws and a very aggressive style, he is a fighter at heart.

Tonight, Collard 8-2-3 (3) ran through South African Born Lorawnt Nelson 5-4 (4) with a second-round technical knockout. Tonight was a softer touch for Collard whose previous opponents were all either undefeated or carrying only one loss entering the ring.

Collard came out very aggressively after establishing a clear hand speed advantage early in the fight. Nelson tried to arm out slow, overhand rights to begin the bout but was beaten to the punch several times.

Nelson kept his head on the center line and made himself a very easy target for the streaking Collard. Collard displayed more discipline tonight defensively as he did not fall in as much and used some nice defensive head movement.

A right hand down the middle dropped Nelson down to a knee, and he popped up quickly. Collard hit him again with another right hand as referee Celestino Ruiz was slow to intervene, prompting a warning, but Nelson did not appear to recover.

Nelson fell after a nice left hook from Collard, but it was ruled a slip from a shove. Collard put together combinations to end the round, and it did not look like Nelson was going to survive.

In round two, Collard finished what he started by scoring a technical knockout at a minute and fifty-seven seconds with a helpless Nelson on his feet. Collard wasted no time in the second round as he came out looking for the stoppage and showed off a very impressive left hook.

He swept it around the right glove and was corralling Nelson to his right cross. He dropped Nelson a second time, and like the first round, he popped back up right away to try and show he was not hurt.

Collard was back on the attack and landing his left hook and straight right hand with ease. Nelson hit the canvas again and was cut near both eyes. Ruiz let the bout continue but jumped in moments later to save Nelson from further punishment.

The Utah native Collard has competed as low as welterweight and as high as light heavyweight. Middleweight looks like a good fit for him, and I believe he should try and stay at the weight.

According to the Steve Kim article on ESPN, Collard has a one million dollar payday waiting for him when MMA promotion Professional Fighters League resumes. Collard appears to be happy with the accolades in boxing, but you have to wonder how long term he is going to ride this out if he is getting those types of paydays in the cage.

Whatever the future may hold, I am excited to see how far this train can go.
For more takes and opinion based boxing writing, please visit


« Thurman to Pacquiao: Come see me!