By Jeff Aronow: Billy Joe Saunders ripped Chris Eubank Jr today in saying that he’s never going to be a world champion, and he’s just looking for a payday against Canelo Alvarez for September 12.

WBO 168-pound champion Saunders expects Canelo (53-1-2, 36 KOs) to dismiss him entirely because he’s not worth fighting. Saunders adds that NONE of the champions at super middleweight want any part of the 31-year-old Eubank Jr (29-2, 22 KOs).

Eubank Jr recently trashed Saunders this week, saying that the reason he chose not to fight Canelo on ten week’s notice is that he needed more time for the drugs to leave his body. Chris Jr added that Billy Joe needs drugs to get in shape for his fights.

Eubank Jr is one of the options for Canelo’s next fight, and he may get the match. While it might not be the big payday that Daniel Jacobs got fighting Canelo, it’ll still be good money.

If Eubank Jr beats Canelo, his career will take off. He’ll get a rematch, which will pay more against Canelo, and then from there, the sky is the limit if beats the Mexican star twice. 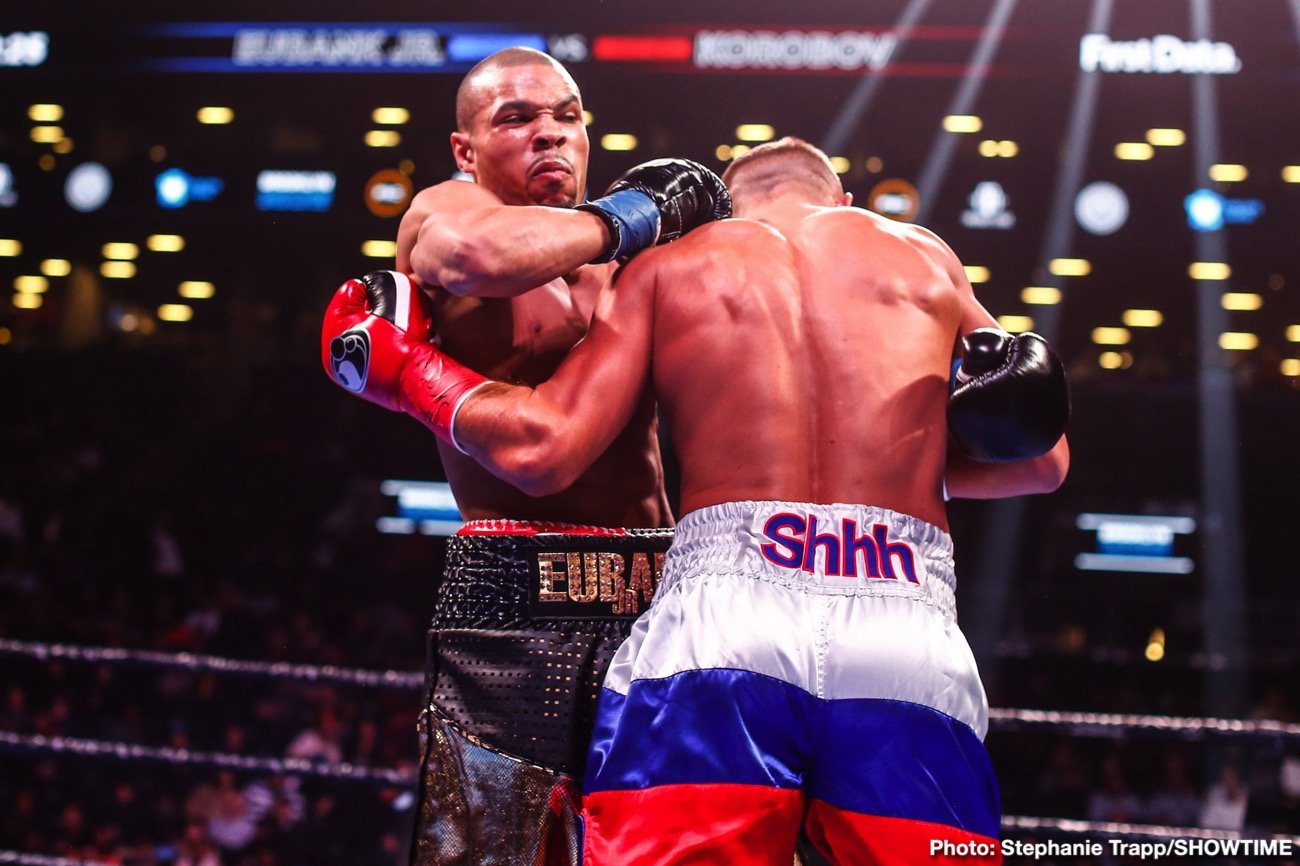 “You can’t entertain someone like him,” said Saunders to IFL TV about Eubank Jr. “He’s never going to be world champ. I’ve said this many moons ago. He’s not good enough to be a world champion.

“He wants a payday. He’s lucky that he’s got a dad like he is. He can keep him on a scale to get him a few quid for a fight, but he’s not going to be a world champion.

“I’m sure he’s just chucking his name in to get in the mix with Canelo to stay relevant, which is he’s not relevant to any of us because he hasn’t got no title. He hasn’t anything worthy of us taking from him.

“The only thing he’s got worthy is his name, and I already took that. So until he’s got something worthy of me taking,” said Saunders.

Eubank Jr already considers himself a former world champion from the IBO 168-pound title that he briefly held in 2017. The IBO belt is a belt that Gennadiy Golovkin once held. Saunders doesn’t count that strap among the elite titles, but some boxing fans believe it’s a legitimate title worthy of respect.

“Again, people say, ‘It’s a good money fight,’ but he’s got to prove himself,” said Saunders on fighting Eubank Jr.  “Matt Korobov was beating him before the ‘injury,’ but I wouldn’t be surprised if Matt Korobov put money on himself and pulled himself out. Do you know what I mean? That wouldn’t surprise me.

“He and Eubank were probably doing a bit of business like that. But he’s not relevant to none of us, and I don’t think the likes of Callum Smith would be interested in someone like that. None of the world champions are interested in him [Eubank Jr]. We’re just dismissing him,” said Saunders.

Korobov suffered a left shoulder injury in the second round of his fight with Eubank Jr last December in Brooklyn, New York. The damage was bad enough for Korobov to be pulled out of the battle.

The medical exams on Korobov’s injured shoulder likely corroborated his story of him being injured. 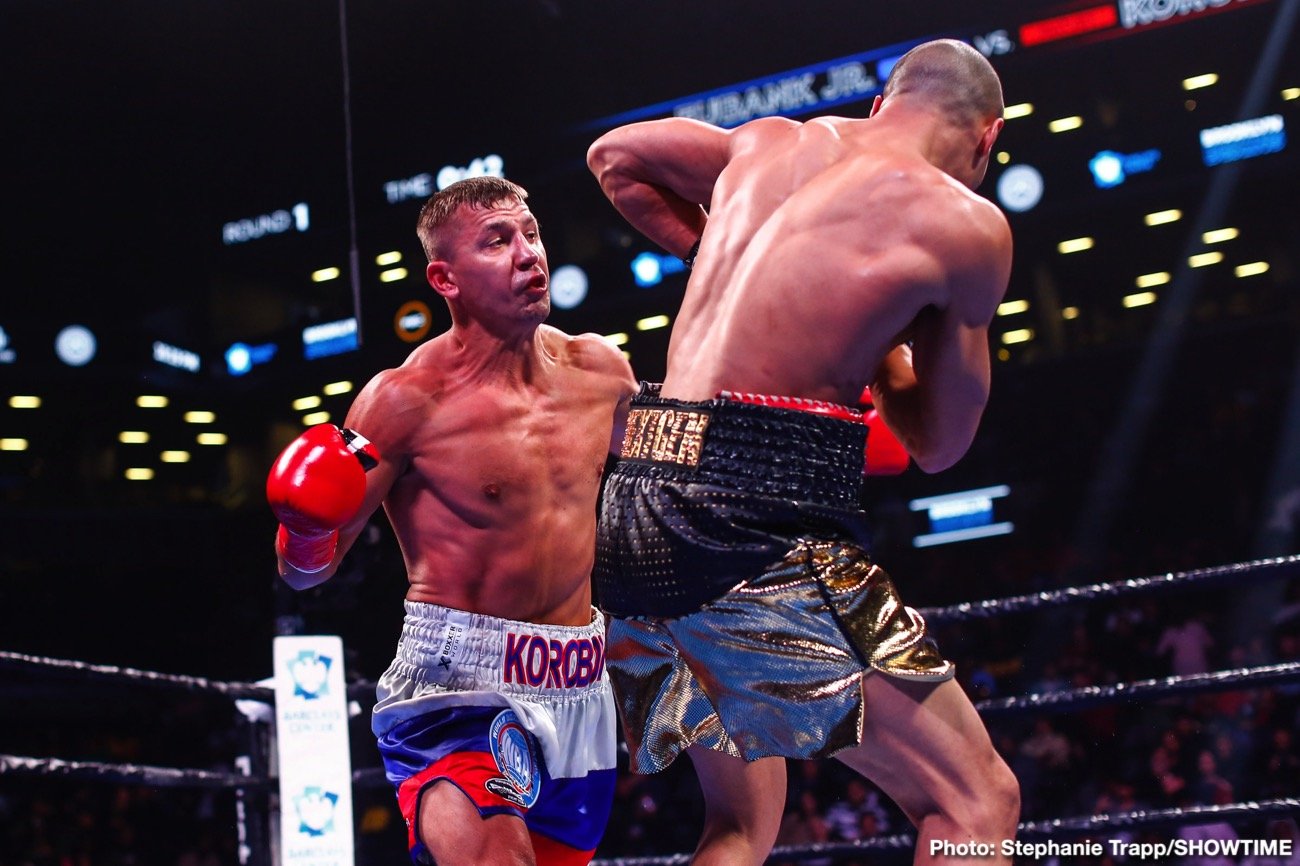 “The reason being he’s going to do that is because it’s the money he’s looking at,” said Saunders on Eubank Jr volunteering to be Canelo’s opponent on September 12. “He knows he’s not going to win.

“The same way that he knew he wasn’t going to beat George Groves or me, but it’s the money. So if money entices him to jump in the ring, I’m sure he would love to do it because he did stay in shape, he is fit, so I’m sure that Canelo would completely dismiss him anyway,” said Saunders.

It’s not just the payday that Eubank Jr wants against Canelo. He wants to beat him and show the world that he’s a better fighter than him. If Eubank Jr does that, big money will follow in a rematch with Canelo and possibly even a third fight.

Eubank Jr also wants to fight 38-year-old Gennadiy Golovkin before he retires. The best chance Eubank Jr has of getting GGG to face him is by beating Canelo. Beating Canelo and Golovkin would give a tremendous boost to Eubank’s career.


« John Ryder hoping to get Canelo Alvarez for September