We would welcome a WBO shot against Usyk, says Joseph Parker’s trainer Barry

Joshua’s WBO strap has been the subject of extensive discussion with suggestions the Brit could vacate the title to enforce a showdown with Tyson Fury. 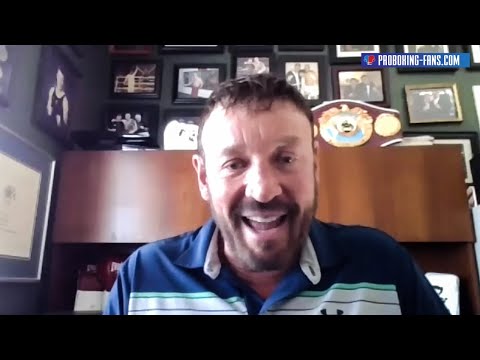 The pair agreed on financial terms for a two-fight deal in 2021, with Joshua set to face IBF mandatory Kubrat Pulev first and Fury on course for a third fight with Wilder, who exercised his contractual right after his February defeat.

The situation is complicated further, however, with Dillian Whyte slated to receive his long-awaited WBC World title shot by February 2021 and Oleksandr Usyk the WBO mandatory, not willing to wait for an undisputed clash.

And Barry insists Parker, who held the title from 2016-2018 and is currently ranked number two contender by the WBO, would be keen on a clash with Usyk, should the situation arise.

“I would really like to stretch my imagination that far to believe that would happen,” Barry told Pro Boxing Fans.

“But I also am well aware that with them trying to put together [an undisputed fight].

“And it’s not an easy task to make an undisputed Heavyweight World championship fight and we know that, because we haven’t seen one for a long, long time so we know a lot has to go into that.

“Look, if it does happen we’ll be lobbying very, very hard, we’ve made no secret to the fact that we would love to be the guy to really test Oleksandr Usyk and Joe being the WBO former Heavyweight champion, has all the credentials.

“And sitting there at number two we would have to be given that opportunity if it ever presented itself and we would welcome it with open arms.”

Parker returned to action with a convincing fifth-round stoppage of Shawndell Winters in Texas in February, after an eight-month lay-off, in which he saw a bout with Dereck Chisora canceled after suffering a spider bite.

However, Barry says Parker’s team is targeting a September return in New Zealand and is expecting a crowd to be in attendance.

“We have been given a lifeline for a great job that New Zealand has done,” Barry added.

“I expect to hear in the next week or so that there is a confirmed date in September.

“I think at the moment David Higgins has an idea of doing a special corporate event, but there’ll also be the opportunity for the public.

“But we’re looking not to do a massive event, the most important thing for us is that we get a good event that we can cover all the costs, we have the right opponent and we do a live TV event.

“There is interest at the moment of the fight going to the UK, going to America and obviously those fights in New Zealand they go on pay-per-view, through New Zealand, Australia, the Pacific Islands.”

Barry admits the opponent is likely to be from Australia, with former WBA champion Lucas Browne and unbeaten Queenslander Dempsey McKean reportedly in the running, but he is not ruling out the possibility of an opponent from the UK or USA.