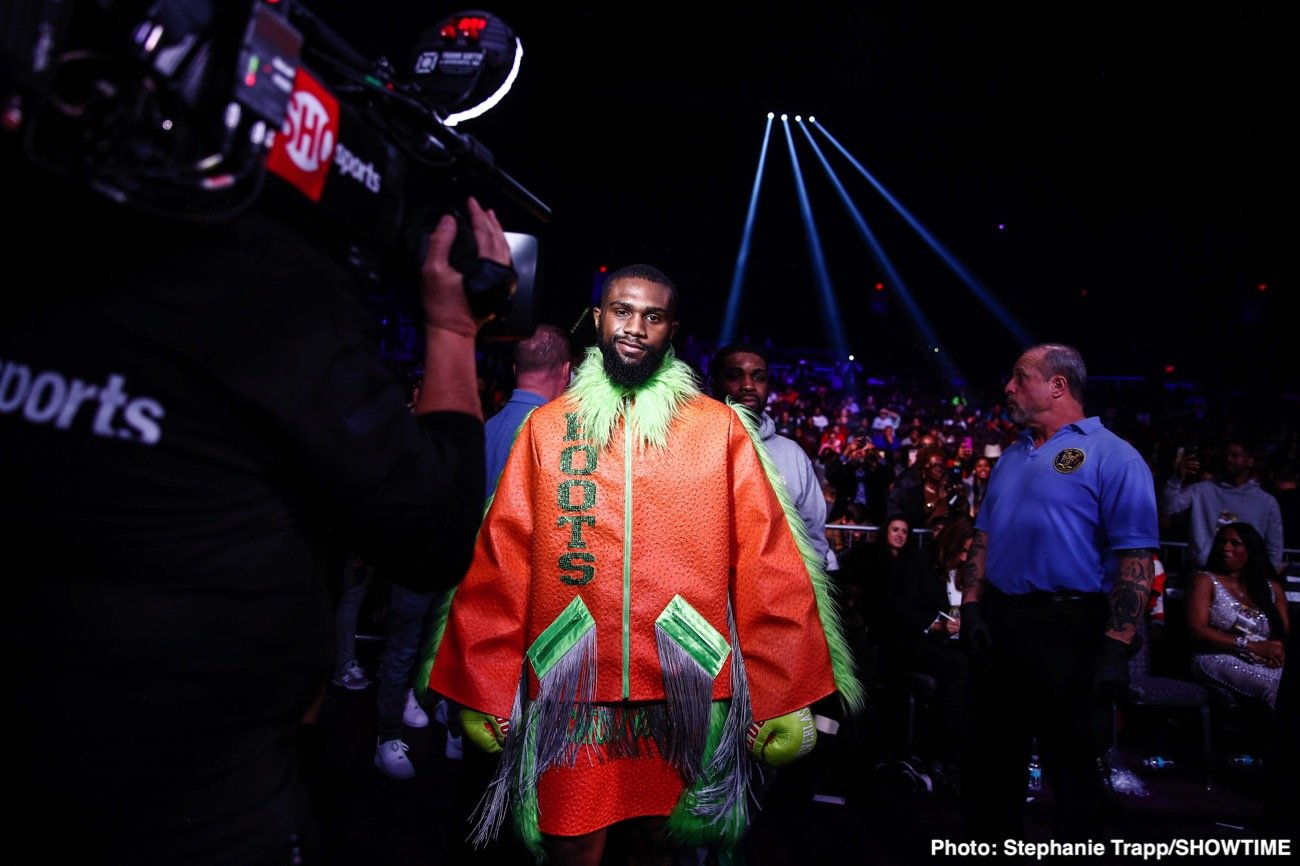 By Max Seitelman: Welterweight contender Jaron ‘Boots’ Ennis says he wants to “welcome” Maurice Hooker to the 147-pound division by facing him. The unbeaten highly thought of Ennis (25-0, 23 KOs) told Mike Coppinger that he wants Hooker to contact Showtime to put the fight together.

With Hooker fighting for Matchroom Boxing on DAZN, there might be an issue in making a battle with Ennis on Showtime. Ennis and Hooker’s management would need to work out a deal for this fight to happen. If Ennis is tied to Showtime, then it might be a no-go for a battle between him and the lanky 5’11” Hooker.

If Hooker needs an excuse for not fighting Ennis, he can always blame it on him competing on a different network.

Hooker would be taking a massive gamble

As talented as Ennis is, the 30-year-old Hooker would be taking a considerable risk in facing him in his first fight at 147. Hooker wanted to fight the shorter 5’8″ light-welterweight Regis Prograis, but it would be harder for him to take on the 5’10” Ennis, who competes at 147. 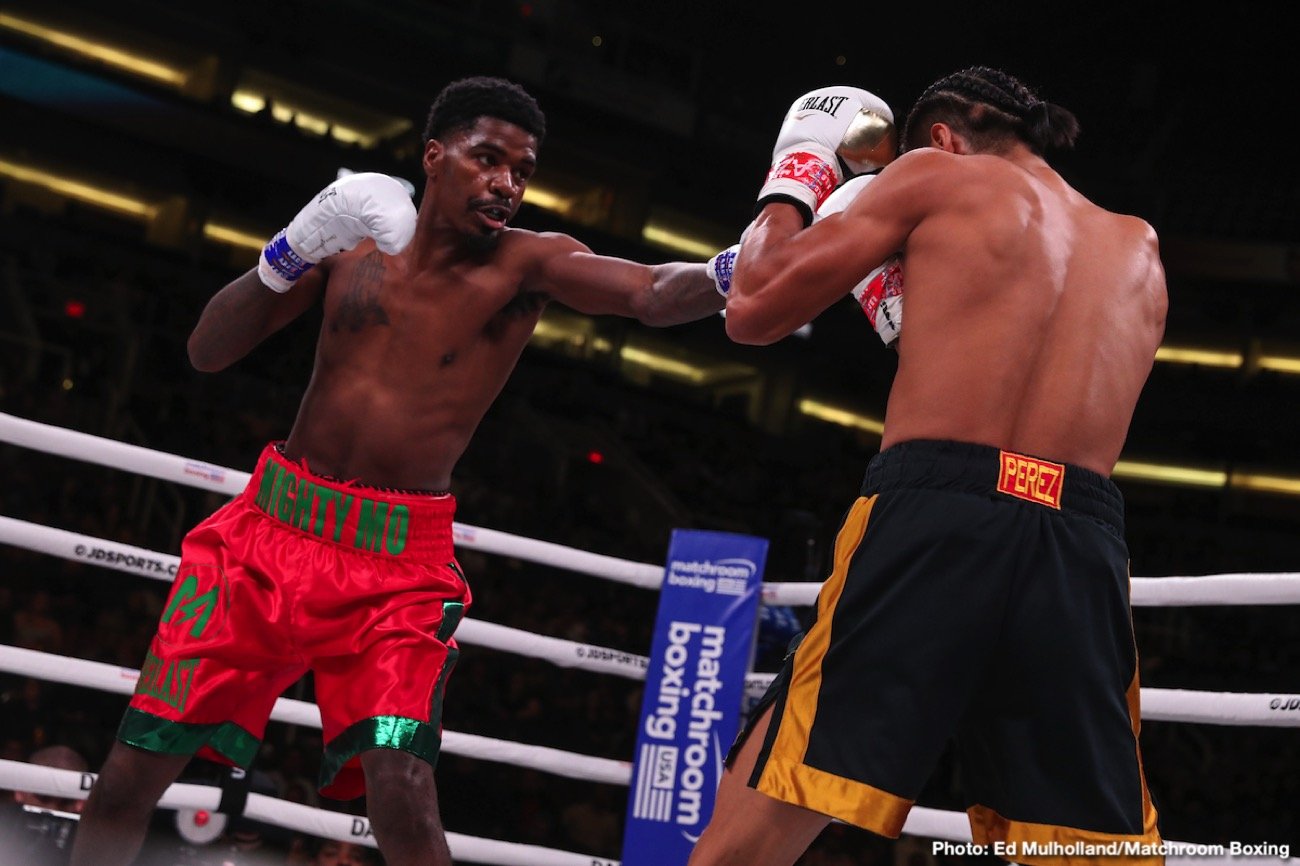 Ennis is a future star in the welterweight division, a fighter that can do everything that guys like Terence Crawford and Errol Spence Jr are doing. Jaron Ennis would arguably be a significant upgrade for Hooker from the opponents that he’s been facing throughout his career, and that includes Jose Ramirez. Ennis on a different level than guys like that.

Ennis, 22, responding to a report that he had turned down the Hooker fight, says he wants to face him and that he would “HURT” him. Right now, Hooker (27-1-3, 18 KOs) needs an opponent after he failed to negotiate a fight against former WBA light-welterweight champion Regis Prograis.

Hooker and Prograis were going to headline a Matchroom Boxing card on August 15 on DAZN, but they couldn’t agree on the weight. The original agreement was for Prograis and Hooker to meet at a catchweight of 143 pounds. However, Hooker needed it to be higher at the full weight of 147 pounds due to his size.

Hooker later lowered it to 145, but Prograis wouldn’t do it. He was willing to come up one pound to 144 to make the contest happen, but not to 145. By failing to agree on the weight, Prograis and Hooker were losing out on a lot of money.

Matchroom is now looking at matching Prograis against 140-lb contender Pablo Cesar Cano next for the August 15 ard.

“Sources: A welterweight matchup on DAZN between Maurice Hooker and top prospect Jaron “Boots” Ennis was proposed for later this year, but Ennis turned down the fight. Ennis has ties to Showtime, complicating efforts,” said @MikeCoppinger.

“Cap, y’all crazy I’ll hurt that boy [Hooker]. Tell them to call SHOWTIME and make it happen. I’ll gladly welcome him to 147,” said @JaonEnnis replying to Coppinger’s comment about Hooker.

Ennis is ranked #13 WBO, #14 IBF at welterweight, and he recently defeated Bakhtiyar Eyubov by a fourth-round knockout last January in Atlantic City. ‘Boots’ Ennis also has wins over these fighters: 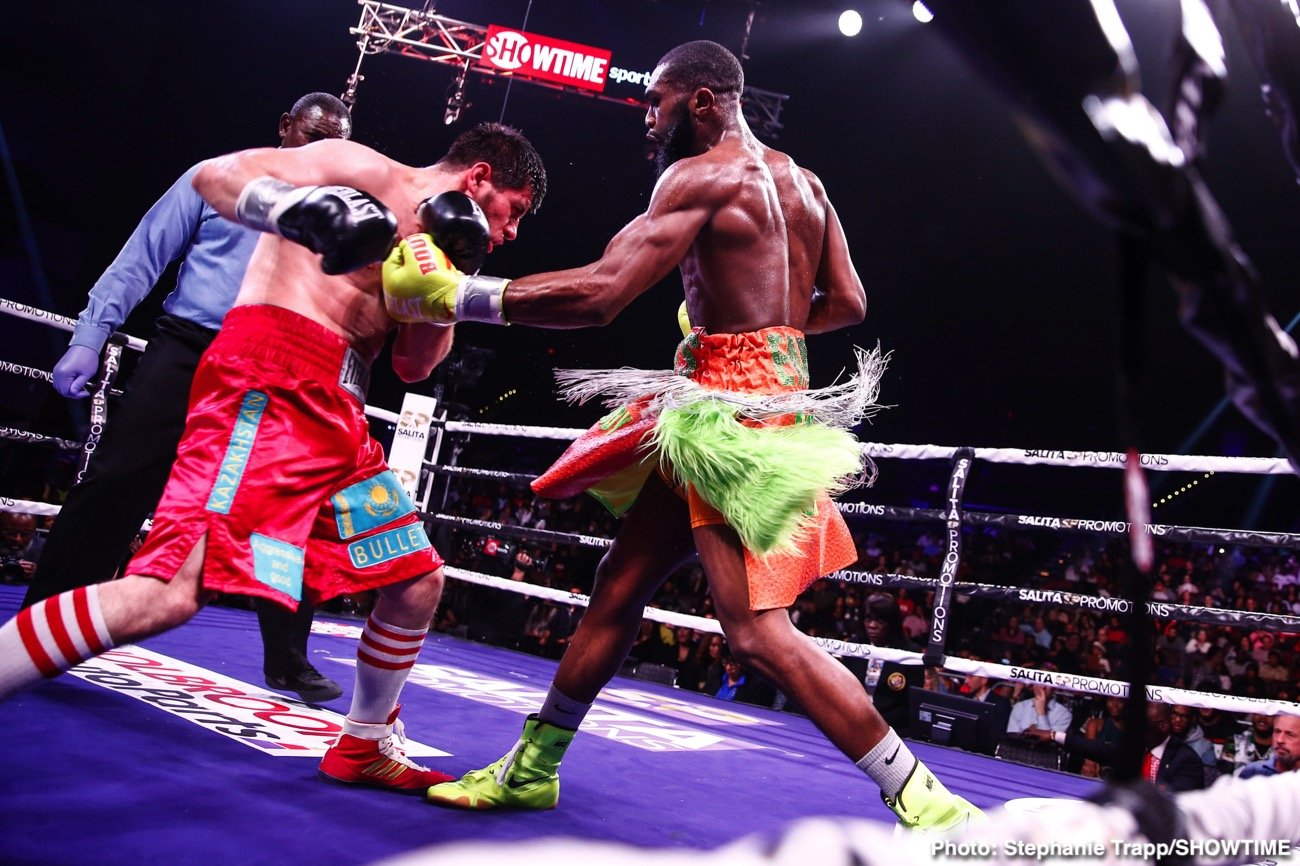 Ennis is not only beating his opponents; he’s destroying them early with quick knockouts, which sets him apart from the other welterweights when they were coming up. Despite being a lot older and more experienced, Hooker would be taking a significant risk in facing Ennis. Maurice could get knocked out by Ennis, and that would be a defeat that would difficult to come back from at this stage in his career.

Jose Ramirez stopped Hooker in the sixth round in their unification clash last July in Arlington, Texas. That was a bad defeat for Hooker, but he at least to a world champion in Ramirez. If Hooker gets beaten by the 22-year-old Ennis in a worse fashion, it might be time to hang up the gloves. 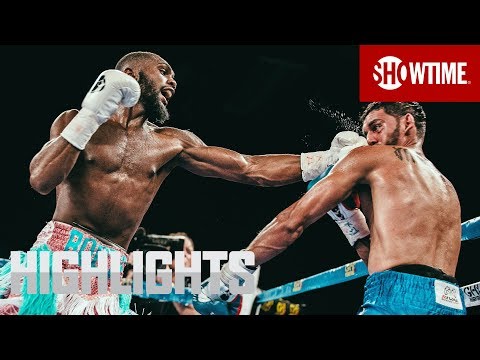 
« We would welcome a WBO shot against Usyk, says Joseph Parker’s trainer Barry

David Benavidez vs. Roamer Alexis Angulo in August on SHOWTIME »