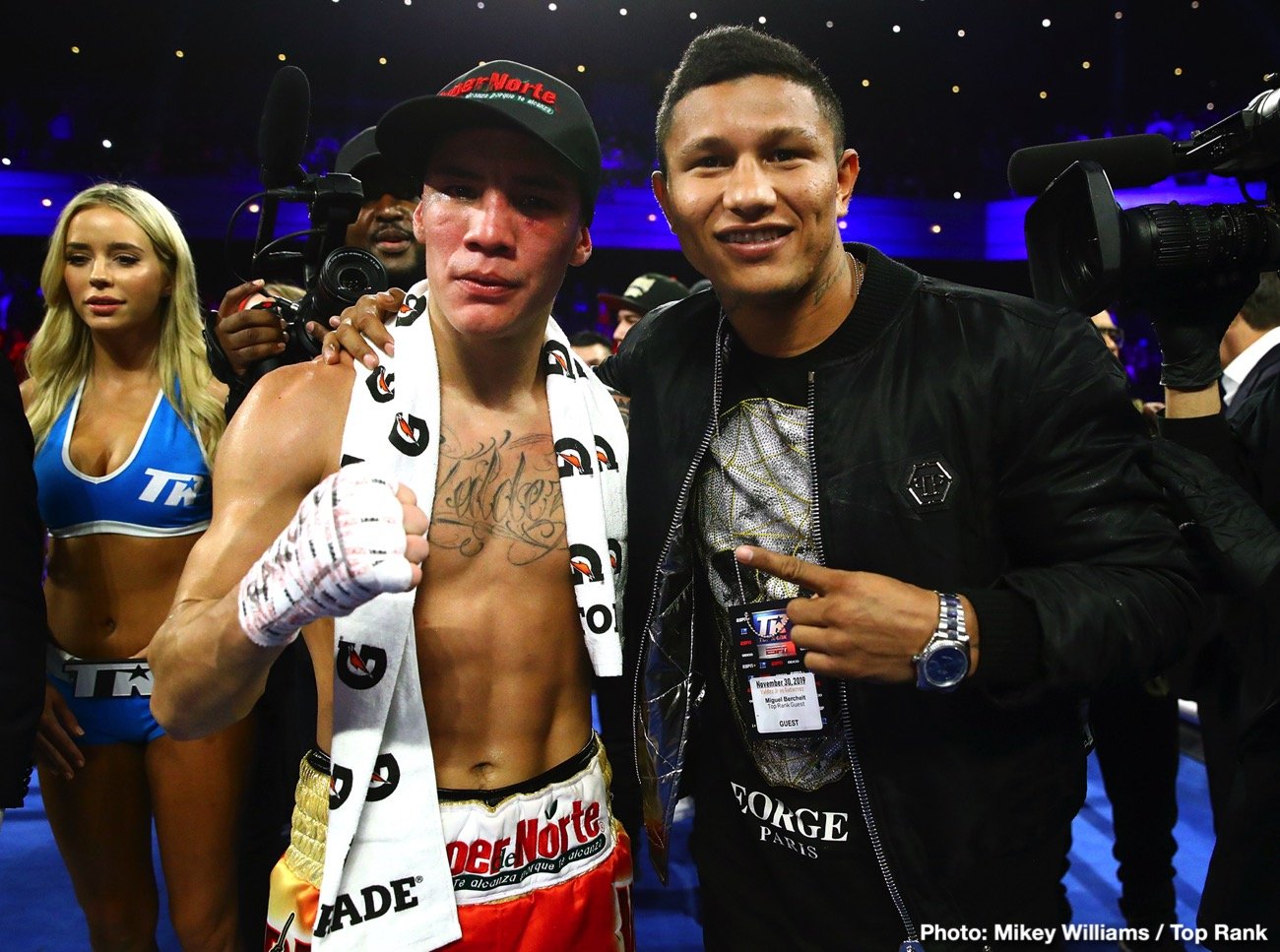 By Barry Holbrook: Last Saturday night, WBC super featherweight champion Miguel Berchelt got rid of a minor road bump in his path separating him from the match he really wants in Oscar Valdez.

Berchelt (37-1, 33 KOs) defeated the capable Eleazar Valenzuela in stopping him in the sixth round at the TV Azteca Studios in Mexico City. Referee Cesar Castanon stopped the contest at 1:13 of the round. Valenzuela was helpless against the ropes, hurt, and no longer capable of defending himself.

If the referee Castanon had wanted five to ten seconds longer before stopping it, Berchelt would have poleaxed Valenzuela. It was the right timing for the referee to stop it when he did.

Valenzuela had no quit in him, and he wanted to go out on his shield if the referee had let him. He looked annoyed at the referee, stopping it when he did. 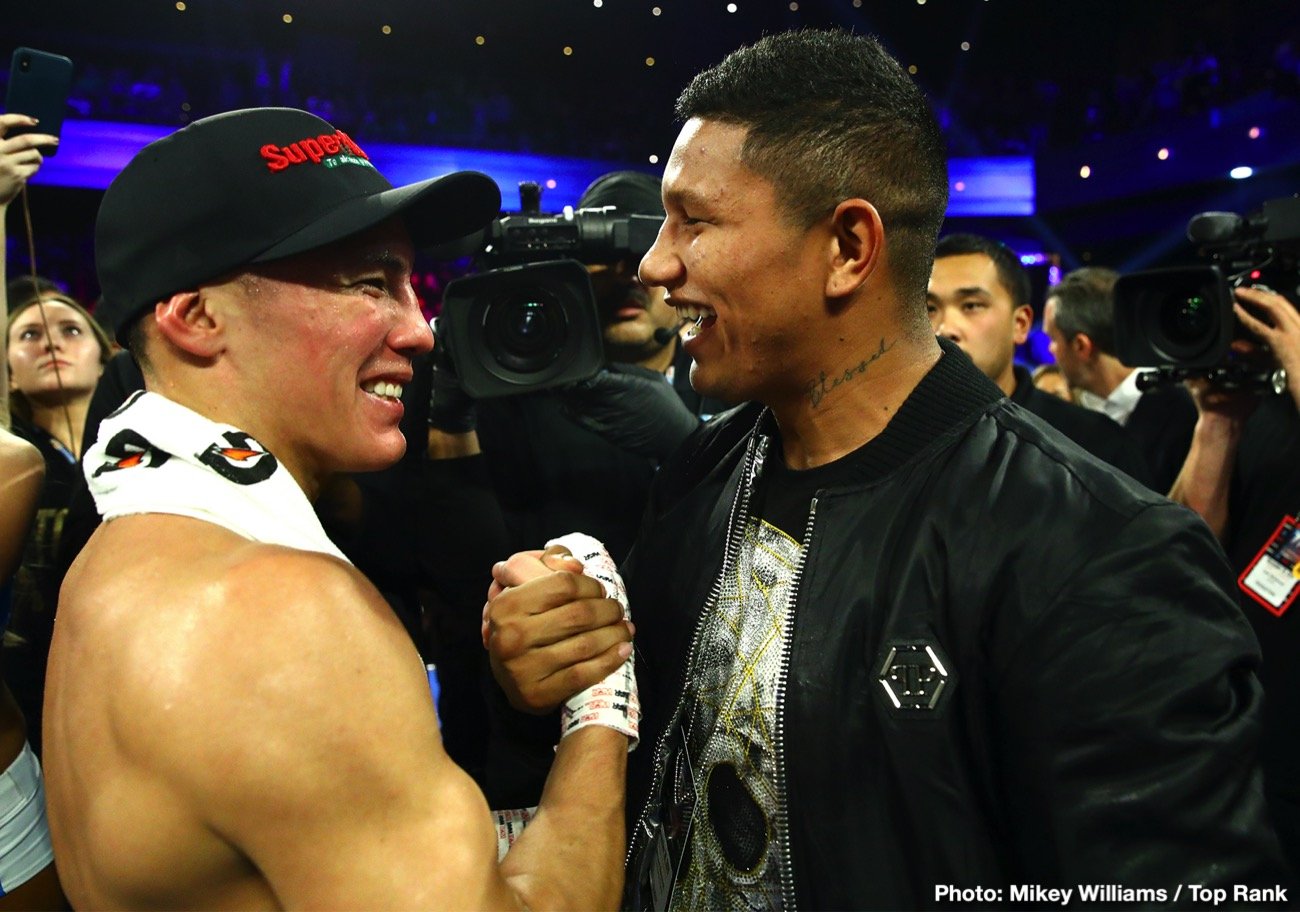 In looking at Berchelt, 28, put on such an excellent performance, it’s a wonder why he hasn’t become a superstar in the United States the way Canelo Alvarez has.

Berchelt has the talent, but he’s not been marketed to the U.S audiences the way Canelo has, which is too bad. What a shame.

Former WBO 126-pound champion Oscar Valdez (27-0, 21 KOs) is going to need to try and figure out a way of slowing Berchelt down when they meet in the fall. If Berchelt can unload the way, he did against the hapless 25-year-old Eleazar Valenzuela (21-13-4, 16 KOs).

Berchelt eased off on the accelerator after he knocked Valenzuela down in the final seconds of the first round. If Berchelt had wanted, he could have put an end the fight at the start of round 2, but he didn’t go all out.

Berchelt vs. Valdez would be an all-out 🇲🇽 vs. 🇲🇽 war … 👀 pic.twitter.com/xaTLjpIWsS

The difference between the way Berchelt fought in round six compared to the other rounds was dramatic. In the sixth, Berchelt threw the kitchen sink at Valenzuela, and he crumbled right away.

The two-time Olympian Oscar Valdez is fighting next month on July 21 against an opponent still to be determined at the MGM Grand in Las Vegas. Hopefully, Valdez’s opponent is better than the one Berchelt faced last night in Valenzuela because he’s not going to get much out of the fight.

Valdez needs to look good and stay on his feet against whoever is picked out as his opponent. With only a month to go before July 21, it’s not likely that Valdez will be facing a good opponent.

Berchelt ready for war against Valdez

Top Rank is hoping for a live audience for the Berchelt-Valdez fight in the fall, but that’s wishful thinking. The pandemic situation could make it impossible for a large crowd to attend the battle.

“Now what follows is the expected fight against Oscar Valdez,” Berchelt said. “Every fan wants to see that fight, and we are ready for that war.

“Eleazar is a tough fighter. He endured everything I threw at him. He gained my respect. My experience as a world champion pushed me forward,” said Berchelt. 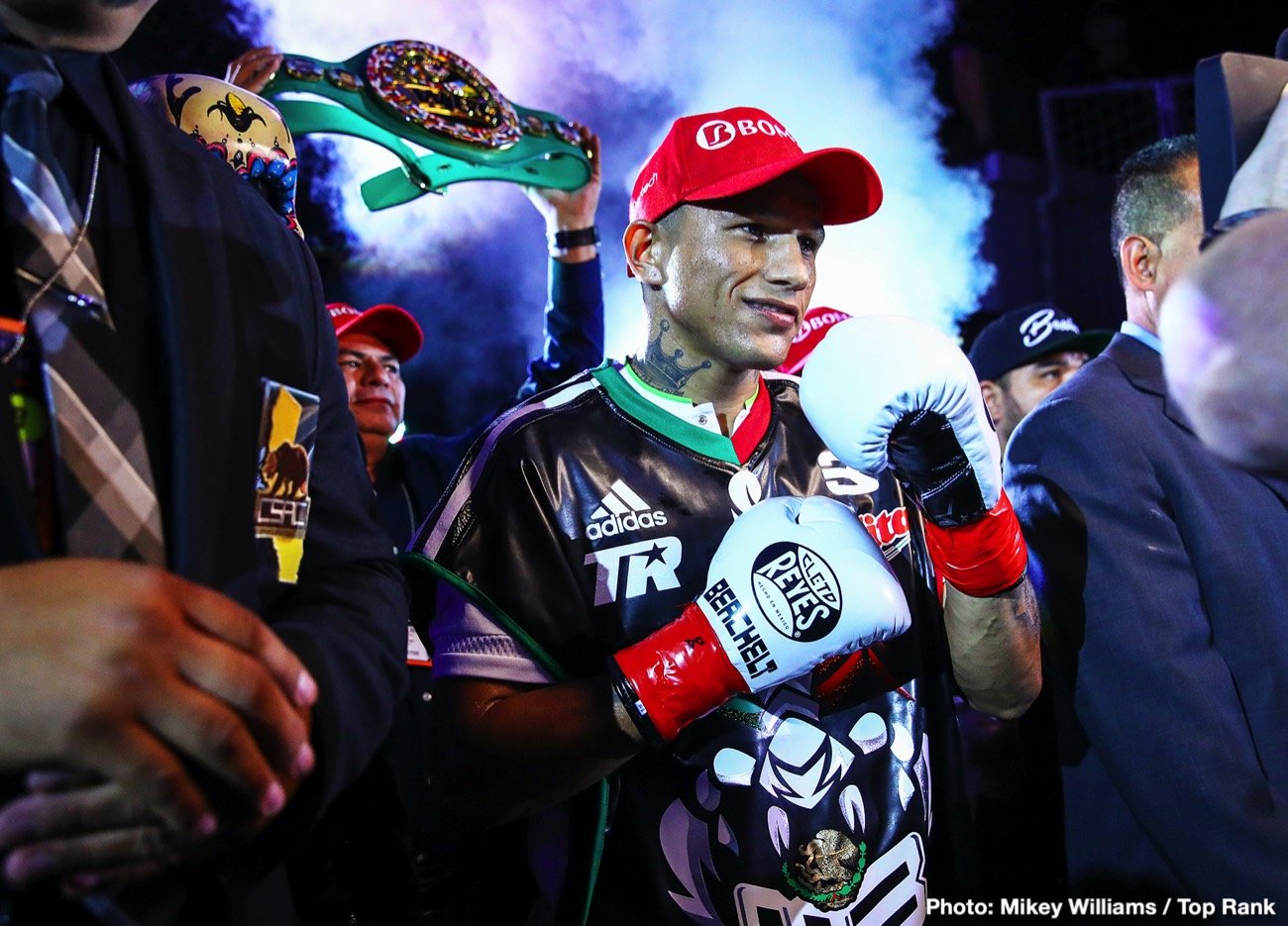 If Berchelt can beat Valdez, then the next guy on his target list is Shakur Stevenson, who has already made it know that he wants to fight him. Stevenson is hoping to use Berchelt as a catapult to take his career to the next level.

The way that Berchelt is looking now, Stevenson is going to be in for a long night when they face each other. But first things first. Berchelt must beat Valdez t0 get to Shakur. If Berchelt impressively beats Valdez, he’ll discourage Stevenson and promoter Bob Arum in making that fight.

Berchelt’s best wins as a pro:

« Andy Ruiz: The happy life of the underdog