By Kenneth Friedman: Billy Joe Saunders dropped a big hint on social media that he’s retiring from boxing. The former two-division world champion Saunders (29-0, 14 KOs) posted on his Twitter account a message in which he thanked the sport of boxing for helping him, and then he posted his 29-0 record along with a hand signal that suggests that he’s retiring.

Saunders hasn’t fought since last November, and he just missed out on a massive payday against Canelo Alvarez due to the pandemic. Although the fight was never made official, they were expected to battle on May 2.

We’ll have to take a wait and see approach with the 30-year-old Saunders about his possible retirement. Saunders could surprise fans by saying he wasn’t serious. With the way that Saunders worded his retirement hint, it doesn’t sound like a person that is serious about wanting to hang up the gloves.

With the money Saunders can still make in boxing fighting the likes of Callum Smith, John Ryder, Caleb Plant, Chris Eubank Jr, and David Benavidez, it’s beyond belief that Billy Joe will retire.

As soon as Saunder’s promoter Eddie Hearn offers him a nice payday fight against one of the above names, he’ll likely jump at it with both hands. But you never know with Saunders. He’s been through a lot in the last five years since winning his first world title in 2015.

Billy Joe is going to look silly if he starts crying wolf in hinting about retirement without actually carrying through with it. However, perhaps Saunders’ value will increase if he retires for a little while.

The fans will possibly miss Saunders, and he can have a huge demand for him to come back by posting a video of him working out on a heavy bag as Mike Tyson has done recently. Saunders isn’t a Tyson-type of talent, so he won’t be able to wow the boxing public if he tries to impress them with one of his workout clips after he retires.

Matchroom Boxing promoter Eddie Hearn recently said that he was still hoping of rescheduling the fight between Saunders and Canelo Alvarez. However, with the news of Golden Boy looking at other opponents for Canelo, it would seem that they’ve moved on and given up on the Saunders fight.

Canelo can get a cheaper opponent

In Golden Boy’s part, their likely rationale for having Canelo find another option has to do with money. For the time being, fights can only take place behind closed doors in the U.S, and that means the considerable gate money that Canelo normally brings in won’t be there. That makes it harder to pay massive cash to Canelo’s opponents as they’ve done in the past. 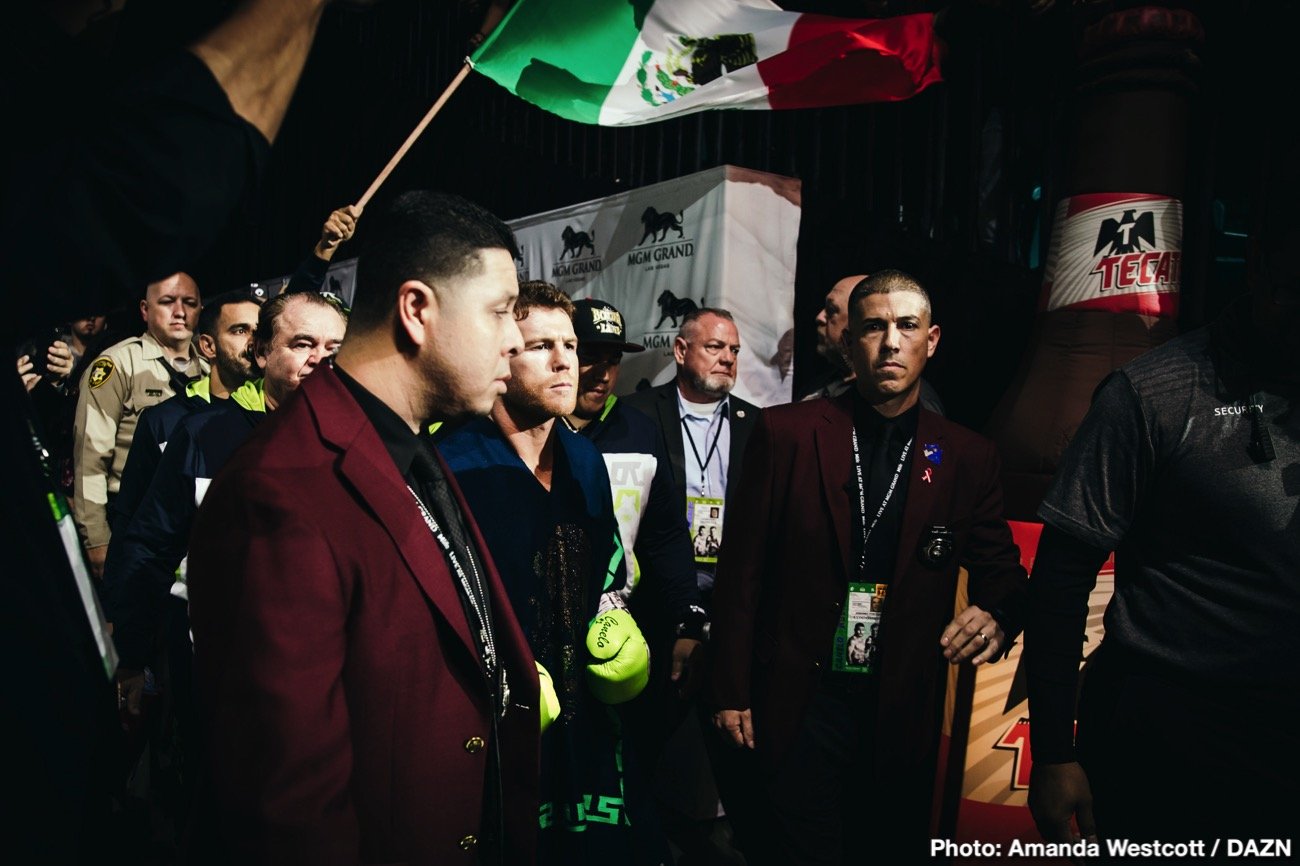 Given that Saunders isn’t well known or popular in the United States, it doesn’t matter that Canelo will fight someone else. It’s not as if the fans in the U.S were eager to see him fight Saunders.

Saunders has dealt with a lot of injuries that have limited his activity inside the ring. You can argue that Saunders would have twice as many fights on his resume if he’d not suffered so many injuries over the years.

In early 2018, Saunders suffered a hand injury that resulted in his fight with Martin Murray being postponed. That was supposed to be a stay busy fight to tide At the time, Saunders over until the smoke cleared for the Canelo Alvarez vs. Gennadiy Golovkin rematch. Saunders was in the running to fight the winner of that match.

While training for the rescheduled Murray fight, Saunders was again injured. This time it was a hamstring injury.

Saunders missed out on a fight against Demetrius Andrade when he tested positive for a banned substance. Andrade and Saunders were scheduled to fight on October 20, 2018, in Boston, Massachusetts.

Some fans will be GLAD Billy Joe is retiring

Some of the controversial stuff that Saunders has done outside of the ring has turned off many fans. The latest episode where Saunders posted a clip of him talking about domestic violence during the lockdown angered many people.

Some would argue that Saunders may have ruined any chance he had of getting a fight against Canelo Alvarez with that video. If Canelo were to take a fight with Billy Joe now, he would be raked over the coals by a lot of fans, who would say that he’s tainting his career by agreeing to fight him.