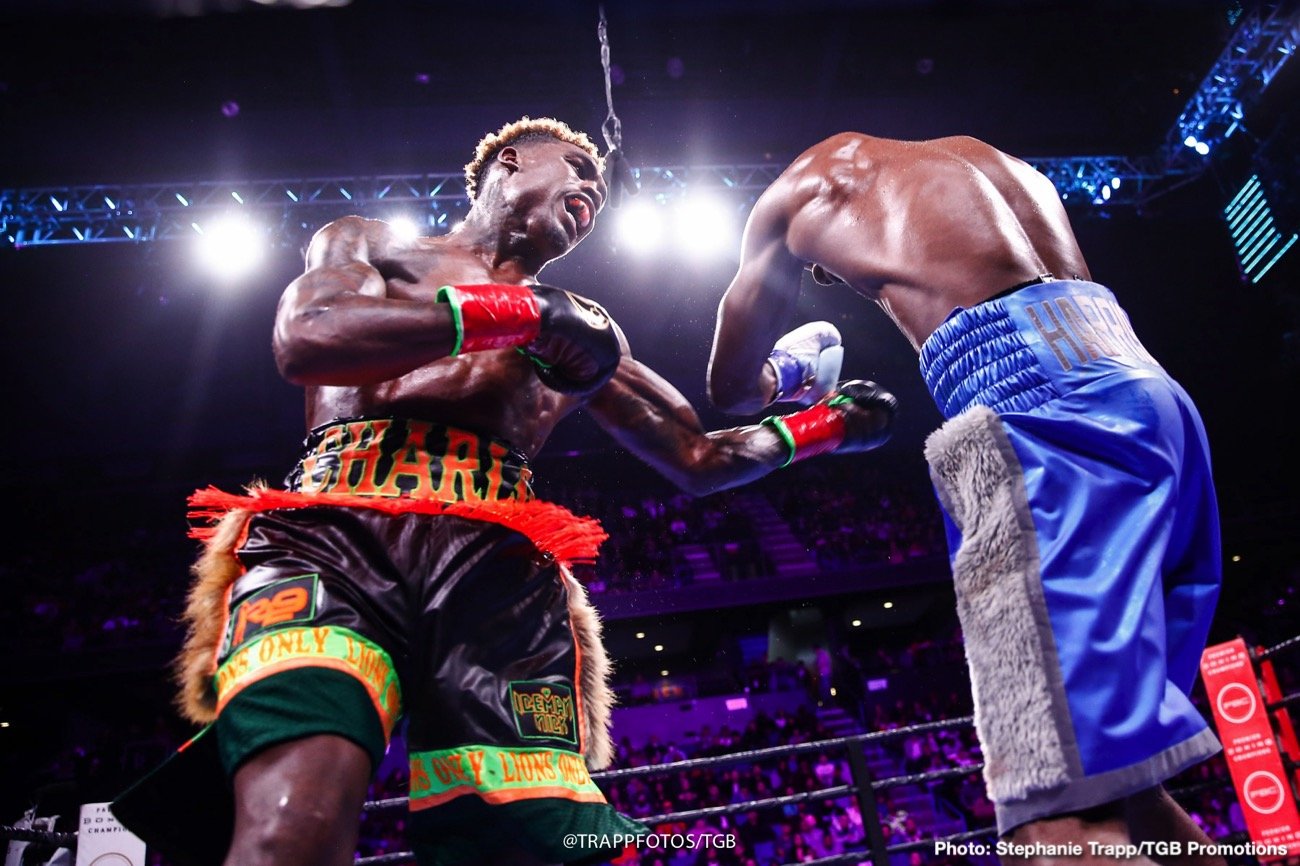 By Allan Fox: World champions Jermall and Jermell Charlo turned 30-years-old today. The twin brothers are both sitting and waiting for the lockdown to end for them to resume their respective careers.

Jermall has already made two successful defenses of his WBC middleweight title against Brandon Adams and Dennis Hogan. Those were two relatively soft opponents in what amount to stay busy fights. When the sport starts back up, Charlo would like to face some of the talented contenders in the 160-lb division.

These are some of Charlo’s options at middleweight:

Out of that bunch, Eubank Jr. and Derevyanchenko would be the toughest tests for Charlo, and the ones that’ll help move his career forward. What is clear is that Charlo cannot continue to defend against mediocre opposition like Brandon Adams and Dennis Hogan.

Charlo will never become a star or bring in good ratings while he’s milking his WBC title against fringe level fighters instead of the talented guys that fans want to see him defend against in the future.

WBC middleweight champion Jermall (30-0, 22 KOs), who is the bigger puncher of the two, has been virtually ignored by Saul Canelo Alvarez and Gennadiy Golovkin. At this point, it doesn’t look like Charlo will be given a shot at either of those guys.

The World Boxing Council eased the pressure off Canelo by making him their WBC Franchise middleweight champion last June while at the same time elevating Jermall to the NEW WBC 160-pound champion.

At the time the WBC made this move, Jermall was Canelo’s mandatory challenger, and he had the Mexican star in the position where he was either going to need to face him, vacate, or be stripped of his WBC title.

It would have looked bad if Canelo vacated the title to avoid Jermall. Canelo had already vacated the WBC title years ago when Golovkin was his mandatory.

It’s essential that Jermell step it up and show that he’s the class of the junior middleweight division by taking on the other belt-holders. Fans would like to see Jermell face IBF/WBA champion Jeison Rosario, Erislandy Lara, and Patrick Teixeira.