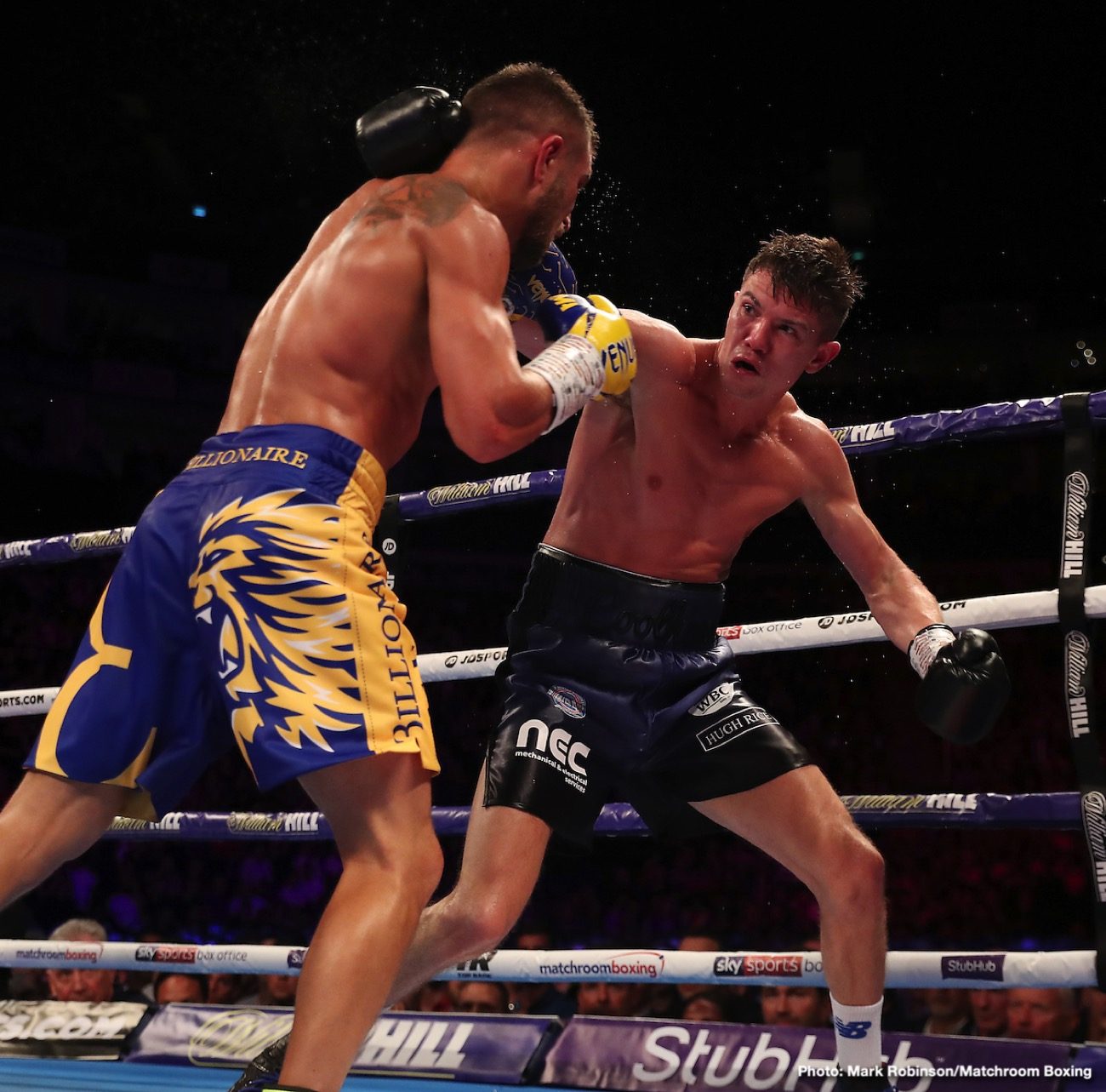 By Tim Royner: Luke Campbell got the bad news on Wednesday with the WBC reinstating Devin Haney as lightweight champion and ordering him to face Javier Fortuna for the WBC interim lightweight title.

It’s got to be tough for Campbell to lose out on a fight for the vacant WBC lightweight title against Fortuna. While it’s nice to be put in a situation where a title falls into your lap the way Haney twice won his WBC belt, fighters should earn their belts.

If Campbell is the real goods, then he should be able to beat Fortuna, 30, to become the interim WBC champion, and then defeat Haney to capture the full WBC belt. In the long-run, it’s better for Campbell’s credentials and self-confidence if he defeats Fortuna and Haney to win his WBC title the hard way.

If Campbell is the fighter that boxing fans think he was when he turned pro in 2013, then it should be a piece of cake for him to defeat Haney and Fortuna in back to back fights.

The WBC also ordered the winner of the Campbell vs. Fortuna contest to face Haney (24-0, 15 KOs) as the mandatory challenger. In the meantime, Haney can make a voluntary of his WBC strap.

The WBC had stripped Haney, 21, of his title, reclassified him a ‘Champion in Recess’ after he hurt his shoulder in beating Alfredo Santiago on November 9.

It’s not a big deal for Campbell to be fighting Fortuna to earn a title shot. Look at it this way. Campbell was going to fight Fortuna anyway, and many fans believed that he was going to win the fight. Now if Campbell faces Fortuna, he’ll be looking to win a piece of the WBC belt before fighting for the real thing against Campbell in 2021.

There were a lot of upset boxing fans when WBC ordered Campbell, who was coming off of a loss to Vasiliy Lomachenko, to face Fortuna for the vacant WBC belt.

The fans thought it sent the wrong message with Campbell, 32, getting the opportunity fight for the vacant WBC 135-pound title against Fortuna straightaway following his LOPSIDED 12 round unanimous loss to Lomachenko on August 31 in a failed attempt at winning the vacant WBC lightweight strap. Campbell hasn’t fought since that loss.

When fans see individual fighters getting shot after shot at world titles, it makes the sport of boxing seem like professional wrestling. It’s not like other sports where if you lose, then miss out.

The WBC dropped the ball in the first place by making the mistake of quickly stripping Haney of his WBC belt after he injured his shoulder against Santiago last November.

Although Haney had successful surgery performed on his injured shoulder, the WBC failed to realize that with his youth, he would recover faster than an older fighter, and would be ready to be back inside the ring within five months. In hindsight, the WBC should have waited before they decided to strip Haney’s title from him and order Campbell to face Fortuna for the belt. 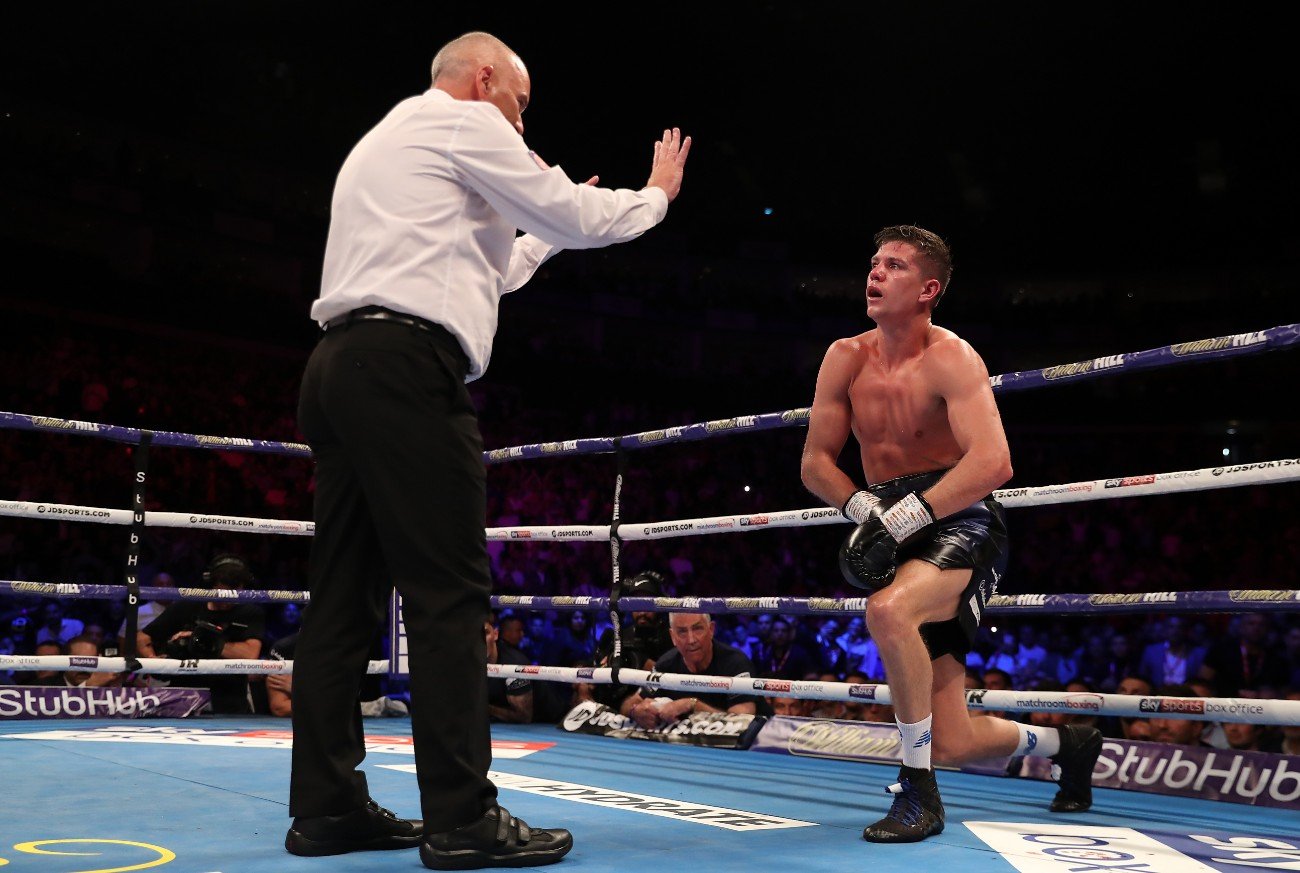 The 2012 Olympic gold medalist Campbell came into the pros with high expectations, and many people him as a can’t miss blue-chip prospect from his first fight. It was expected that Campbell would win a world title in no time flat. Things haven’t worked out well for the British fighter.

Starting with Campbell’s upset loss to Yvan Mendy in 2015, it was a signal that his amateur game wasn’t carrying over well in the pros. Two years later, Campbell finally got his first title shot against WBA lightweight champion Jorge Linares in 2017, and he ended up losing a controversial 12 round split decision.

It was controversial in the eyes of Campbell’s fans and his promoter, but not with fans with nothing at stake in the fight. They saw Campbell get outworked in the first four and the last four rounds by Linares, who had too much speed and superior combination punching for him.

Campbell’s pro record is 20-3 with 16 knockouts. His three career defeats have come against these talented fighters: