Is Ryan Garcia the next Canelo Alvarez?

If you compare the level of opposition of Canelo and Ryan at age 21, it’s difficult to separate them. When Canelo was 21, he was beating Matthew Hatton, Ryan Rhodes, Kermit Cintron, and Alfonso Gomez. Canelo had a great year at age 21.

Ryan Garcia on the brink of fame

Unfortunately for Ryan, he’s been sidelined due to the pandemic, and it’s possible that the may not fight for the remainder of the year. Until this problem surfaced, Ryan had hoped to face Jorge Linares, Luke Campbell, and Gervonta Davis. Those fights can still happen, but they might need to wait until 2021.

Ryan can still be the next Canelo, but there’s going to be a delay for that to happen. Right now, Ryan is looking better than Canelo was, and he’s even more impressive than the current version. Canelo is winning fights, but he’s not blowing through them with 1st round knockout victories like we see with Ryan Garcia.

When boxing starts back up, Ryan wants to make up for lost time by fighting Linares, Campbell, and Tank Davis. Wins over those three will be Ryan’s coming out party and will turn him into an instant star.

Ryan Garcia is a blend of Canelo, Mayweather and De La Hoya

“As long as he doesn’t start throwing money around, I’m alright with that. But he’s got a page out of Floyd Mayweather’s book. He’s got that charming look about him, that handsome Latino suave that Oscar De La Hoya had. So he’s got a little bit of all three of them. So yeah, absolutely, he’s the next superstar hands-down,” said Mora on Ryan Garcia.

Floyd Mayweather Jr., Oscar De La Hoya, and Canelo were all performing at a high level when they were Ryan’s age. The difference is that Ryan’s one-punch power and his charisma separates himself apart from those guys. Those fighters were excellent at 21, but they weren’t the full package like Ryan Garcia is. Something was missing with them.

“To be the next Canelo, the next Oscar [De La Hoya] or the next Floyd Mayweather, you have to blend two things,” said Mannix. “You have to blend incredible talent inside the ring with some form of charisma outside of it. That charisma can be a few different things. Canelo is more reserved, but he has the unwavering loyalty of the Mexican fan base.

“De La Hoya was more of a mainstream guy. A guy that broke through with his popularity in a positive way. Mayweather was more of the villain. People watched him mostly to see if someone could beat him. I think Ryan Garcia can fit one of those boxes. The reason I’m not ready to say fact yet, though, is because I still need to see more of Ryan Garcia in the ring.

“When I look at the stars in terms of overall talent, I don’t put Ryan Garcia at the top just yet. I think Devin Haney right now has shown more in-ring ability than Ryan Garcia. And I believe Teofimo Lopez might be the best of both worlds when it comes to those two.

Before Ryan Garcia is viewed as the next big thing, he’s got to beat the better fighters in the 135-pound division. That’s what Golden Boy Promotions had in mind for Ryan until recently. They were going to have him face former three-division world champion Linares at the Staples Center in Los Angeles in July. Linares is still almost as good as he ever was, and he would make it tough for Ryan.

Ryan hasn’t fought for a world title as of yet, and he’s going to have to wait for that opportunity be given to him. It’s entirely out of Ryan’s hands.

“Teofimo has beaten some of those veterans that Ryan Garcia has rolled through. He’s beaten Mason Menard and William Silva and some of those veteran type guys, and he has a win over recognized world champion Richard Commey. So while I think Ryan Garcia has more potential in terms of the higher ceiling of being a superstar, I need to see more of him inside the ring to determine if he’s all the way there,” said Mannix.

“Listen, I’m a huge fan of Devin Haney and Teofimo Lopez, but they lack something you can’t teach, and that’s charisma,” said Mora. “Yeah, Devin Haney has a smile, and he says the right things, but he doesn’t have that swag that Ryan Garcia has.

“Teofimo Lopez, he can walk down the street, and people won’t know who he is, but he’s an excellent fighter and one of the best that you just mentioned. But you can’t teach that charming charisma, that smile and that cover boy look where he can fight and he can sell you some underwear. This guy is the real deal. If you’re a promoter, a manager, or a fan, that’s who you want to be the cover face for boxing,” said Mora.

“It’s been a long time since a professional boxer has been one of those types that sits on the late-night couches and appears on mainstream media. Ryan Garcia, as much as any prospect in boxing, has a chance to be that guy,” said Mannix.

IBF lightweight champion Teofimo Lopez is already a world champion, but he’s a year older than Ryan at 22, and he’ was put in a perfect spot in facing Richard Commey to win the belt. 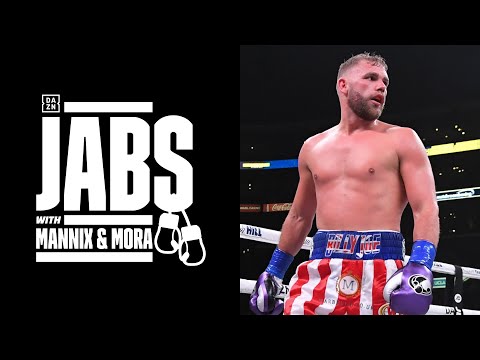 
« Devin Haney to be reinstated as WBC 135-lb champion