Deontay Wilder can come back from loss – Peter Fury

By Kenneth Friedman: Trainer Peter Fury is one of many people who still believe that former WBC heavyweight champion Deontay Wilder can bounce back from his loss to Tyson Fury.

Peter notes that Wilder (42-1-1, 41 KOs) didn’t take much punishment despite losing a one-sided 7th round TKO loss to Tyson, and he just never was able to get things going in the contest.

It would be better for Wilder if he weren’t fighting Fury in his next fight, seeing that his self-confidence won’t there for their trilogy match on October 3.

Many believe that Wilder should have taken a step side fee to let Fury fight IBF/WBA/WBO champion Anthony Joshua next. That would give Wilder a chance to take a fight or two to build back his confidence. Wilder doesn’t want to do that though. He’s ready to gamble everything, and potentially see his career go down the drain if he’s wrong

Deontay got taken out of his stride

‘I think so. The stoppage was right because he was getting beaten up, but he hasn’t taken a hell of a battering that he can’t come back from,” said Peter Fury to seconds out when asked if Wilder can come back from his loss to Fury.

“I just think he got taken out of his stride because Tyson was coming on to him. He wasn’t used to it, and he’s never had it before. For a lot of fighters, they don’t prepare for the worst scenario,” said Peter.

Wilder could have turned things around early against Fury if he made the right adjustments. Using his jab and moving are two things Wilder could have done, but his legs were gone. He looked tired, and his balance impaired after he took a clubbing shot to the back of his head in round one.

Wilder would have a hard time coming back from KO loss

“All fighters at the top should look in the mirror and say, ‘What do I have to worry about? What am I not good at.’ What they should do is perfect what they’re not good at,” said Peter. “Not try and have this macho image, ‘I’m unbeatable, and if I hit you, I’ll put you into next week. Again, you should work on all the stuff, and not just what you’re good at. That’s a prime example of what happened to Wilder.

“Mark Breland did the right thing to stop it,” said Peter on Wilder’s trainer doing the right thing in throwing in the towel in round seven against Fury. “He was going to get flattened, and it would have been a lot harder to come back because then he’s been carried out rather than stopped on his feet because that’s what was inevitable that was going to happen,’ said Peter.

Some trainers get themselves in hot water with their fighters by pulling them out of matches, and they sometimes lose their jobs.

If a trainer is insecure about potentially losing their position, they might opt to leave a fighter in there to take a beating. It’s a tough call for some trainers.

If they don’t stop a fight, it could end badly for their fighter. At the same time, if a trainer halts a battle, it puts them in a position where they’re risking their job.

Peter wouldn’t be worried about stopping a fight

“Not really,” said Fury when asked if he would be worried at stopping a match as a trainer if he felt that his fighter might resent him for it. “That wouldn’t bother me, and that wouldn’t come into my mind anyway. If a fighter doesn’t like it, then tough. There are plenty of other gyms in the country.

“I’m going to make the call for what I feel is right to protect the fighter. I’m not going to see the fighter die in there.

“If you’re getting a systematic beating and you’re not in it, and it looks like you could get brain damage, then pull the fighter out. Don’t let him go on because it’s not going to happen, is it?” said Peter.

Maybe it’s a good thing that Peter isn’t Wilder’s trainer. With Wilder’s history of falling behind early in fights, and then coming back to score knockouts, he wouldn’t like Peter throwing in the towel.

Would Peter have thrown in the towel in Wilder’s two fights with Luis Ortiz? Wilder fell behind in both of those fights and took punishment before rallying to score a knockout. 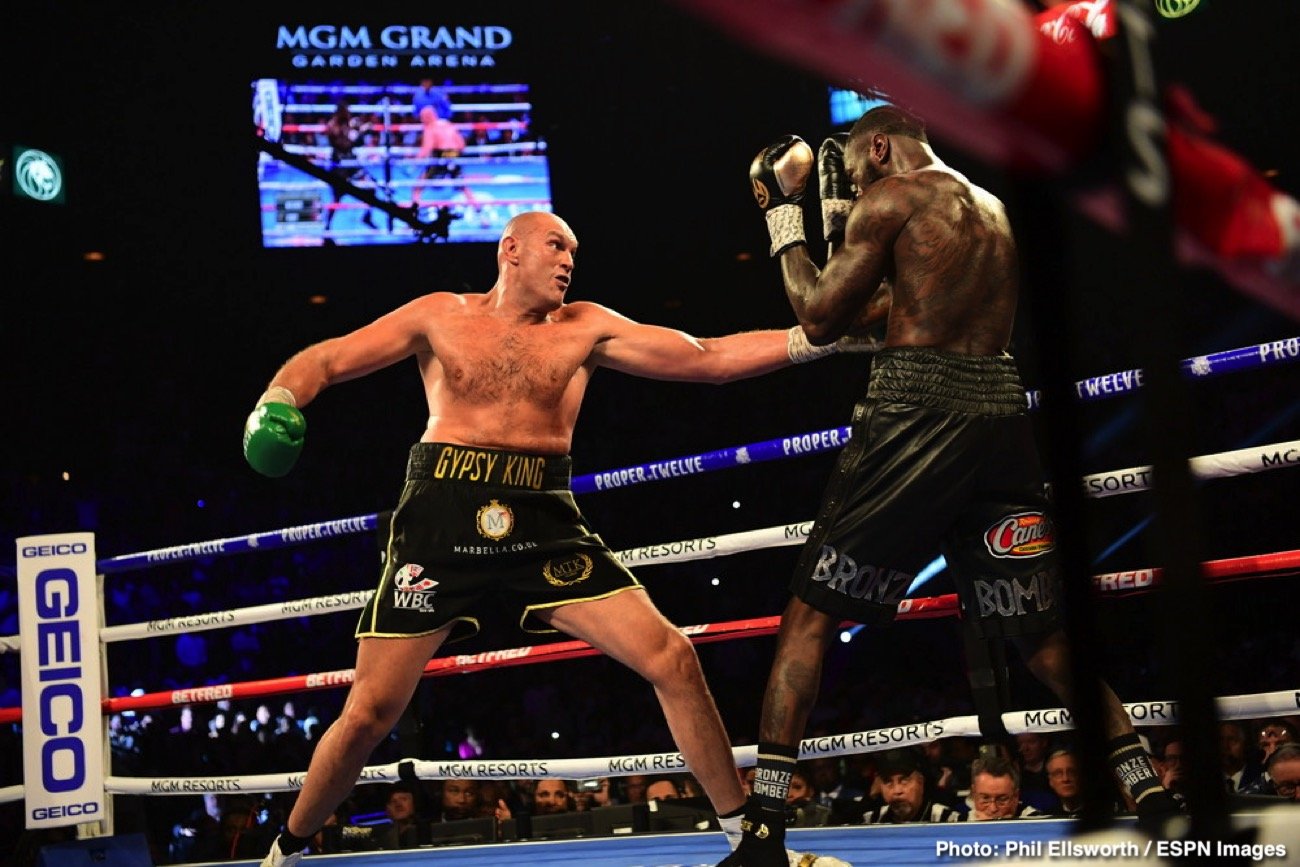 Wallin doubts Wilder can come back

“Wilder always has a puncher’s chance, but it’s going to be very tough for him to come back from that,” said heavyweight contender Otto Wallin to Fighthub. “Also at his age, he’s getting older at 34. I’m not sure he has the tools to adapt,” Otto said of Wilder.

Wallin is interested in fighting Fury or Wilder, so you have to take what he says with a grain of salt. It’ll be tough for Wilder to come back against Fury, but he would have a good chance of beating the other heavyweights in the division.

What people forget is Fury made former unified heavyweight world champion Wladimir Klitschko look just as bad as he did Wilder. Fury is one of those fighters that are hard to hit, and he’s going to cause anyone in the division problems. The size of the 6’9″ Fury makes him a difficult opponent for a knockout artist that relies on landing his right hand. 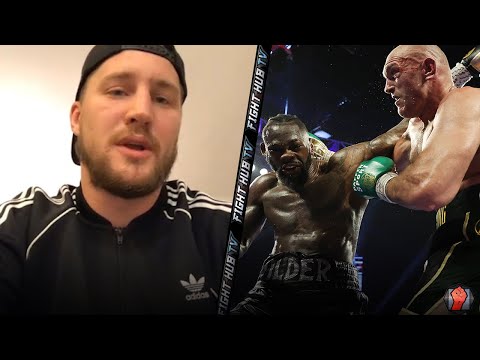