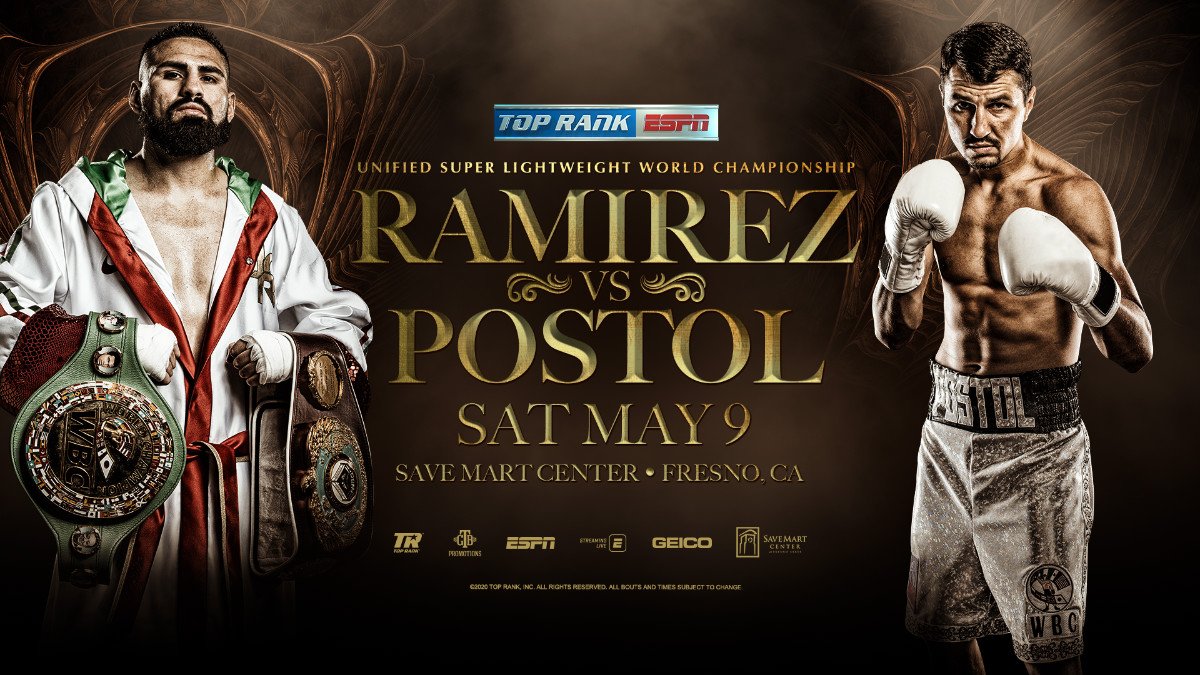 By Chris Williams: WBC/WBO light welterweight champion Jose Ramirez vs. Viktor Postol has been postponed because of the coronavirus pandemic for their scheduled May 9 fight at the Save Mart Arena in Fresno, California. The fight will be rescheduled at a later date at the same venue in Fresno.

Boxing fans that have had purchased tickets for the May 9 fight, they can use them for the still to be determined rescheduled date, according to Top Rank.

This is the second time Ramirez’s title defense against his WBC mandatory 36-year-old Postol (31-2, 12 KOs). The two were supposed to fight on February 2 in China, but it was postponed because of the coronavirus.

Unfortunately for those two, the May 9 date wasn’t far enough in the future for it to be postponed yet again.  Movin g the fight from China to the U.S failed to make a difference, due to the coronavirus spreading to the States.

“I feel terribly for Jose and Viktor, who have entered two training camps, only to see the fight postponed both times,” said Top Rank boss Bob Arum. “They are consummate professionals, and they will give the great Fresno fans a memorable fight whenever it occurs. We owe it to Jose and Viktor to make this fight happen as soon as it’s safe to do so.”

2012 U.S Olympian Ramirez (25-0, 17 KOs) has no choice but to make this fight due to Postol being his mandatory. But once Ramirez does get the tall 5’11” Postol out of the way, he intends on facing IBF/WBA light welterweight champion Josh Taylor in a fight for the undisputed 140-lb championship.

Taylor recently signed with Top Rank, which makes it an easy fight to get made whenever the sport hits the reset button.

This will be the 27-year-old Ramirez’s fourth defense of his World Boxing Council title that he won two years ago in beating Amir Imam by a 12 round unanimous decision in March 2018. Since that impressive victory for Ramirez, he’s reeled off three straight successful title defenses in beating Antonio Orozco, Jose Zepeda and Maurice Hooker.

“I’m focused and will stay training and ready. Our nation’s safety must come first. We will all get through this,” said Ramirez.

It’s good that Ramirez is understanding of the situation with his title defense against Postol getting postponed for the second time, considering that there’s nothing Top Rank can do about it. They can’t take the fight out of the country to escape the coronavirus. The virus is pandemic and has reached every country. 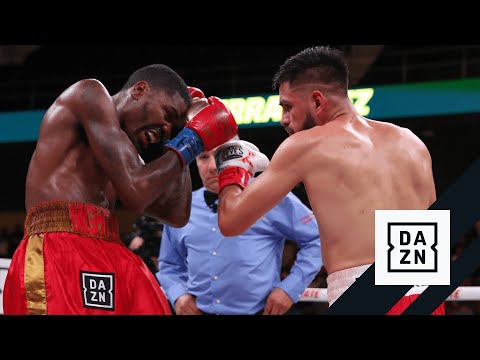