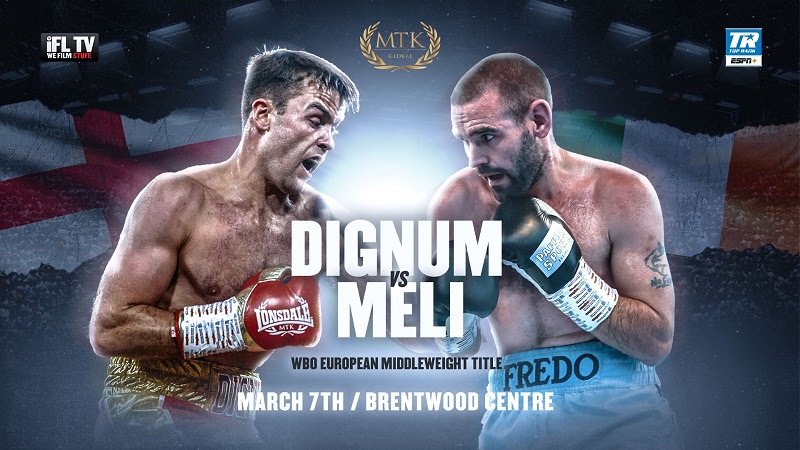 By Ian Aldous: This Saturday night, two undefeated middleweights headline an MTK fight night live from the Brentwood Centre. Danny Dignum (12-0) fights in front of his home fans and defends his WBO European title against Belfast’s, Alfredo Meli (17-0-1). The fight also doubles as an eliminator for the British 160lbs championship.

Meli will be looking to upset the local fans and not only take the WBO European title from Dignum but also his World ranking. A win for either boxer gets them a step closer to the current WBO 160lbs king, Demetrius Andrade.

The measuring stick to pick a winner lies in common opponent, Conrad Cummings. Meli drew with the Northern Irishman back in 2015, whilst Dignum stopped him in the fifth round last year. The winner will almost certainly earn a big fight later this year.

Also featuring in competitive bouts on the undercard:

You can watch all the action live in the U.S. on ESPN+ and worldwide on IFL TV.

« Joshua and Pulev battle on June 20 in London