Brook vs. DeLuca: Is Mark too dangerous for Kell? 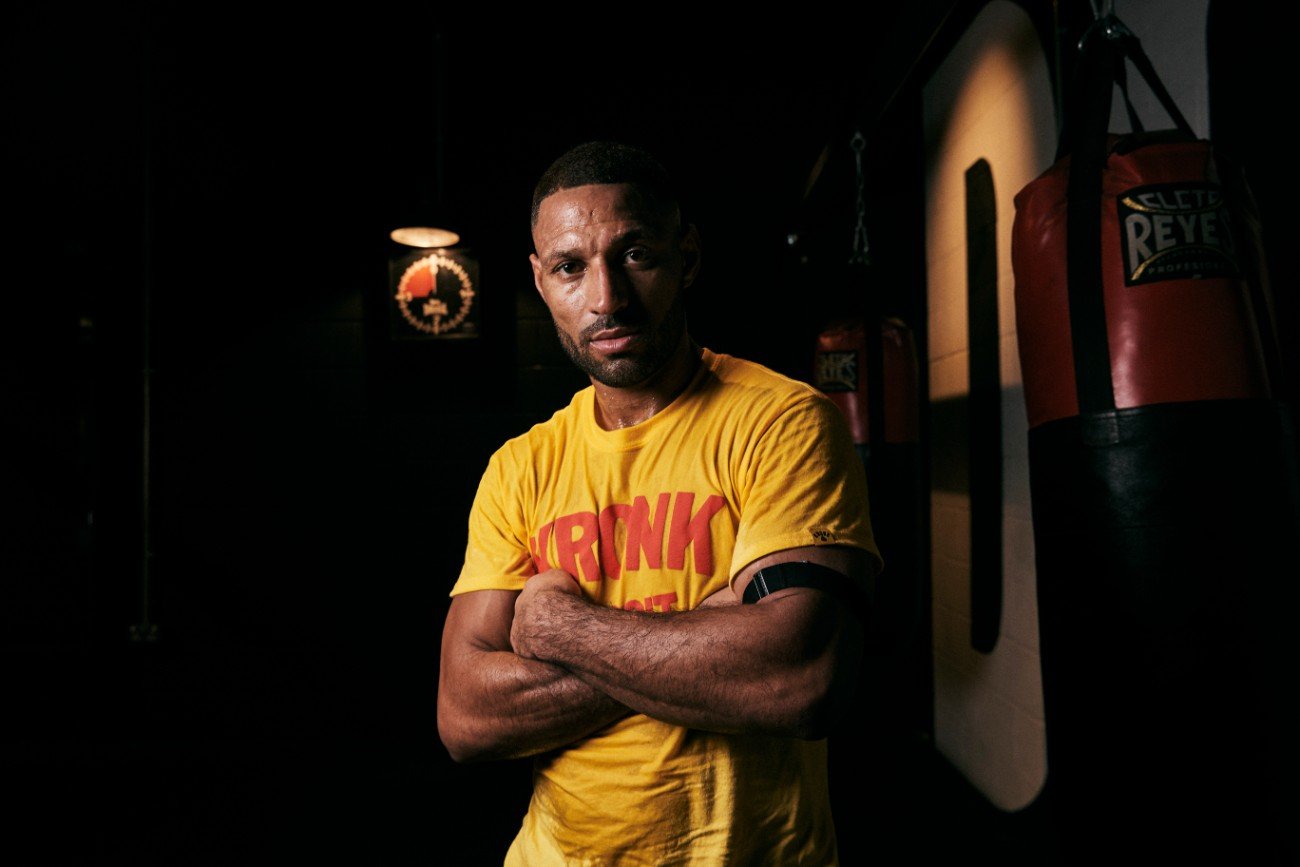 By Kenneth Friedman: Kell Brook will be trying to save what’s left of his shattered career this Saturday night against Mark DeLuca at the Sheffield Arena in Sheffield, England. A victory for Brook will signal to him and his promoter Eddie Hearn that he’s ready for a bigger test against one of the world champions at 154 or at the very least a top 5 contender.

This is a make or break fight for Brook. If he loses it’s going to be bad for him. The fact that Brook is spending greater amounts of time out of the ring, it suggests that he’s lost his love for boxing, and lacks the confidence he once had.

Will Brook retire if he loses to DeLuca?

If Brook struggles and wins a really tough fight against DeLuca, he’s going to need to make a decision about whether it’s wise for him to continue. On the flipside, a loss for Brook will surely be a clear signal that he needs to hang up his gloves for good before he gets hurt.

Unfortunately, it’s not likely that Brook will consider doing that, because he’ll still be holding hope for Amir Khan giving him a cash out fight. Knowing Khan, he’ll use Brook’s loss as an excuse to continue avoiding him. Khan doesn’t need money, so he’s not going to take the fight with Brook, even though it makes financial sense for him to take that fight while he still can.

Given Brook’s failures in the past when he’s tried stepping it up against higher level opposition, it’s scary to imagine what could happen to him if he fought one of the talented junior middleweights. But at Brook’s age, he doesn’t have time to slowly bring himself back. He’s not Floyd Mayweather Jr. or Manny Pacquiao, who have been able to fight at a high level even at an advanced age

If Brook loses to DeLuca, there’s going to be a lot of finger pointing about the decision to take on a good opponent after a 14 month layoff. Brook has presumably done a lot of sparring in preparation for this fight, and he should have a good idea if he’s ready for this kind of test.

Kell’s career derailed by injury losses to GGG and Spence

Brook (38-2, 26 KOs) has seen his once promising career disintegrate due to eye injuries in stoppage losses to Gennadiy Golovkin and Errol Spence in fights that he arguably should have never taken in the first place.

His eye injuries are a thing of the past, but he finds himself no longer young at 33. He’s taking a risky warm-up fight against a heavy handed junior middleweight contender in 31-year-old DeLuca (24-1, 14 KOs).

Brook insists that he’s in great form due to him putting 100 percent effort into training camp for this fight, and he’s not worried about tiring. The combination and injuries have led to Brook’s downfall in his losses to Golovkin and Spence. The fight with Spence was a winnable one for Brook if he hadn’t suffered an eye injury around the 5th round in their fight in 2017.

In Brook’s last fight against Michael Zerafa in 2018, he looked sluggish in laboring hard to beat the 26-year-old, and made it a hard fight. Zerafa is a tough fighter, but he’s not someone that would last long against any of the top fighters at 154 or 160. Young Zerafa was putting hands on Brook throughout their fight, and it turned out to be grueling one for Kell.

At the end of the fight, Brook’s face looked beat up, and he clearly had gone through pure agony in getting the win. That fight should have been a big hint that Brook needed to rethink the idea of him fighting at junior middleweight. He’s just not rugged enough to fight in the 154-b division against guys that have larger frames, and are suited to the weight class than Kell.

Brook has only lost to the best

Brook has only lost to two talented fighters during his career in Spence and Golovkin, but he’s only 3 quality fighters in his entire career. Kell almost lost to Shawn Porter in their fight in 2014. If Brook loses to DeLuca, then he’ll have lost to someone who isn’t one of the best.

Two years ago, DeLuca lost to little known 36-year-old Walter Wright (17-8, 8 KOs) by a 10 round unanimous decision. Although DeLuca avenged the loss in beating Wright by a 10 round decision, it was a close fight that he almost lost.


« Tyson Fury wants to SLUG with Deontay Wilder, not box