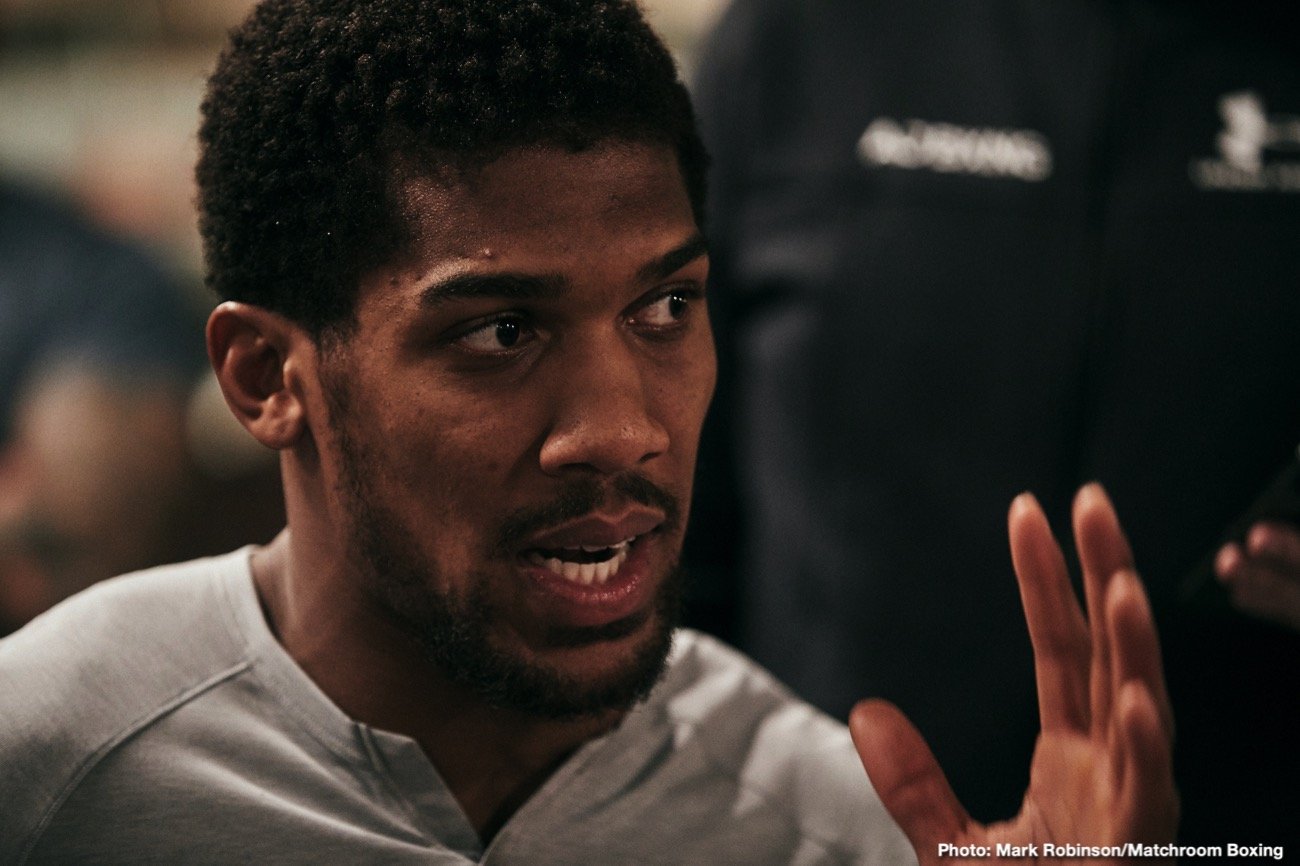 By Matt Lieberman: Adam Smith of Sky Sports believes Anthony Joshua hasn’t proven that he’s the #1 heavyweight in the world despite him holding more titles than Deontay Wilder and Tyson Fury.

Joshua’s boxing fans might not like that Adam isn’t ready to call him #1, but that’s the way he is. Smith calls them like he sees them, and he doesn’t see Joshua as the #1 heavyweight. Although Joshua did redeem himself last month by beating Andy Ruiz Jr., he didn’t beat him at his best. Ruiz was admittingly out of shape due to him having failed to train hard.

Smith says he thinks that Fury, who calls himself the lineal heavyweight champion, thinks he deserved a win over Wilder in their previous fight in 2018. But with Wilder’s huge knockout wins over Luis Ortiz and Dominic Breazeale in 2019, he’s made a case for himself to be the #1 heavyweight.

Joshua (23-1, 21 KOs) just regained his IBF, WBA and WBO titles with a win over Andy Ruiz Jr. on December 7. AJ now has two mandatory defenses that he must take care of against Kubrat Pulev and Oleksandr Usyk before he can look to take on the Wilder-Fury 2 winner.

There’s a good possibility that Joshua will get rid of IBF or WBO belt, so that can be less encumbered from taking on whoever emerges as the winner of the Wilder vs. Fury II rematch.

“There’s a lot of that, and there’s a lot of money to be made between them,” said Smith to Behind The Gloves in talking about Wilder, Joshua and Fury. “Who will be the last man standing? No one can predict at the moment. Is Joshua #1 in the world? Not in my opinion. I thought Fury beat Wilder. So you got to go with Tyson Fury, but Wilder has come back this year with two stunning knockouts,” said Smith.

“You can argue he’s #1 in the world. It’s always going to be subjective, and a big debate,” said Smith in talking about who the #1 heavyweight is in the division. “Until we get a round robin, and they all fight each other, we’re never going to find out the answer, are we? My guess is anyone on any given night can win it, and that’s what we want to see,” said Smith.

The knockout loss that Joshua suffered last June against Ruiz Jr. makes it difficult to view him as the #1 heavyweight. Joshua did get revenge for his loss by beating Ruiz, but the American was out of shape. Ruiz looked like he didn’t train properly for the Joshua rematch.

“We want to see great fights, and we want to see the heavyweight division to be unified,” said Smith. “We want to know who is the last man standing, but AJ has had a topsy turvy year. He’s come back on top, and that’s great for boxing. Andy Ruiz will come back. I’d love to see him in with Dillian Whyte.

“I think that would be a great fight, but Dillian deserves a world title shot,” said Smith. “So there’s a lot happening. Let’s look at the young blood that’s coming. The Dubois, and the Joyces. There’s so much out there. It’s great.”

Smith is echoing Matchroom Boxing promoter Eddie Hearn’s opinion in wanting to see Andy Ruiz Jr. take on Whyte when he returns to the ring. It’s not likely to happen though, because Andy lost his last fight to Joshua. He and his management aent going to want to take on a dangerous heavyweight like Whyte with him coming off of a loss to Joshua.

Whyte is the WBC mandatory challenger to Wilder, and the World Boxing Council has already said that Dillian can fight for their title in 2021. That’s a while from now, but at least it’s a title shot that’s guaranteed for Whyte.

Joshua, Wilder and Fury respect each other

There’s no animosity between the BIG three top heavyweights in the division. The three respect each other, and they know that they’re easily the best of the bunch.

Wilder had a bad experience against Fury in in 2018, and he doesn’t want to repeat that. He was missing badly with his right hand all night long, and his way to losing the fight in the last four rounds. If not for Wilder dropping Fury twice, he would have likely lost a one-sided 12 round decision.

The respect is going to go out the window on February 22 when Wilder and Fury get back in the ring to fight each other. Both guys are going to be looking to take each other’s heads off. It’s going to be interesting to see if Fury will fight in a more aggressive manner than he did in their first fight.

Fury used a lot of movement, and he didn’t stay in the pocket long enough for him to get the win. 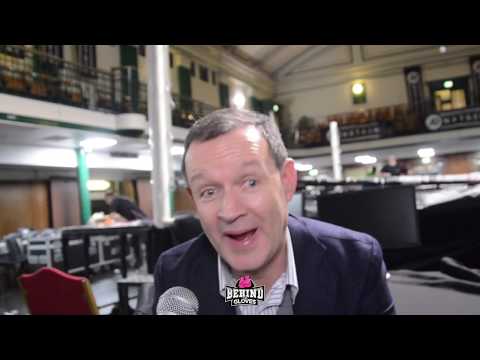 Teofimo Lopez – ‘I don’t leave it to the judges’ »