Jose Ramirez vs. Viktor Postol fight postponed due to Coronavirus in China 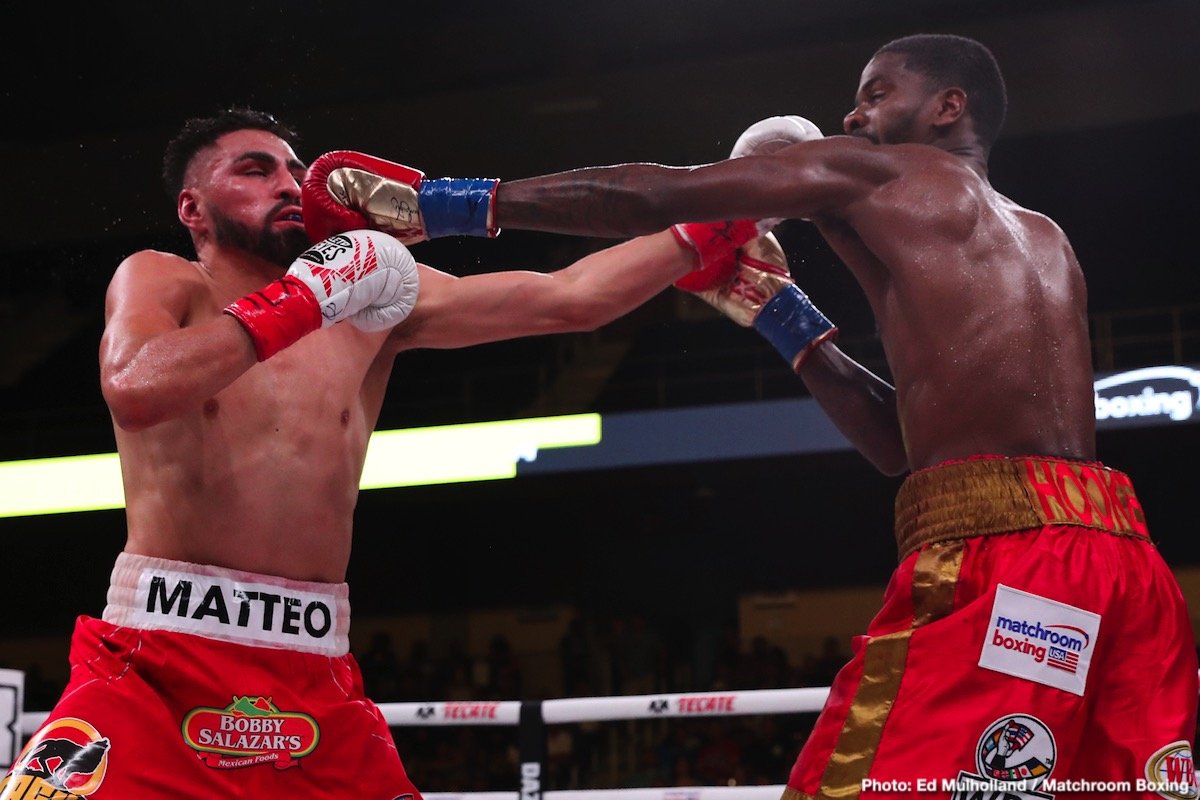 By Chris Williams: The February 1st fight between WBC/WBO 140-lb champion Jose Ramirez (25-0, 17 KOs) and challenger Viktor Postol (31-2, 12 KOs) has been postponed due to a coronavirus outbreak in China. Bob Arum of Top Rank isn’t too happy with the fight being postponed, says @MikeCoppinger.

Arum doesn’t want to be put in quarantine after traveling to China, and then wind up missing the Deontay Wilder vs. Tyson Fury 2 rematch, and who can blame him?

The fight was supposed to be taking place at the Mission Hills Haikou in Hainan, China. ESPN was set to televise the fight. But instead, the Ramirez vs. Postol fight will be postponed until a later date.

“I have a big fight coming up, what if they f—- put me in quarantine, I’m going to miss (Wilder-Fury 2) because of this cockamamie disease?” Arum said to @MikeCoppinger.

Ramirez vs. Postol could take place sometime later, possibly as late as May. That would be bad news for Ramirez, because the fight will eat a good portion of 2020.

Hopefully, the money that Ramirez gets for fighting in China is worth the delay in getting the fight done. If not, then he’ll have wasted potentially 3-4 months waiting just so he can fight in China against a guy that U.S fans aren’t excited at seeing him fight.

Postol, 36, is a good fighter, but he was beaten recently by Josh Taylor, and the only guy only name guy that he’s defeated during his career was Lucas Matthysse. That fight came late in Matthysse’s career when he was in his mid-30s, and not the same fighter he once was.

Ramirez vs. Postol postponed until a later date

“The health and safety of our fighters and everyone working on the event is the most important thing,” said Top Rank chairman Bob Arum. “We hope the situation is brought under control soon. We look forward to staging events at Mission Hills Haikou in the very near future.”

While it’s interesting for Top Rank to take some of their fights to far away lands, it’s not always a great thing. Not only is a real negative for the boxing fans of the fighters to be put in a situation where they need to travel long distances at great expense to see their favorite fighters, then you get stuff like this with an outbreak of coronavirus.

The last thing fans, the fighters or other people need is to get seriously sick traveling to see a fight that arguably should have been done locally.

What really hurts is the delay in the Ramirez-Postol fight will now delay the making of the Ramirez vs. Josh Taylor unification fight.

“Ramirez is a two-belt champion, undefeated, a former Olympian, does great work in the community, and no one talks about it, and he knows that” said Mark Kriegel to ESPN. “This is the first step for him getting the recognition he feels he deserves.

“First he beats Postol in China, and then the unification bout with Josh Taylor,” said Kriegal on Ramirez. “That’s the really interesting thing for me,” said Kriegal about Taylor. “You saw that [Regis] Prograis-Taylor fight, which I thought was conducted at such a high level for 12 rounds.

“The only guy that had as good a night as Josh Taylor was his now former trainer Shane McGuigan. He split with Barry McGuigan, his promoter. So he’s got to look for a new trainer, but Shane was a huge asset in his corner. Where does he go to replace that?” said Kriegal.

Ramirez, 27, needs to get this title defense against the light hitting #1 WBC challenger Postol out of the way so that he can fight Josh Taylor. It’s too bad that Postol didn’t have to prove himself against Regis Prograis before fighting Ramirez, since it would have given him a chance to actually earn the fight.

For Postol to get the title shot against Ramirez, he recently beat these no name guys:

Before fighting them, Postol lost to Josh Taylor by a 12 round decision in 2018. Postol has lost 2 out of his last 5 fights. his other defeat came at the hands of Terence Crawford in 2016.

“Ramirez is a pressure fighter. He wants to get inside his kitchen, and test his body,” said Bradley. “I’m just looking forward to the [Josh] Taylor and Ramirez, and if Ramirez wins this fight against Postol, that’s the fight I’m looking forward to in the Taylor-Ramirez fight. Taylor is a very talented fighter.

“Going back to his match against Prograis,” said Bradley on the Taylor vs. Prograis fight. “He had a fantastic game plan, and he executed his game plan well. I love the fact that he’s with Top Rank. We can make that unification bout.

It’s a no-brainer that Ramirez will beat Postol, because he’s got everything in his favor; youth, power, speed and workrate. If Ramirez doesn’t win this fight against the lanky 5’11” Postol, it would be a major shock to the fans.

Ramirez will have it tough trying to stop Postol

“He’ll have to do, Ramirez, that Crawford or Josh Taylor weren’t able to do, and that’s stop Viktor Postol, who won his world title knocking out ‘The Machine’ Lucas Matthysse. So this will not be an easy fight for Jose Ramirez,” said Bernardo Osuna to ESPN.

“We were mentioning Josh Taylor, and he just signed with Top Rank, joining Naoya Inoue, a top pound-for-pound talent coming to you this year. Josh Taylor spoke to our very own Max Kellerman about the move,” said Osuna.

“Josh Taylor brings a lot of hardware to the table, and everyone wants to see a unified champion,” said Osuna. “The last guy to do it was Terence Crawford. Now he [Taylor] Will have a mandatory challenge against Apinun Khongsong.

“The purse bid will be January 24th, and he’ll be looking for a new trainer. “So there’s a lot of changes going on with Josh Taylor,” said Osuna. Josh Taylor is taking a lot of the O’s from fighters. Regis Prograis was undefeated. We’ll see if Jose Ramirez can get to that undisputed fighter undefeated, top level action,” said Osuna.

It’s not a big deal that Postol beat Matthysse, because the Argentinian had been involved in a grueling fight just before that against Ruslan provodnikov in 2015. That was a difficult fight for Matthysse despite him winning.

Ramirez probably won’t be able to knockout Postol, given how hard it is to hit him with shots. Postol is so tall, and he uses his height well to keep his opponents at range. The 5’10” Ramirez is only an inch shorter than Postol, and his reach is close to his.

“I have proved I’m #1 in the [light welterweight] division, and the other fighter there that has two other belts in Jose Ramirez,” said Taylor to ESPN. “Obviously, I would like to go and fight him next, as soon as I can. I have always want a big challenge. So whoever brings the biggest challenge, that’s who I want to face.

“If I win all the belts, and fight whoever wants to come up, and even if I move up myself to 147, and challenge myself at that weight, and win a title up there,” said Taylor. “So the door is wide open for me with huge opportunities either in the UK or America. I’m just looking forward to the future. I can’t wait to get going,” said Taylor.

It would be a good idea for Taylor to schedule a fight, and not just sit around waiting for the smoke to clear from the Ramirez vs. Postol fight. What happens if the coronavirus lingers for the entire 2020 year. Does Taylor just sit and wait? Arum needs to be thinking about changing the location of the Ramirez-Postol fight by bringing it to the U.S in Southern California.