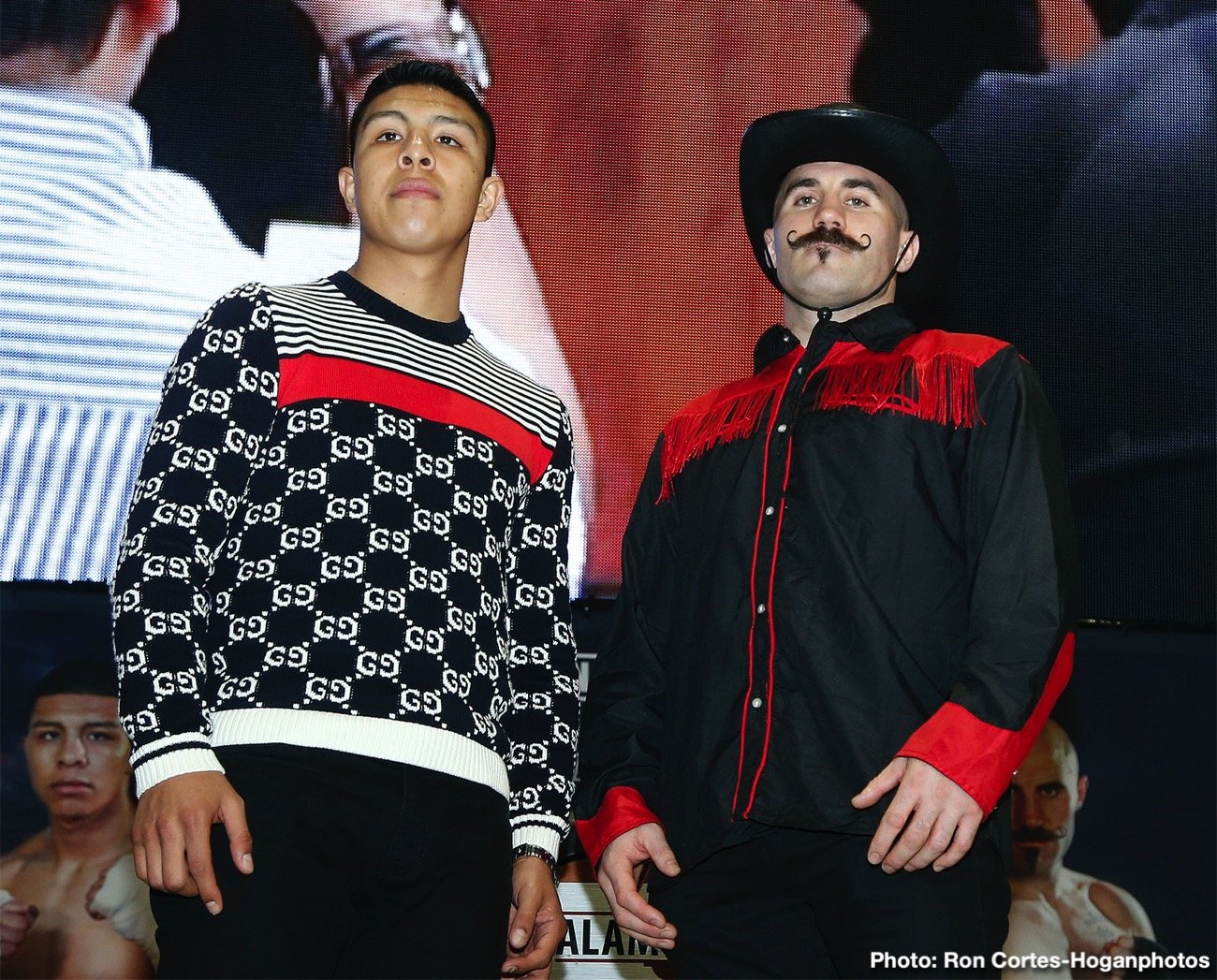 By Mark Eisner: Jaime Munguia will be making his middleweight debut in seven days from now against knockout artist Gary “Spike” O’Sullivan in a 12 round headliner fight LIVE on DAZN on January 11 at the Alamodome in San Antonio, Texas. The former WBO middleweight champion Munguia (34-0, 27 KOs) finally outgrew the 154-lb division, and he’s looking to reinvent himself in the 160-lb weight division.

This is a move that was expected of the 23-year-old Munguia over a year ago, since there’s a lot of money for the Mexican native to make fighting Canelo Alvarez, Gennadiy Golovkin and Jermall Charlo to name just a few.

The 35-year-old O’Sullivan (30-3, 21 KOs) can still punch with a lot of power, and he could give Munguia problems if he’s able to land something big early on. Due to his chin and stamina problems, O’Sullivan’s shot at winning is if he can connect with a big punch on the chin of Munguia in the first 3 rounds. If O’Sullivan fails to hurt Munguia early, he likely won’t be around in the second half of the fight.

O’Sullivan has won his last two fights against Khiary Gray and Gabor Gorbics. Those were good wins for O’Sullivan to help him rebuild his confidence following a 1st round knockout loss to David Lemieux in a shoot out in 2018. O’Sullivan got caught early by the hard hitting Lemieux, and he wasn’t able to recover to survive the first round. That was a winnable fight for O’Sullivan if he’d been able to take Lemieux deep, because he has a history of conditioning issues.

O’Sullivan’s other career defeats have come against Chris Eubank Jr. and Billy Joe Saunders. Those are quality guys, and there’s no shame in O’Sullivan losing to either of them. O’Sullivan staggered Eubank Jr. early in their fight in December 2015, but then he quickly gassed out was stopped in the 7th. That was a fight that O’Sullivan could have won if his conditioning had been there, as Eubank Jr. was on the verge of being stopped early.

”Fighting at middleweight makes Jaime look looser in the ring, faster and at the same time stronger. He’ll be fighting at his natural weight,” said Munguia’s trainer Erik Morales to Fightnews.com. “Munguia is a fighter who will mature both individually and as a boxer.

“He’s 22 years old and still has much to give and learn. He has that natural talent, but at the same time he very quickly gets the instructions and advice we give him, and we have a lot of faith that he’ll achieve his second world championship at middleweight,” said Morales.

NEWS:   Joshua Buatsi vs. Craig Richards this Saturday, May 21st live on DAZN

It’s quite possible that the 23-year-old Munguia can become a two-division world champion if matched against the right belt holder at 160. Right now, Munguia would give WBA ‘regular’ middleweight champion Ryota Murata all he could handle with his size, power and chin.

Murata is a good fighter with heavy hands, but he’s not been hit by anyone at the professional or amateur level with the kind of power that Munguia has going for him. Murata would be forced to take a lot of heavy shots from Munguia over the course of a 12 round bout, and it’s very unlikely that he’ll be able to stay in there with him for long. Munguia has too much raw power, and youth going for him.

Former WBO junior middleweight champion Munguia has picked up some fine wins lately against these fighters:

Munguia has fought 8 times in the last two years alone, showing that he believes in staying active. He’s got the right idea with his career.

Jaime Munguia not ready to face the big names at 160

Those guys have too much experience for Munguia, and it would be asking a lot for him to step up against one of those guys right now. That’s not to say that Munguia couldn’t win against those fighters. He can but he would need to adapt his game to solve different riddles those fighters would show him.


« Shakur Stevenson vs. Josh Warrington deal close for May 16 in Leeds