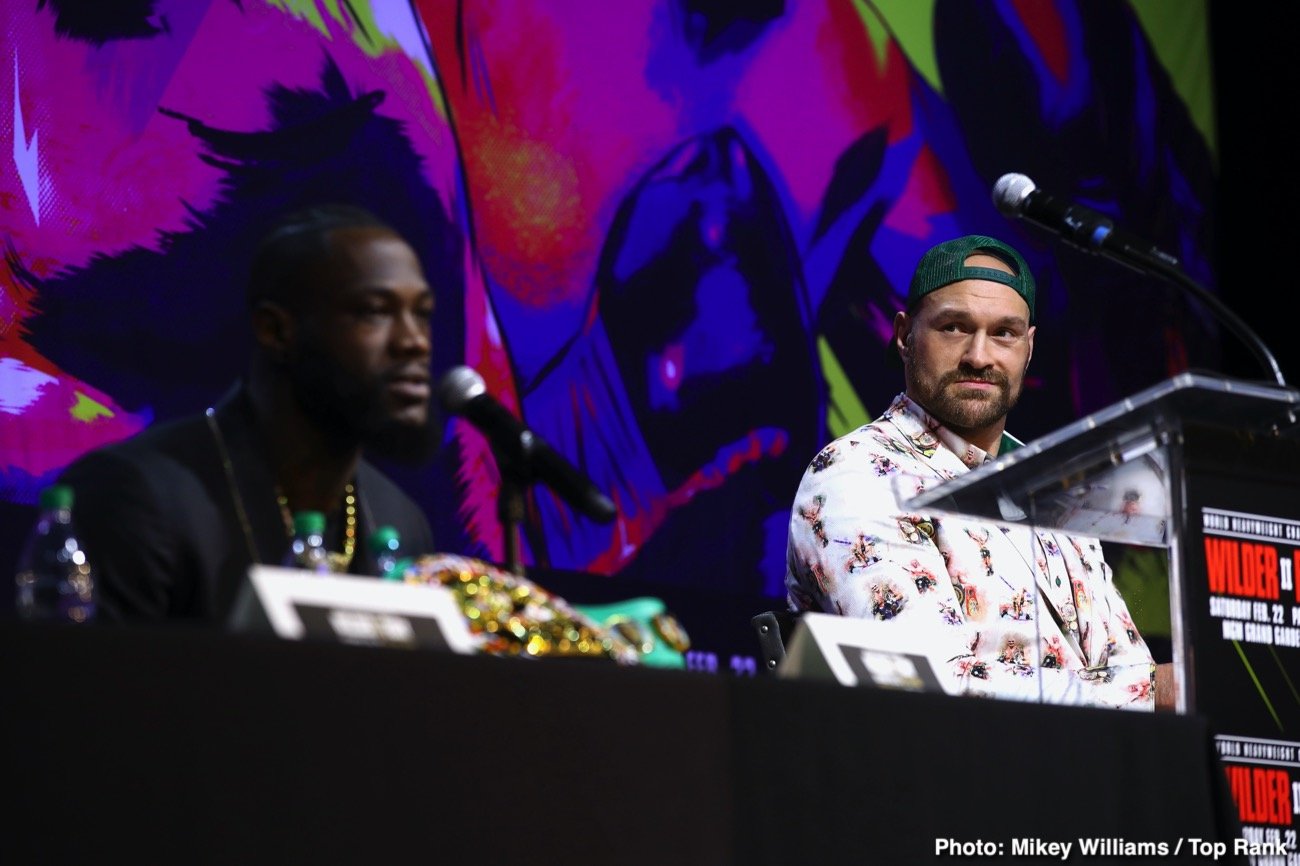 By Scott Gilfoid: WBC heavyweight champion Deontay Wilder isn’t messing around when he defends against Tyson Fury in their rematch on the 22nd of February. Wilder  (42-0-1, 41 KOs) wants to teach Fury (29-0-1, 20 KOs) a lesson that he won’t soon forget by knocking him out, and making sure he doesn’t get any ideas about winning in their trilogy fight later this year.

Wilder thinks there’s a reason why Fury chose not to fight him in an immediate rematch after their controversial fight in 2018. He says that after he got a taste of his power in getting knocked out cold in the 12th, he didn’t want anymore.

So instead of fighting him again, he took two soft opponents that only a handful of boxing fans had ever heard of before. After suffering a horrendous cut against one of those fighters [Otto Wallin], Fury comes into their rematch in six weeks from now with scar tissue over his right eye that could come loose at any moment.

Frankly, it would be a miracle if Fury can make it through training camp in one piece without that cut opening up, causing the fight to be postponed months. How could this have been avoided? Easy.

Fury should have been pulled out of the Wallin fight as soon as he was cut in the third round. Goodness knows to what degree Fury’s cut was worsened due to the decision to keep him out there in the fight.

Wilder planning on being more patient in Fury rematch

“I learned from the first fight that I need to be calmer,” said Wilder. “I’m going to be a lot more patient in this fight, just like in the second Luis Ortiz fight.’

Yeah, it sure would be a good idea for Wilder to be calm and level-headed in the ring with Fury this time. As we witnessed, it didn’t work too well when Wilder was fighting with anger last time he fought Fury on December 1 2018. Although Wilder arguably deserved the victory after he knocked Fury unconscious in the 12th, he gave him and his fans room to complain that he was robbed.

The judges had the scoring as follows:

Gilfoid had Wilder winning comfortably by a 9 rounds to 3 score. All the weak punches that Fury was landing were no comparison to the rock-crushing sledge hammer blows that Deontay was landing each time.

Fury’s lack of power hurt his chances of winning

The judges that failed to give Wilder the win arguably scored the fight like it was an amateur contest rather than a professional match. In the amateurs, judges only focus on shots landing.

They don’t care about power. In the professional ranks it’s different. The judges score fights based on cleaner, more effective and more powerful shots. It was pretty obvious that Wilder was landing the harder blows all night long.

The final punch stats for the Wilder vs. Fury 1 fight:

So basically Fury landed 13 more punches in the entire fight, and those shots were weaker than Wilder’s punches. You don’t beat a champion when you only outland him by 13 shots, and you get dropped TWICE. I hate to say it, but Wilder really got worked over by the judges last time out, and the referee didn’t help him any.

Fury plans on taking Wilder’s right hand away from him

“Like he said, he’s going to be more patient, more relaxed and whatever he’s going to do, and try and land that right hand,” said Fury during Monday’s press conference in LA with Wilder. “Of course, that’s his best weapon, his big right hand to knock me out or whatever. It’s my job not to let him do that. The fact of the matter is, and I’m not going to dress it up.

“If I’m stupid enough to get hit by that big stupid right hand, then I deserve getting knocked out,” said Fury on Wilder. “And he will knock anybody out. As you saw, he hit me with it twice, and bam. I hit the floor twice. It’s not how you hit the floor. It’s how you get back up and respond. He knows he’s not messing with no quitter or not s– house either. I’m a fighting man,” said Fury.

With all the American and British boxing fans paying tons of money, they’re going to be stomping mad if Fury spoils for 12 rounds. Look at all the angry fans from the Anthony Joshua vs. Andy Ruiz Jr. rematch on December 7. That fight was built up to be a war, but instead, Joshua imitated Wladimir Klitschko, and ran from Ruiz for 12 rounds

“I’ve got 20 knockouts in 29 wins. He knows he was rocked three or four times in that fight, but I never had the gas to finish him,” said Fury. “I’ll be honest. I didn’t have the gas. On February 22, you won’t have to go looking for me. Just look out for the right hand.

“You’re going to sleep in two rounds,” said Fury on his prediction of a 2nd round knockout of Wilder. “Two rounds, you’re going down. I had a dream, and I keep having the same dream about round 2. It’s definitely a thing. He’s getting knocked out in 2 rounds, 100 percent. He can laugh about it now, but when he’s on his back, he’ll know what I’m talking about. Round 2,” said Fury.

What on Earth is Fury talking about? He’s not a knockout puncher, and if he tries to score a stoppage over Wilder, he’s going to be putting his chin on the line. We saw what happened last time those two fought when Fury tried to engage with Deontay in the later rounds. Wilder dropped Fury like a bad habit, and had him asleep on the canvas.

Fury is talking about wanting to KO Wilder, but what he’s obviously doing is trying to get Deontay infuriated. That’s Fury’s best chance of winning the fight on February 22. If Wilder is hopping mad at Fury, and starts swinging for the fences in a mad rage, then he could leave himself open to Tyson’s pesky counter shots. Fury has no power, but his shots are annoying, because they get the crowd all hyped up. 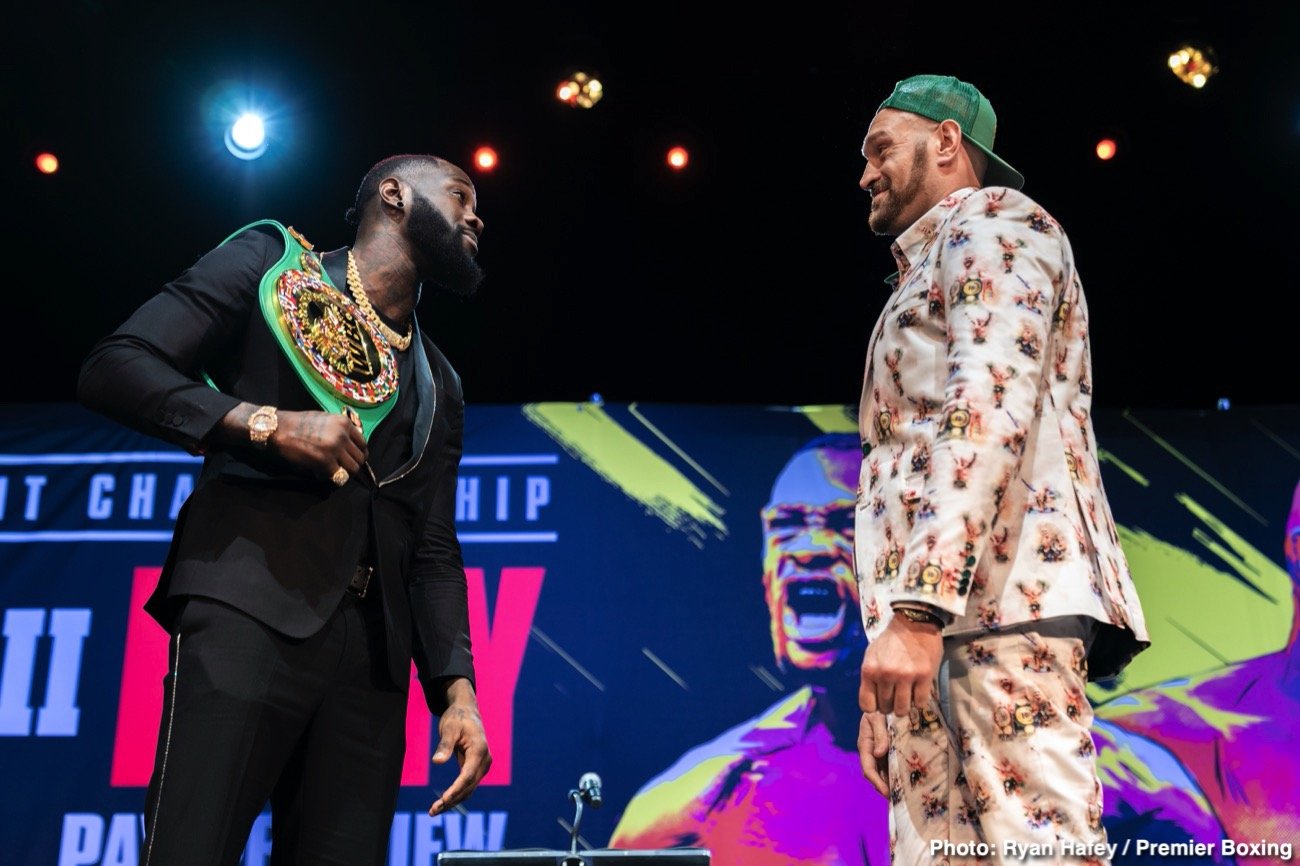 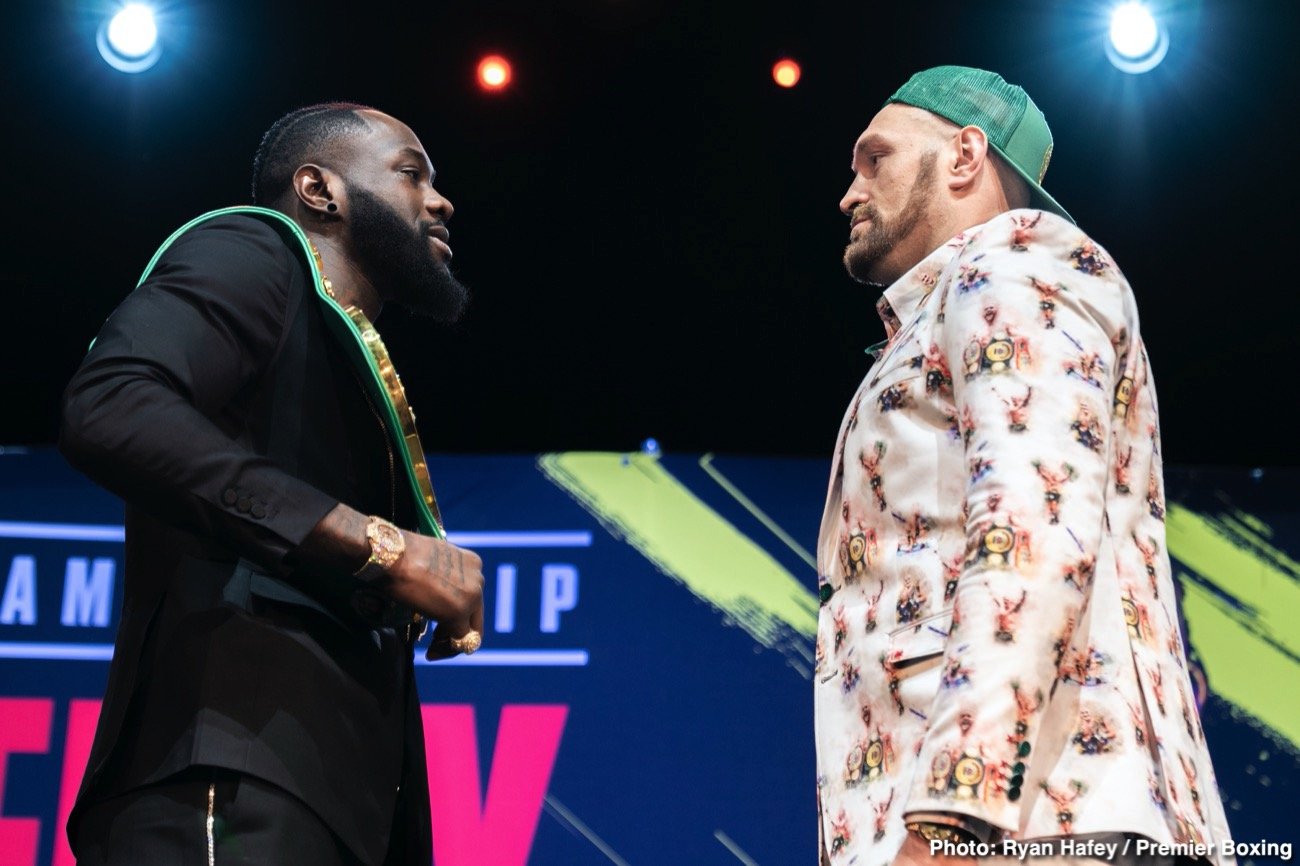 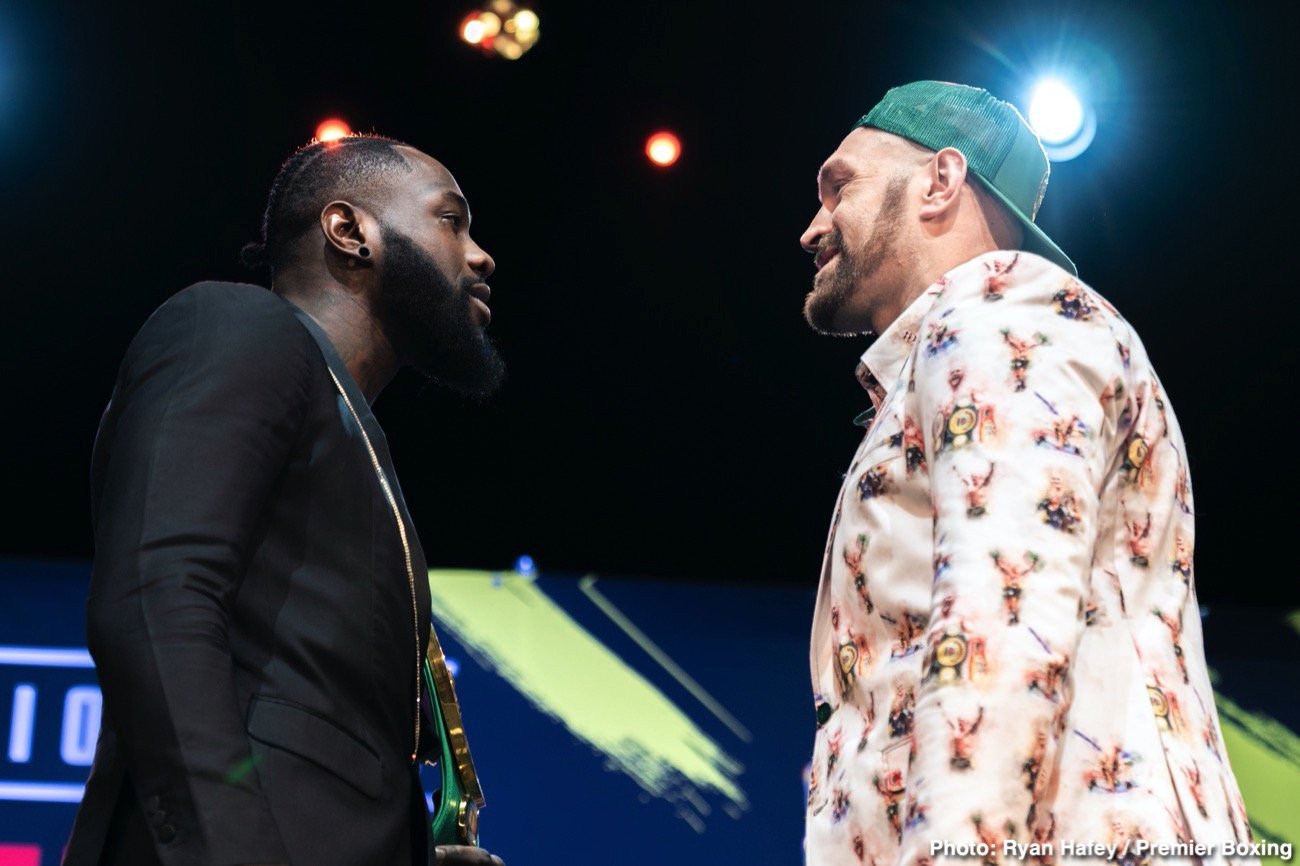