By Chris Williams: Conor McGregor is interested in facing Manny Pacquiao in a boxing event at the new domed Allegiant Stadium in Paradise, Nevada. McGregor, 31, hasn’t boxed since his debut in the sport against Floyd Mayweather Jr. 2 1/2 years ago in August 2017.

McGregor’s boxing skills are so rudimentary, Pacquiao would likely beat him without ever getting out of 1st gear. Indeed, if Pacquiao steps on the gas, he stops McGregor in the 1st round. That would make a lot of people angry though, because they’ll be paying a lot of money to see this fight on PPV.

McGregor revealed at a news conference this week his desire to face the 41-year-old Pacquiao at the Allegiant Stadium, which is still under construction at this time. This is a stadium will will house the NFL team Las Vegas Raiders and the UNLV Rebels college football team.

The UFC star McGregor lost that fight by a 10th round knockout, and a lot of fans were upset at the fight being dull without any real action. Mayweather fought like he was in 1st gear, appearing to take it easy on the novice McGregor until he casually knocked him out in the 10th.

“I would love to be the first combatant to fight in that arena,” McGregor said via ESPN.com. “What a fight that would be against Manny. A small, powerful southpaw. I’d have to figure out the weight and these things. But something that interests me, no doubt.”

For the Pacquiao vs. McGregor fight to take place, they would need to agree on a weight, as well as the purse split, date and venue. McGregor, 5’9″, fights at 155, and he’s considerably heavier than the Filipino star.

The former UFC champion McGregor has done little to keep his MMA career alive since his loss to Mayweather. McGregor got a huge payday in the Mayweather fight, and his activity has dropped off to next to nothing in his UFC fights. The last time McGregor competed in a UFC event, he was beaten by Khabib Nurmagomedov by a 4th round submission at UFC 229 in October 2018. Since then, McGregor hasn’t competed, and he’s been out of the limelight.

This Saturday, McGregor will be taking on Donald Cerrone at UFC 246 at the T-Mobile Arena in Las Vegas. For McGregor to keep his hopes alive for a fight with Pacquiao, he’ll probably need to beat Cerrone. If McGregor loses again, it would make it a tough sell for him to come back to boxing, and push for a PPV fight against Pacquiao. McGregor also wants to avenge his loss to Nurmagomedov.

Mayweather vs. McGregor 2 possible in 2020

There’s also a chance for McGregor to fight Mayweather in a rematch in 2020. Mayweather is expected to return to the ring this year, and a second fight with McGregor is expected to happen. Even if the Mayweather-McGregor match brings in half the numbers of the first match, that would mean over 2 million pay-per-view buys. 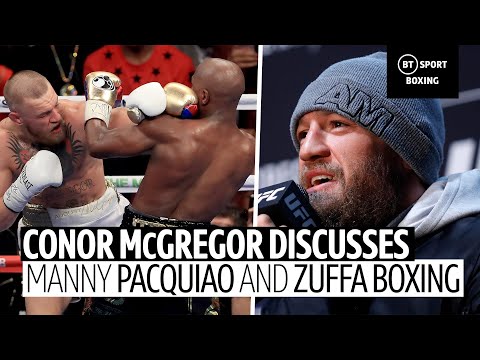 Those are HUGE numbers for this day and age. Since Mayweather retired, the biggest pay-per-view fights in boxing have been the two Canelo Alvarez vs. Gennadiy Golovkin fights, which brought in a little over 1 million buys.

It’s hard to say whether it’s a good thing for MMA guys like McGregor to compete with elite level boxers like Mayweather and Pacquiao. In some ways, it turns boxing into circus events, and cheapens it. McGregor has done nothing in boxing to show that he deserves to share the ring with the likes of Pacquiao and Mayweather.

It doesn’t matter what McGregor has accomplished in MMA, since that’s a different sport. Basically, McGregor fighting Pacquiao is a glorified celebrity match, and not much different from the KSI vs. Logan Paul fight. 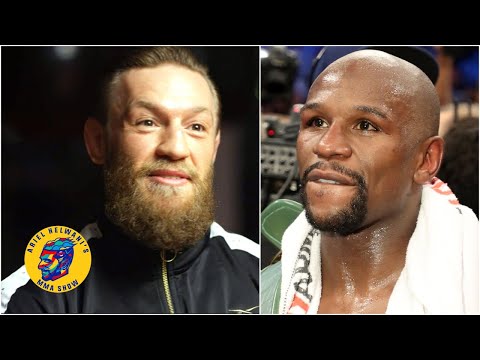