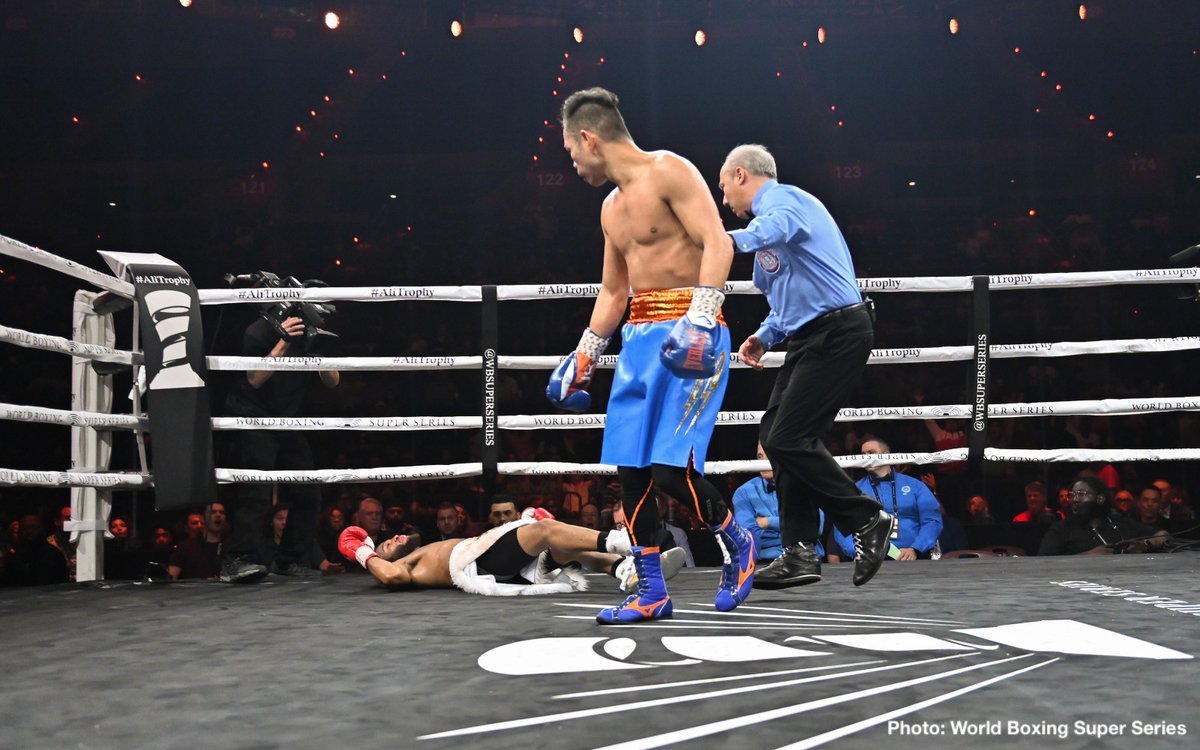 By Jeff Aronow: A purse bid has been scheduled  next week on January 21 for a fight between WBC bantamweight champion Nordine Oubaali (17-0, 12 KOs) and #1 WBC Nonito Donaire (40-6, 26 KOs). The purse bid will be taking place at the WBC headquarters in Mexico.

Donaire is ranked #1 with the World Boxing Council despite having lost his last fight. This is a match that will show whether the 33-year-old Oubaali is for real or not, considering that his resume is thin on talent.

Donaire with experience and power advantage

The France born Oubaali looks good, but he hasn’t fought anyone with major ability yet. Donaire should be a good test for Oubaali. If he deserves to be the WBC 118-lb champion, then he should be able to beat Donaire. Oubaali lacks punching power.

Although Oubaali has knocked out 70% of his opponents, those were stoppage wins over weak opposition. He’s mostly an arm puncher, who stops guys with volume punching rather than with big power shots.

Oubaali is more of a pressure fighter, who wears guys down by throwing a lot of shots. He’s been able to do this because he hasn’t faced a big puncher yet like Donaire. Oubaali will need to adjust his game for him to get a win over Donaire, seeing that he won’t be able to unload on him all night.

We do know that Oubaali is a two-time Olympian, but that doesn’t mean anything. This is the pro game, and what Oubaali accomplished at the amateur level doesn’t necessarily mean he’s going to beat a veteran like Donaire.

This is a fight that should be interesting to watch, as the former 4 division world champion 37-year-old Donaire has a huge advantage in experience as a professional. What we don’t know is how much his grueling fight against Naoya ‘Monster’ Inoue (19-0, 16 KOs) took out of him. Donaire wants a rematch with Inoue, but he’s going to need to beat Oubaali to stay in the running.

Donaire lost a 12 round unanimous decision to Inoue two months ago on November 7 in Saitama, Japan. Nonito took a lot of shots flush from Inoue in that fight, but he also inflicted a lot of damage. Inoue suffered a broken nose a cracked orbital ridge. Doniare’s shots were doing damage to Inoue’s face.

It was fortunate for Inoue that he was able to get out of the way of a lot of the heavy shots that Donaire threw. Had Donaire landed with a higher percentage, he likely would have knocked Inoue out.

Nordine taking a big step up in class

This will be a major leap up for Oubaali to step inside the ring to defend against Donaire. You can’t say that Oubaali needs more seasoning, because he’s 33-years-old, and has fought twice in the Olympics.

The problem for Oubaali is his promoters haven’t put him in with the dangerous bantamweights since he turned pro in 2014. Oubaali hasn’t fought these dangerous fighters:

Oubaali, 33, fought on the Inoue-Donaire undercard last November, and defeated Naoya’s brother Takuma Inoue (13-1, 3 KOs) by a 12 round unanimous decision. The scores were 115-112, 120-107, 117-110. Takuma doesn’t possess the same kind of punching power, speed or talent of his older brother Naoya. After a fast start against Takuma, Oubaali struggled in the second half of the fight.

Oubaali captured the vacant WBC bantamweight title last year in January in beating Rau’shee Warren (16-3, 4 KOs) by a close 12 round unanimous decision. It was far from a dominating performance by Oubaali in beating the 32-year-old Warren, but he got the job done.

In Oubaali’s two successful title defenses of his WBC title, he’s beaten Arthur Villanueva (32-4-1, 18 KOs) and Takuma Inoue. Those are not major talents, but they’re among the best fighters that Oubaali has fought during his short career.

Scott Quigg vs. Jono Carroll on March 7 in Manchester, UK »