Angel Garcia sends message to Pacquiao & Spence: ‘Have contract in ring for Danny’ to sign next Saturday 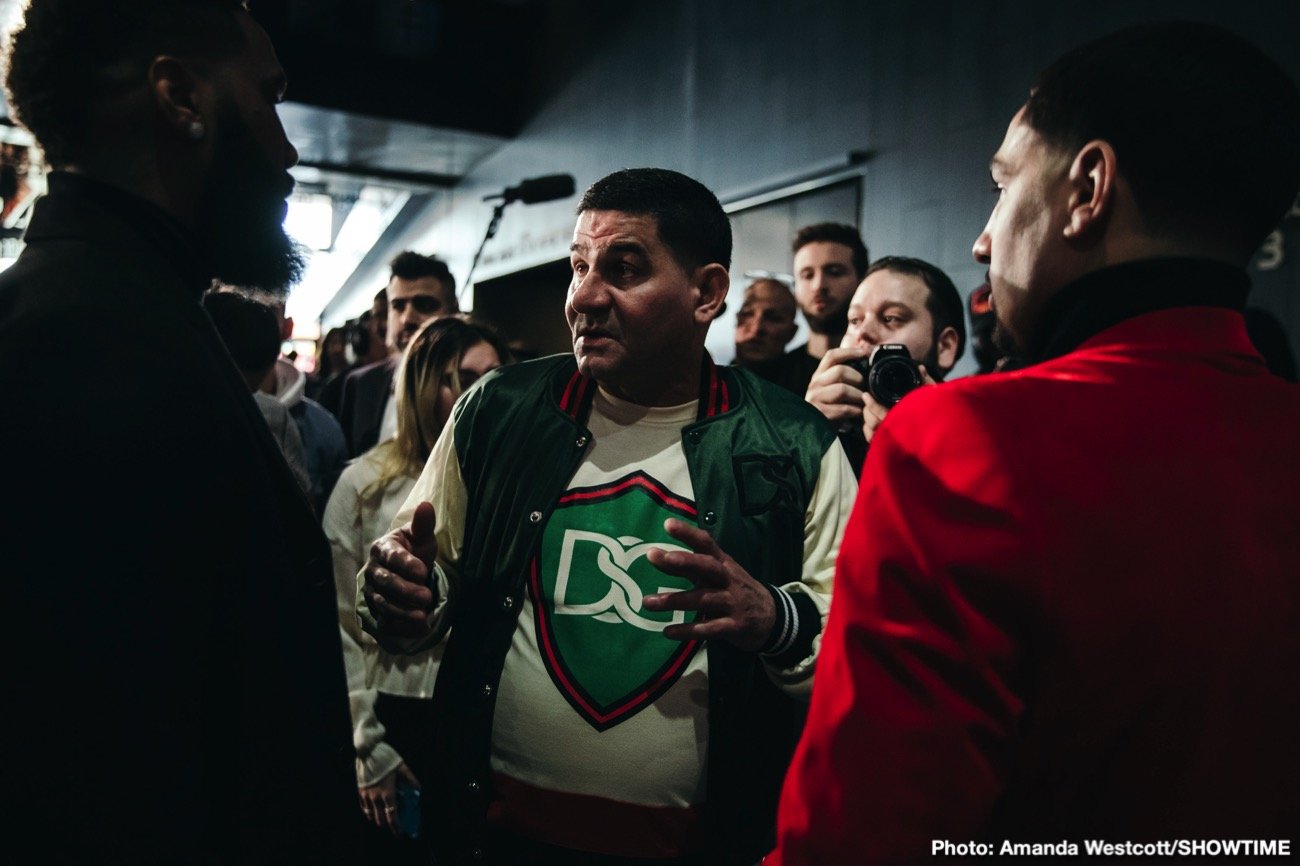 By Jim Maltzman: Angel Garcia wants Manny Pacquiao and/or Errol Spence Jr. to have the contract waiting for Danny Garcia to sign next Saturday night inside the ring if they want to fight him next. Otherwise, Danny and Angel WON’T wait for them. They’ll go ahead and find another opponent to fight.

Trainer Angel says Danny ‘Swift” lost out on a fight date last year waiting around for a fight with Pacquiao (62-7-2, 39 KOs) that never materialized, and they will not make that error again.

It could be a mistake for Danny and Angel to pressure Pacquiao into making a decision right now, since he’s got 2 additional big options. Mikey Garcia and Floyd Mayweather are looming as potential big money fights for Manny in 2020.

The winner of the Garcia vs. Redkach fight will be the mandatory for WBC 147-lb champion Spence (26-0, 21 KOs). It’s a fight that Garcia is expected to win against Redkach, but you never know. Garcia hasn’t looked like the same guy he once since moving up to 147 in 2014. Danny has fought at 147 for 6 years, but he’s failed to prove that he can beat the top guys in the division.

“After Saturday, if they want to do it, if they can listen to this, have the f—- contract in the ring,” said trainer Angel Garcia to Fighthype about Pacquiao’s management needing the contract ready to sign next Saturday for Danny to fight him. “Talk is cheap. That’s what happened last year.

Spence is coming back from a car crash last October, and doesn’t look physically like he’s ready to fight Danny right now. If Angel is waiting on Spence to have a contract ready, that’s not realistic.

Although it would be ideal for Danny to fight Spence right now given the way he looked in his first interview after the crash, it’s a fight that likely won’t happen. Spence is the type that would agree to a fight with Danny, but his management will have input on that.

It would be foolish for Pacquiao to sign for a fight with Garcia right now without him waiting on the Mikey Garcia vs. Jessie Vargas results. Those two are fighting on February 29. A fight between Pacquiao and Mikey would be a big seller on pay-per-view.

Spence should take 2 years off to recover

“Yeah, we want him [Errol Spence].,” said Angel. “Hell, yeah. Why not? Nah,” said Angel when asked if Spence looked fully recovered from his car crash during his recent interview with Fox. They say he lost a couple of teeth.

“If it was me giving advice to him as a friend, I’d say, ‘Two years, buddy,'” Angel said in recommending Spence sit out of the ring for 2 years recovering from a car crash. I would tell him to take off, go enjoy your family and kids, and go look at life differently. I’ll see you in 2 years. He’s young, and he’s not old,” said Angel on Spence.

Errol isn’t about to take 2 years off from his career, because there’s no telling whether he’ll be able to get to where he once was. It’s never a good idea for a fighter to be inactive for prolonged periods of time, especially at the welterweight level.

“Yeah, he looked good,” said Angel when asked if Shawn Porter exposed Spence. “It’s not the blueprint [that Porter created to beat Spence]. The thing is, these fighters, they get pampered where they’re at to build a name.

“Then when you step it up on them, the thing is that he [Spence] ain’t no real killer like that,” Angel continued in talking about Spence lacking toughness. “He ain’t no real killer, and he ain’t been tested. He’s not been real tested like when someone hits you flush.,” said Angel on Spence not having been tested before.

Spence has been tested before in fights with Porter and Kell Brook. He’s got experience, and he’s not just a product of hype. Danny Garcia doesn’t have much more experience than Spence. Garcia’s toughest fights were against these guys: Keith Thurman and Shawn Porter. He lost both of those fights.

Boxing » Danny Garcia » Angel Garcia sends message to Pacquiao & Spence: ‘Have contract in ring for Danny’ to sign next Saturday