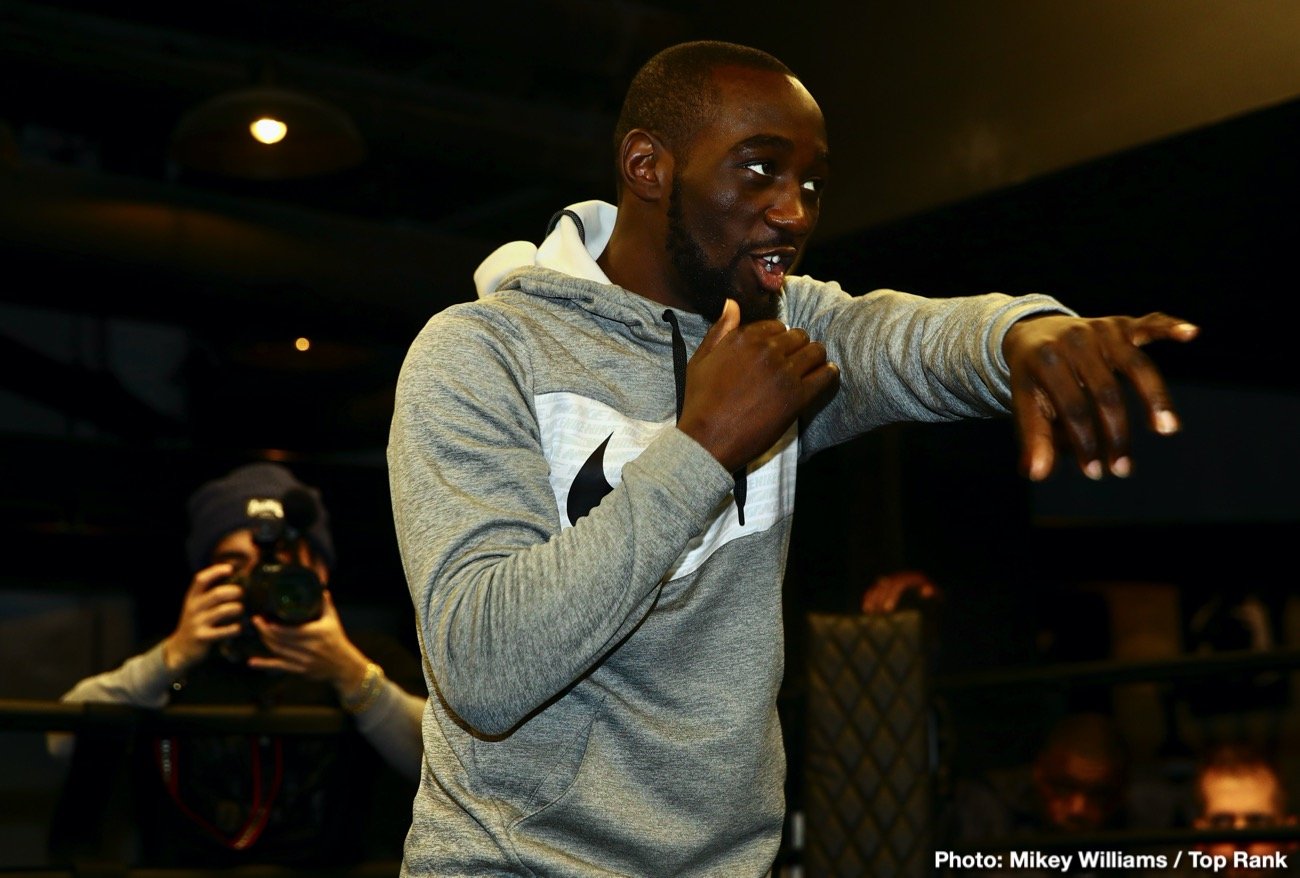 By Chris Williams: A bitter sounding Terence Crawford insists that he’s accomplished much more in his career than PBC fighters Errol Spence Jr., Keith Thurman, Shawn Porter and Danny Garcia, and that he doesn’t need them. Crawford (35-0, 26 KOs) believes that it’s those fighters that need him.

At 32, WBO welterweight champion Crawford’s career is winding down, and he’s probably looking at having 2 to 3 years left in his prime before he fades to the point of oblivion. Those years will fly by though for Crawford, and likely won’t see him facing anyone of note unfortunately.

The last three years of Crawford’s career has gone by quickly, and arguably the best opponent he’s faced during that time was Viktor Postol. He’s not exactly a big name. Crawford lacks a career defining fight, and it doesn’t look like he ever will get one. He can’t call his fights against Postol and little Yuriorkis Gamboa as a huge fight, because there wasn’t huge interest from boxing fans in those contests when they took place.

Crawford doesn’t buy into the argument that he’s not getting the career defining fights because he’s signed with the wrong promoter in Top Rank. He thinks that he Premier Boxing Champions managed fighters simply don’t want to face him.

Crawford uses the scheduled fight between WBC heavyweight champion Deontay Wilder and Tyson Fury as an example of a match where a PBC fighter and Top Rank guy are facing each other. What Crawford forgets is Fury wasn’t with Top Rank or ESPN when he first fought Wilder in December of 2018.

Terence’s talk of accomplishment is about him winning world titles in 3 weight classes. However, he’s NEVER really beat anyone that the boxing public has gotten excited about, and that’s disappointing. Yeah, Crawford captured some paper titles by beating lesser fighters at 135, 140 and 147, but he never beat a real talent. You can argue that every fighter on Crawford’s entire 35-fight resume would lose BADLY to PBC fighters Spence, Danny Garcia, Porter and Thurman. That’s the reality of it. Crawford hasn’t fought the elite level guys throughout his career, and he’s been professional for 11 years now. If Crawford’s career continues the way it has, he’ll be in his 40s in eight years from now and STILL without a career defining fight.

These are the fighters Crawford defeated to win his world titles:

All of those guys would likely be destroyed by Porter, Spence, Garcia and Thurman. Would Postol hold up under the fire power of Errol Spence? That’ a big NO. The same with Burns, Dulorme, Indongo and Horn. Given the opposition Crawford has faced, you have to view him as a fighter that has never won a true world title, because this opposition has been so dreadfully poor.

Crawford has won world titles, but look at the guys he’s faced. None of them were great fighters and NONE of them would be capable of winning a world title right now. You can’t match Postol against Regis Prograis, Jose Ramirez or Josh Taylor and expect him to beat them, can you?

And it’s not the media to blame for Crawford being on the ‘wrong side of the street.’ Crawford is getting confused on the subject. It’s him being with the wrong promotional company. The media is trying to help Crawford by letting him know WHY he hasn’t gotten the big fights. Instead of acknowledging that the media is probably right, Crawford is being resistant, and blaming them.

It worked out well for Bradley though, because he was able to fight Manny Pacquiao three times. Pacquiao was signed with Top Rank when those fights got made. Crawford doesn’t have a big name with Top Rank for him to fight though, so he’s not getting the fights against the popular welterweights that are signed with PBC. Instead of fighting Thurman, Spence, Garcia and Porter, Crawford is fighting these guys:

“That just shows they can do business together, because those two fighters [Wilder and Fury] want to fight each other,” said Crawford about the PBC managed Wilder and Top Rank promoted Fury. “I’m pretty sure they said, ‘Make the fight happen,’ and that’s how the fight happened.

WBC heavyweight champion Wilder is with PBC, and Fury with Top Rank. However, when those two initially fought, Tyson WASN’T with Top Rank. Since their fight last year ended in a controversial draw, Wilder wanted to clear that up. Moreover, Fury is the only other big named heavyweight that wanted to fight Wilder. He couldn’t get a fight against Anthony Joshua due to the inability to negotiate a fight with the British heavyweight.

“You look at us fighters and say, ‘He’s not fighting a top opponent,’ and you really haven’t done your history on the opponent,” said Crawford in talking about his belief that Kavaliauskas is a good fighter despite him having recently been held to a draw against fringe contender Ray Robinson.

“I look at Egidijus as a good opponent, a quality opponent. He’s a two-time Olympian, he’s never lost before. He has a close fight with Ray Robinson, but Ray Robinson is an awkward fighter. He knows what he’s doing in there, and it makes for a great fight,” said Crawford.

Many of the media members aren’t excited about Kavaliauskas as Crawford’s opponent for this Saturday, and for good reason. Kavaliauskas, 31, has been a professional for six years since 2013, and the only recognizable name on his resume is 33-year-old Robinson, and he couldn’t even beat him.

Kavaliauskas fought to a controversial 10 round draw against Robinson last March in Philadelphia. A lot of boxing fans had Robinson winning a clear decision. For that reason, it’s hard to agree with Crawford with his opinion that Kavaliauskas is a good opponent. He’s arguably a big step down from Crawford’s last foe Amir Khan, who he beat by a sixth round injury stoppage last April. 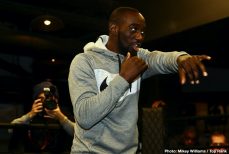 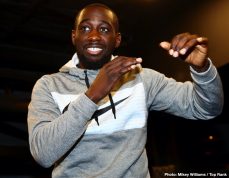 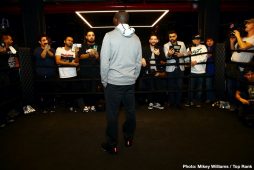 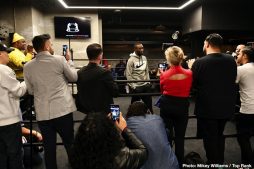 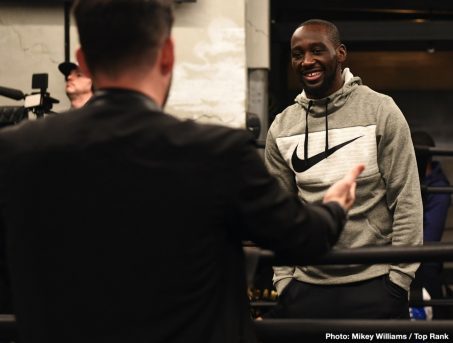 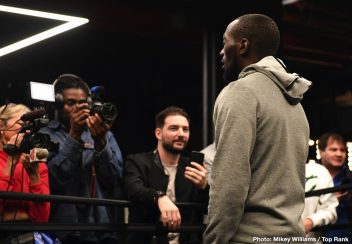 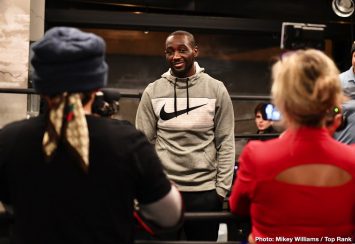 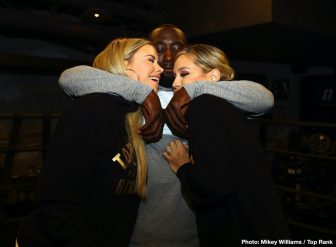 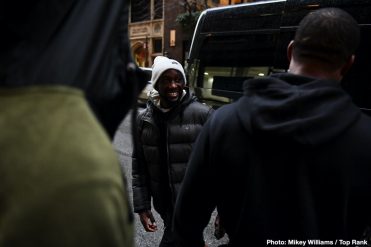 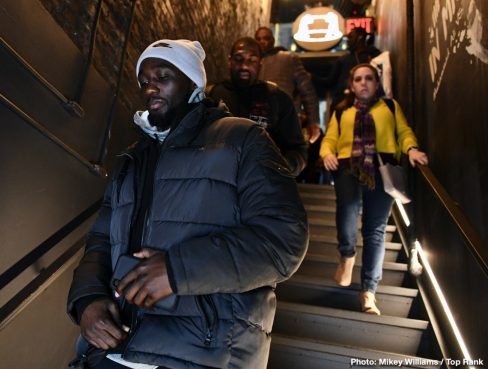 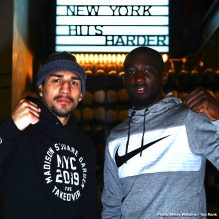 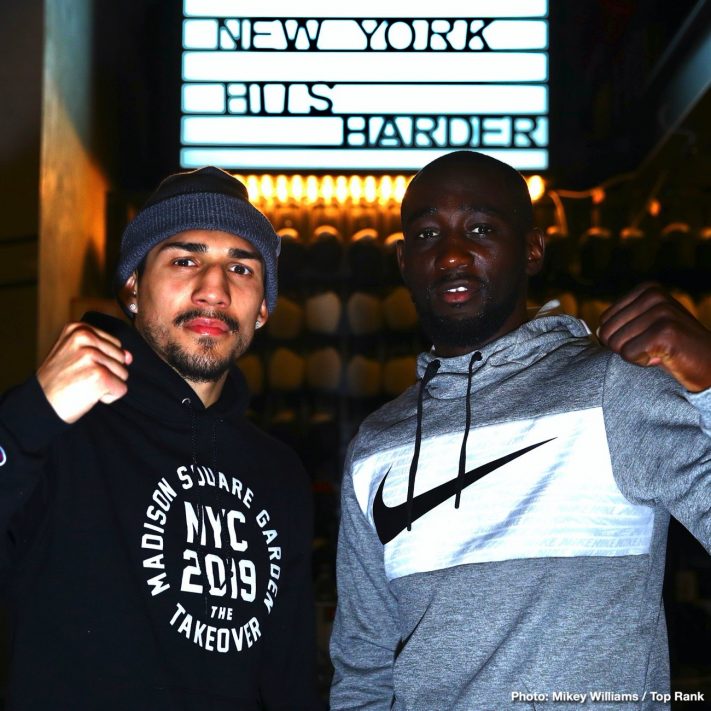