Ryan Garcia vs. Francisco Fonseca in the works for Feb.14

By Kenneth Friedman: A deal is in the works for unbeaten lightweight contender Ryan Garcia to face the always tough Freddy Fonseca on February 14th at the Honda Center in Anaheim, California, according to @StevESPNKim and @MichaelBensonn.

The unbeaten Garcia (19-0, 16 KOs) is being moved quickly by his promoters at Golden Boy Promotions because they see him as a future superstar. In his last fight, he defeated Romero Duno by a surprising by a 1st round knockout on November 2 on the Canelo Alvarez vs. Sergey Kovalev undercard. Few boxing fans expected Ryan to dispatch the normally study Duno in the 1st round, but he overwhelmed him with his quickness and accurate punching.

Ryan’s new trainer Eddy Reynoso is making big progress in improving his game, and polishing the already superb skills that he started with. It helps that the young Garcia is able to train along side boxing great Canelo in the same gym, and get pointers. It’s almost like Ryan has two trainers at times.

Fonseca (25-2, 19 KOs) is an excellent fighter from Nicaragua, and he’s got experience going for him. He lost to Gervonta ‘Tank’ Davis by an 8th round knockout in 2017 in a competitive fight. Fonseca gave Davis all kinds of problems with his inside work, and his body shots.

He appeared to hurt Davis on a couple of occasions with punches to the midsection that had him holding on.  Last December, Fonseca lost a 12 round unanimous decision to IBF super featherweight champion Tevin Farmer. Fonseca landed a lot of shots on Farmer, but ultimately he didn’t have the boxing skills to match him for the full 12 rounds

Also on the card former three division world champion Jorge Linares (46-5, 28 KOs) potentially facing Carlos Morales (194, 8 KOs). There were recent rumors that Linares and Ryan Garcia were going to fight, but that turned out to be false. Linare might be too big of a step up for the 21-year-old Garcia. As it is, Fonfesca is going to be a tough opponent for Ryan, and that could be a competitive fight.

The 34-year-old Linares is going through a rough patch in his career right now with him having lost 2 out of his last 4 fights, but he’s still fighting at a high level. Linares’ defeats came against excellent fighters in Pablo Cesar Cano and Vasiliy Lomachenko in stoppage defeats. 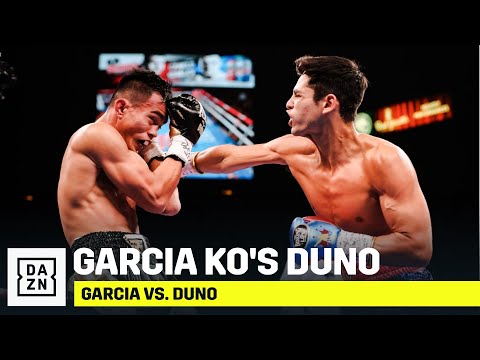 Those are fighters that would have given Linares the same kinds of problems no matter what point in his career. What Linares failed to recognize was how big Cano is when he signed to fight him at 140. Cano is a guy that has fought at welterweight, and he’s got a lot of power. It was clearly a mistake on Linares’ part to fight him in just his second fight at 140.