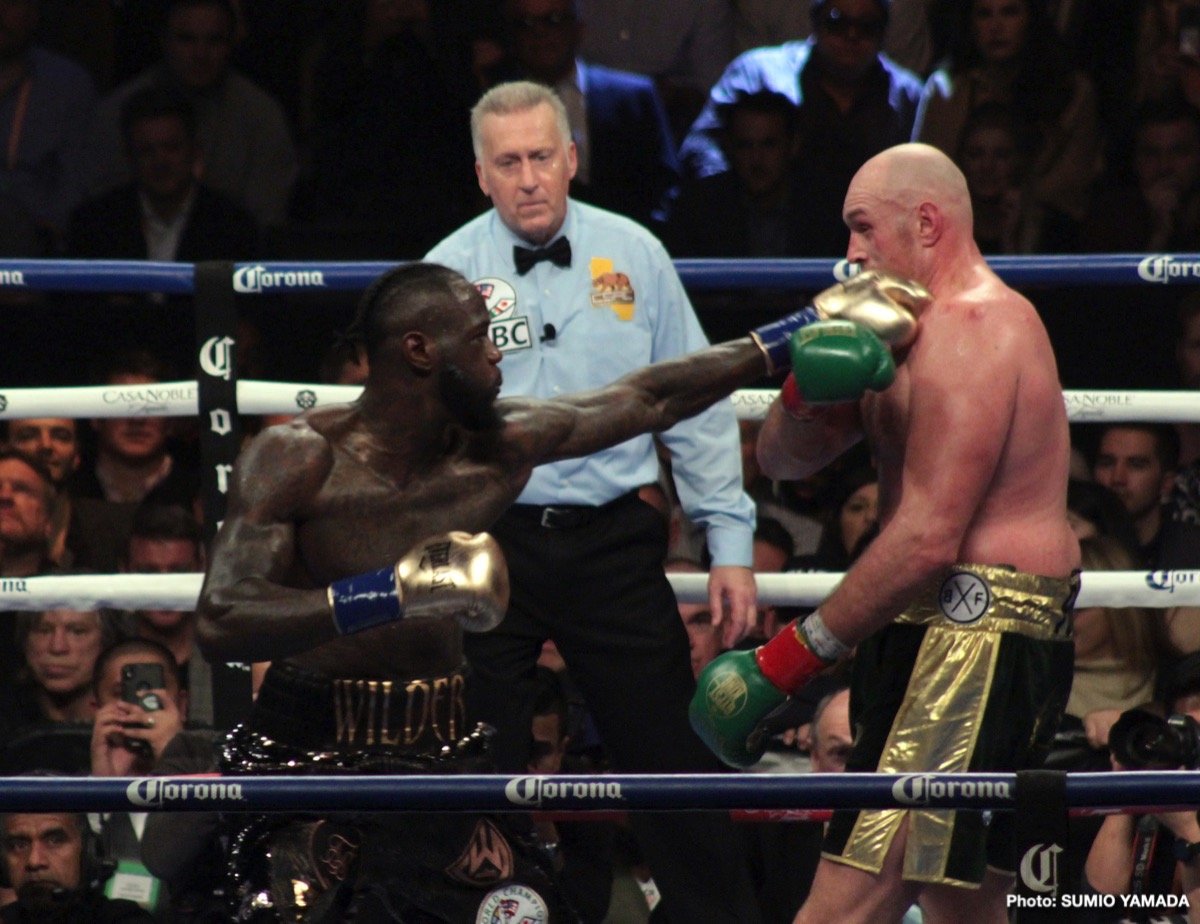 By Chris Williams: Top Rank boss Bob Arum is once against predicting the rematch between Deontay Wilder and Tyson Fury will break the 2 million pay-per-view buy mark for their February 22 fight on ESPN and FOX Sports PPV.

What makes Arum believe the second fight between the two will bring in big numbers is all the advertisement for the rematch. Rather than promoting the Wilder vs. Fury 2 fight the old fashioned way with press conferences, the contest will be advertised during the college bowl games, as well as during the Super Bowl.

Wilder vs. Fury 2 getting massive advertising for their rematch

Given how expensive it is for companies to pay for their commercial advertisements, Wilder and Fury are going getting a great deal in being seen by so many people in the U.S.

“For example, a 30 second commercial during the Super Bowl goes for $6 million U.S dollars. $6 million for 30 seconds, right?” said Arum in continuing to discuss the viewers that will see Wilder and Fury advertise their February 22 fight. “The fighters are going to be on probably for 4 or 5 minutes. You know what that value is? Now you have two giant networks [ESPN and Fox] with much bigger audiences promoting this fight, and talking about this fight.

“Does that mean because the exposure will be greater that it will do the numbers that Mayweather and Pacquiao did, which was about 5 million pay-per-view homes,” said Arum. “I’m not predicting that, but I really believe we’ve got a good shot of going over 2 million [buys], which would make me very happy. Nobody knew who Fury was. He was a joke, the name,” said Arum in explaining why the Wilder vs. Fury did only 325,000 pay-per-view buys last December on Showtime.

With the horde of people watching the college bowl games and the Super Bowl, 2 million buys for the Wilder vs. Fury rematch might be a conservative number. Of course, it’ll depend largely on how well Fury and Wilder come across in the time that they’re given to talk about their fights. Wilder (42-0-1, 41 KOs) has a lot of charisma that Americans love, but with Fury, he has an accent that makes him hard to understand.

As long as Fury doesn’t speak too fast, he should be understood by the casual boxing fans. Sometimes Fury speaks without breaking for a while, and he sounds out of breath. Ideally, Fury should breath while he’s speaking, but sometimes waits until he finishes a thought before he takes a breath of air.

Arum: Will NEVER do a proper press conference for Wilder-Fury 2

“Wilder and Fury are busy pumping the fight in the United States,” said Arum to IFL TV about them selling their February 22 fight. “We have two big college football games. The semi-finals of the championships, and they get massive audiences, and ESPN televises the two of them and the final.

“The one in Atlanta, Deontay Wilder will be there, and across the country in Arizona, Tyson Fury will be over there taking over the telecast,” Arums said. “What that means is it will be 40 million people watching each of those games. Where do you get exposure like that? So when people say, ‘When are you going to have a proper press conference?’ and the answer is never.

“Both fighters will be at the national championships, which will take place in 10 days,” said Arum of Fury and Wilder. “Even better, both fighters will be at the Super Bowl, which will have 90 million people watching just in the United States. So who needs press conferences when you can get that kind of exposure. Now we’re in 40, 60 and even 90 million stratosphere, and you can’t buy that type of exposure,” said Arum.

We’ll have to see if Arum’s brain-child of having no press conferences to promote Wilder vs. Fury 2 works out well. In a perfect world, the millions of football fans that see the advertisements for the Wilder-Fury rematch will remember to order the fight on PPV. But if they’re put off with non-football advertisements being done during the bowl games, they may tune-out, and ignore Wilder and Fury.

It would help if they had the charisma of someone like Conor McGregor. If they were like him, they could hook a lot of casual boxing fans to purchase their fight on ESPN and Fox Sports PPV.

“The fact that he’d beaten [Wladimir] Klitschko, then he disappeared, and no one knew the real story about what happened,” said Arum in giving his rationale for the low PPV numbers for the first Wilder-Fury fight. “The fact that he’d been out of sight for so long. So it wasn’t anywhere near the same [as the rematch]. Showtime was the one that was handling it, and for all their good intentions, it’s a very minor network.

“They don’t have that many homes. This isn’t really a fair comparison,” said Arum. Also, we’ve had a year to build up Fury in the United States, and thanks to ESPN, every sports fan in the United States knows who Fury is now. Not only do I believe Fury can stop Wilder, I’m sure that he will. I really believe he’s not going to leave it to the judges, and I believe he’ll use his superior boxing ability to take Wilder out,” said Arum.

Bob blames the low pay-per-view numbers for the first Wilder vs. Fury 2 fight on a combination of things. He sees it as a situation with Showtime not having a lot of subscribers. In addition, the U.S boxing fans not having seen Fury after he disappeared for 2 1/2 years following his win over Wladimir in 2015.

What Arum is missing is the fact that the American boxing fans hadn’t seen much of Fury before he fought Wladimir, and they weren’t impressed with the way he fought. Americans like to see action-packed fights. What they saw the Wladimir-Fury fight was a lot of running, slapping and holding by Fury.

“I think it’s really big, especially with the two big networks behind it,” said Arum on Wilder vs. Fury 2. “Where it ranks will be determined by the public and what kind of numbers we do on the pay-per-view, both here and in the UK.

“Hopefully, we’ll be able to get moving on that after the first of the year,” said Arum on the Joshua vs. Pulev negotiations. “Pulev, I talked to him in Bulgaria last week, and he’s pumped and ready to go. He’s going to surprise Joshua, I really believe that. I give Pulev a hell of a shot against Joshua, and I give my guy Tyson Fury a big shot against Wilder,” said Arum.

The collaboration between ESPN and Fox could be a good thing if the fans are excited about seeing Wilder and Fury fight again. He’s a good spoiler type of heavyweight, but he lacks the popularity of foreign heavyweight Anthony Joshua. If Wilder was fighting Joshua, there would likely be a lot more interest. With Fury, this might not be a huge fight, because he doesn’t have an exciting fighting style 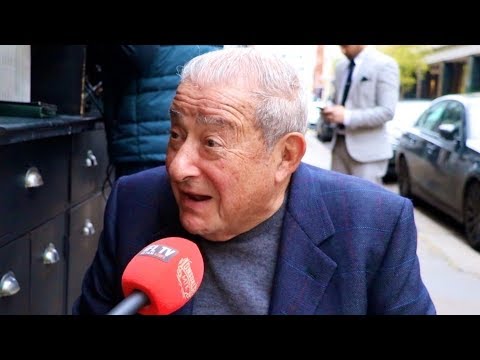 
« Frank Warren to Shakur Stevenson on Josh Warrington fight: ‘Our man wants it. Where are you?’

Ryan Garcia vs. Francisco Fonseca in the works for Feb.14 »