Ruiz vs. Joshua 2: can you pick a clear winner? 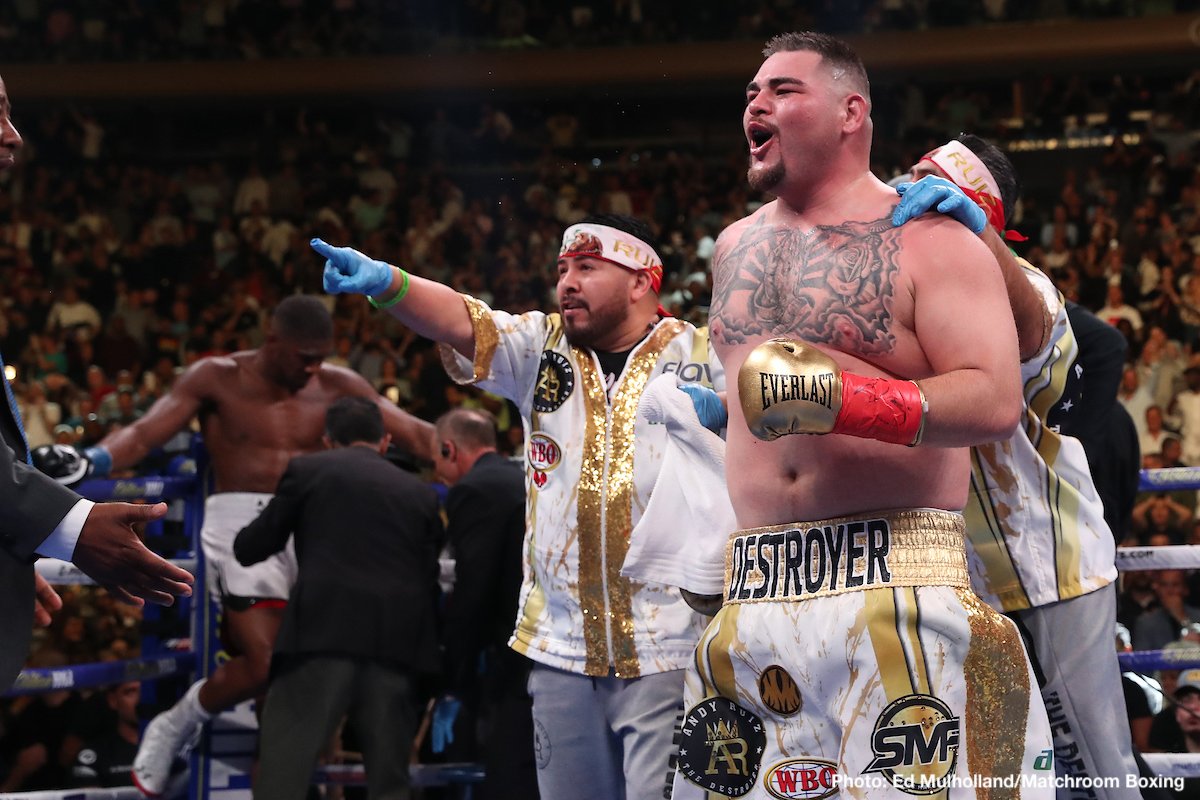 I do not doubt in my mind that this is a great fight for boxing fans to watch, not only because the styles mix well to deliver once more time a tremendous fight. No, it also brings the need to know if the upset of the year last June was a result of what some call a lucky punch (must have been at least twenty shots) or if the boxer who was defeated was just too overhyped to begin with.

Joshua and Ruiz have both lost weight

There is no need to say that this is not an easy pick to make, as it will be hard to predict the outcome of this bout. If you add that both boxers have dropped weight, then this might be a new fight that has little to nothing to do with the first Joshua-Ruiz clash last summer on June 1.

I do believe that Joshua is making a big mistake by dropping too much muscle weight in preparing for the rematch. Not only because he doesn’t know how his body will react, but it’s also too damn risky to try to find out against the boxer who previously beat him from pillar to post just last June. Yeah, sure it could improve Joshua’s stamina and hand speed for the rematch, but as I said, I don’t like it.

Many boxing pundits and fight fans (me included) thought that Joshua needed a new trainer after his dramatic knockout loss to Ruiz Jr., but he stayed with his long-time trainer Robert McCracken. For sure, that shows loyalty, but I think that Anthony needed someone new, at least as an advisor.

Joshua needed someone with even more experience to help him prepare for the rematch. Last time Joshua didn’t obey his trainer’s corner advice, and I wonder if he will do it this time around.

I’ve read that Ruiz Jr also dropped weight in getting ready for his rematch with joshua. Well, that might help him to improve his stamina, and his already fast hands and feet. But, as the saying goes, ‘if it aint broke then why fix it?’ I mean, Ruiz didn’t beat Joshua due to his physical attributes.

No, Andy beat him due to his heart, hunger and determination, boxing skills and ring smarts. So, Ruiz only needs to have a good Plan A and Plan-B in order to guarantee him the victory. There’s NO need for Ruiz to mess up his body by losing weight.

Anyways, I bet that the reader must have a different view from mine related to Ruiz’s weight drop, but maybe you the fight fans could agree with me on the next line. I felt quite disappointed to see that promoter Eddie Hearn decided to bring the fight to Saudi Arabia instead of having the rematch at a big stadium in the United Kingdom. But hey, this is pro boxing,and as the reader already knows, we fight fans often get overlooked in favor of big bucks.

Will the absence of two of the biggest, most loud and loyal fan bases take the championship atmosphere out of the event? Call me crazy, but I will miss the UK and Mexican fan bases in this Joshua vs. Ruiz 2 rematch on December 7.

Will Ruiz hold onto his titles?

In the past, many heavyweight challengers have conquered a world title and also many failed to last long. A lot of newly crowned champions weren’t able to get passed a direct rematch or to hold on to the organization’s alphabet titles for long. Why does this happen? Was the pressure on the new champion too much to handle? Was it just a night off? Further, was the hunger no longer there or was it that the former champion was able to adjust?

Back in February 1978, Leon Spinks, a big 10-1 underdog, beat Muhammad Ali by a 15 round split decision to win the WBC and WBA titles. But just seven months after that big upset in the direct rematch, Ali defeated Spinks by a 15 round unanimous decision to regain the WBA strap.

Back in 1990 at the Tokyo Dome in Japan, the biggest underdog ever at 42-1 beat the undisputed heavyweight champion of the world ‘Iron’ Mike Tyson by a 10th round knockout.

Holding onto world titles is difficult after upset wins

Back in April 2001, another hungry and determined challenger named Hasim Rahman shocked the boxing world when he knocked out an overconfident huge 20-1 favorite champion Lennox Lewis in five rounds. Seven months later Lewis regained his titles by a knockout of the year nominee in four rounds.

I guess that we can include the Wladimir Klitschko unanimous decision loss to yet another hungry and determined young lion in Tyson Fury. Back in November 2015, ‘The Gypsy King’ did the unthinkable for many boxing pundits. Going into the Klitschko vs. Fury fight, I thought it was a coin toss on who would win the bout. I was still surprised to see Fury win in Germany by a clear decision against a 4-1 favorite Klitschko. The rematch was signed and officially announced but the fight fell apart due to Fury’s mental issues.

Joshua needs to change the way he trains

If Joshua loses the rematch with Ruiz, he should reconsider his training methods and stop focusing on building up his physique as much, and start to train as old school champions once did. However, if Joshua wins the rematch, then he should also consider training properly, because there is no way he can outbox lineal champion Tyson Fury or beat to the punch WBC champion Deontay Wilder.

If Ruiz Jr. loses the rematch with Joshua next Saturday, then he can relax and look for good fights ahead. But, if he wins, well then it would be a very interesting 2020 for the heavyweight division.

Maybe it was just luck on Ruiz’s part or perhaps it was an off night for Joshua last June that led to him losing. For sure, the first fight was a match of the year nominee, but can the reader pick a clear winner?